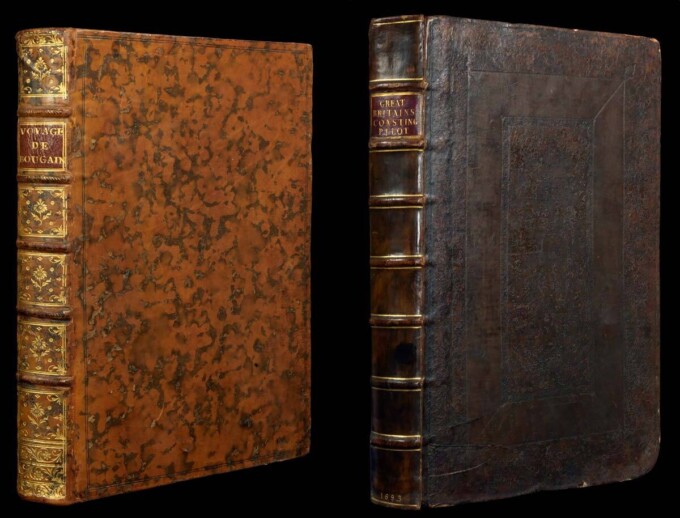 A new leaf, often the title page, to which changes have been made, which is glued onto the narrow stub left by the removed leaf which has been excised.

A tablet, for inscription (e.g. the titling of maps) or ornament. 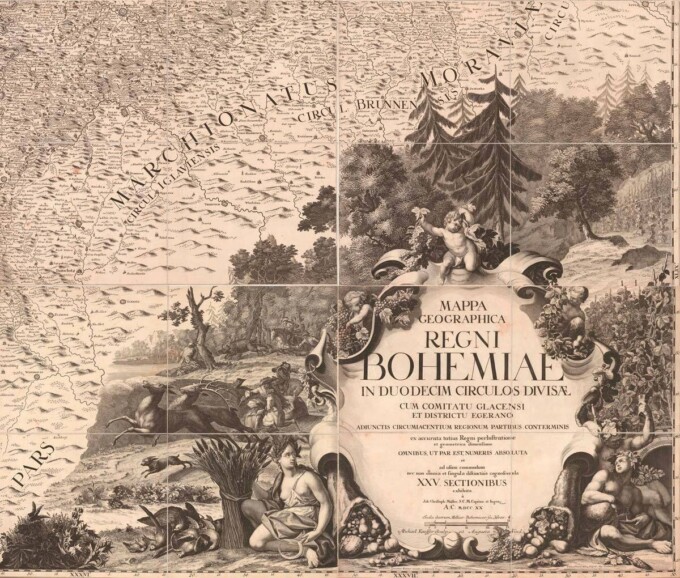 The covers enclosing a book, usually made of thick cardboard, or a specially made case for a book or map.

A catalogue raisonné is a documentary listing of all the works by an artist that are known at the time of compilation.

A case or folding tray into which a book or map is laid, usually used in conjunction with a case into which the chemise is slipped (a slipcase). 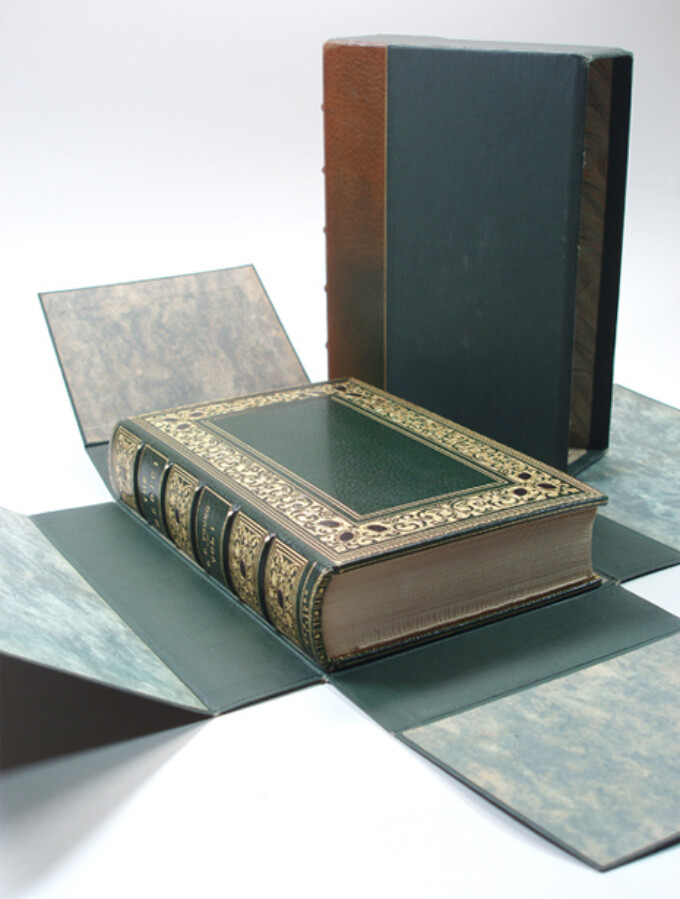 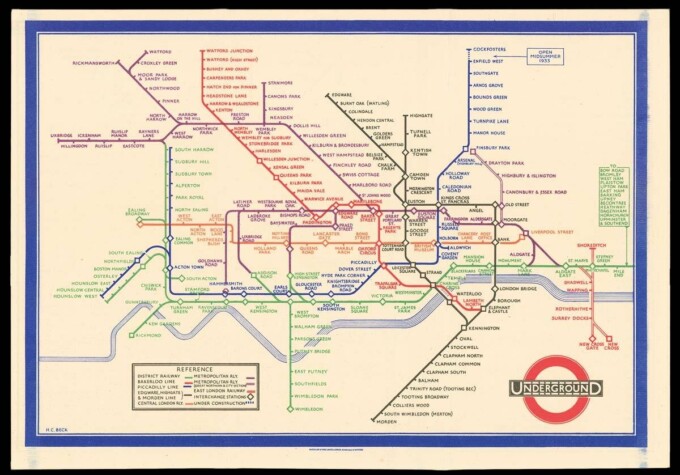 Clasps, like bosses and corner-pieces, were part of the protective armour of medieval (and post-medieval) bindings. A clasp, either of metal with a hinge, or with an intervening strip of leather or textile, on one board snapped into a catch on the other. Its object was to keep the book closed, relieving any strain on the joints from casual movement. In England and France the clasp was on the upper board, the catch on the lower; elsewhere in Europe the positions were reversed. 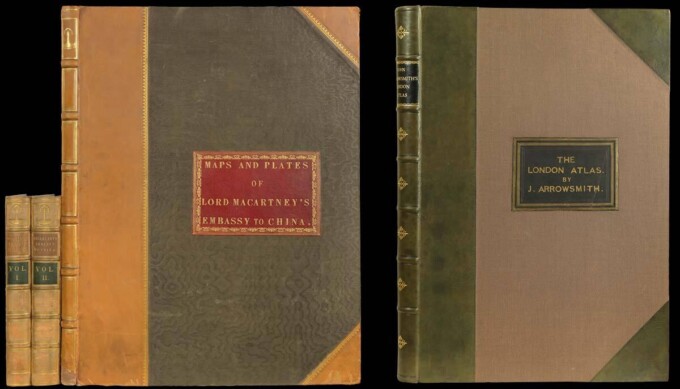 Used in descriptive bibliography as the term that describes the non-binding portion of the book, verifying the proper sequence and completeness of pages & their gatherings (signatures).

A statement occurring at the rear of a volume following the text, relating information about the printing history and physical aspects of the book; often includes name of printer, type of paper, typeface, size of edition, date of printing, etc. Early books often had a colophon instead of a title page imprint and modern private press or other examples of fine printing often use a colophon.

Ruled lines forming a square border or frame on a binding, which is done in gilt or blind. 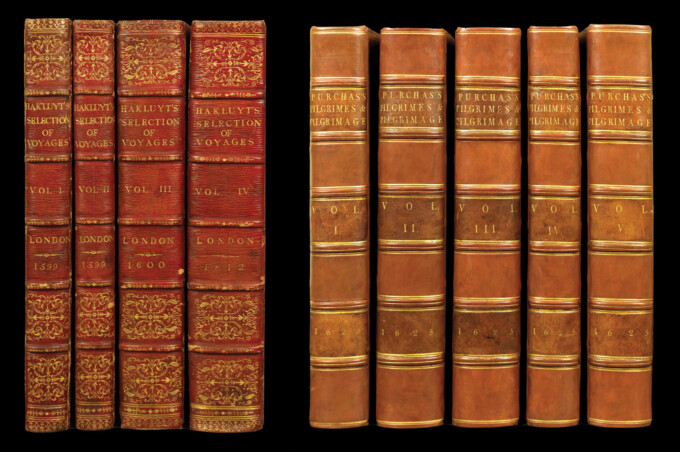 Leaves that are physically attached, part of the same sheet.

Counterproofs: In printmaking, impressions taken from a print or drawing by passing it through a press against a damp sheet of paper. The image appears in reverse. 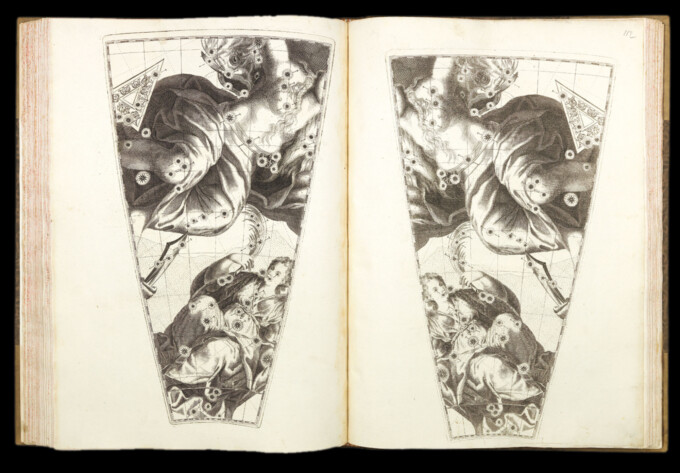 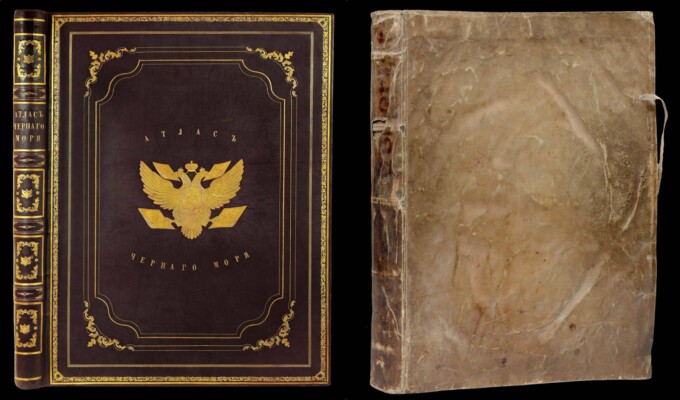 The margins of the map or book have been trimmed, usually too close to, or into, the text or image. 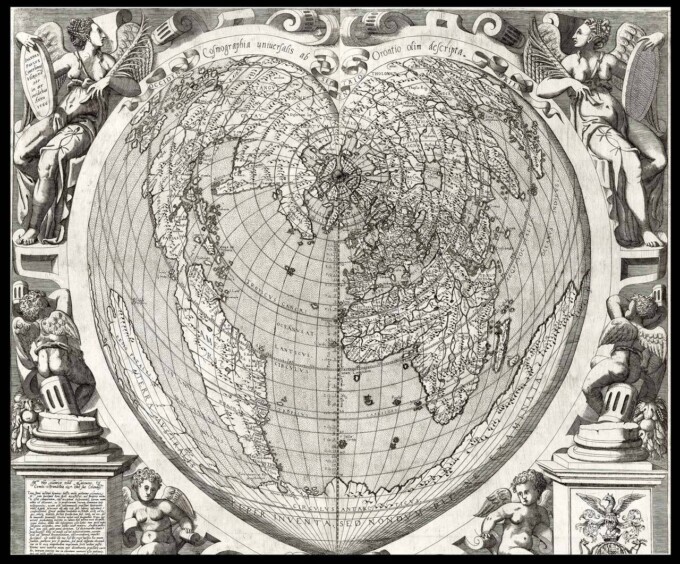 The most common type of book edges, trimmed even with a large binders knife prior to finishing the binding process (see also uncut, unopened, and deckle edges).