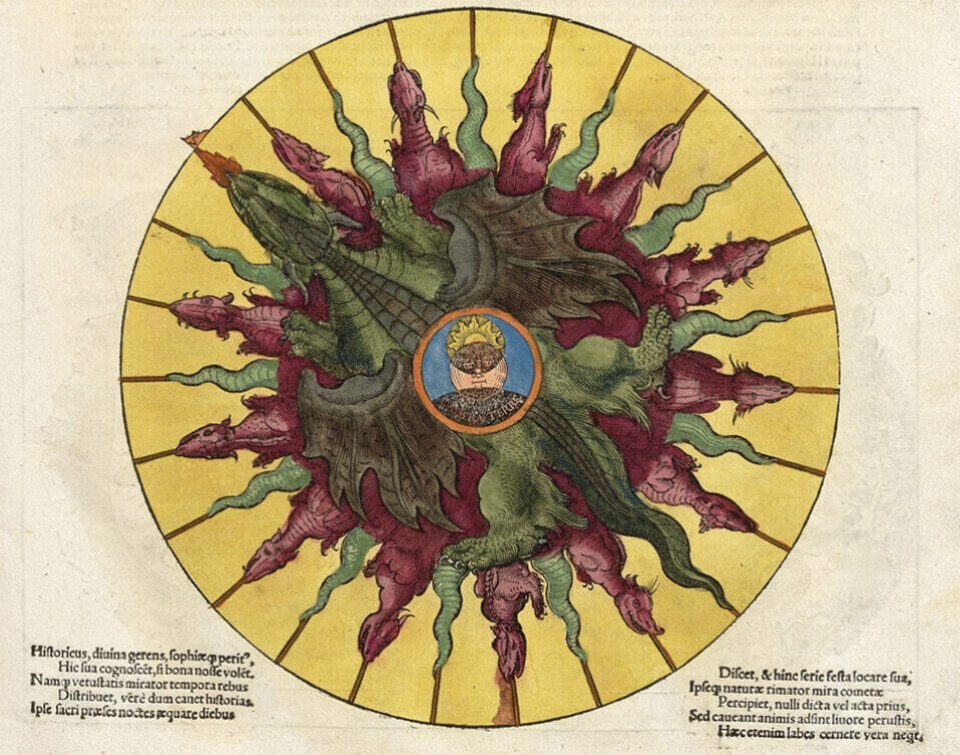 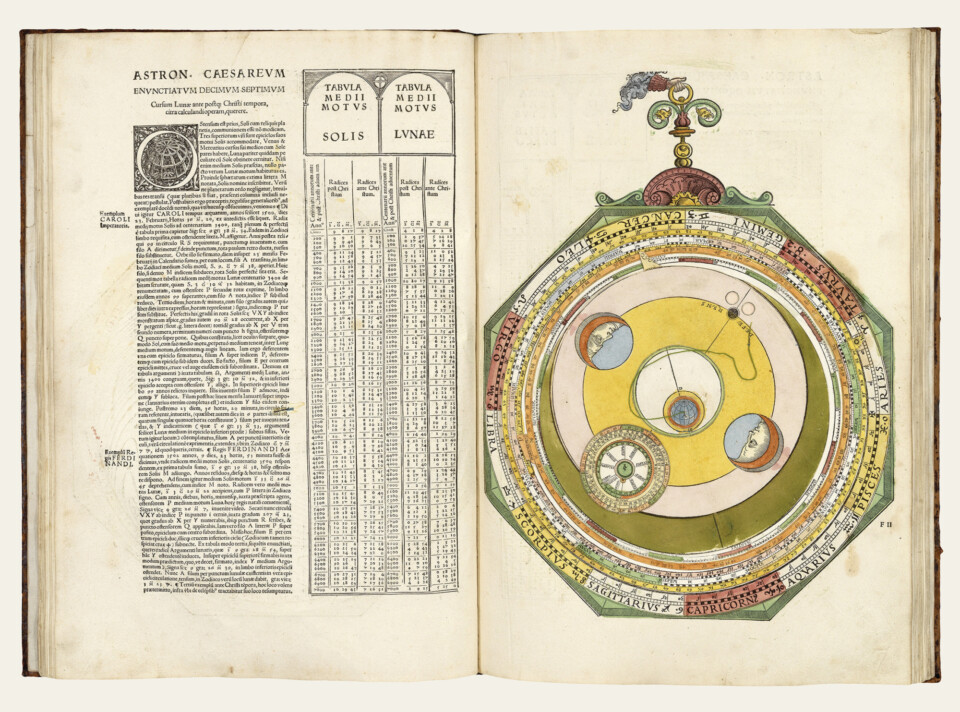 First edition of ​“the most luxurious and intrinsically beautiful scientific book that has ever been produced” (de Solla Price), in an extraordinary hand-coloured early issue, as attested by the letterpress cancel slip on f. K1r.

The author of this popular textbook in astronomy is Petrus Apianus, astronomer and professor of mathematics at Ingolstadt, and a veritable pioneer in the production of astronomical and geographical devices. Apianus’s work on the project began eight years before and the ​‘Astronomicum Caesareum’, which was printed in his private press at Ingolstadt, is considered ​“the most spectacular contribution of the book-maker’s art to 16th-century science” (Gingerich).

The handbook is divided in two parts. The first (ll. B1–M3) includes 40 chapters with maps reproducing the position and the movement of celestial bodies. The second part describes the meteroscope, an instrument designed to solve problems in spherical trigonometry, and relates the sighting of five comets: ​“The Astronomicon is notable for Apian’s pioneer observations of comets (he describes the appearances and characteristics of five comets, including Halley’s) and his statement that comets point their tails away from the sun. Also important is his imaginative use of simple mechanical devices, particularly volvelles, to provide information on the position and movement of celestial bodies” (DSB). 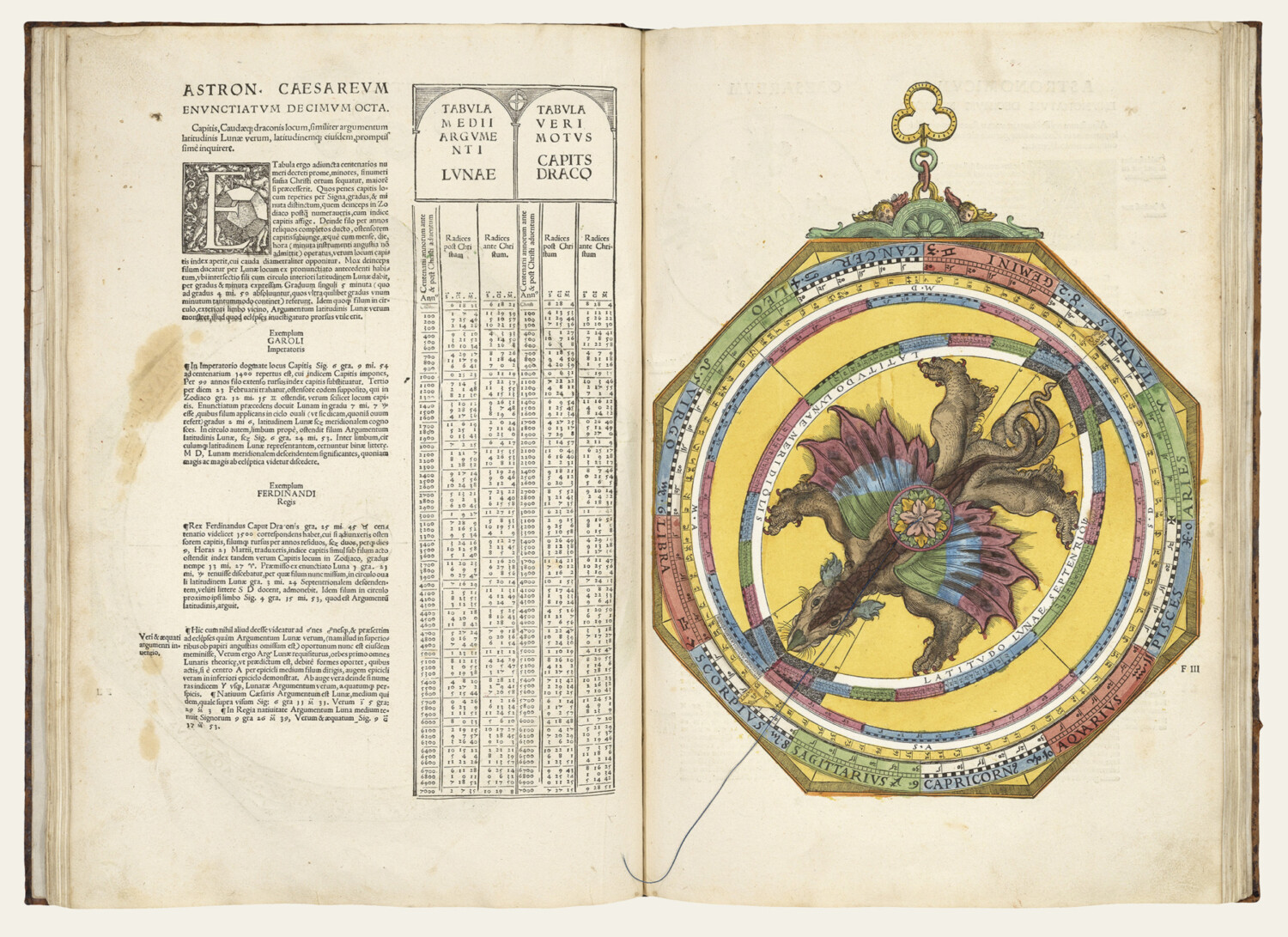 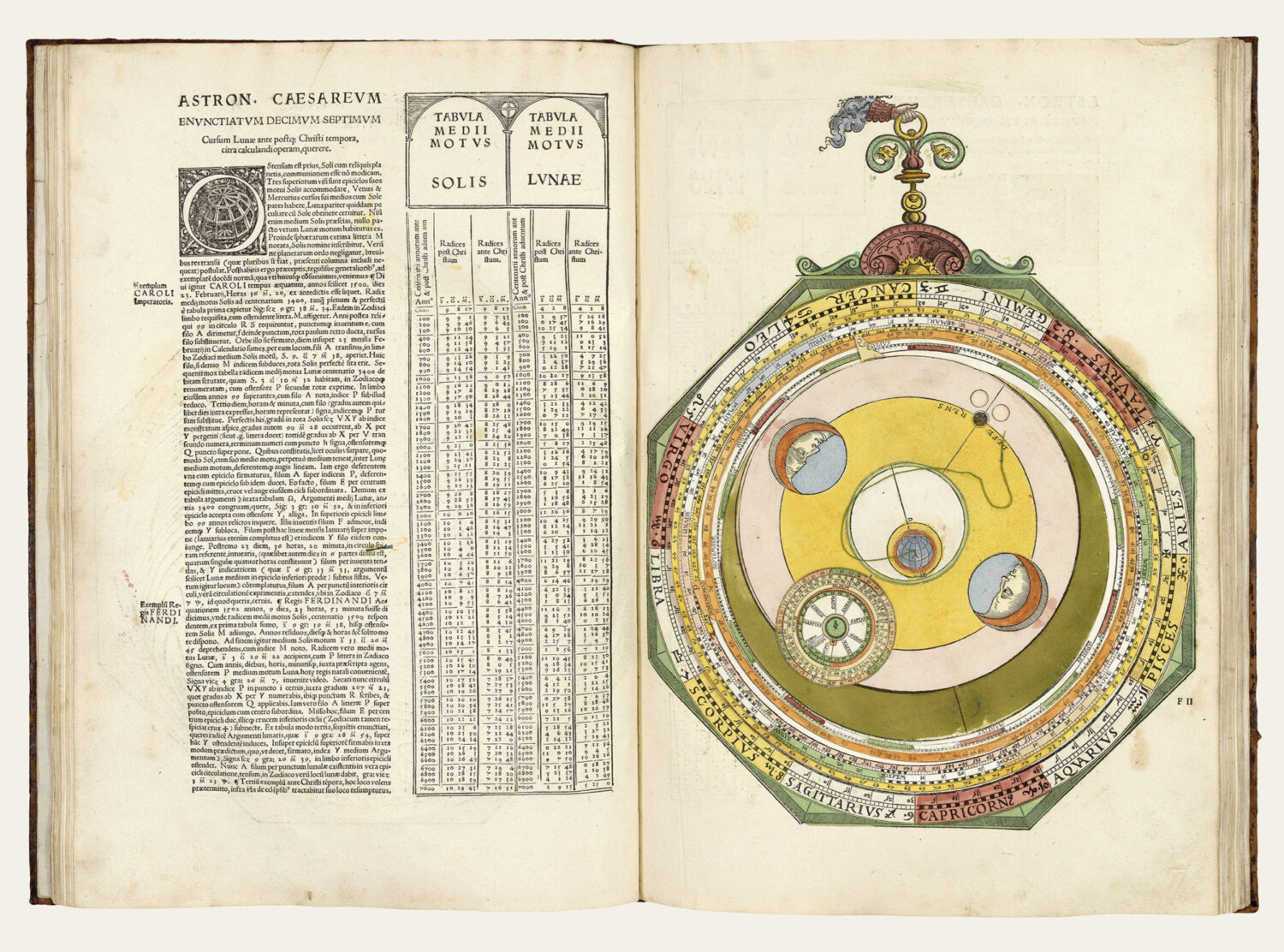 For the dissemination of calculating technology in a standardised and reproducible form, the appearance of ​“paper instruments” has been compared to nothing less than the advent of printing (Poulle).

“Some 35 copies of the Astronomicum Caesareum are known today. Fabulously expensive to produce and prohibitively expensive to buy, it was always a rare book. Nicholas Wotton reported in 1544 from the Diet of Speyer that Apian would give Henry VIII a copy, for otherwise the king would not be able to get hold of it; Edmund Halley tried in vain to obtain a copy” (Hebron).