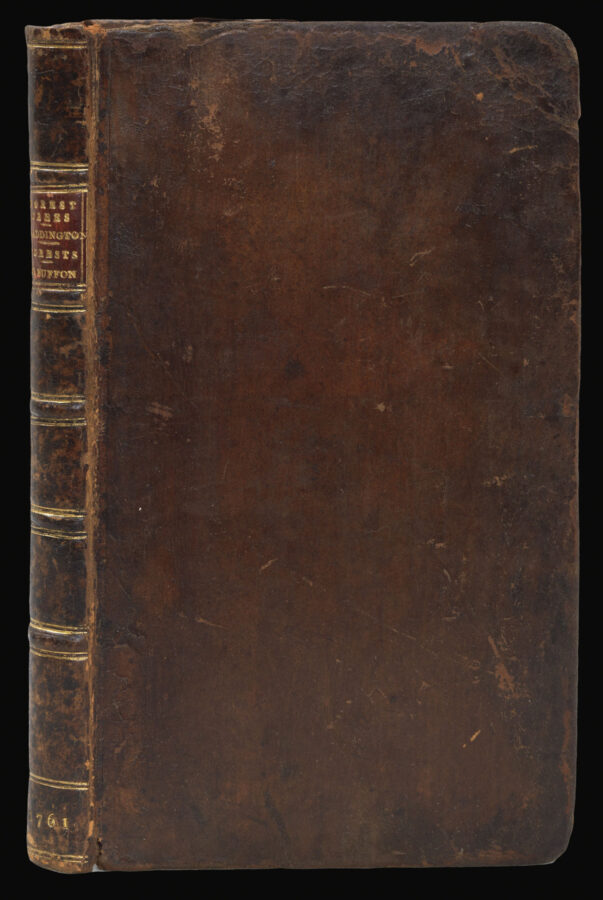 By [HAMILTON, Thomas] The Earl of Haddington, 1761

A Treatise on the Manner of Raising Forest Trees &c. In a Letter from the Right Honourable, The Earl of — to his Grandson. To which are added, Two Memoirs; the one on Preserving and Repairing Forests; The other on the Culture of Forests. Both translated from the French of M. De Buffon of the Royal Academy at Paris.

This small hand-book was dedicated by the sixth Earl of Haddington, Thomas Hamilton, to his grandson Charles, who was eight at the time of publication. As the owner of Tyninghame House, a mansion in East Lothian, Scotland, Hamilton was responsible for its vast estate, transforming it into a park with avenues and plantations. Importantly, he was sure to preserve 400 acres of forest area, called Binning Wood. Here he compiles his knowledge of various trees, grasses and tools into a manual for his grandson, who would eventually inherit the property. When Charles did eventually become the eighth Earl of Haddington, he also inherited responsibility for Holyrood Park in Edinburgh. In this role, he caused controversy by refusing to allow the extension of its paths and planted areas, but more seriously by quarrying on the site of the Salisbury Crags. Despite this contentious activity, Charles did preserve the family lands in East Lothian, which are still maintained today, with an obelisk commemorating the works of Thomas Hamilton.

It was not only his grandson, however, who found the Earl’s advice on forestry to be a useful guide. The treatise was widely acclaimed in horticultural circles, considered one of the best books concerned with Scottish forestry (McDonald), containing ​“very excellent practical instructions on raising and planting different forest trees, many of which are worthy of attention in the present day” (Sabine).

Alongside Hamilton’s own writings, the volume also contains two memorials of reports given by De Buffon to the Royal Academy at Paris, to supplement the Earl’s history of forestry, examination of various types of tree, and explanation of fencing and trimming precautions. The first is chiefly concerned with the preservation of woodland, for fear that ​“the forests, that noblest part of the demesnes of our Kings, will become uncultivated lands” if not properly maintained (p. 3). The second addresses the widespread ignorance De Buffon had observed in the agricultural industry, since ​“the manner of cultivating corn, the vine, pulse, and the other productions of the earth which are reaped every year, is much better, and more generally known, than the method of keeping up, or cultivating a Forest” (p. 109).

After expressing the importance of carefully maintaining a woodland, and explaining the difference in soil qualities, he leaves the reader with a warning about the dangers of field mice. Hamilton’s compilation of his own paternal guidance and these two technical reports equipped his grandson, and many later agricultural enthusiasts, with a wealth of information about forestry. The work went through twelve editions, but as a first-edition, this example is particularly rare on the market. 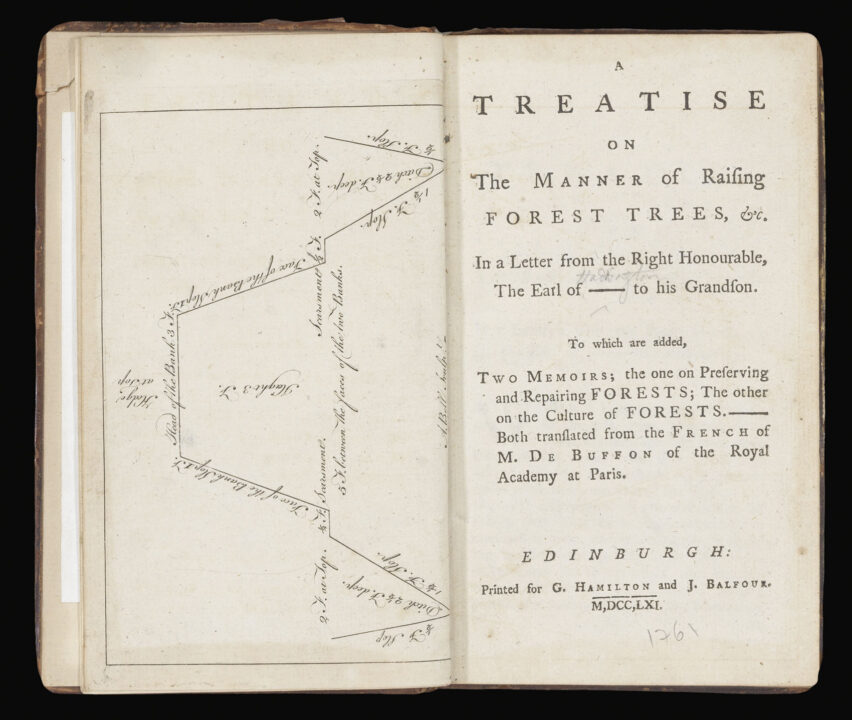