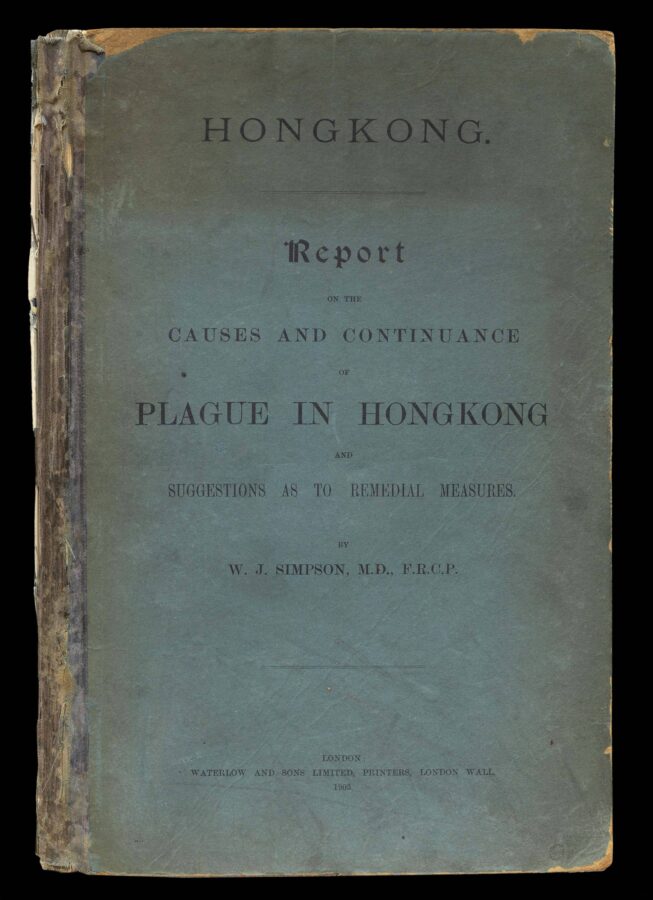 Uncovering the mystery of the Hong Kong Plague

The plague hit Hong Kong in May 1894 with devastating results. It swept through the colony quickly and brutally, leading to thousands of deaths and widespread unease. At the core of the crisis was the mystery around the source of the plague – where it came from, how it spread, and how to stop it. Sir William John Ritchie Simpson’s publication in 1903 sought to answer these questions with his research presented in a series of charts, graphs, maps, and explanatory text to shed light on this deadly enigma.

The plague arrived in Hong Kong via Canton, where the outbreak began in January of 1894, likely from transmission through the Indian trade routes. Hong Kong was officially declared an infected port on May 10th 1894, and by July the colony already suffered 2442 deaths. Hospitals were overflowing with infected patients and panic was widespread and rampant – Sir William Robinson lamented, ​“without exaggeration, I may assert that, so far as trade and commerce are concerned the plague has assume the importance of an unexampled calamity”. Between May and October of that year, more than 2,000 people died from the plague and a third of the population fled Hong Kong.

As the months passed and the weather grew cooler, the plague abated, but it returned almost every year taking thousands of lives between February and March before virtually disappearing in the autumn.

The root cause of the plague eluded scientists and government officials, despite efforts to eradicate the disease from the colony. Suspicious that unsanitary living conditions were to blame, the government ordered house to house inspections and thorough disinfection.

Dr. Gomes da Silva, the Principal Medical Officer at the Portuguese colony of Macau identified weather patterns as having an influence on the outbreak of the plague, which riddled Macau in 1895. When the conditions in the summer were dry, the disease seemed to flourish, whereas early and abundant summer rain lessened the severity of the plague. He got one step closer to the answer by noting that the disease seemed to attack ​“only Chinese… and rats”.

Simpson, a professor of hygiene at King’s College London, expanded on this link between the plague and rats. He travelled to Hong Kong on January 5th 1902 and remained until July 10th and published his findings the following year. He notes ​“no success is likely to accrue from the adoption of any measure limited to dealing with plague in human beings and which does not take cognizance of the fact that plague in rats and mice also disseminate the infection”. He points out the futility of cleansing houses given the ​“subterranean movements” of the rats in sewers, drains, and burrows. Simpson included a graph showing a correlation between the increased incidences of the plague with a rise in temperatures, but does not fully understand the underlying cause.

Although Simpson was not able to fully explain the cause of the plague, his publication outlines a number of measures to curtail and slow the spread of the plague, including swift disposal of dead bodies, improvement of sanitary conditions, oversight of tenement block design, and the establishment of a plague department to research and investigate the source of the plague and its cure.

Simpson’s seminal publication led to the establishment of the Public Health and Buildings Ordinance in 1903 that oversaw an improved set of standards for the design and occupancy of buildings.

In 1905, the mystery of the plague’s origin was solved. The Plague Research Commission of India in Bombay determined that the bacillus, Pasteurella pestis, came into the human bloodstream through flea bites which were carried by rats. With house refuse in Hong Kong thrown into the street, coupled with a lack of rain to clear it away, the rats thrived and so did the fleas. When the fleas decimated the rat population, they moved onto bigger victims – humans.

Despite this new understanding of the cause of the plague, the disease continued to afflict Hong Kong until 1929, when two final cases were recorded. In total, between 1894 and 1929, over 24,000 cases of the plague were recorded and 90 percent died. 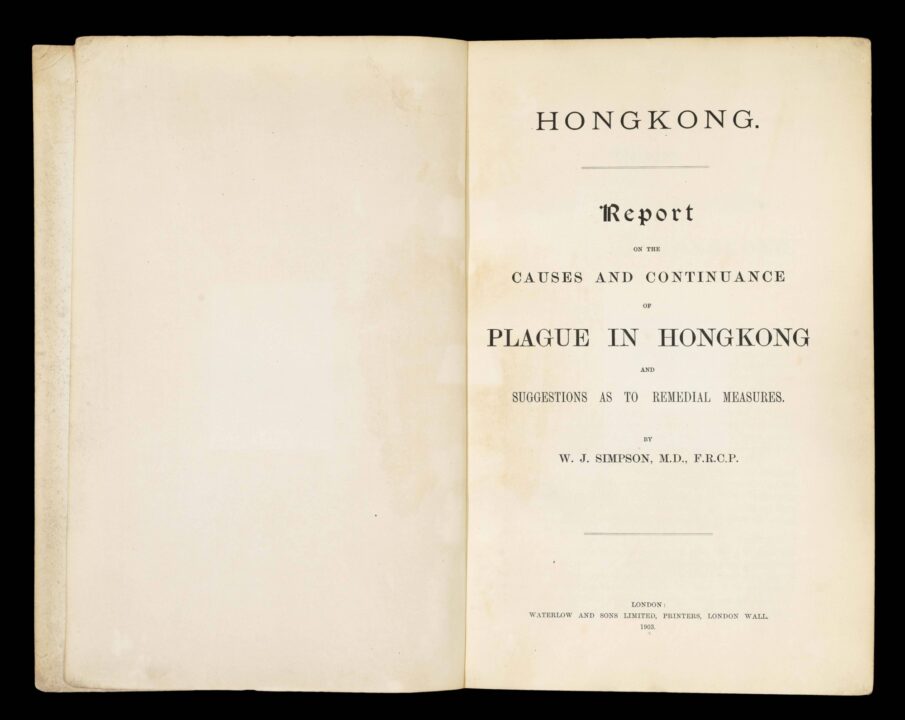 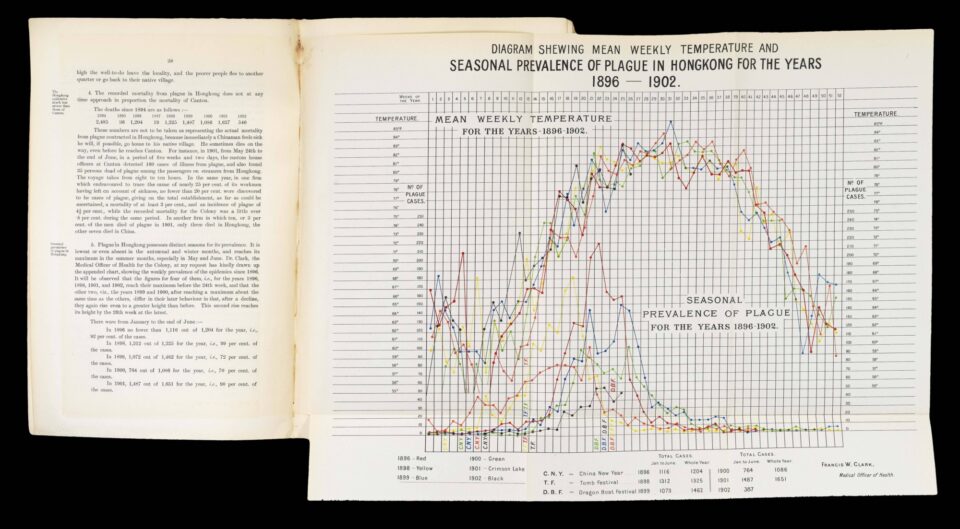 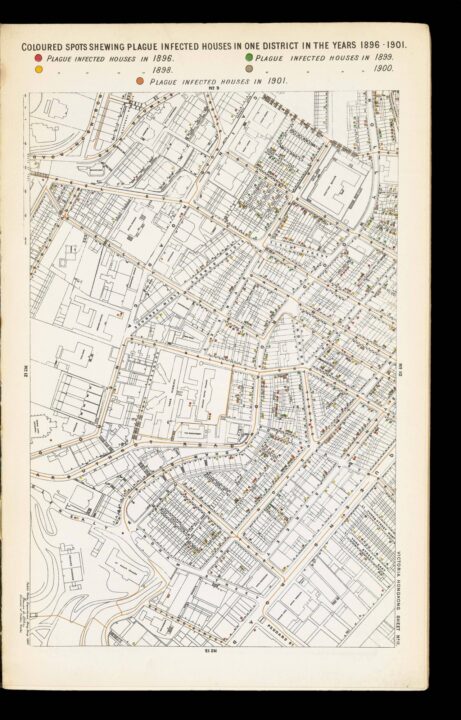 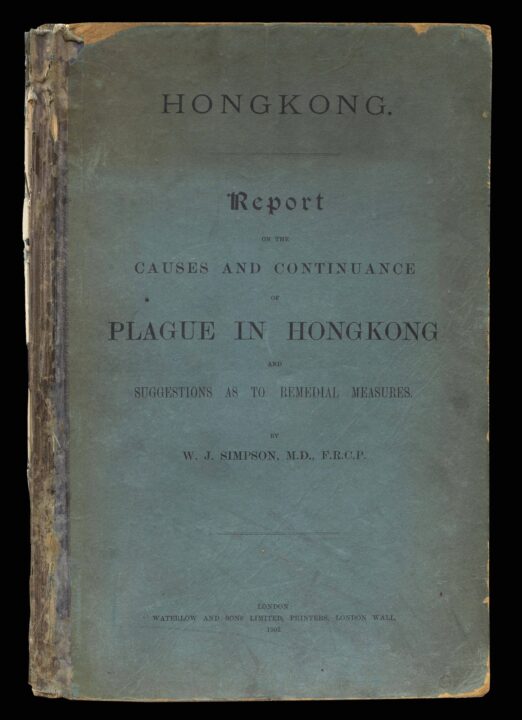 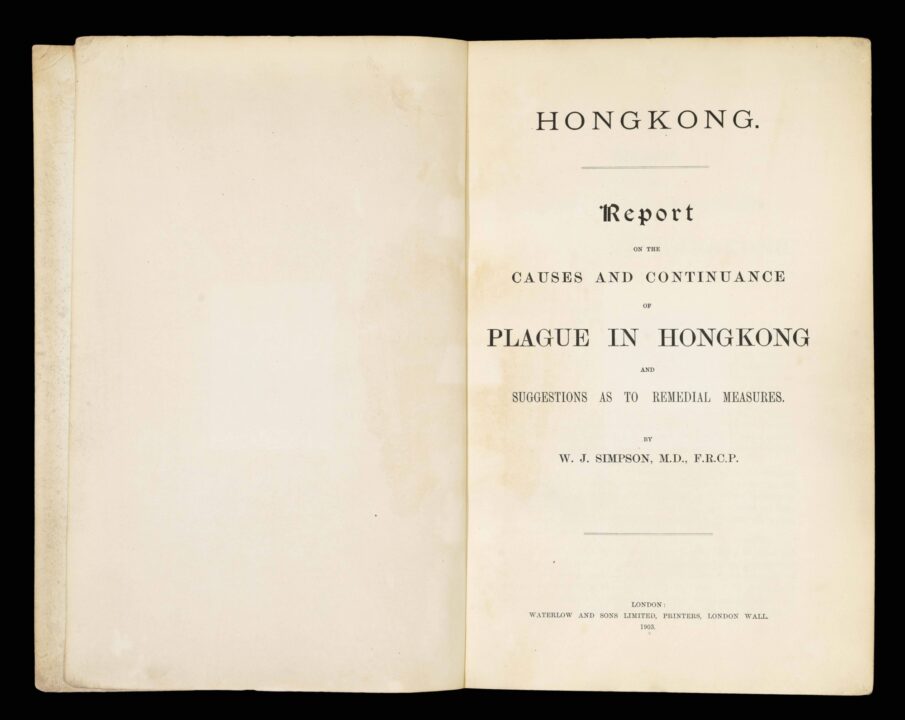 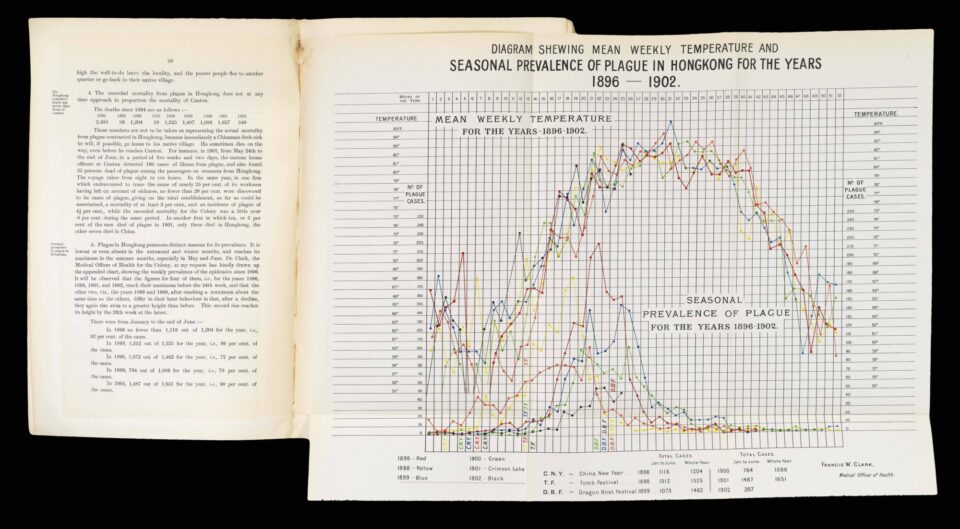 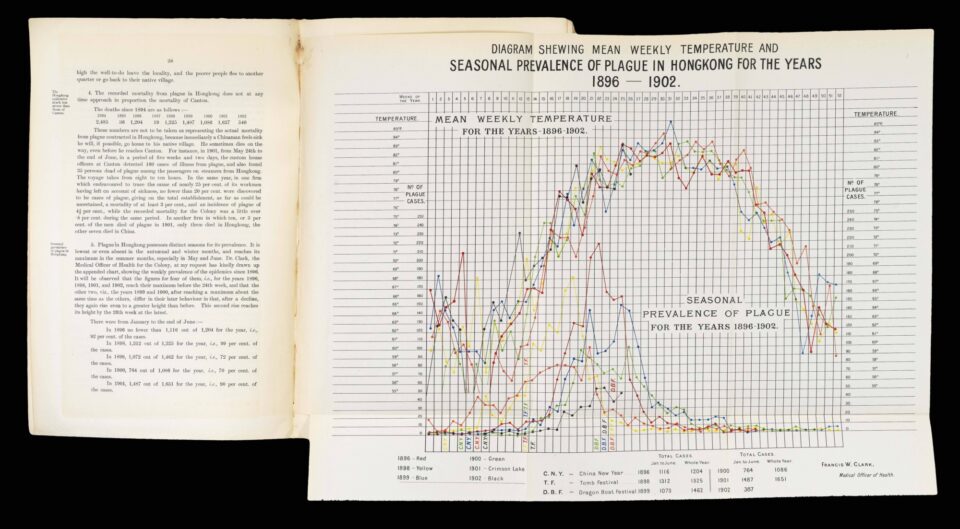 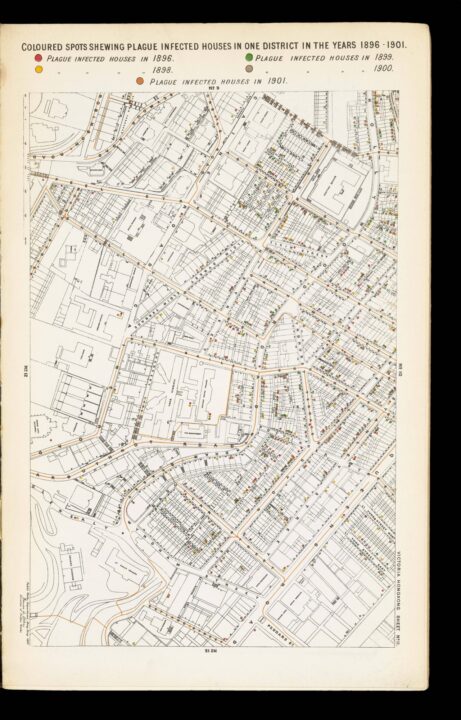 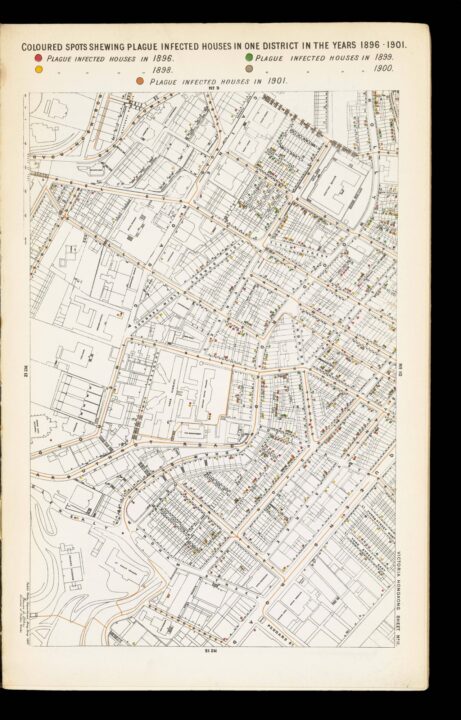