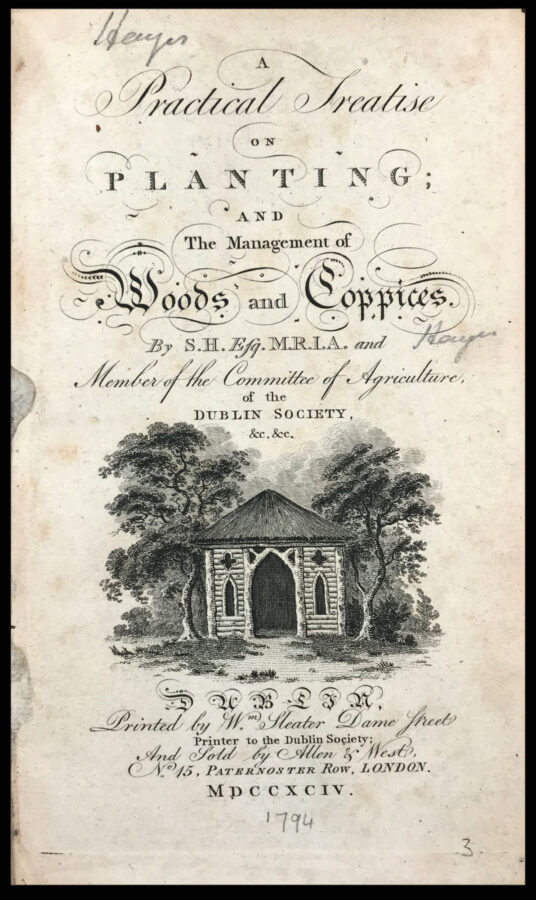 Trees as the original superstructures

A practical treatise on planting: and the management of woods and coppices

Rare first edition of the first book to be published on Irish trees.

Samuel Hayes (1743–1795) was an Irish statesman, barrister, architect, draftsman and passionate dendrologist. During the eighteenth century, Ireland was facing a forestry crisis. After exporting its timber for hundreds of years, it was suddenly forced to import the material, and visitors to the country are said to have been struck by its lack of trees (Mulvihill). Hayes was determined to tackle this problem, and approached parliament in 1788 with a petition entitled ​‘An act for encouraging the cultivation and better preservation of trees’. Six years later, the Dublin Society commissioned him to write a simple guidebook to the woodlands of Ireland. Hayes, however, wanted to inspire a love of arboriculture, and subsequently devoted himself to the task of producing an extended treatise on the planting of trees.

The book was published the same year, and proved ​‘groundbreaking’ (Mulvihill) within the dendrology community. Hayes particularly advocates the use of coppices, rare in Ireland at the time, to generate greater growth of indigenous trees. The first part of the work provides detailed instructions for planting trees, drawn from his own 20 years of experience managing and cultivating his estate. In the second part, he examines many of the major Irish estates, describing the quality and quantity of the trees found there. Hayes’ passion for arboriculture is palpable. He laments, for example, the introduction of an iron forge in the Shillelagh oak woods as the ​“bane of all our times” and refers to a particular parade of yew trees as ​“a considerable superstructure”. The etched vignettes interspersed with the text were also made by Hayes, his skill as a draftsman undoubtedly honed by his practice as an architect.

After the initial publication in 1794, ​‘A Practical treatise on planting’ was reissued twice in the early nineteenth century. In 2003, a facsimile edition was published by the Irish Tree Society, giving a new lease of life to the ​‘groundbreaking’ work (Mulvihill). The first edition is particularly rare, with only seven examples held in institutions, and seven other examples appearing on the market in the past 50 years. 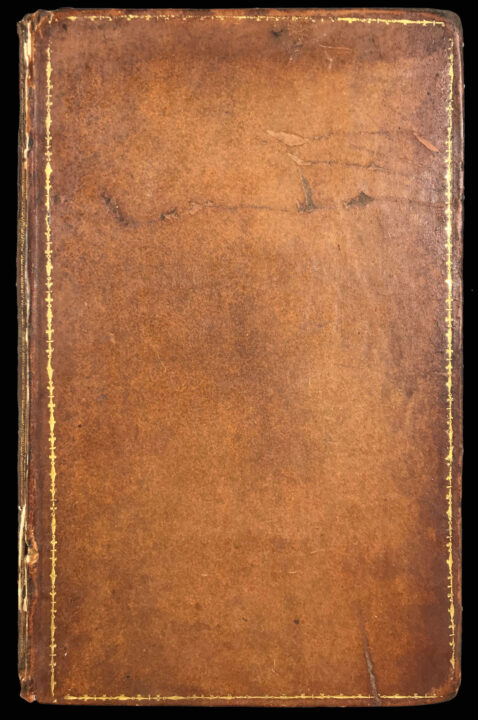