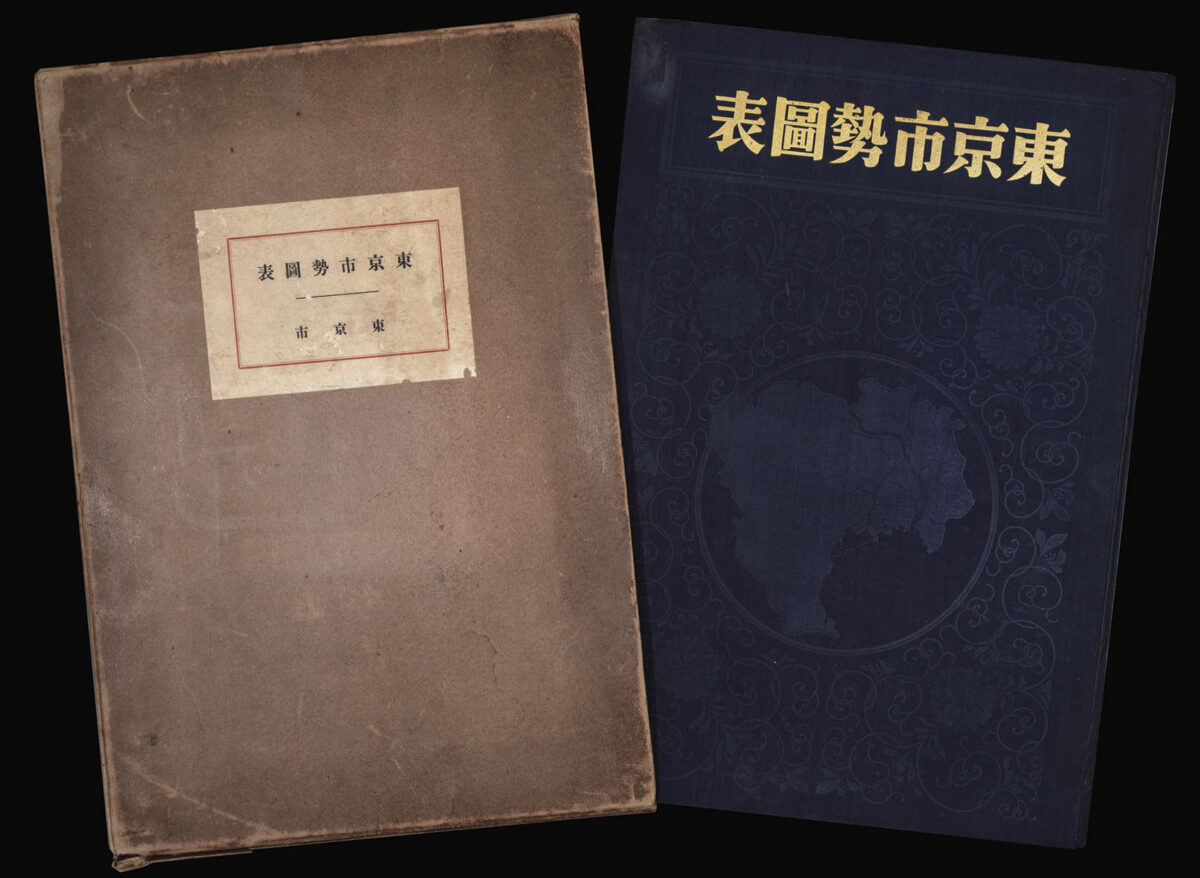 A beautiful example of the use of the isotype technique in depicting quantitative information through coloured symbols, illustrations or pictograms. The isotype (International System of Typographic Picture Education) was developed in Vienna between 1925 and 1934, particularly by Otto Neurath (1882–1945), and was soon being used in Japan to great effect.

In Ohashi’s book, Tokyo is depicted multiple times in differing formats, each of which clearly shows geography, topography, infrastructure, demographics, urban growth, population, industrialization, communications, and wealth, amongst others.

Rare: only one institutional example located, at Columbia. 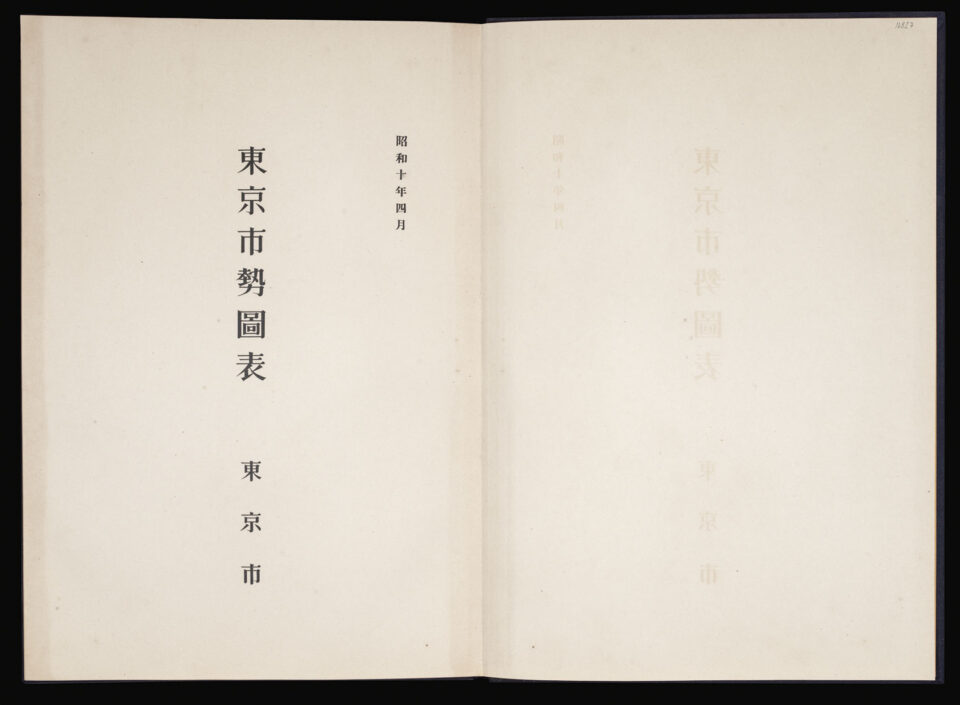 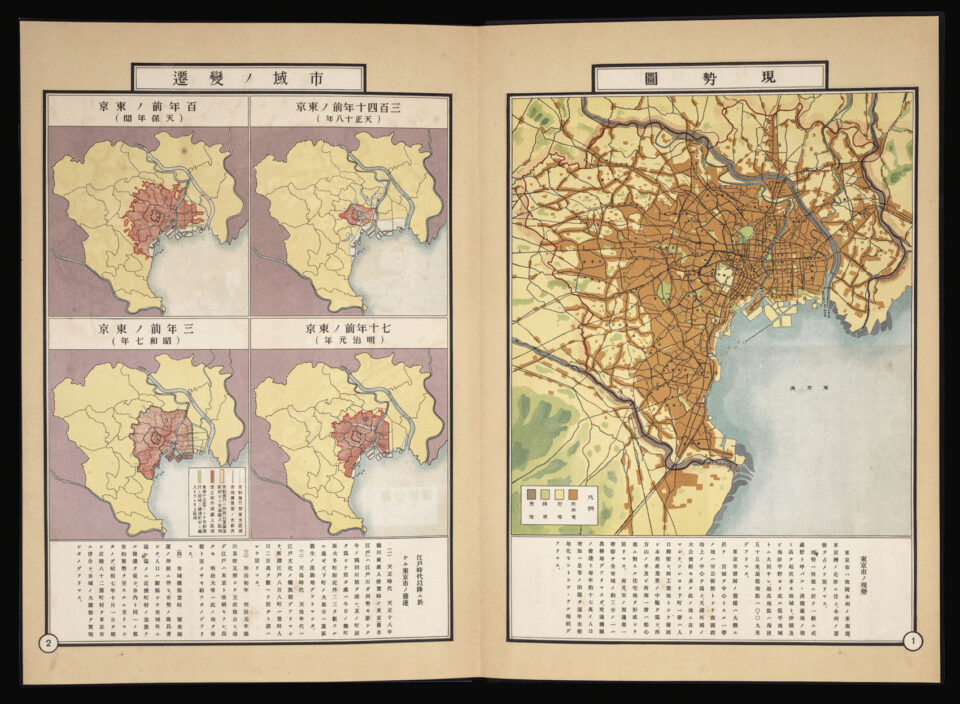 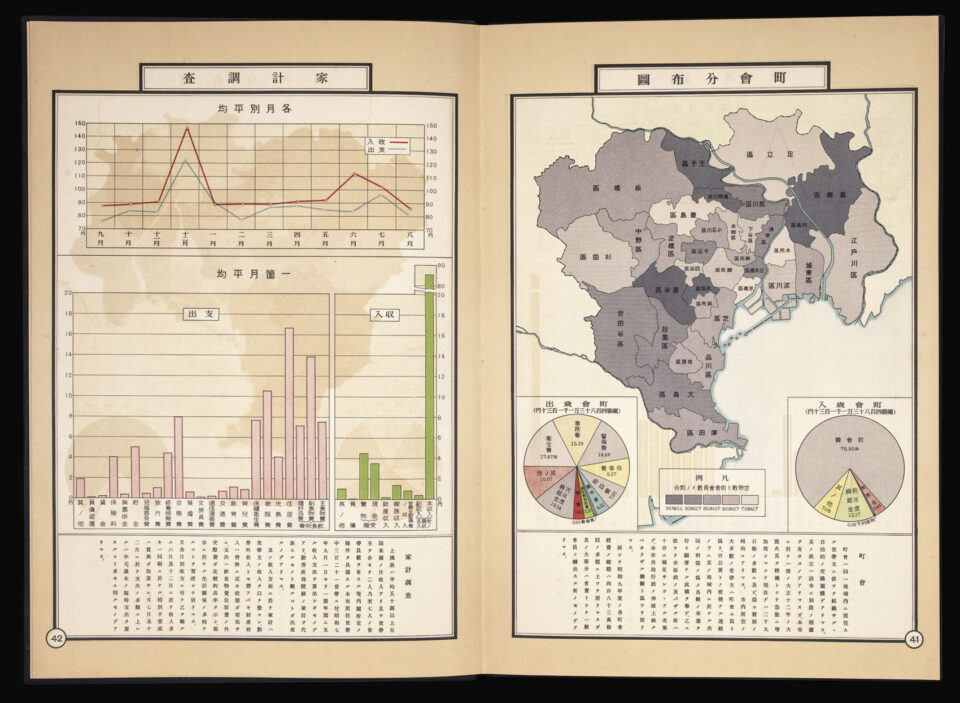 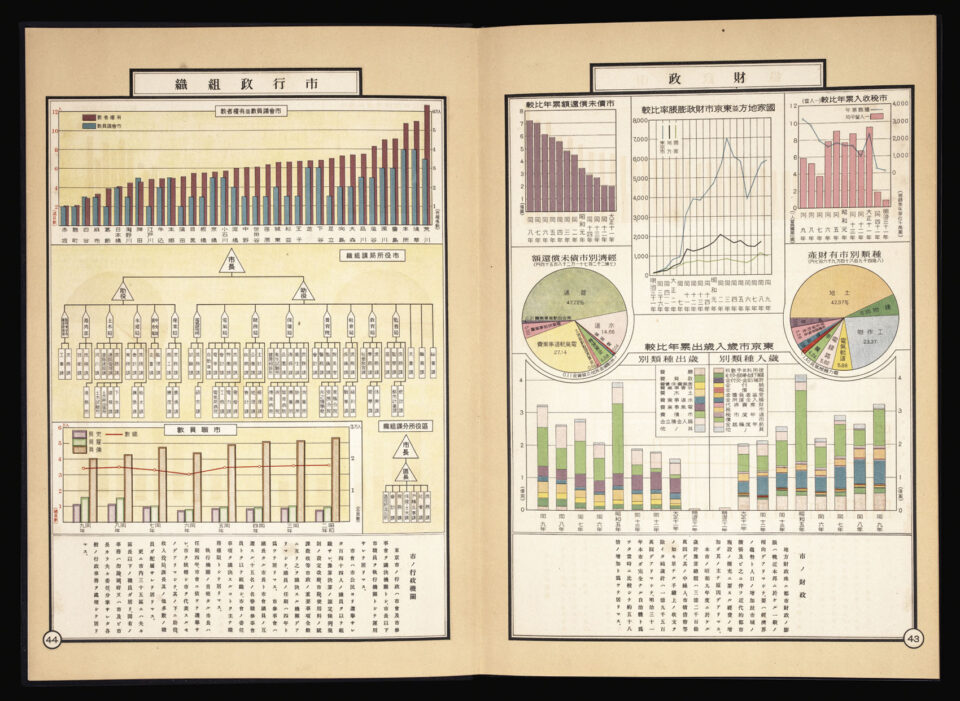