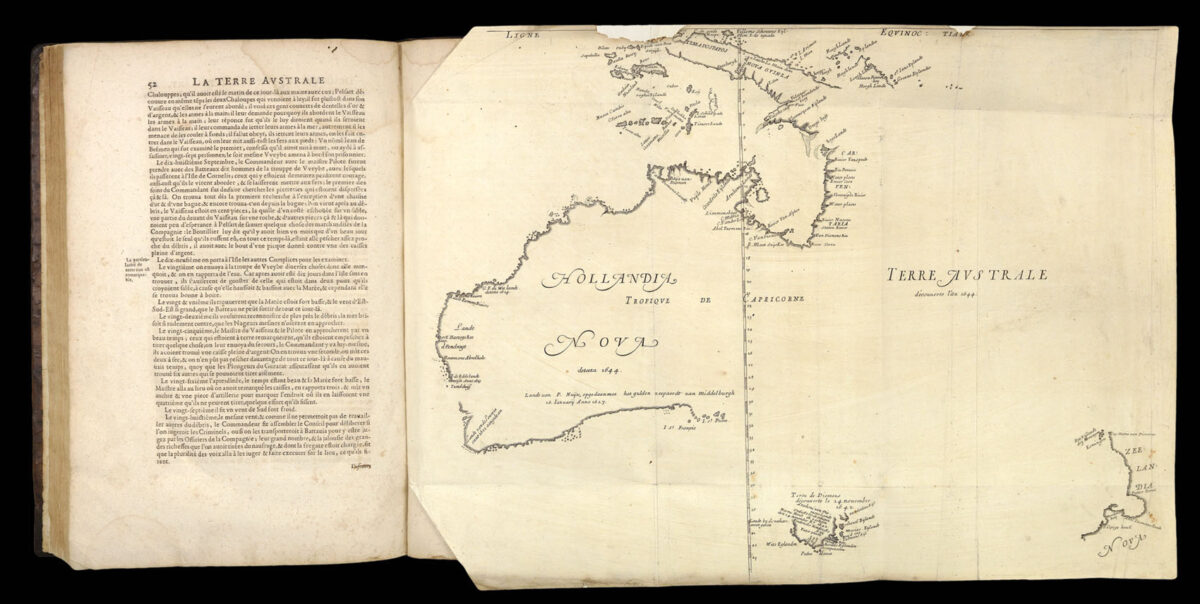 A rare first edition with the map of Australia in the first state: one of the earliest printed maps of the country (See Tooley, The Mapping of Australia, No. 1247).

The first of three volumes published between 1663 and 1666. A fourth part was published in 1672, and a fifth part unfinished in 1696. ​“It is difficult to find complete copies” Brunet (V, 810–813), because each volume is composed of separate parts. Brunet adds that ​“no two examples have the same parts in the same order”.

The text is based on the original manuscripts collected by Melchisedec Thevenot, Orientalist and librarian to the King, and offers much good information on the Dutch East India Company (V.O.C.), Eastern alphabets, one of the first representations of cuneiform characters, etc.. 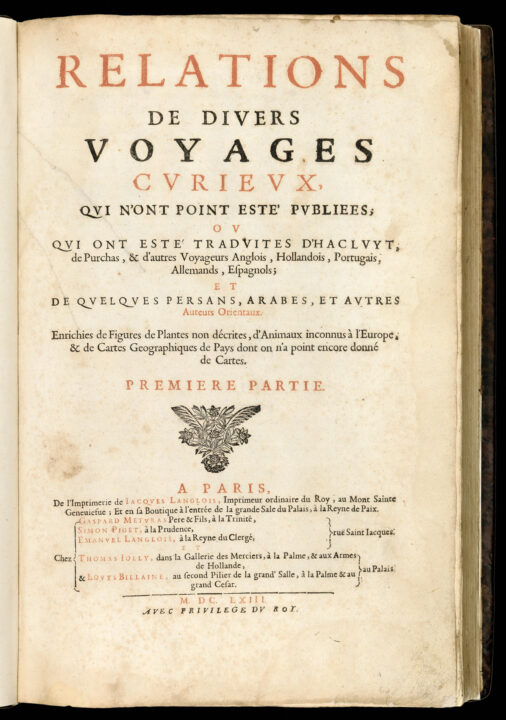 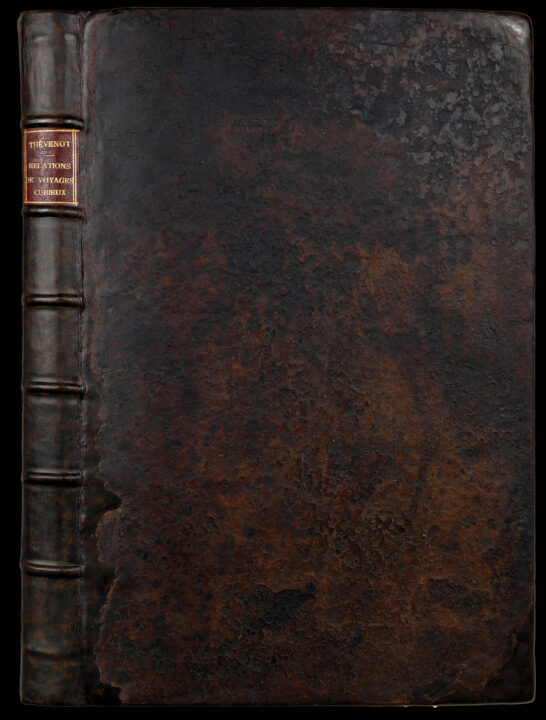