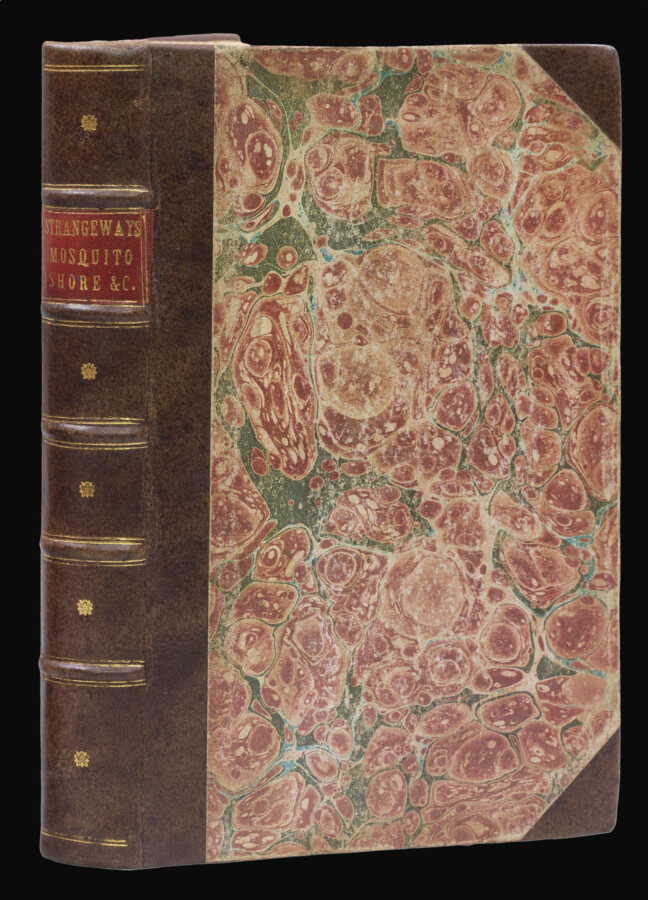 The work that helped promote the Poyasian Fraud

Sketch of the Mosquito Shore, Including the Territory of Poyais descriptive of the country; with some information as to its productions, the best mode of cultures &c. Chiefly intended for the Use of Settlers.

The Poyaisian Scheme (or Fraud) was the brainchild of the Scottish soldier Gregor MacGregor (1786–1845). He began his life of adventuring in Venezuela and Colombia. In 1820 he visited what is today Honduras, and claimed that while there he obtained a grant of eight million acres from George Frederick Augustus, king of the Mosquito Indians. Returning to London, Macgregor styled himself as Gregor I, prince of the independent state of Poyais. He set about publicising his fictitious state, setting up a land office in London and selling bonds to investors. The scheme began to unravel when, echoing the Darien scheme of the late seventeenth century, a group of around two hundred settlers, mostly Scots, sailed to Poyais. Discovering only a barren and inhospitable swampland, they were saved by a British rescue mission. MacGregor fled to Paris in late 1823 only to continue his activities there. After acquittal in a French fraud trial he returned to London in 1827. He would continue to perpetuate the fraud until 1836, when he issued a constitution for the county. He would later emigrate to Venezuela, where he lived out the rest of his life in relative comfort on a military pension from the Venezuelan state.

In 1822, in order to promote the fraud, the present work was published; supposedly written by a Captain Thomas Strangeways, a Captain in the 1st Native Poyer Regiment, it is undoubtedly the work of MacGregor himself. The book provides a great deal of information on the colony: the capital of St. Joseph had been founded by English settlers in the 1730s, there were untapped gold and silver mines, fertile soil, and other ample resources which settlers could profit from. The country had a civil service, a bank, an army, a democratic government, and natives eager to work for their British masters. All this of course was total fiction.

Rare we are only aware of only one example appearing at auction in the last sixty years. OCLC records nine institutional examples. 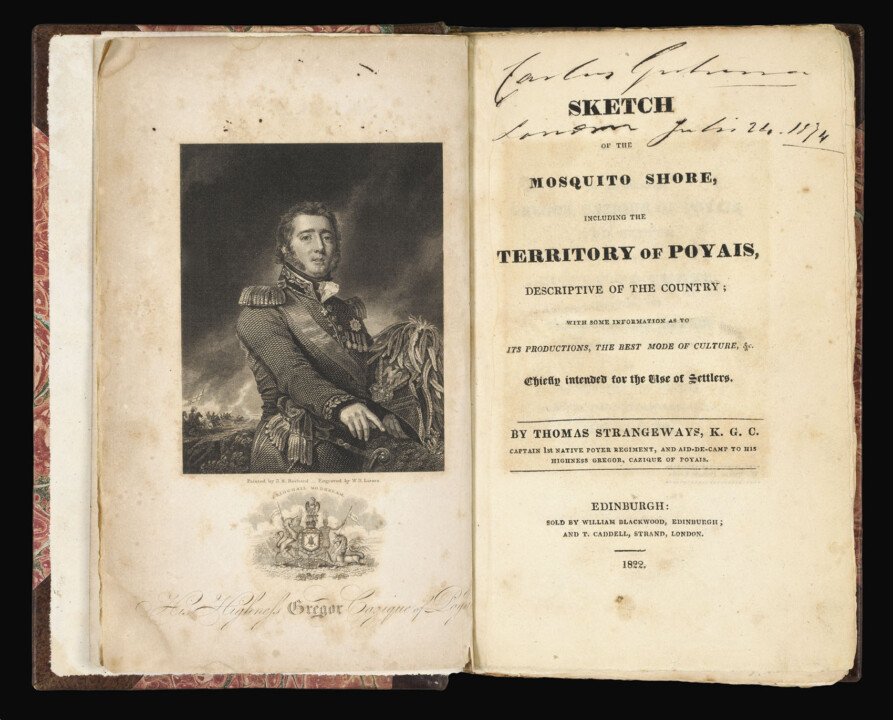 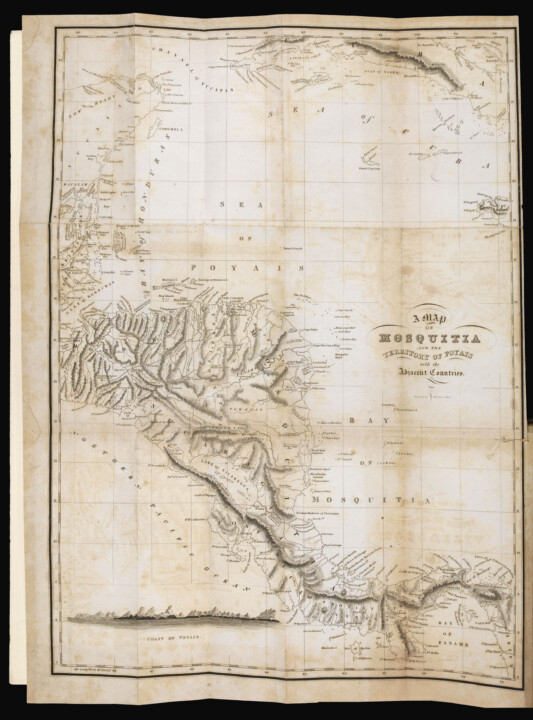