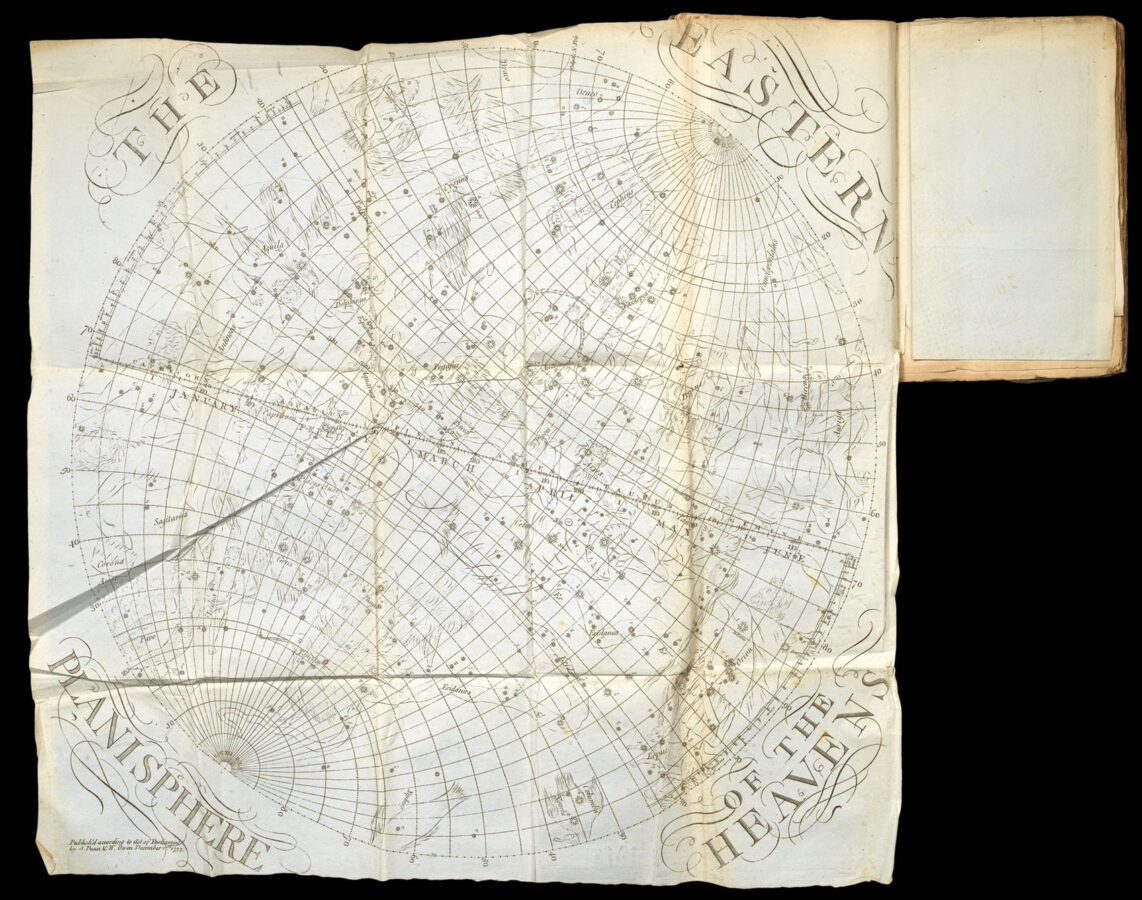 The Description and Use, of the Universal Planispheres; or terrestrial and celestial globes in plano…

Samuel Dunn’s rare work on his invention: the universal planispheres.

Samuel Dunn (d.1794) was a British mathematician and astronomer, and was at the forefront of developments in navigation and cartography over the eighteenth century. He was an authorised signatory for ship’s masters’ certificates, a consultant to the East India Company, and had instruments and publications accepted by the Board of Longitude.

The ​‘Universal Planispheres’ was published after he had become master of an academy in Chelsea which specialised in ​“navigation and commerce”. Dunn produced a pamphlet on the subject in 1757, and expanded on it and reissued it as this work. The book provided ​“an economical method of teaching spherical geometry without the expense of purchasing actual globes”. The work contains several planispheres — two dimensional maps of the terrestrial and celestial globes on what he called a ​‘stereographic’ projection, mimicking the visual and mathematical properties of globes. There are two celestial and two terrestrial plates, with an eastern and western hemisphere of each. The planispheres are accompanied by a ​“slider”, which would be used on a planisphere in order to make calculations. Dunn was passionate about navigational education, and his work is an example of the fever gripping Britain as the longitude race continued. He was a proponent of the use of magnetic variation in order to ascertain longitude at sea, and he is mentioned several times in the minutes of the Board of Longitude between 1765 to 1772 (now housed at Cambridge University). Both the eastern and western planispheres within the present work contain the lines of magnetic variation, and on pages 152 and 153, Dunn deals with the problems of solving longitude at sea using magnetic variation.

Dunn’s book is rarely offered as a complete work, and the plates have often been extracted. There are two institutional examples in the British Library and Bibliotheque Nationale de France. The Bodleian holds a copy of the 1757 pamphlet. 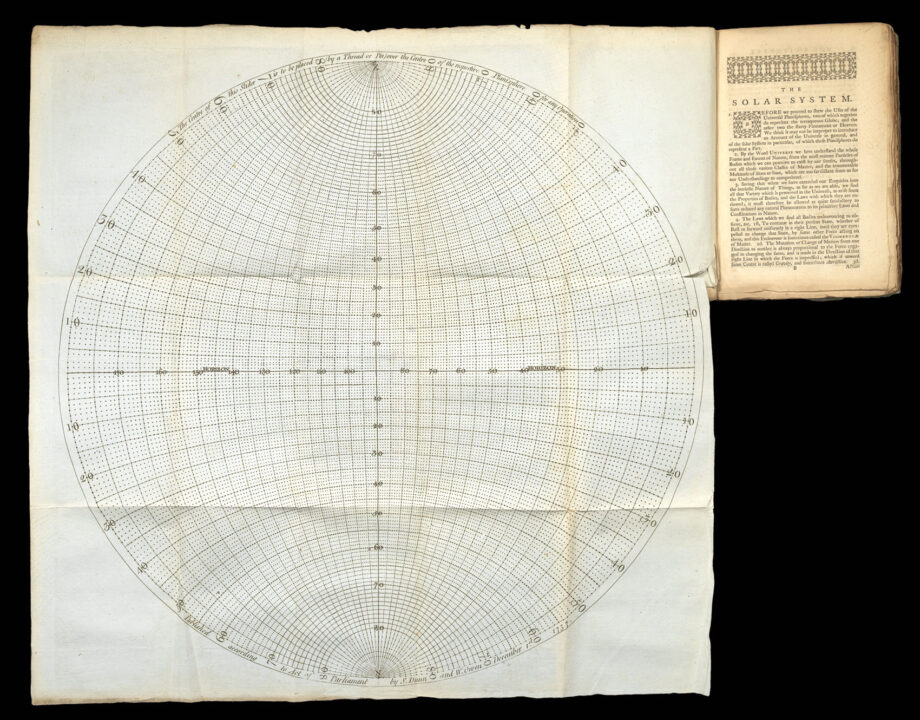 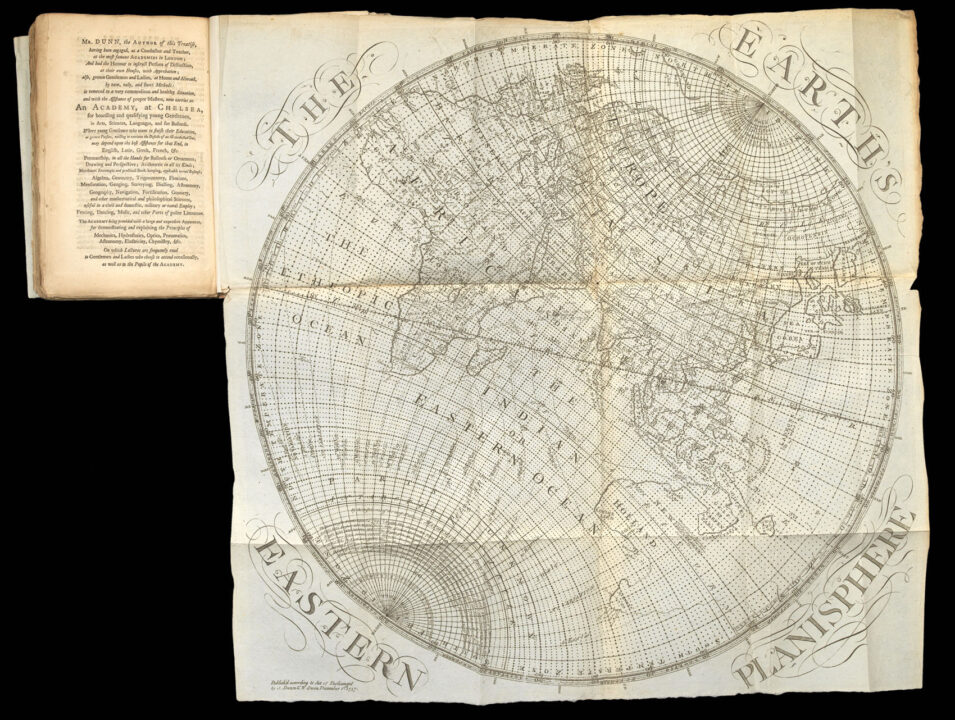 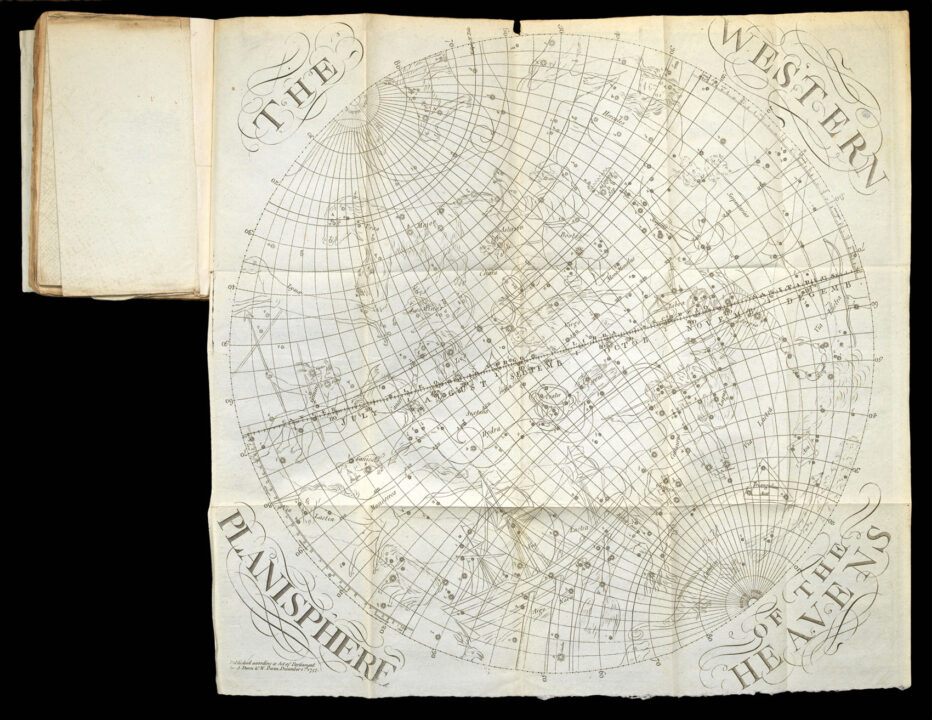 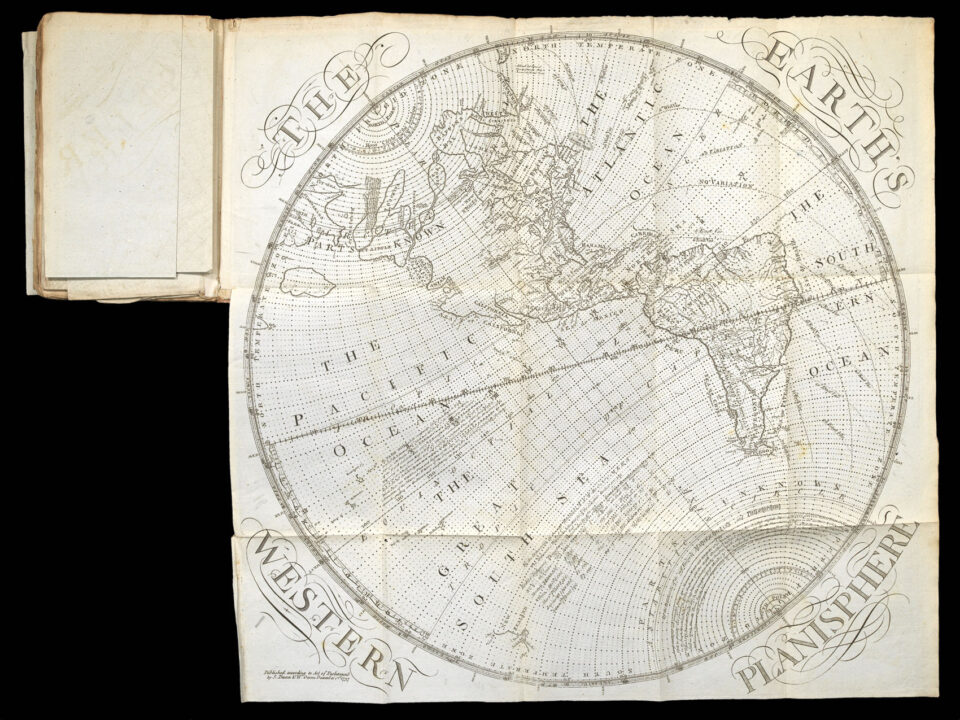 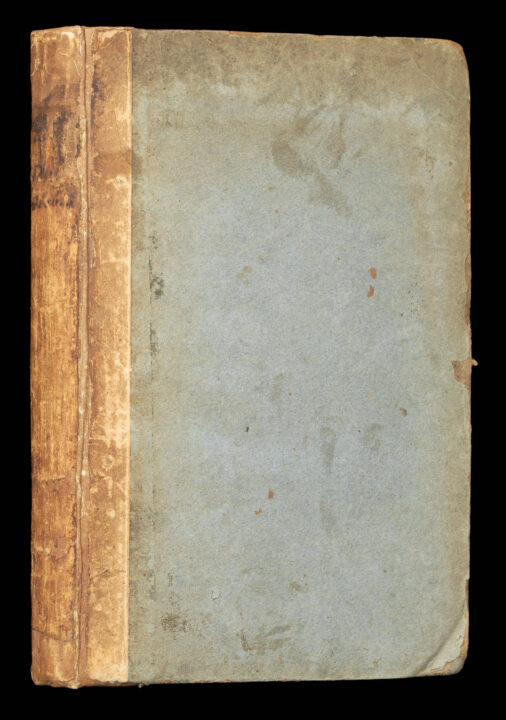 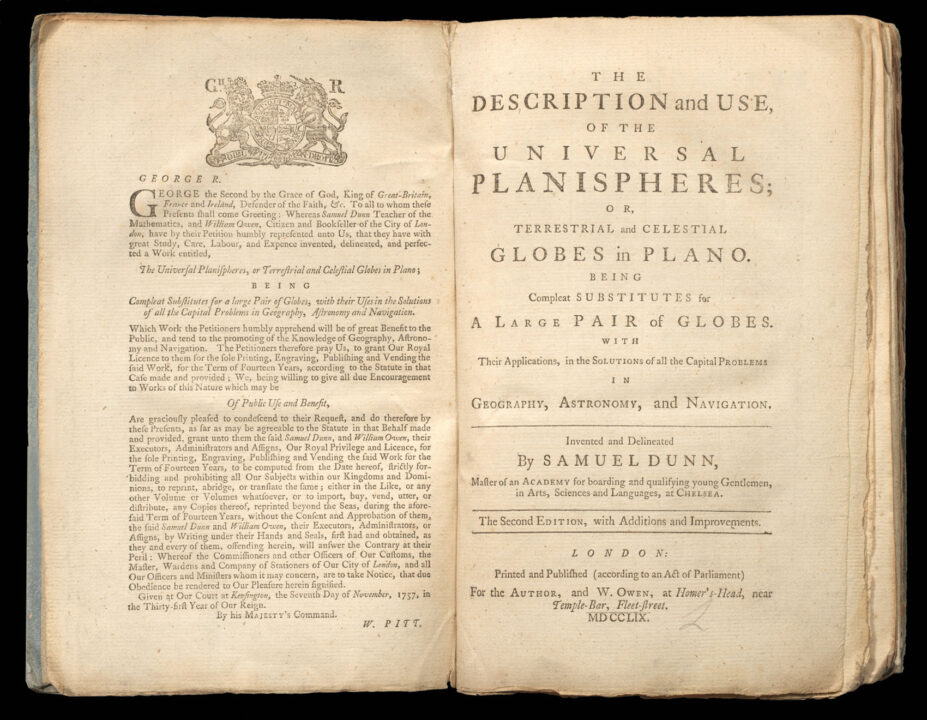