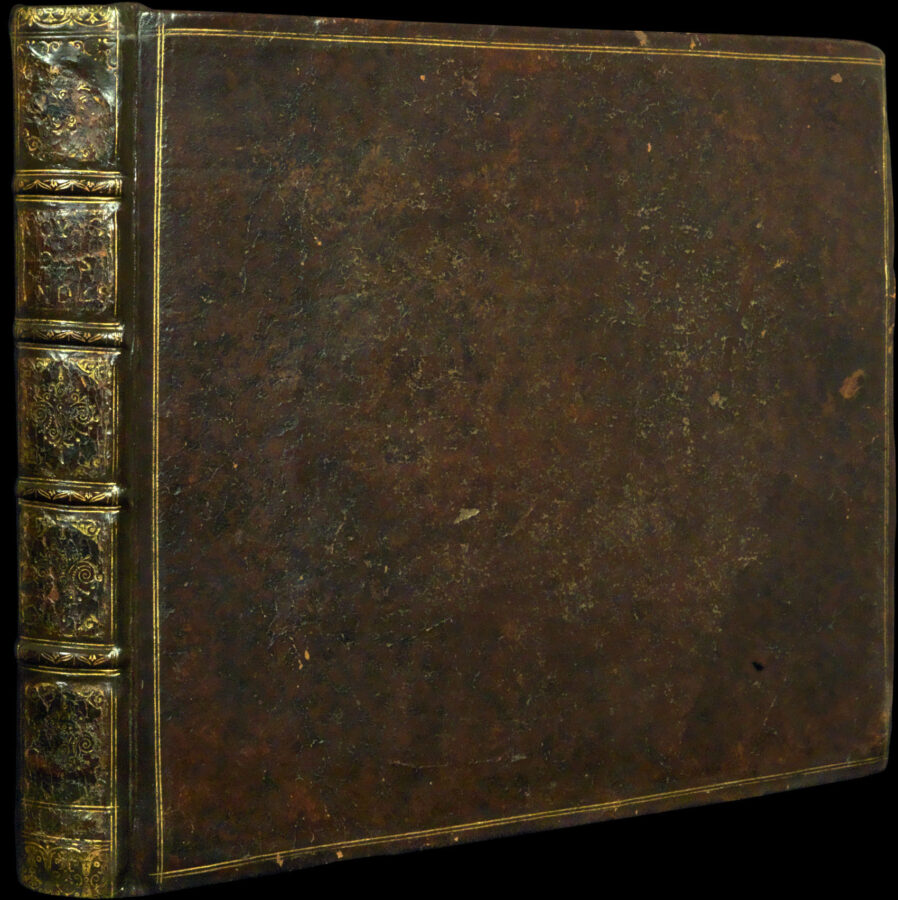 The Spilbergen and Le Maire voyages

Rare first French edition of this classic description of two important voyages – those by Spilbergen and Le Maire. One of the bestsellers of illustrated seventeenth-century travel literature and important for containing illustrations of places rarely illustrated at such an early date.

The maps include the Strait of Magellan, Le Maire’s route (showing the strait he discovered around the Tierra del Fuego and which is named after him), and the East Indies. The world map shows the route of both Spilbergen and Le Maire and, in a rectangular panel at the bottom, Le Maire’s discoveries along the northern coast of New Guinea (Shirley 304).

In 1614 the Dutch East India Company enjoined Spilbergen to sail with six vessels to the Moluccas via the Straits of Magellan. The five-year circumnavigation was the first carried out with the official support of the Dutch government.

After various mutinies and even more numerous acts of piracy, he sailed through the Straits, commencing his voyage across the Pacific in November of 1615. En route he discovered a number of islands, eventually reaching the Ladrone or Mariana Islands, and finally the Philippines and the Dutch East Indies. There he met up with Le Maire, who had discovered a new passage to the Pacific and had explored the Tuamotou Archipelago. Le Maire’s voyages gave decisive evidence against the supposed existence of a massive southern continent and formed a catalyst to Tasman’s discovery of New Zealand and Australia.

The accounts of both expeditions are rich in ethnographic material, with the plates including city views as well as topographical maps. The work is of particular interest for three maps relating to the Philippines: the Straits of Manila, showing part of Luzon and Mindoro islands, the galleons in Manila Bay, and figures of natives and ships; the Bay of Manila, depicting the entrance to the Bay, including the Taal volcano; and a further large folding map of the East Indies (not mentioned by Qurino) that also provides a very detailed delineation of the islands. Regarding specifically the East Indies, Lach emphasizes the importance of an early and extensive report on the Moluccas (96ff.).

The work was first published in Dutch in 1619, and a Latin translation followed the same year. However, ​“this French edition is much sought after. The text of Le Maire’s journal is much more complete than that in the Latin edition of 1619” (Borba de Moraes). 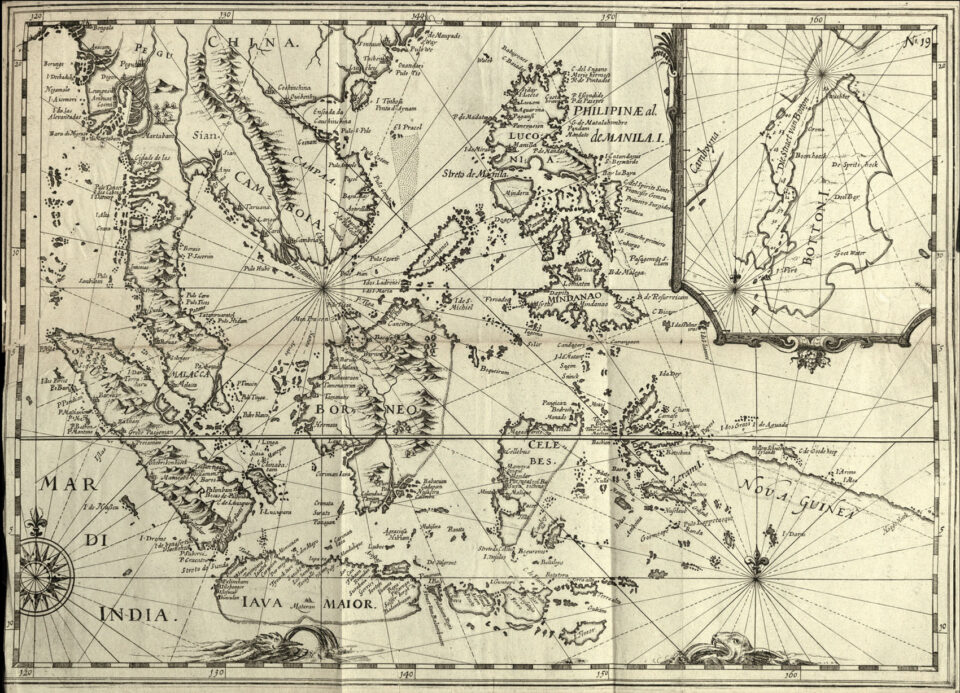