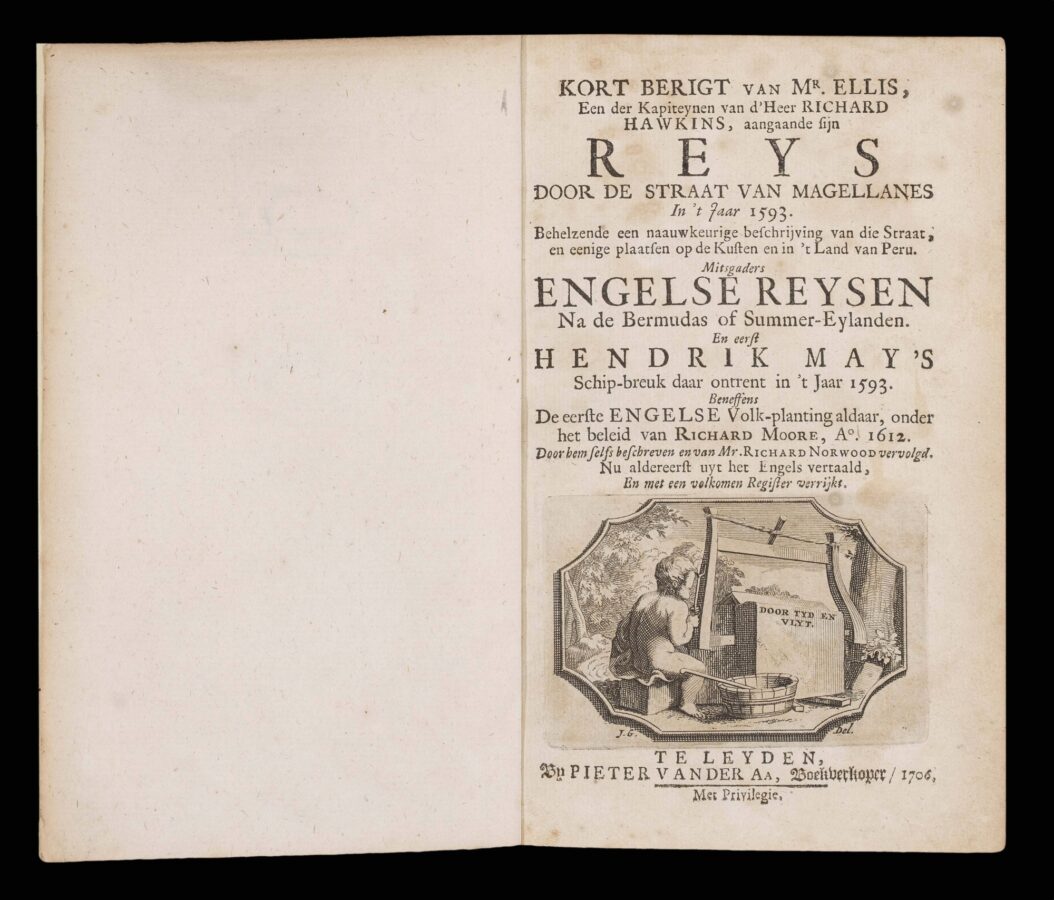 Originally published as one part of a collection of voyages, ​‘Naaukeurige versameling der gedenk-waardigste zee en land-reysen’, (1707), covering the years 1246 to 1696, consisting of 127 parts, each with their own title-page, as here. This particular narrative recounts Richard Hawkins voyage through the Strait of Magellan in June of 1594; and quite separately, the wreck of the ​‘Sea Venture’ under the command of Henry May.

The Map
​’De Bermudes of Summer Eylanden tot de Reystogten afgepeyld, door de Engel Zen derwaards gedaan’ is an attractive map of Bermuda, including part of Virginia. The decorative cartouche depicts the shipwreck of the ​‘Sea Venture’, ​“the flagship of the Virginia Company, as it was leading a fleet of nine vessels loaded with provisions and settlers for the new English colony in Jamestown, Virginia, in 1609. The fleet was caught in a storm and the ​‘Sea Venture’ began to sink. When the reefs of Bermuda were spotted, the ship was deliberately driven on them to prevent its sinking. All on board were saved” (JCB online).

Pieter Van der Aa (1659–1733), is probably best known for his cartographic work, but was also produced a range of pirated copies of foreign bestsellers. He entered the bookseller’s guild in Leiden in 1677, and started his first business there in 1683. By 1694 he was made printer to Leiden University, and by 1715, he was appointed the official printer to the town of Leiden.

Van der Aa did not in general produce his own maps, but he had a distinctive and elegant style, and his works were highly sought after. He also sustained beneficial working relationships with foreign booksellers like Thomas Bennet in England, who helped him sell stock. He produced a series of atlases and collections of voyages composed of plates acquired from other cartographers. His career culminated with the publishing of his illustrated atlas of the world, the ​‘Galerie Agreable du Monde’, the largest book of prints ever published. The ​‘Galerie’ did not just cover geography, but also carried over 3,000 plates of native peoples, architecture and history from around the world, and was issued in an astonishing 66 parts. Most of the plates were by other contemporary publishers, to which van der Aa added his signature broad decorative borders. A complete copy of the ​‘Galerie’ cost the equivalent of a master craftsman’s annual salary. 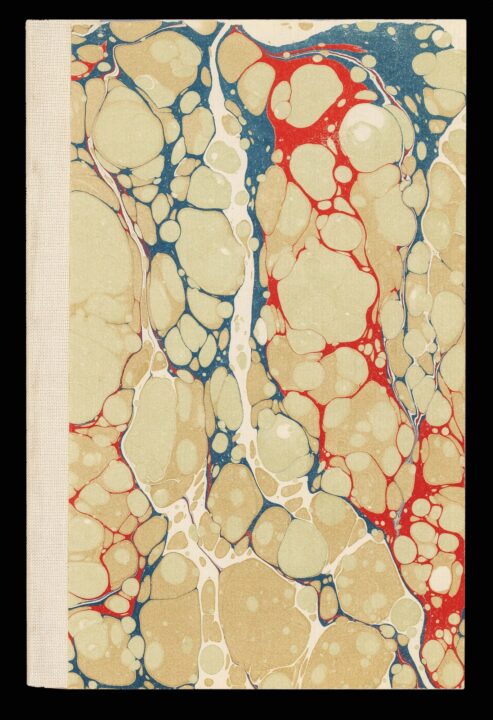