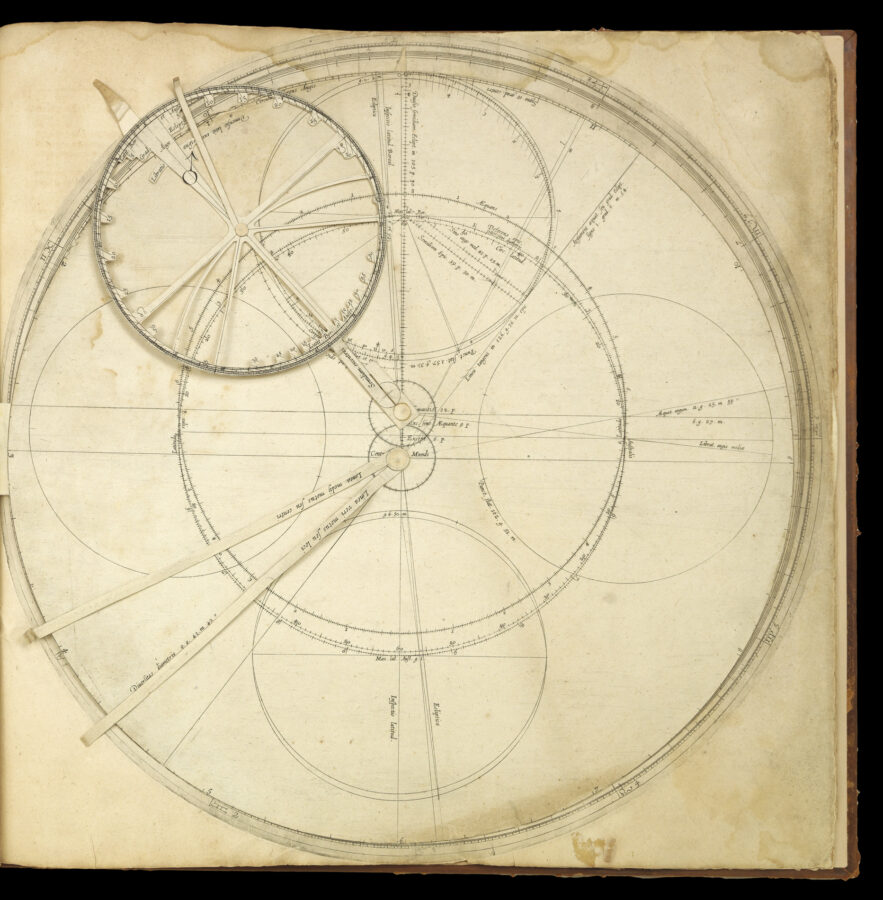 A spectacular example of the art of the book, containing what is probably the first accurate and large-scale representation of the ​“Medicean Stars” (the four moons of Jupiter). The discovery of celestial bodies orbiting something other than the earth, first announced by Galileo in 1610, dealt a serious blow to the then-accepted Ptolemaic planetary system.

Ottavio Pisani (1574-after 1613) was reluctant to wholly abandon the idea of a geocentric universe and based his work on the Ptolemaic system. he was, however, familiar with the discoveries of Copernicus, Galileo and Kepler, and was a correspondent of the latter two. In October 1613 Pisani wrote to Kepler, ​“Galileo is really a heavenly Amerigo [Vespucci] in that he has found new stars in the heavens, and in particular the Medicean stars. I however am drawing the theory of the motion of the stars around Jupiter, like a satellite, in the epicycle of Jupiter. I have devised a new way of drawing the whole globe … and have thus made a new cosmographical map …”. Writing to Galileo on 7 November 1613, he says that he spent 200 scudi and ten years of his life on the book. Indeed, Pisani seemed keen to impress his scientific credentials on his readers, and explained the title ​‘Astrologia’ not as astrology, but as ​“the science that depicts and demonstrates the motions and locations of the stars”. he was also a cartographer and engraved a world map in 1637 (see Bagrow, ​‘history of Cartography’ p. 265).

The multitude of finely engraved diagrams in the ​‘Astrologia’ illustrate the motion of the planets by a very complicated system of superimposed volvelles, intricately cut-out and in some cases totaling nine moveable parts.

​“This rare atlas is a magnificent example of book production, and one has the impression that every copy must have been expressly assembled by the author; the collation, if it can be called that, is such that it could simply have been left to a binder” (Macclesfield catalogue).

Given inconsistencies in bibliographic description, and that the book is composed of differently sized sheets with numerous intricate movable illustrations, comparing collations is difficult. A careful comparison of the copy held by the Museo Galileo in Florence with the present example reveals that, using the pagination supplied for their digital reproduction, the present book is without the star chart at p. 70 in their copy, although this is duplicated at p. 40, and present in that position in our example. The present book also lacks a circular pointer on p. 57, and part of the volvelle on p. 36 (both replaced in facsimile). Interestingly, recent research has suggested that the Museo Galileo example was sent by Pisani to Galileo, asking him to present it to the Medici court in order to obtain some financial support for the author.

Rare. We have been able to trace eighteen examples of the work in institutional holdings, together with three further copies that have appeared on the market since the end of the Second World War (Sotheby’s 2005 and 1952, and Lathrop harper 1964). 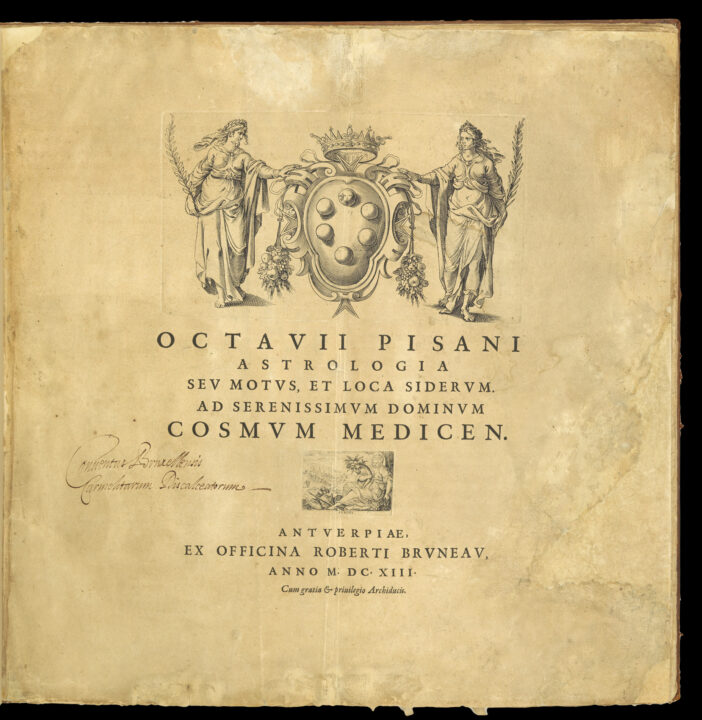 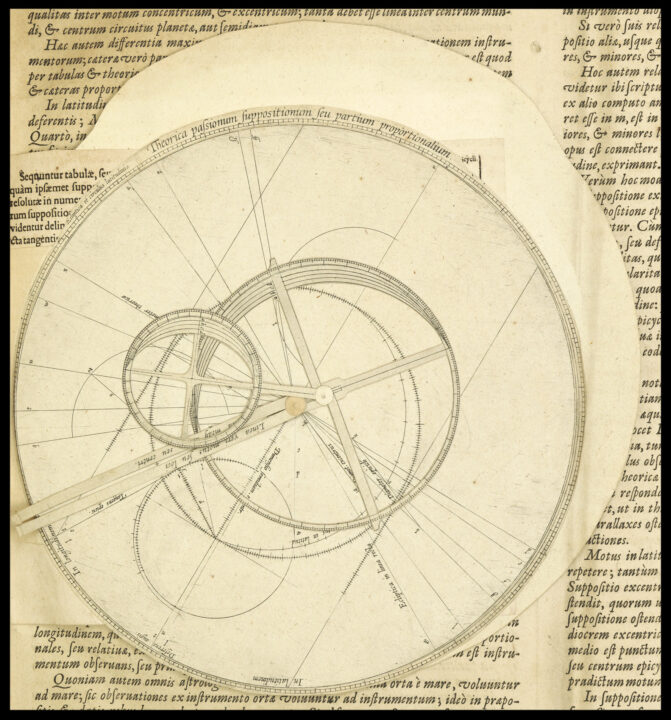 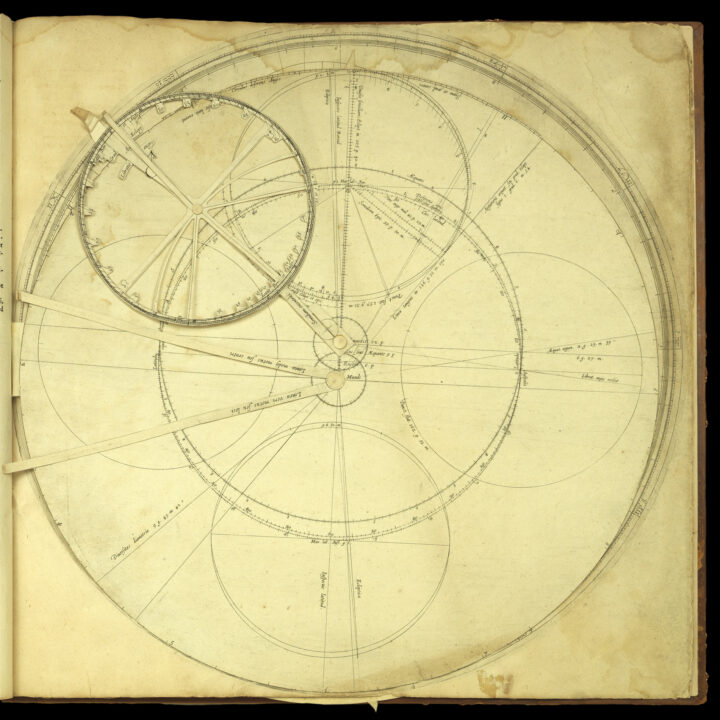 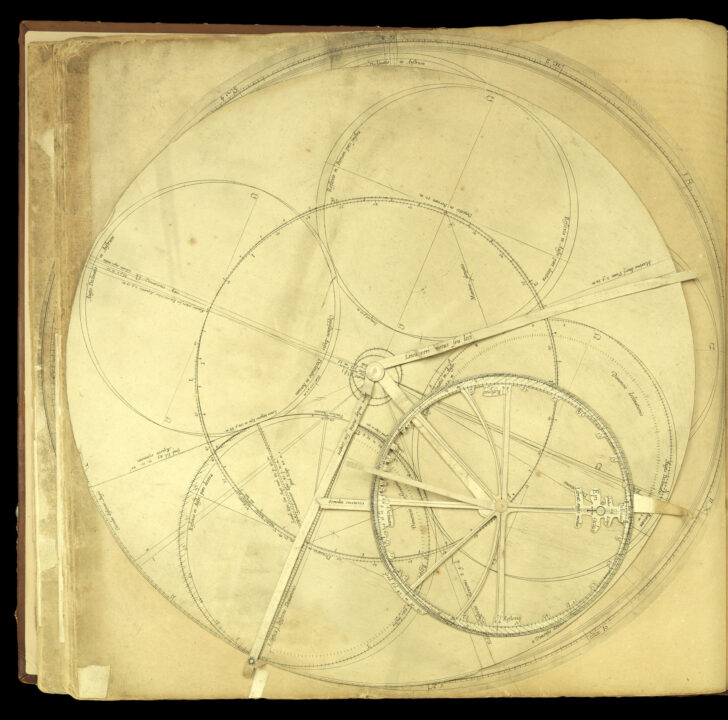 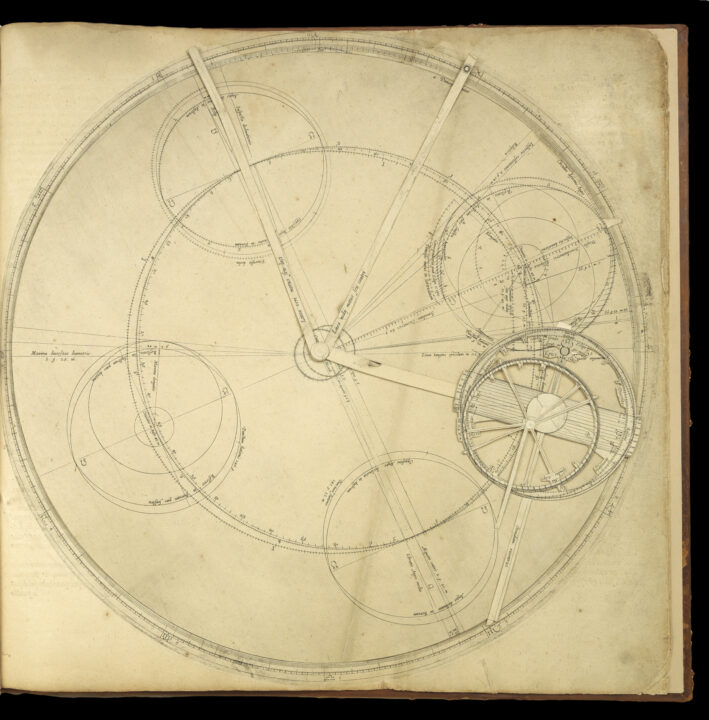