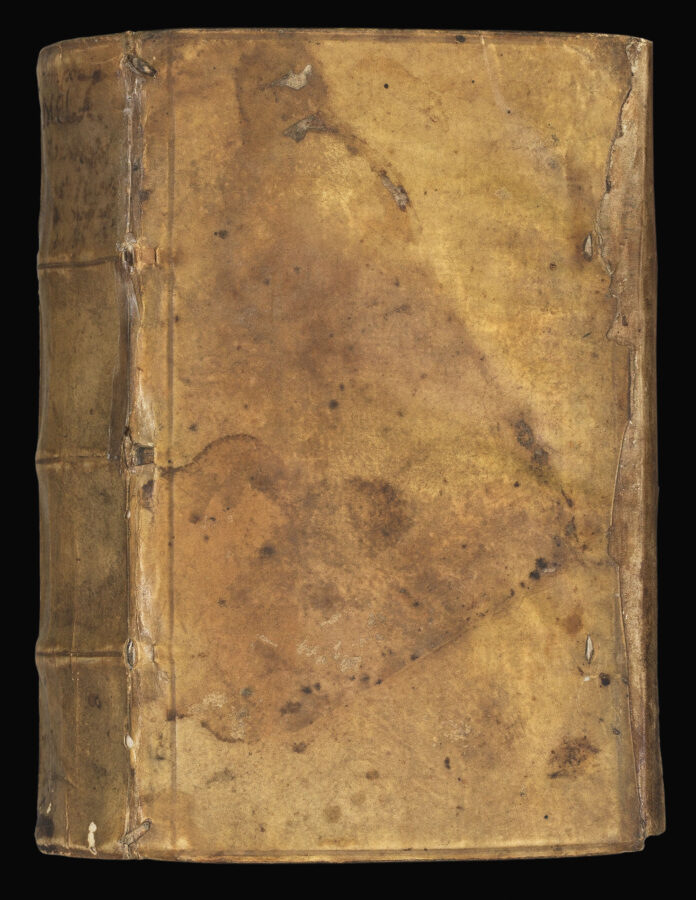 The rebirth of classical geography: the first extant geographical work in Latin, from the library of Abraham Ortelius

Abraham Ortelius’s copy of an important classical geographical text, which was referenced 144 times in the text of the first true atlas (van den Broecke).

Ortelius has made annotations throughout the text, underlining and adding comments, and he listed Pomponius amongst the authorities that he had consulted in the revolutionary list of sources included in his atlas. Ortelius referenced Pomponius’s work 740 times in the ​‘Thesaurus Geographicus’ and 277 times in the ​‘Synonymia’.

The volume contains three works bound together. The first, ​‘De Situ Orbis’ by Pomponius Mela, was ​“the first extant geographical work in Latin and the only Roman treatise of the classical period devoted exclusively to that subject” (DSB). It was written around 43 AD, with each of its three books dealing with a different classical continent, dividing the earth into five zones. His work contained the first recorded reference to the Orkneys. ​“Pomponius exerted a considerable influence on early medieval authors, both on his own account, and because Pliny used and cited his work”, surpassing other ancient geographers such as Strabo in his knowledge of the British Isles and the coasts of France and Germany (DSB). Opinion is still divided as to whether Pomponius’s original text would have contained maps, but the new editions published in the fifteenth and sixteenth century during the Renaissance rediscovery of classical texts often contained maps drawn according to Pomponius’s principles. This edition contains 20 maps, all folding, covering areas of Europe, Africa and Asia.

The second text, ​‘Polyhistoria’ by Julius Solinus (also known as ​‘Collectanea rerum memorabilium’), is a compilation of historical, geographical and social information. Solinus drew on Mela’s work for his text, particularly the description of the classical world. It has been supplemented with 11 single page maps.

The third text is a treatise on political structures in ancient Greece, by the sixteenth century scholar Guglielmo Postello, a mysterious figure who spent much of his life confined to a monastery for his unorthodox theology. 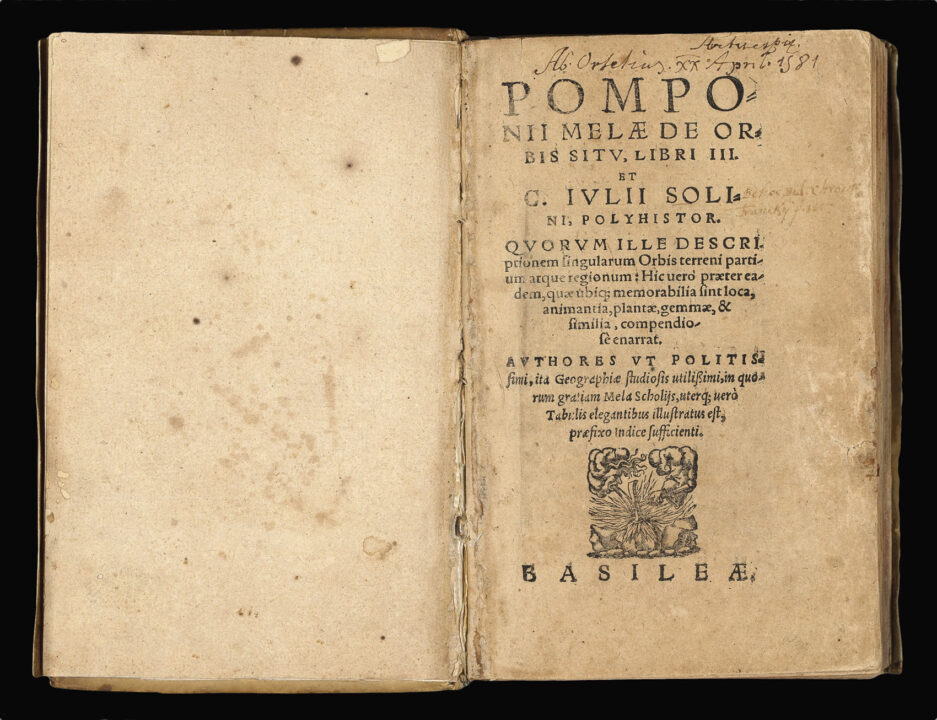 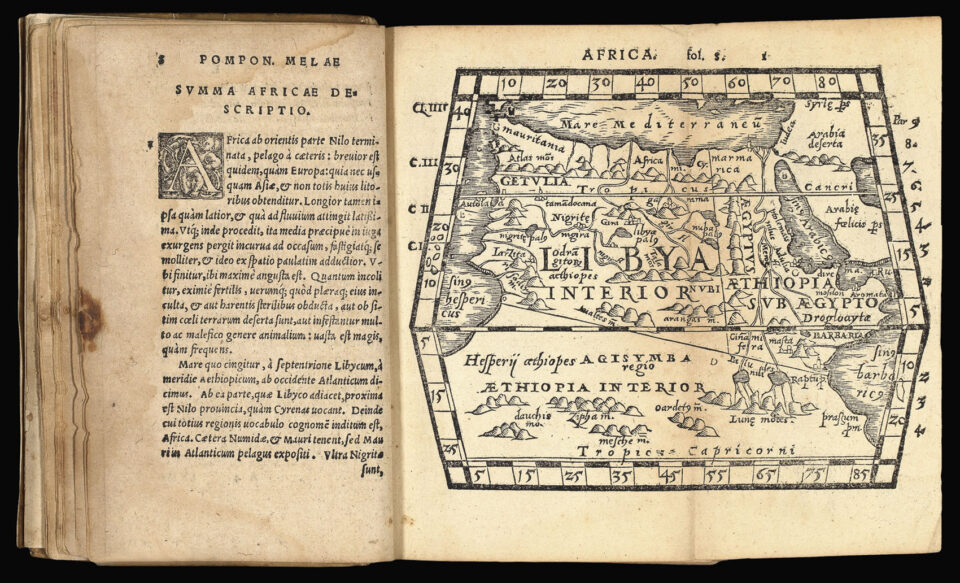 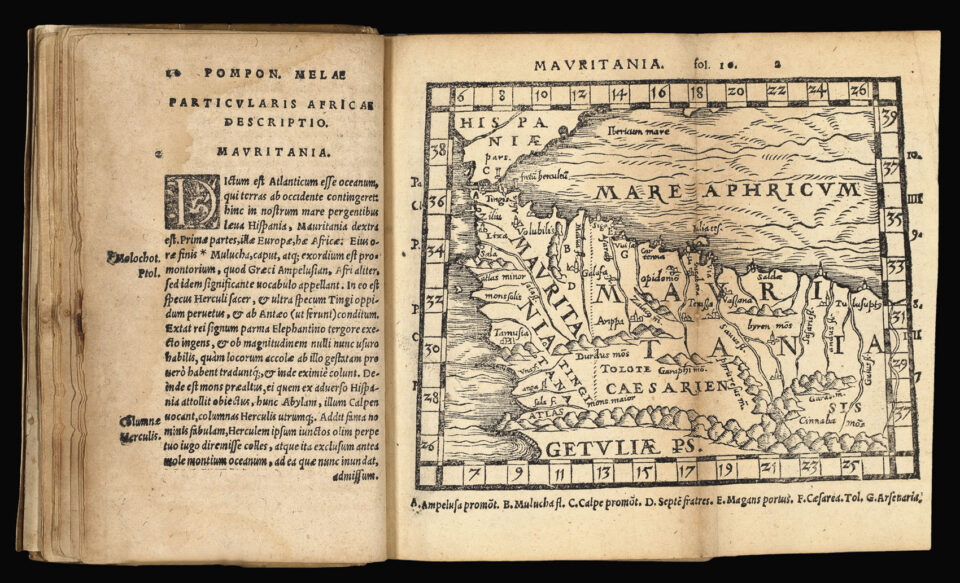 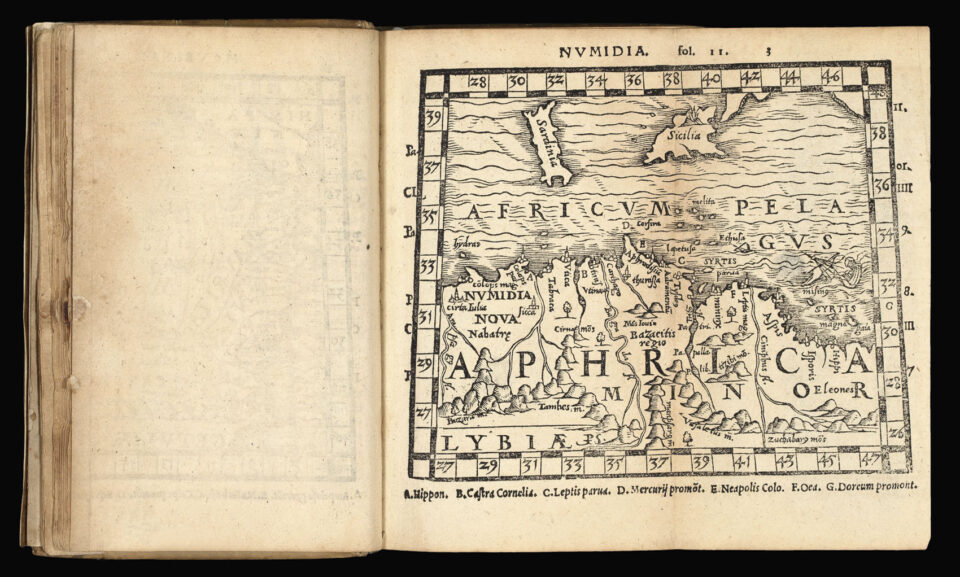 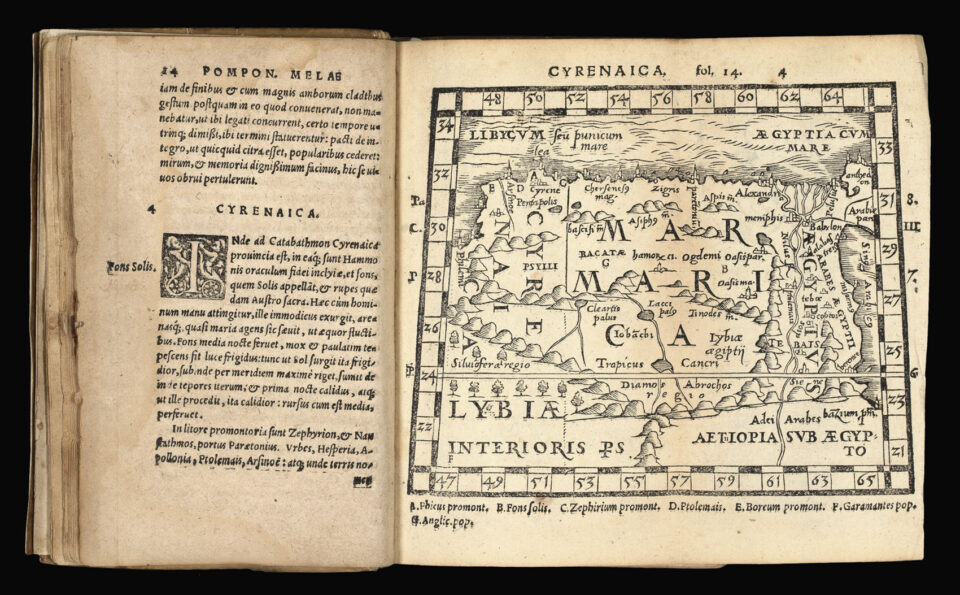