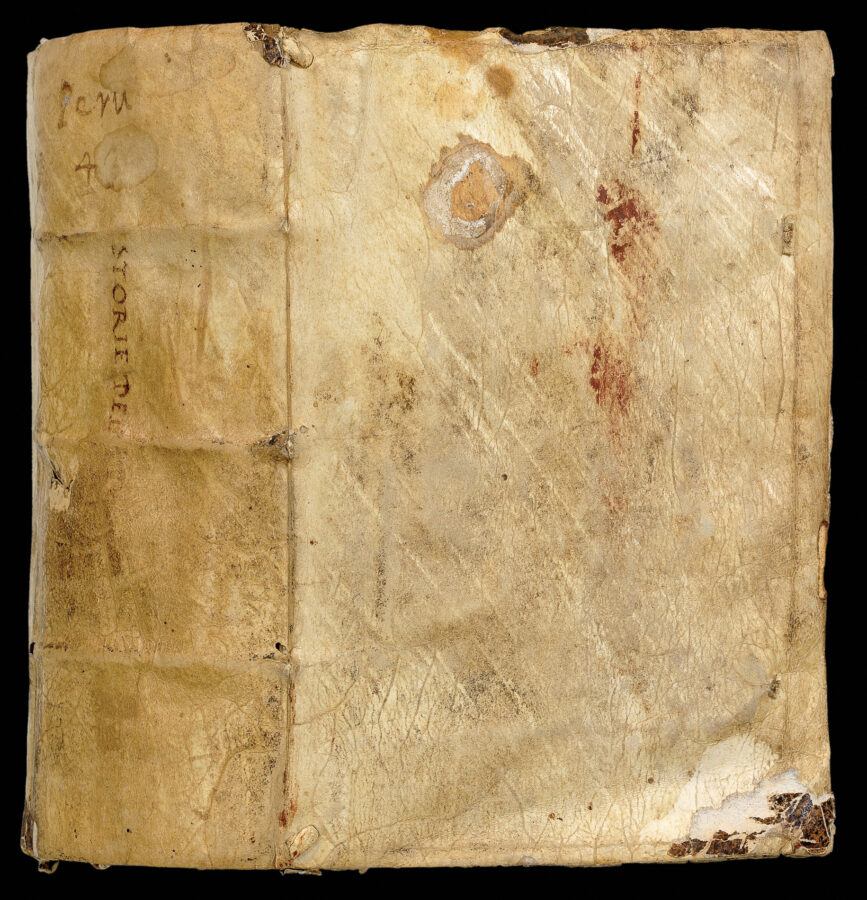 This volume contains two famous accounts of Spanish adventures in the New World. The first, by Pedro Cieza de León (1520–1554) is the work he wrote after returning from the New World, ​‘La Prima Parte dell’historie del Peru’, first published in 1553. Cieza de Leon had become a conquistador after seeing Hernanda Pizarro return from the Indies laden with treasure as a boy, and participated in several campaigns in present-day Colombia and Lima. He was the first historian to write a global history of the Andes. His work describes military campaigns against rebellious natives, expeditions to make contacts with remote rulers supposedly possessed of enormous wealth, and the everyday hardships of life in South America. He often used native informants, and picked up local habits quickly: he describes making a breastplate out of tapir skin. The second, by Francisco López de Gómara (c.1511‑c.1566), a Spanish historian, was first published in 1553. López de Gómara was not a conquistador, but had direct access to Hernán Cortés and the other explorers returning from the New World. He compiled their accounts into a general history of Spanish activity in the area, albeit one which emphasised the role of Cortés.

Of particular interest is the map in López de Gómara’s work of the Americas, after the original by the Antwerp-based scholar and printer Jean Bellère, which is ​“excessively rare” (Burden). For his depiction of North America, Bellère used details from the explorations of Lucas Vázquez de Ayllón, Estêvão Gomes and João Álvares Fagundes, which accounts for the extraordinary number of place names for so early a map. Of Falgundes, very little is known, save that he explored the area which is now Newfoundland and Nova Scotia from 1520 to 1521: the places on the map marked Santelmo (most likely the St. Lawrence River), C. Raso (Cape Race) and Islas de las Virgines are probably based on his reports. Estêvão Gomes was a Portuguese cartographer in the service of the Spanish crown, who sailed from Cabot Strait to the Hudson River after failing to find the fabled Northwest Passage. His voyage is probably the inspiration for B. d. S. Christoval, named for St. Christopher, and R. d. Buena Madre, named for Saint Anne, supposedly landing at each on the name day of the saint in question. Lucas Vázquez de Ayllón was a Spanish explorer who initiated the first European attempt to establish a settlement in the United States, establishing the colony of San Miguel de Guadalupe in what is now Georgia or South Carolina in 1526.

Despite the abundance of sources, some areas of the map are uncertain. The Azores are shown too close to the mainland, and there is no west coast (Burden). The Amazon begins south of the Rio de la Plata and flows north, mimicking both Nicolas de Nicolai’s map of the continent published in 1554 and Giacomo Gastaldi’s 1546 world map. South America is left bare, punctuated only by some mountain ranges and a few llamas. To the south, the double headed eagle supports the arms of Castile and Leon.

Both works are rare, and we have only been able to trace López de Gómara’s work containing the map at auction three times. 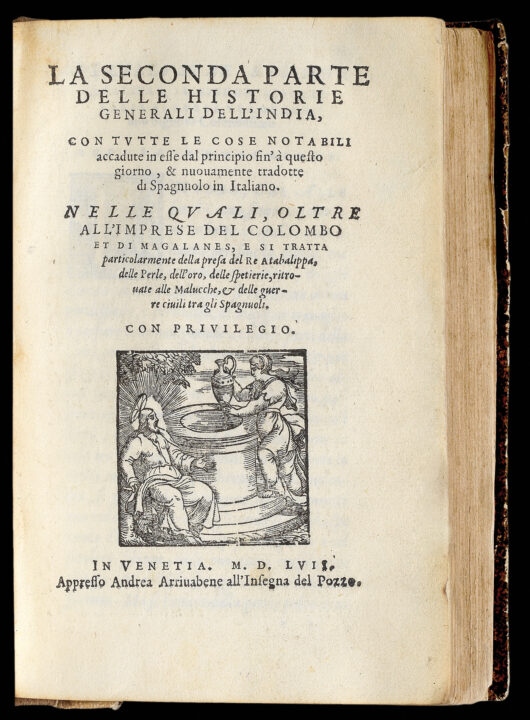 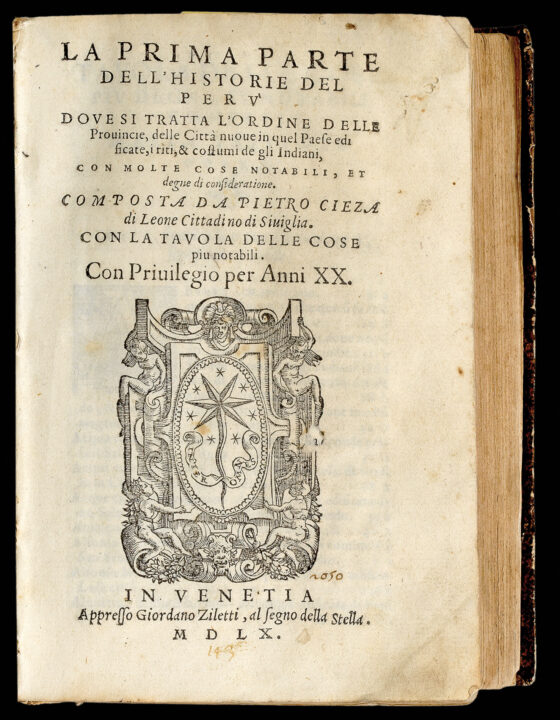 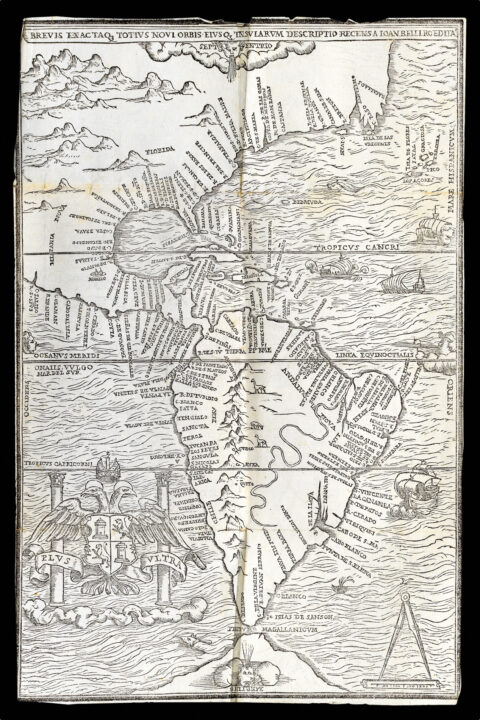