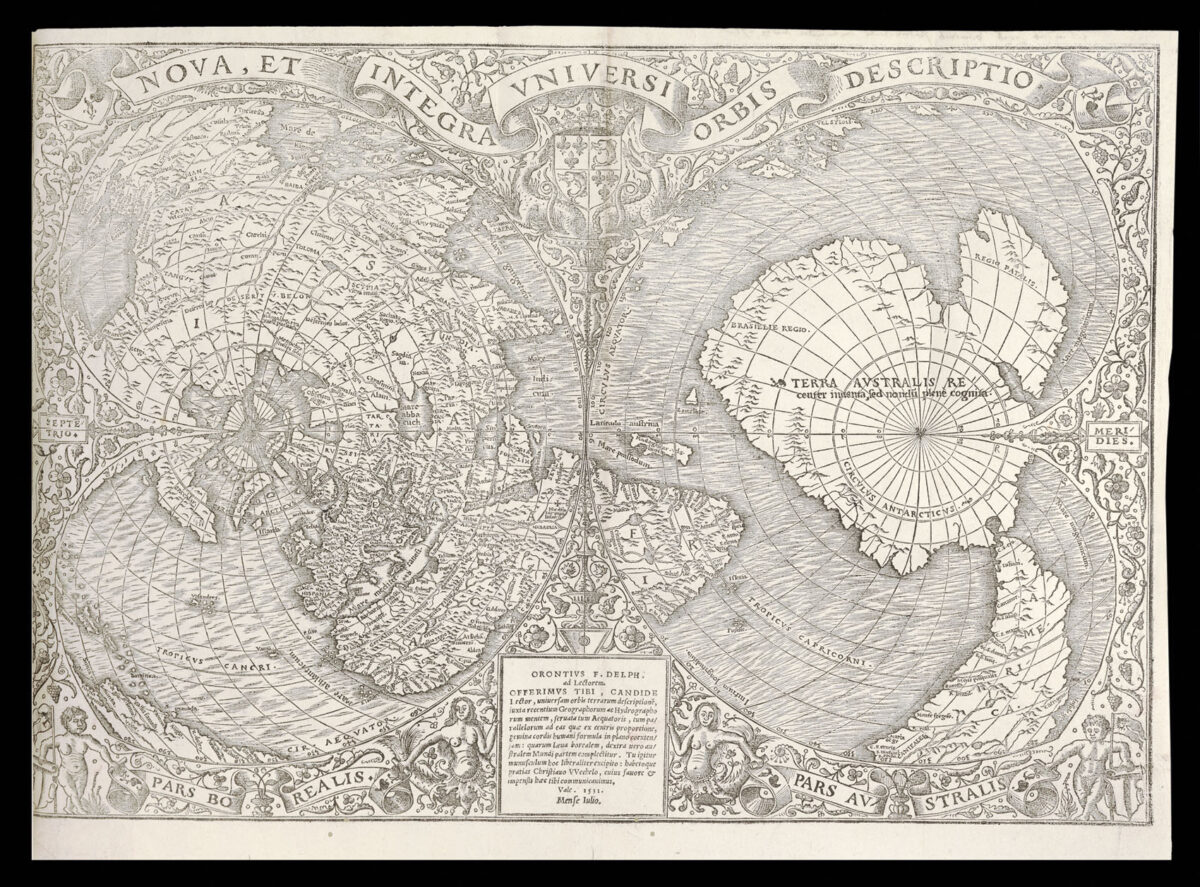 This fine collection of voyages was compiled by Johann Huttich (1480?-1544), with a preface by Simon Grynaeus (1493 — 1541). The work contains the first three voyages of Columbus, Vincente Yanes Pinzon’s voyage, the four voyages of Vespucci, and an extract of the Fourth Decade of Peter Martyr, as well as the voyages of Cadamosto, Nino, and Cabral. Other accounts deal with the travels of Marco Polo and voyages to Africa, Russia, Palestine, the Moluccas and elsewhere.

The map is not only a visual delight but is also noteworthy for its cartographic content. It is the first printed world map based upon a double-cordiform polar projection, a form that would be much imitated by the likes of Mercator in 1538 and Salamanca and Lafreri a decade or so later. The right-hand or southern cordum shows the great southern land mass which Fine labels ​‘Terra Australis recenter inventa, sed nondu[m] plene cognita’ (literally ​‘southern land recently found, but not yet fully known’). Since Antarctica was not discovered until 1820 by the Russian Fabian Gottlieb von Bellingshausen, its inclusion has led more fanciful writers to suggest that Fine received information from residents of the lost city of Atlantis, or even aliens. The cordum also contains the Pacific, which Fine names ​‘Mare magellanicum’, one of the first appearances of the explorer’s name upon a map. To the left-hand, or northern, cordum, America is resolutely attached to the easternmost part of Asia with the north pole being made up of four islands. The map is surrounded by beautiful and elaborate floral work with depictions of dragons, putti and mermaids.

The present example is the first state of the map, retaining Fine’s name in the lower cartouche. The second state, also dated 1531, includes the imprint of Hermannus Venraed, in place of Fine’s name, but retains the 1531 dating. In all there are six states of the map, dated 1536, 1540, 1541 and 1555 respectively. While all states are rare, the first edition of the map is especially desirable. 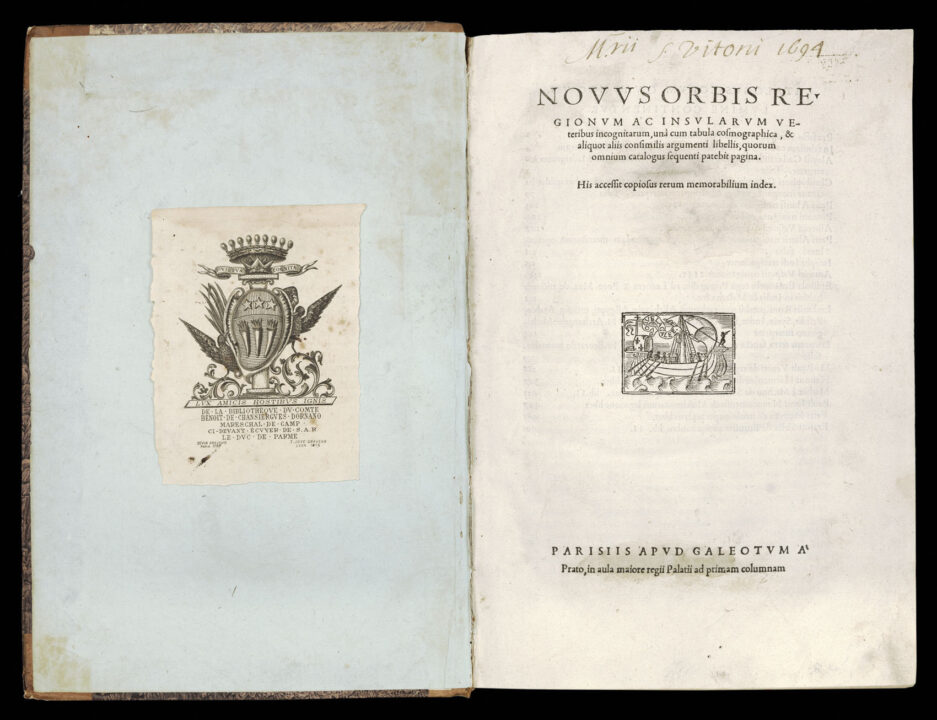 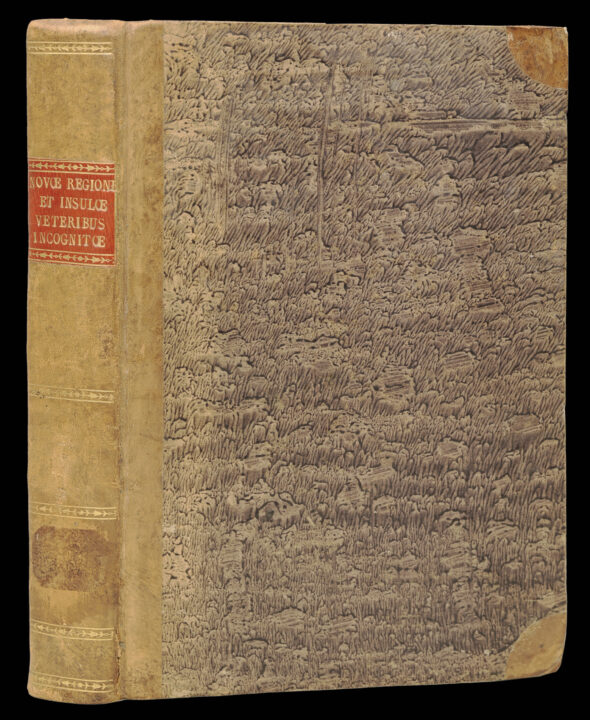