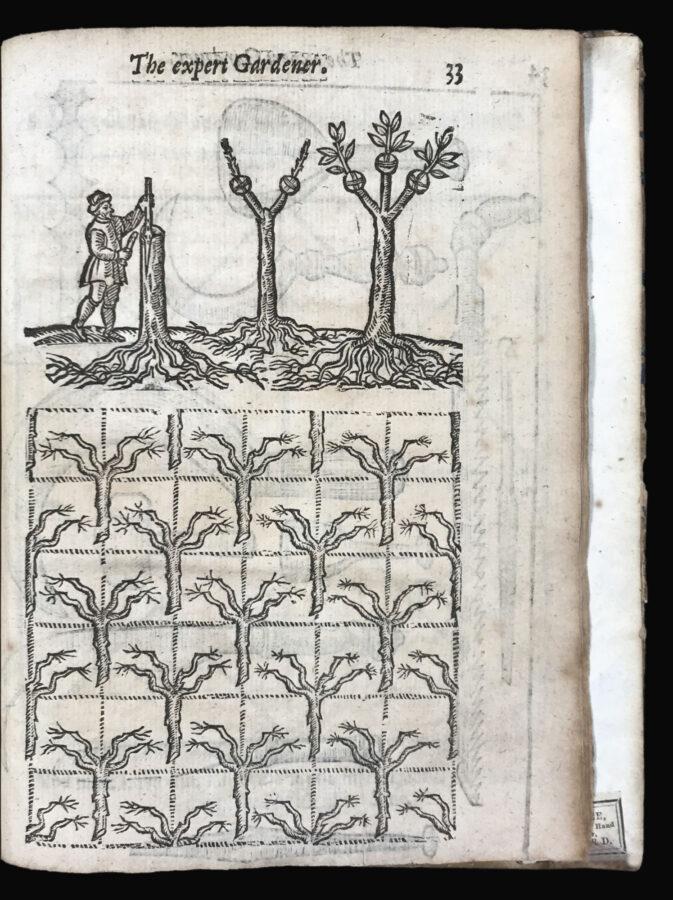 “The occasions and dangers of Planting, Graffing, and Gardening”

Country-mans Recreation or the Art of Planting, Graffing, and Gardening, in three Bookes; A Perfect Platforme of a Hoppe Garden; The expert Gardener: or, a Treasie containing certain necessary, secret, and ordinary knowledges in Grafting and Gardening: with divers proper new Lots for the Garden.

This volume contains three discourses on gardening, written at a time when the practice was evolving into a new science. The three works compiled within it were originally published in the sixteenth century, and proved so popular that they were continually reissued until being collected together by an anonymous author in this work of 1640. The first book is Mascall’s ​‘A Booke of the Art and Maner, howe to plante and graffe all sortes of trees’, a translation of a French treatise first published in 1569. The second is a reprint of Scot’s ​‘A perfite platforme of a hoppe garden’, written in 1574, and the third and final part is ​‘The Expert Gardener’, a text originally published in 1594 as ​‘The Orchard and the Garden’, but given a new title here.

The volume contains guidance on all aspects of garden maintenance, from how ​“to preserve and keepe Fruit” to ​“Remedies to destroy Snailes” and even ​“how to make your Cider”. The main work is prefaced by a lengthy table that functions as a contents page, as well as the author’s introduction that warns the reader that they must heed the contents carefully ​“whereby they may the better avoyd the occasions and dangers of Planting, Graffing , and Gardening, which may come often times through ignorance”. Various woodcut illustrations throughout the text show the tools required by a keen gardener, and demonstrate the best forms in which flower beds can be planted. These different models, shown in the last 20 pages of the book, are evidence of the ever-more elaborate trends in landscape gardening that had grown fashionable in Early Modern England. As a result of these grand and often laborious projects, gardening was transformed into a respectable masculine activity, combining intellectual understanding with physical exertion. The emergence of works such as these during the sixteenth and seventeenth centuries demonstrate the shift towards gardening as a serious practice, and even a profession. The second edition, produced in 1654, includes an additional treatise on ​‘The Art of Angling’ by Thomas Barker, suggesting that gardening had been fully adopted into the spectrum of viable masculine pursuits.

Rare: we have only been able to trace three examples appearing at auction in the past 40 years. 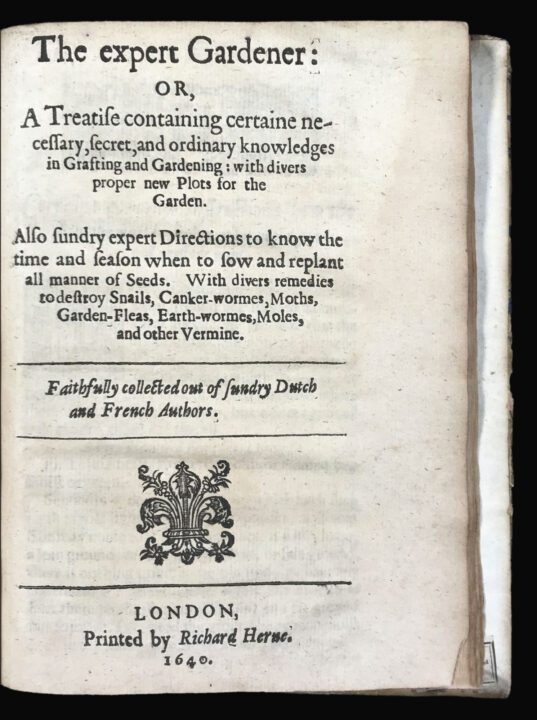 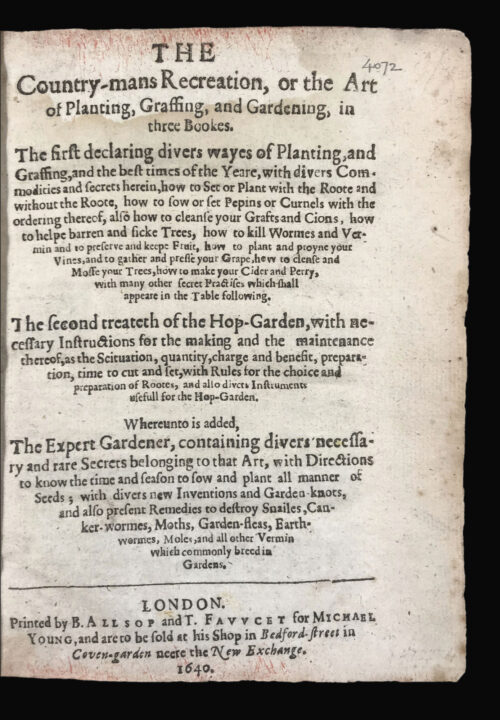 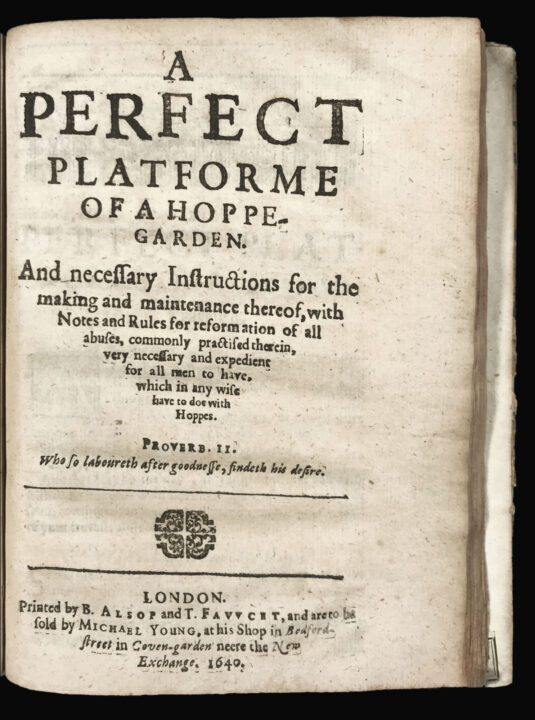 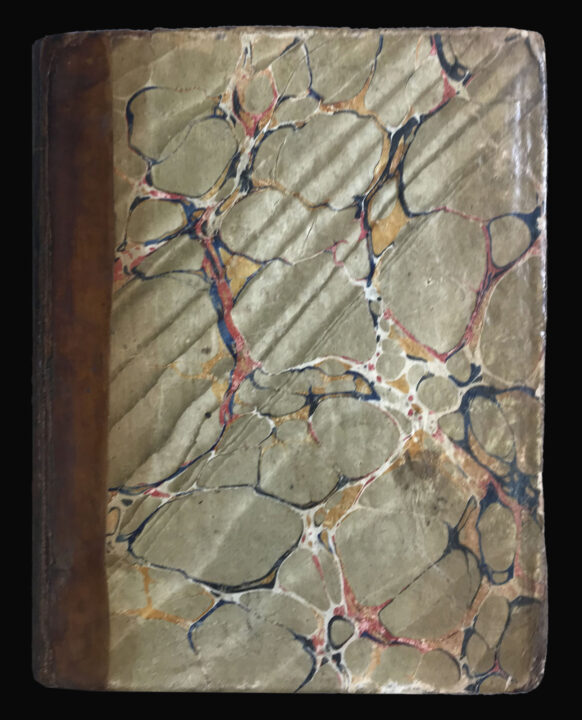