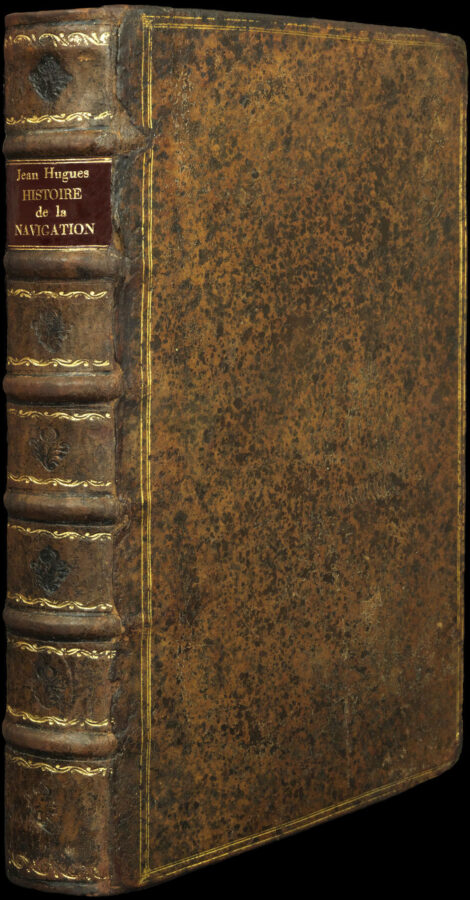 “The navigator’s vade mecum for the Eastern seas”

One of the most important of all travel books, Linschoten’s was the first printed work to include precise sailing instructions for the East Indies. Its exposition of a route to the south of Sumatra through the Sunda Strait allowed Dutch and, later, English merchants to circumvent the Portuguese stranglehold on passage, and, therefore, trade, to the East through the Straits of Malacca. This enabled the British East India Company and the Dutch East India Company to set sail for the Spice Islands and, ultimately, China and Japan, and was of such economic utility that, according to Church, and others, ​“it was given to each ship sailing from Holland to India” and soon became ​“the navigator’s vade mecum for the Eastern seas” (Penrose).

Jan Huyghen van Linschoten (1563–1611) left the Netherlands for Spain in 1576 and, with the assistance of his brother, Willem, secured passage to India in 1583 as secretary to Dominican Vicente da Fonseca, the newly-appointed Portuguese Archbishop of Goa. As a result of his position, Jan Huyghen had access to secret information, including the Portolan charts relating to the East Indies that had been well guarded for over a century. With an impressive disregard for the trust placed in him, Linschoten began to copy these maps meticulously, displaying an ​“avaricious thirst for knowledge which enabled him to get detailed information of land and sea as far afield as the Spice Islands and China” (Penrose). With the death of the Archbishop in 1589, Linschoten was obliged to set sail for Lisbon, but was delayed for two years in the Azores by a shipwreck following an attack by English pirates. He landed in Lisbon in 1592 and shortly thereafter traveled back to his home at Enkhuizen.

In 1595, with the support of the Amsterdam publisher, Cornelis Claesz, Linschoten began to record his travels in the three books contained within the present volume which Parry calls ​“a journal of human adventure and observation, [and] an uplifting story that appeals on many levels.“

The first book deals with the East Indies and East Africa, including regions as far east as Japan. Klooster describes the work as ​“a magnificent panorama of pictures and maps of the non-European world … [that] contained so much detailed and accurate information about shipping lanes, winds, and currents, that seafarers could use it virtually as a handbook”. The work is also especially valuable for its eyewitness account of India, termed by Lach ​“the most important of the firsthand accounts published independently of the great travel collections”. He further states that Linschoten’s description of Goa is ​“one of the most original and reliable narratives prepared during the sixteenth century on life at the hub of Portugal’s Eastern empire and still is regarded as one of the best sources for Goa’s history at the peak of its glory … [The] maps, which are much better and more detailed than earlier printed maps, were clearly derived from the latest and best Portuguese charts of the Eastern oceans and
sea coasts”.

The second book, here as ​‘Le grand routier de mer … Continant une instruction des routes & cours qu’il convient tenir en la Navigation des Indes Orientales, & au voyage de la coste du Bresil, des Antilles, & du Cap de Lopo Gonsalves’, was originally published in 1595: a year before the ​‘first’ book of this volume. It describes the navigation of the coasts of West Africa around the Cape of Good Hope to Arabia, together with the coasts of the New World. It includes a real ​‘roteiro’ after the Portuguese Royal pilot Diego Alfonso, containing sailing directions from Portugal to India, and instructions for sailing from island to island in the East Indies.

The present work is a fine and fresh example of the third edition in French, with commentaries by B. Paludanus reprinted from the edition of 1619. ​“Fine copies of this work with all the maps and plates are extremely rare” (Church). 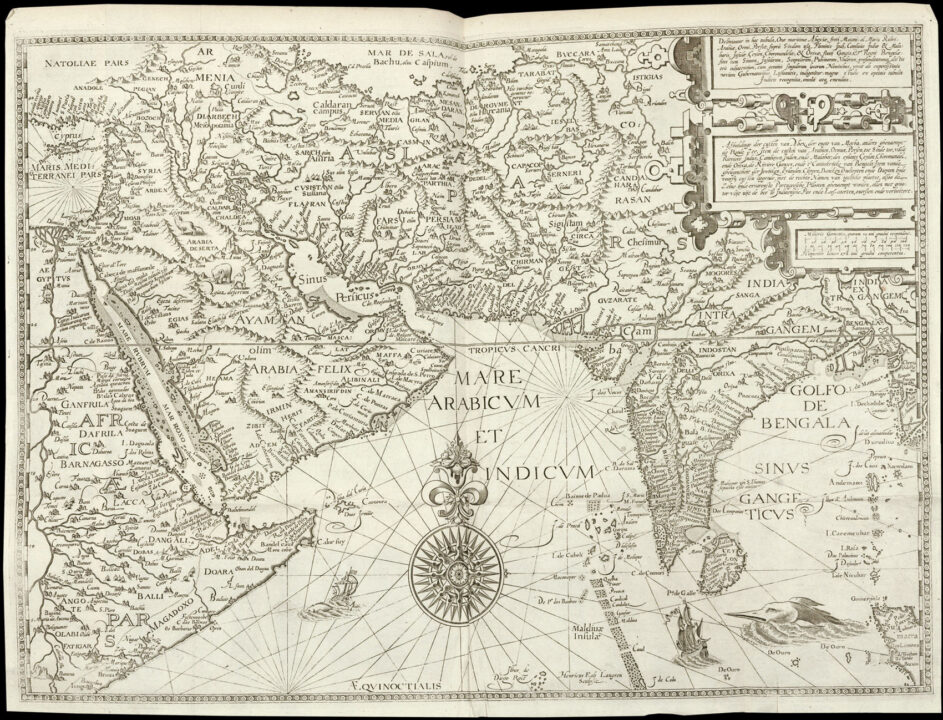 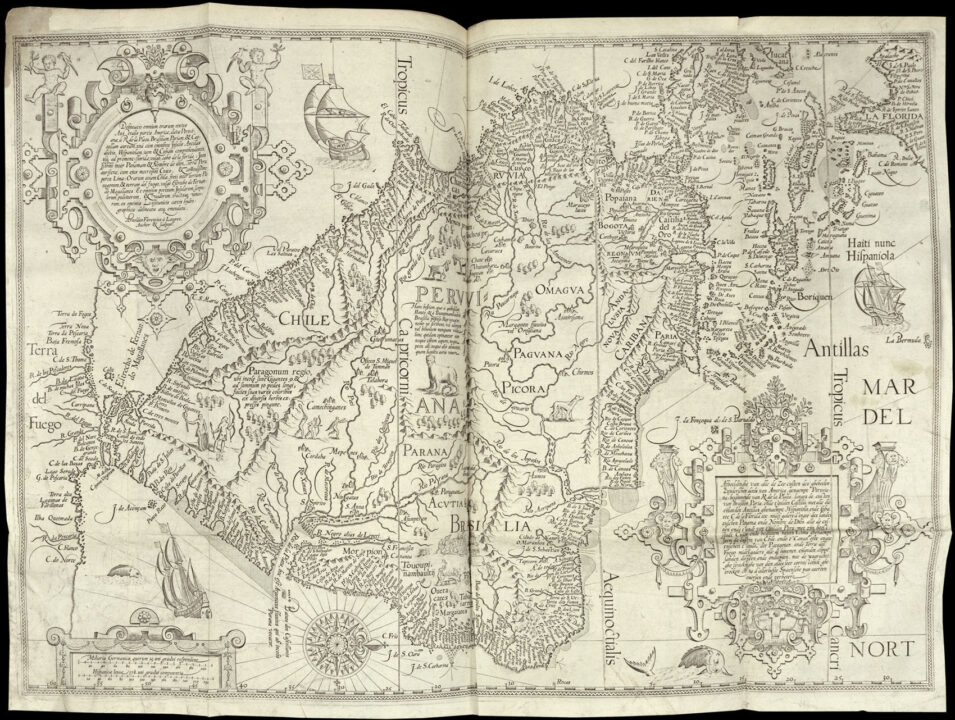