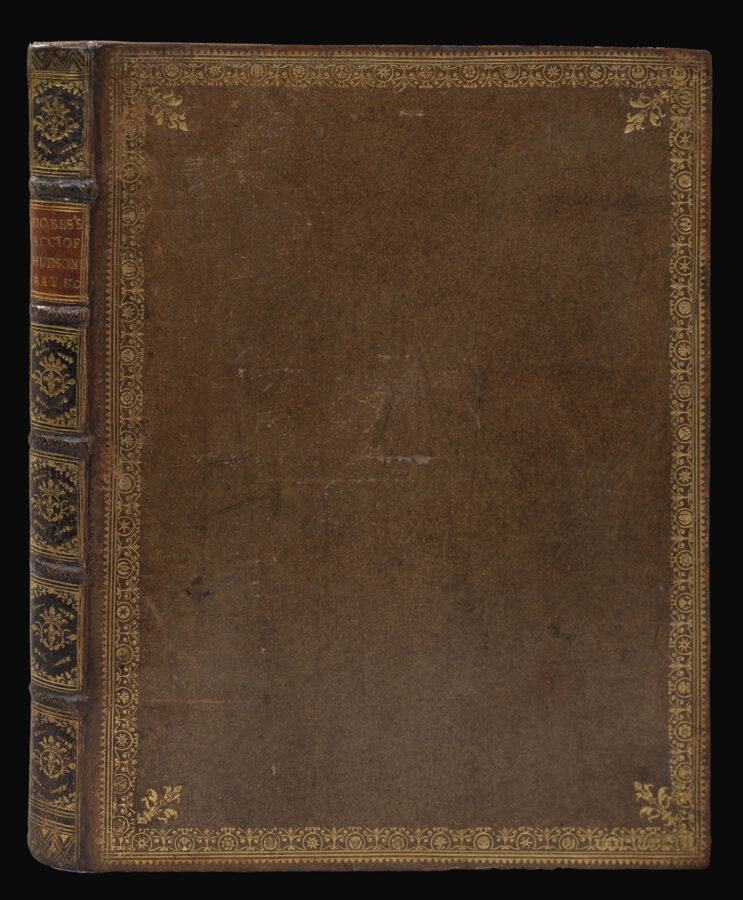 The most vocal supporter of the Northwest Passage

An Account of the Countries adjoining to Hudson’s Bay, in the North-West Part of America Containing A Description of their Lakes and River, the Nature of the Soil and Climates, and their Methods of Commerce, &c. Shewing the Benefit to be made by settling Colonies, and opening a Trade in these Parts; whereby the French will be deprivd n a great Measure of their Traffick in Furs, and the Communication between Canada and Mississippi be cut off.

The first edition of Dobbs’ opening shot in the war over the Northwest Passage.

Arthur Dobbs first began his campaign to find a Northwest Passage in 1731, writing a ​‘Memorial’ arguing that if the British did not find the passage before the French they would suffer commercially. He was convinced that the tides in Hudson’s Bay proved the existence of a passage, as well as sightings of black whales which he thought must have come from the Pacific. Finding such a passage would not only open up new trade routes, but provide another angle of attack in wartime. In 1735, he discovered that under the terms of the charter the Hudson’s Bay Company were entitled to all the trade of all waterways ​“in whatsoever Latitude they shall be, that lie within the Entrance of Hudson’s Streights”. In Dobbs’ view, this made it imperative that the company should finance an expedition to find the elusive passage, a view not shared by the company itself. Dobbs partnered with Christopher Middleton, a captain with the company who shared his interest in the Northwest Passage. Together, they eventually managed to get royal approval and funding for a voyage.

The expedition was ill-fated from the start — it took years to get funding and approval from the Navy and the crown, and the Hudson Bay Company was hostile to what it saw as an attack on its monopoly. Eventually Middleton set off, but his plan to explore north in the first year of the expedition was scuppered by the weather when they arrived in North America. They spent the winter in a Company fort, losing men to scurvy and the cold. The demoralised expedition set off again the next year, exploring further north than any previous European voyage, but failed to find the all-important passage and returned to England. Initially, Dobbs was pleased with Middleton’s achievement, saying that he was sure Middleton had in fact found proof of a passage. When Middleton repeated that he had not, the relationship soured, culminating in a pamphlet war between the two where Dobbs accused Middleton of taking money from the Hudson Bay Company to cover up the discovery of the strait.

This work marks the beginning of this war. Dobbs argues that action must be taken to prevent the French taking control of territory to the west of British colonies, which they eventually did. Having never travelled to Hudson’s Bay himself, he relies on French publications and Canadian sources, particularly that of Métis trader Joseph La France. The book includes a fine map of the coastline of America from California in the west, to Greenland in the north and down to New York and Long Island in the southeast. Large parts of North America are missing, still unexplored, and it shows the fictional Longue and Tagaluk rivers popularised by the account of the Baron de Lahontan. Dobbs’ argument is made by showing the ​‘unknown coast’ of California joining the northwest coast of Hudson Bay.

Bookplate from the library of Ragley Hall, seat of the Marquesses of Hertford. 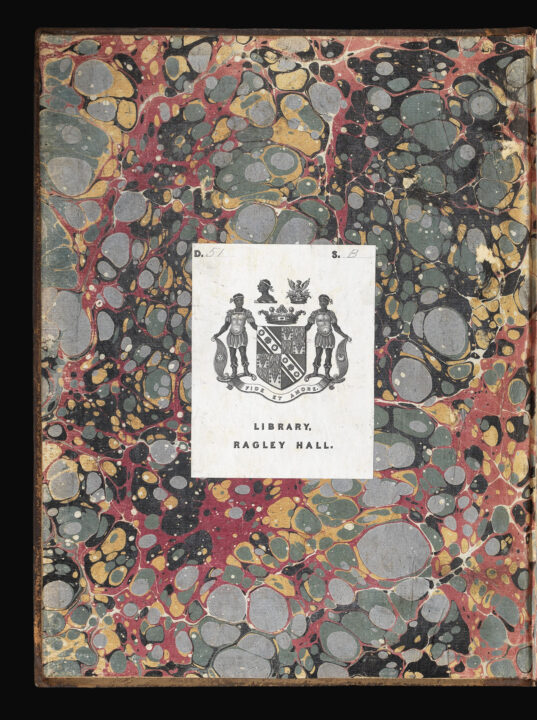 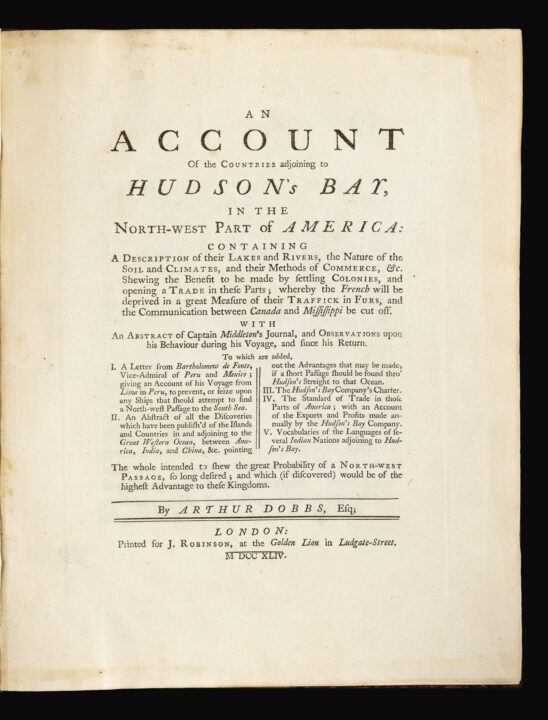 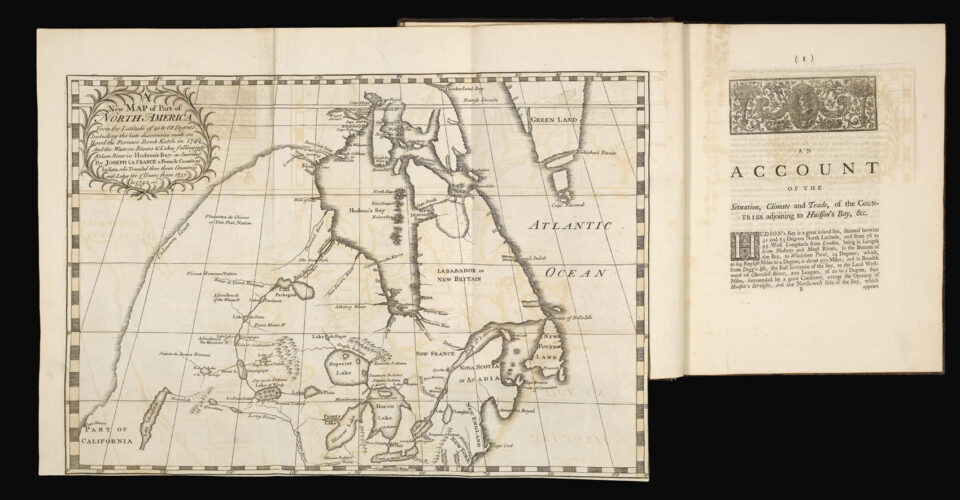