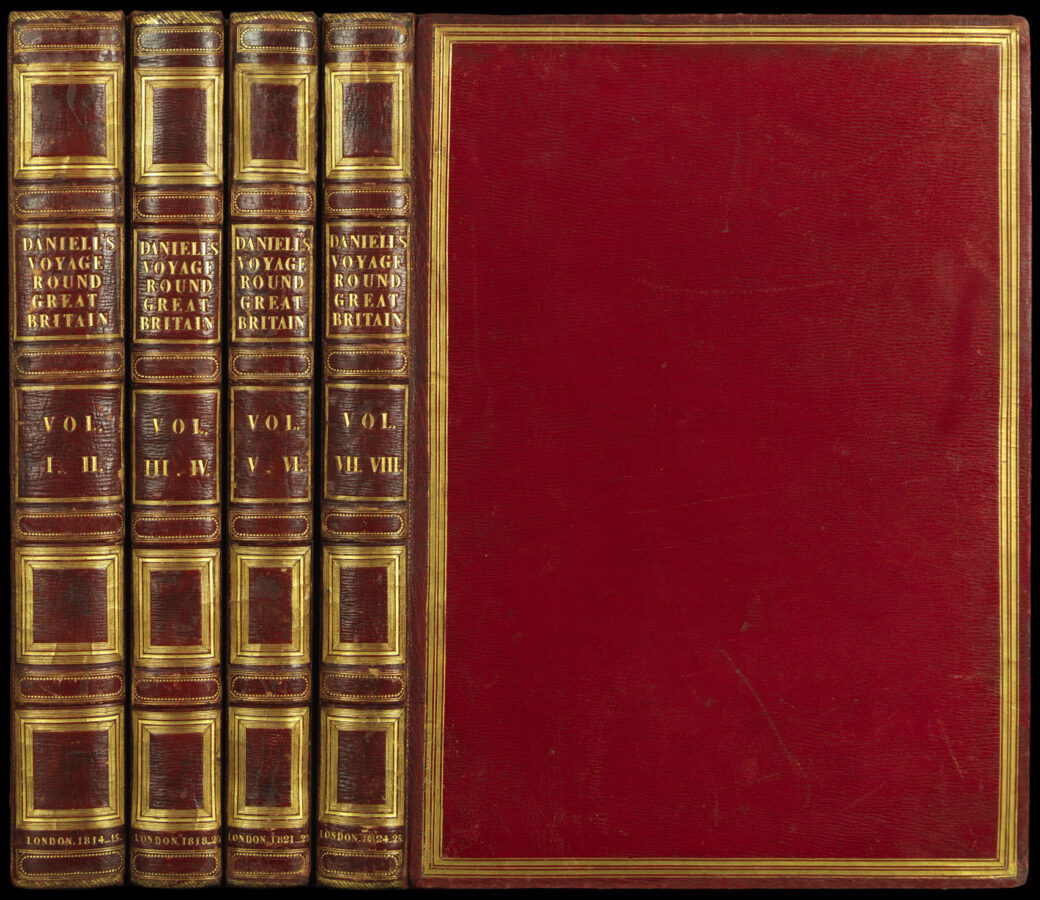 “The most important colour plate book on British topography”

By DANIELL, William and Richard AYTON, 1814

A Voyage Round Great Britain Undertaken in the Summer of the Year 1813, and commencing from the Lands-End, Cornwall, by Richard Ayton. With a series of views, illustrative of the character and prominent features of the coast, drawn and engraved by William Daniell, A.R.A.

A finely bound set with early issues of the aquatints of ​“the most important colour plate book on British topography” (Tooley).

The voyage circumnavigated the whole of Great Britain and is ​“valuable as a record and exquisite in its presentation” (Tooley).

In addition to the fine binding, the present example is remarkable both for the inclusion of the index chart (which was not included in all copies) and for the fine, early impressions of the aquatints bound from the original parts, issued from 1 January 1814 and not completed until 1825. The plates bear the following ​“J. Whatman, Turkey Mill” watermarks: volumes I and II: 1811; volumes III and IV: 1816; volumes V and VI: 1820; and volumes VII and VIII: 1823/4. The map and endpapers are dated 1825 and 1826 respectively.

Bookplate of the Pierpont Morgan Library, together with note slip ​“The gift of Henry S. Morgan 1951”. 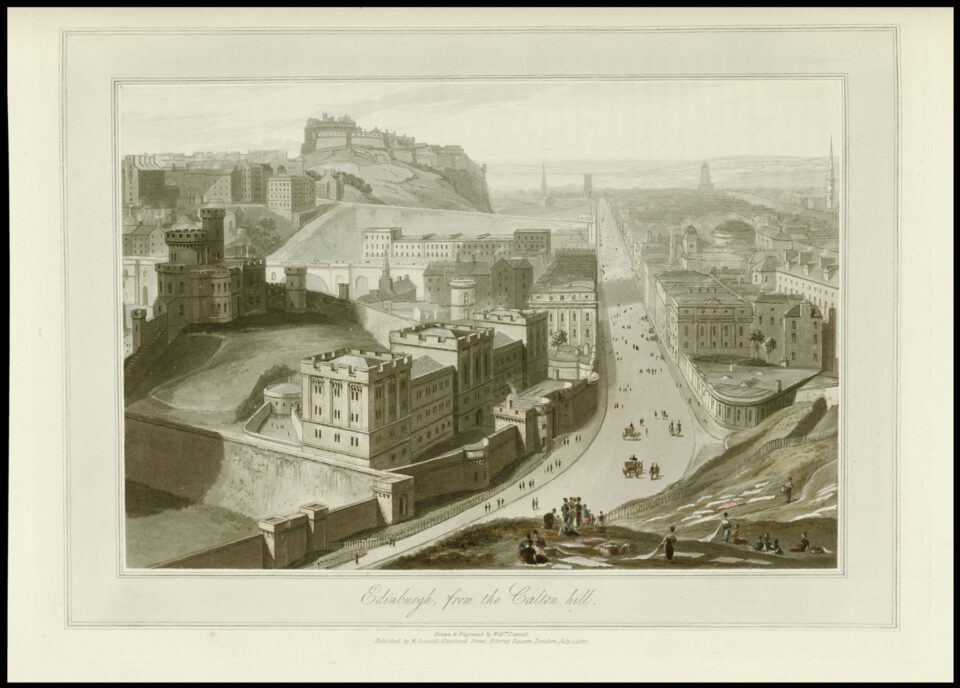