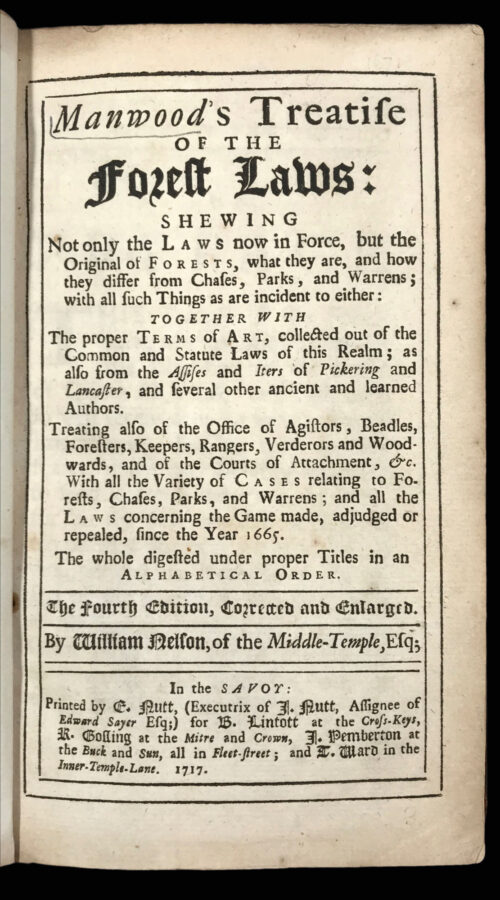 The most cited source on forest law

Manwood’s treatise of the forest laws: shewing not only the laws now in force, but the original of forests, what they are, and how they differ from the chases, parks and warrens; with all such things as are incident to either: together with the proper terms of arts, collected out of the common and statue laws of this realm; as also from the assises and iters of Pickering and Lancaster, and several other ancient and learned authors. Treating also of the office of agistors, beadles, foresters, keepers, rangers, verderors and woodwards, and of the courts of attachment, &c. With all the variety of cases relating to forests, chases, parks and warrens; and all the laws concerning the game made, adjudged or repealed, since the year 1665. The whole digested under proper titles in an alphabetical order.

Rare later edition of the most important book on forest law.

In 1598, the esteemed lawyer John Manwood published his ​‘Treatise and discourse of the lawes of the forrest’, a commentary on the legal status of Britain’s woodlands. Manwood worked as a gamekeeper at Waltham Forest, and was a justice of the New Forest, equipping him with a wealth of practical experience along with his theoretical understanding. Since his work proved popular in private circulation, the author later published an expanded edition, which was followed by further posthumous reprints in 1615 and 1665.

Almost 120 years after it was first published, Manwood’s treatise was reproduced by lawyer and legal writer, William Nelson. In this fourth edition, the material has been rearranged into alphabetical order, with the English text modernised to eighteenth century standards. Nelson’s version was as successful as the original, and was reprinted in 1741. In part because of this revival, the treatise became the most cited secondary source on forest law, and remained hugely influential until the twentieth century, when great changes in British land-ownership necessitated updated laws. Despite its popularity, copies of Nelson’s edition remain extremely rare. 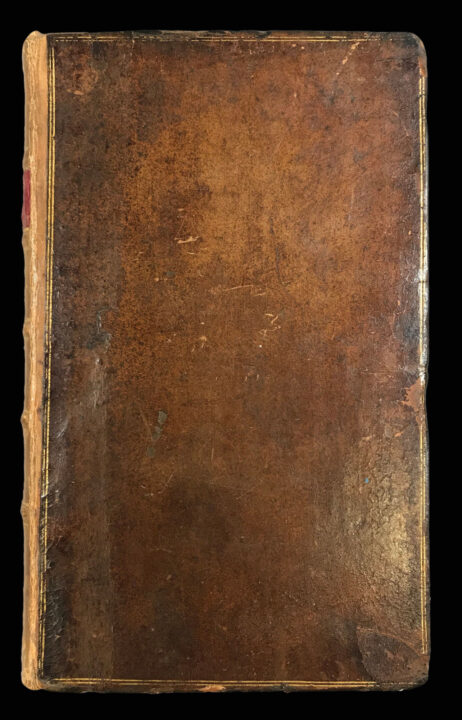