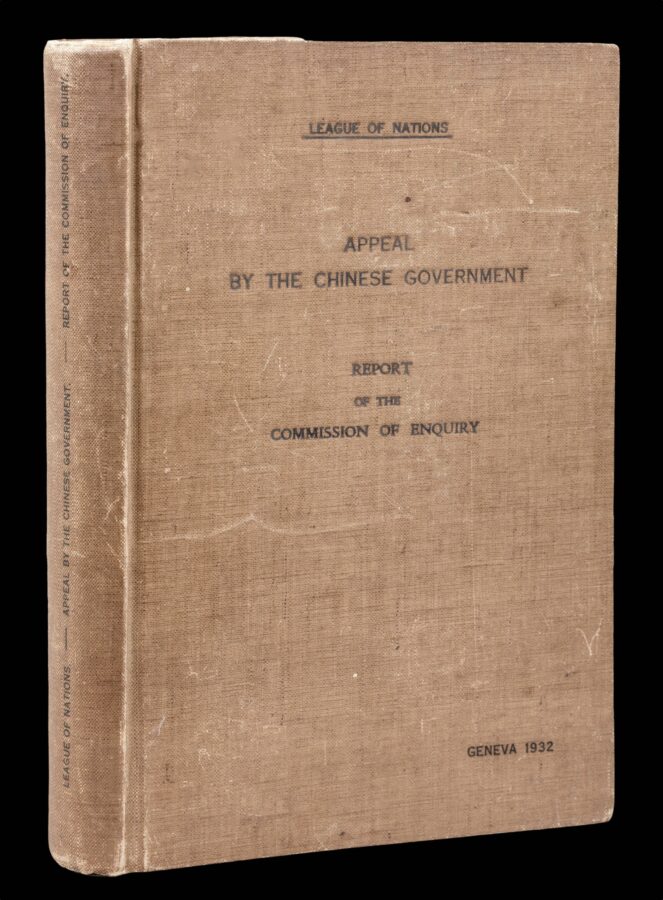 Appeal by the Chinese Government. Report of the Commission of Enquiry… signed by the members of the commission on September 4th, 1932, at Peiping.

Known as the Mukden Incident, the detonation of dynamite along part of the South Manchuria Railway by a member of the 29th Japanese Regiment in 1931 allowed Japan to accuse Chinese dissidents of the attack, and gave them an excuse to launch a full invasion of Manchuria. Japan quickly occupied key Manchurian cities, in response to which China appealed for help from the world’s powers. The Council of the League of Nations, supported by the United States, sought to negotiate a peaceful solution to the conflict.

In January 1932, the Council dispatched an inquiry commission to China under the leadership of British diplomat, Victor Bulwer-Lytton, 2nd Earl of Lytton. By the time the so-called Lytton Commission arrived in China in the April, the Japanese army had already established the Manchurian puppet state of Manchukuo. Five months later, the Lytton Commission issued its report, on the advice of which, the League of Nations refused to recognise Manchukuo as a legitimate state and proposed measures to re-establish Chinese control of the region. Naturally, China accepted the League of Nations’ recommendations for restoring peace; Japan did not and withdrew from the League in 1935.

Discussed in the Lytton Commission, of which the present book is an example, discusses recent events, issues between Japan and China, the situation in Shanghai and Manchukuo, economic interests, and the conditions for a settlement, as well as offering various recommendations to the Council. A number of maps illustrate the political standing of Manchuria, including its railroads, the military situation at various dates from September 1931 to August 1932, and the routes taken in China by the Commission. The report is in the archives of the League, which were transferred to the United Nations in 1946 and are housed at the UN office in Geneva. They were inscribed on the UNESCO Memory of the World register in 2010. 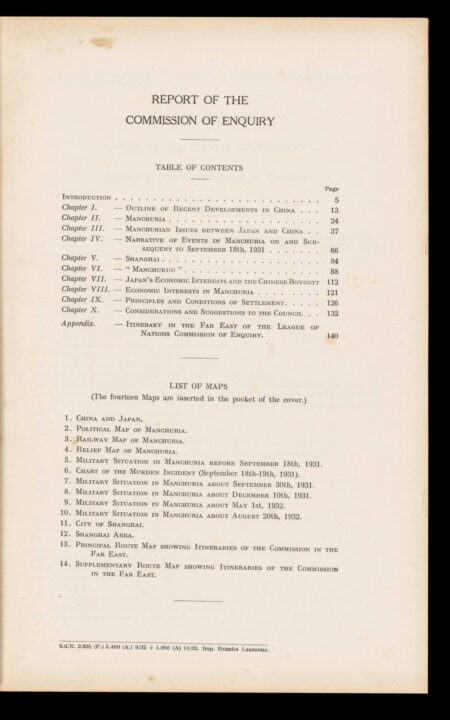 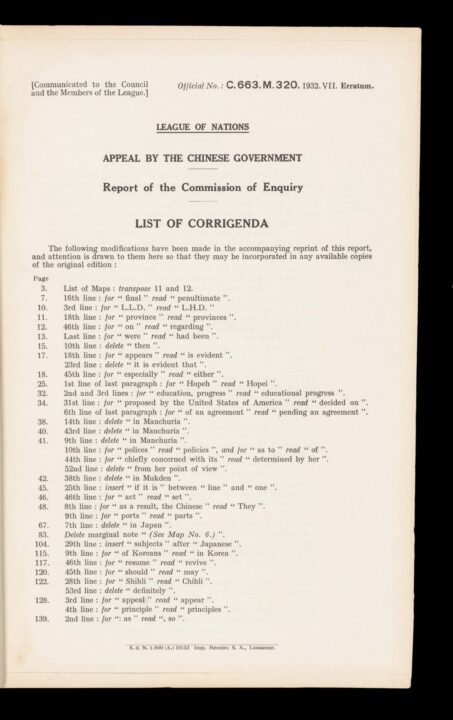 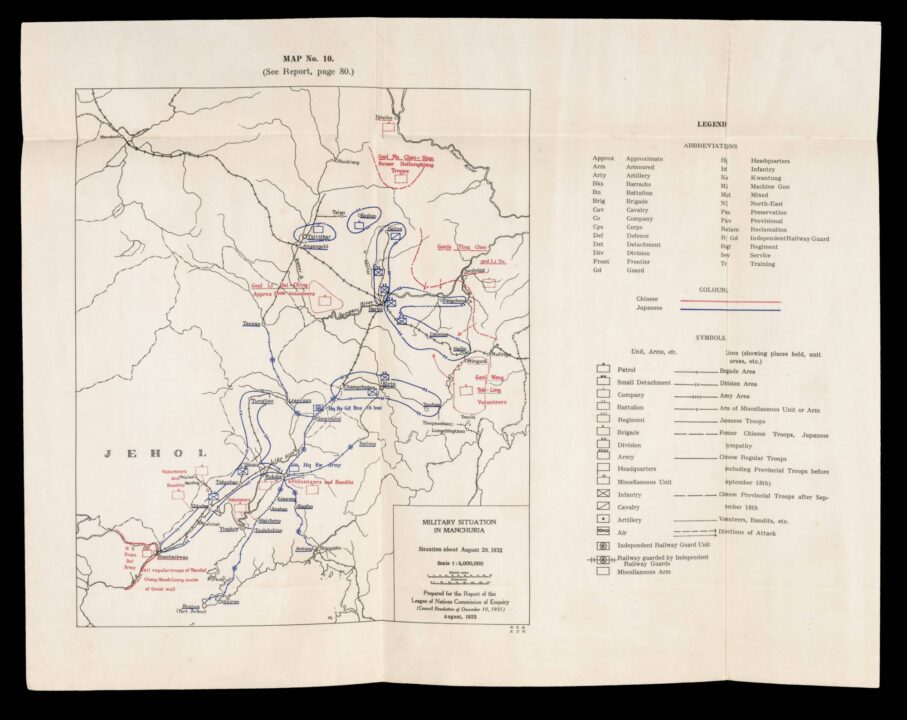 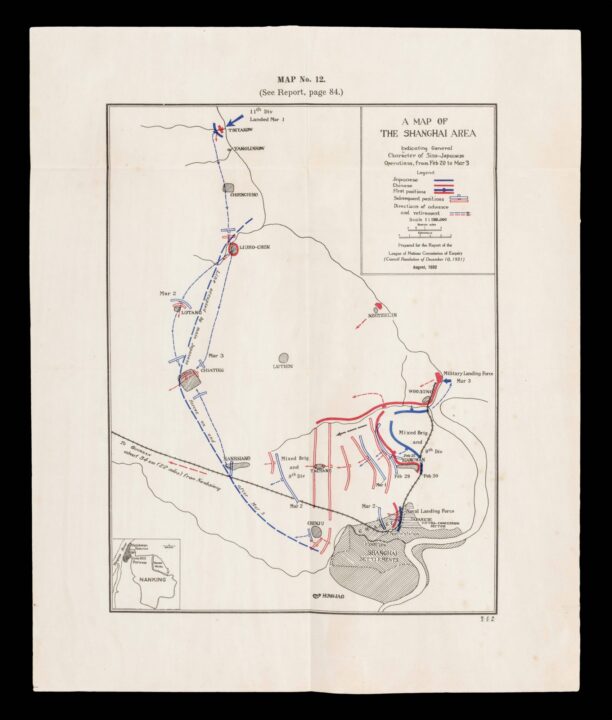 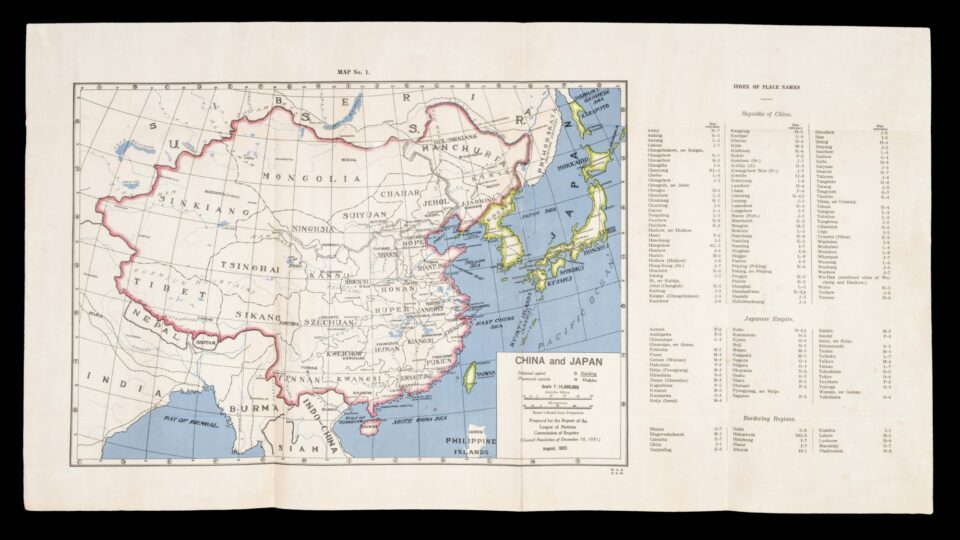 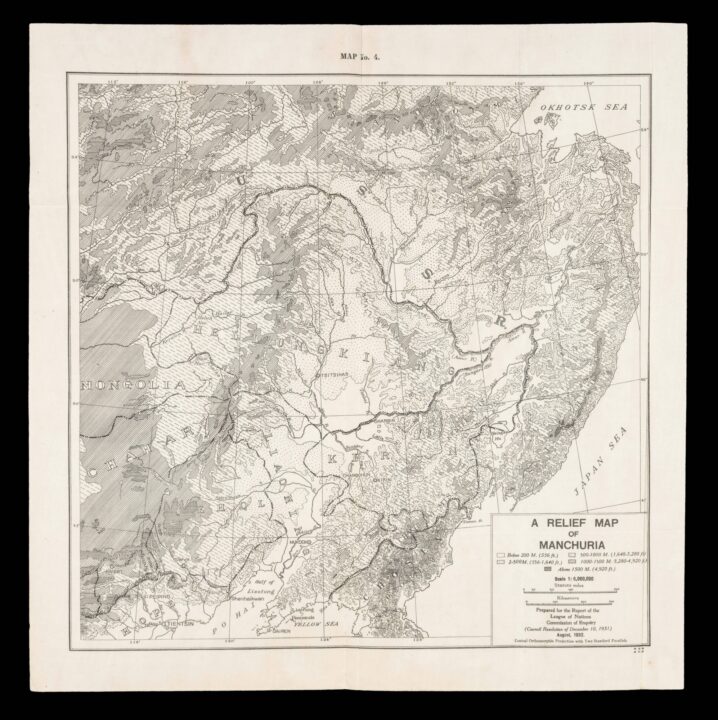