The Jews of Nazi Vienna

A rare report published in 1939 by the Israelitische Kultusgemeinde Wien (the IKG, or the Vienna Jewish Community) about their finances and expenses, especially in regards to Jewish emigration out of Nazi Germany. The report is written in English for the benefit of the American Jewish Joint Distribution Committee, a philanthropic organization that was providing critical financial support to European Jews.

The IKG, established in 1849, served one of the largest and most prominent Jewish populations in Europe by providing a range of social, religious and educational services for its members. It also acted as the official mouthpiece for the Viennese Jewish community during dealings with the Austrian government. After the 1938 Anschluss, the Nazis atypically tasked the IKG with organizing Jewish emigration out of the city. As a result, the IKG was the only Jewish organization in Nazi Germany legally permitted to continue operating. By the time this report was published in October 1939, out of a Jewish population of around 185,000, over 110,000 Jews had left the city. By 1941, when coerced emigration became forced deportation, over 125,000 had emigrated elsewhere.

This report was most likely written and compiled by Benjamin Israel Murmelstein (1905–1989): the only rabbi remaining in Vienna by late 1939 and one of the board members of the IKG. Murmelstein’s role at the IKG was to organize Jewish emigration out of Austria. He produced reports about his work, such as this one, for both the American Jewish Joint Distribution Committee and for the Central Agency for Jewish Organization, which was then run by Adolf Eichmann. Murmelstein stayed in Vienna until the bitter end, and was deported to Thereisenstadt in 1943. There, he became the head of the camp’s Judenrat, and his ruthlessness in that role resulted in his being both feared and reviled by his fellow inmates. He was arrested and tried as a collaborator after the war, but was not convicted. In 1975 Claude Lanzmann, the director of the acclaimed documentary ​‘Shoah’, interviewed Murmelstein about his past. This interview became Lanzmann’s controversial 2013 documentary ​‘The Last of the Unjust’, which angered many critics by portraying Murmelstein in an ambiguous moral light.

The folded world map shows the number of Jews to emigrate from Vienna to a variety of different countries all over the world. The report’s text begins with a census of Vienna’s remaining Jewish population, and it gives a detailed account of recent emigration. This is followed by an analysis of various social services provided by the IKG, such as professional retraining, soup kitchens and hospitals. The expenses incurred by these services are all noted in tables. A final accounting of all expenses shows that the IKG requires 1,015,000 Reichsmarks a month from foreign aid groups in order continue its efforts. Lastly, the pamphlet gives an account of what past donations, in excess of a million dollars, have paid for: they allowed 7,456 poor Jews to emigrate. The additional pamphlet, titled ​‘The Use of Foreign Currencies,’ contains a more detailed accounting of exactly where and how the American Jewish Joint Distribution Committee’s money was spent. Together, these reports provide a fascinating glance into the logistics and economics of Jewish emigration out of Nazi Germany. 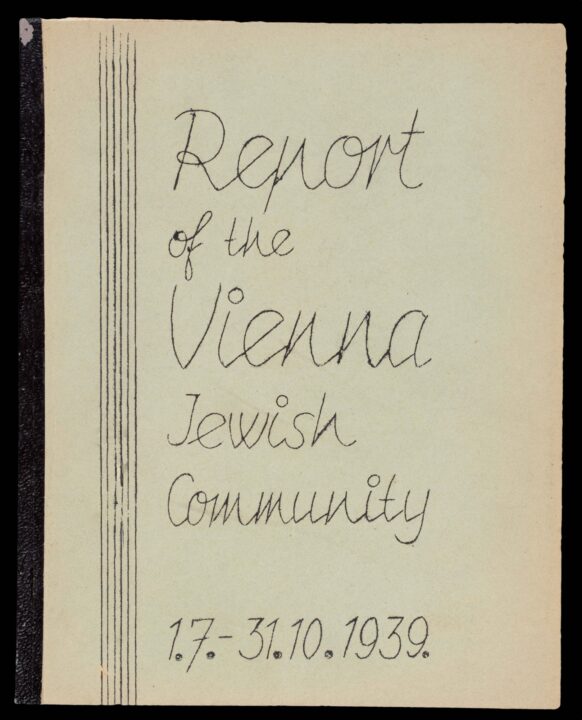 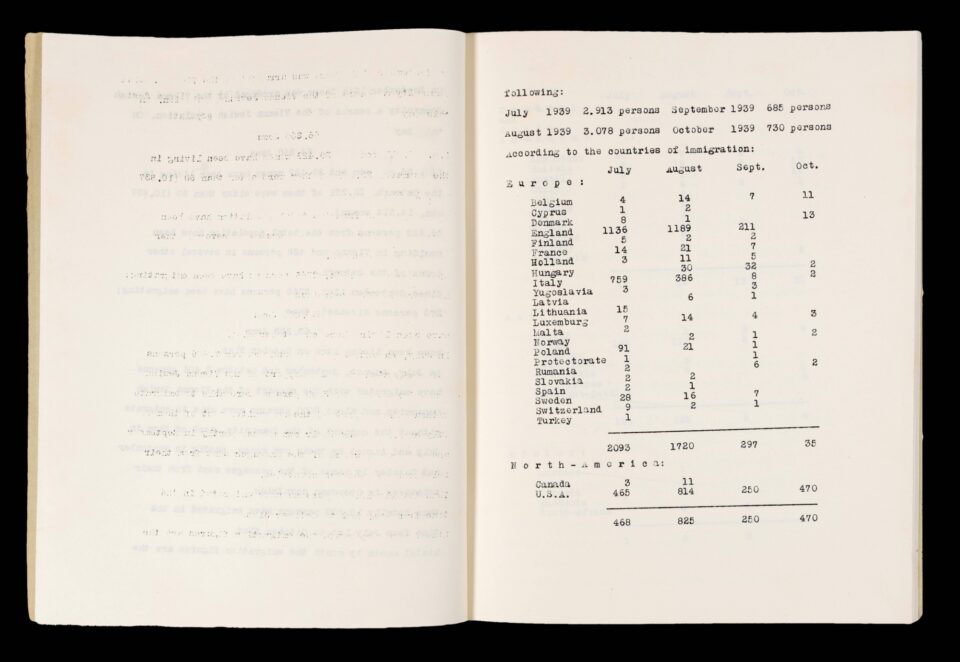