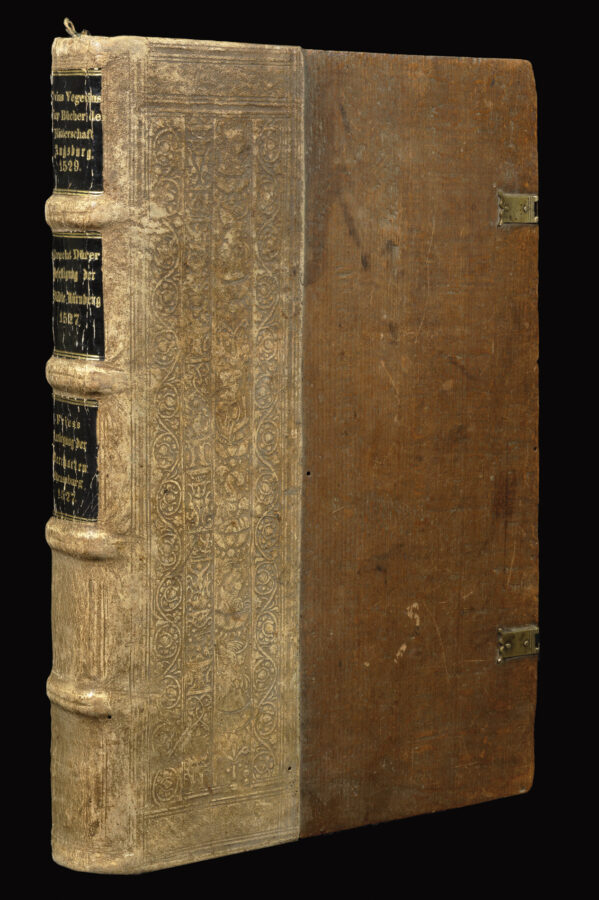 The instructions to the famous ​“Carta Marina”, incorporating a rare map by Martin Waldseemüller showing the voyage of Alvise Cadamosto

By FRIES, Laurent; and Martin WALDSEEMÜLLER, 1527

In 1507 Martin Waldseemüller produced his famous globe and world map ​“The Birth Certificate of America”, together with his ​‘Cosmographiae Introductio’: the first book to call the new world ​“America”. In 1516 Waldseemüller produced a new world map as a tribute to the Portuguese Navigators with the title ​‘Carta Marina Navigatoria Portugallen. Navigationes…’. Both world maps are known by a single surviving example, originally bound together in an album in the library of the Princes of Waldburg zu Wolfegg-Waldsee, and now in the Library of Congress.

Shortly before he died in 1518, Waldseemüller began work on a large illustrated description of the world ​‘Itineraria, das Buch Chronica Mundi’. Several drawings for this work had been completed, however, and the publisher Johannes Grüninger suggested to Waldseemüller’s collaborator Laurent Fries, that he should make use of them, together with all of Waldseemüller’s other works.

With the encouragement of Grüninger (see Skelton, 1960 p.127) Fries issued a new, German language, edition of the Carta Marina in 12 sheets in a somewhat reduced format. Whilst the map is dated 1522, it was not published until 1525, and was re-issued in 1527 and 1530. Only one example of this map is extant: the Bayerische Staatsbibliothek holds an example of the 1530 edition that was discovered by Sudhoff in 1902.

As Waldseemüller had not provided a descriptive text for his 1516 map, Fries made good the omission with the publication of the present work, and utilized the extant completed drawings from Waldseemüller’s unfinished ​‘Itineraria…’. The first edition of the book appeared in 1525.

The book begins with a letter by Fries (styled ​“Philosophus”) to Grüninger in which he tells the story of his edition of Waldseemüller’s map. Fries was probably personally responsible for the first part of the book, which includes an introduction to cosmography, instructions for mounting and using the map, and a ​“resister” or index of some 200 place names. The second tract, ​“explaining some countries and customs” includes, among other things, an entire chapter on ​“America” and a detailed description of Vienna, leading Fries’ biographers to assume that he spent some time there. Much of this section, however, is taken from the accounts of the renowned traveler Odovacar did Barthelme and from a German translation of Francanzano da Montalboddo’s ​‘Paesi novamenta retrovati’. These were sources that Waldseemüller had used and cited on his Carta Marina, and it seems likely that Fries was working from Waldseemüller’s unfinished manuscript from the ​“Itineraria…”. Several references in the Uslegung mention a larger book that would contain more detail, and we know that Grüninger, as late as April 1525, still hoped to persuade the legendary humanist Willibald Pirkheimer to edit the Waldseemüller mansucript (Hase, 1985, cxlvi-cxlvii). Hans Baldung Grien engraved the illustration on the title page of the Uslegung and perhaps others as well. The second part of the Uslegung includes a small map showing the route followed by Alvise Cadamosto to Madeira and the Canaries in 1455. This map is almost certainly one Waldseemüller had prepared for his ​“Itinerario…” (See: Meurer, 2012, ​‘Sechs Karten der Westafrikanischen Küste aus der Waldseemüller-Schule’ in Cartographica Helvetica, 45, pp.15–26.).

Following the map is the author’s preface to Grüninger and, finally, instructions for mounting the Carta Marina on canvas. These instructions show clearly that the map was published with the text. Harisse stated that two maps were included in the Uslegung, but named only the Cadamosto map. Bagrow examined six examples of the book, but never encountered a second map (Bagrow, 1928–30, 1:73). Possibly Harisse included the large view of Calcutta in his count.

The 1525 text of the Uslegung contains fourteen small illustrations, six of which are in the edition of Ptolemy, while 8 are new. Further, a view of Venice and another of Calcutta were included, which were undoubtedly among the blocks for the ​‘Itineraria’. According to Karrow (1993, p.203) both the view of Venice and the map were removed from the somewhat abbreviated edition of 1527. The present example, however, retains the Cadamosto map. By the edition of 1530, the Uslegung had shrunk to just 22 leaves.

The other two works bound in the volume are not without merit. The detailed woodcut illustrations in this edition of Vegetius, depicting siege engines, artillery and devices for breathing under water, were mostly taken from the 1511 Erfurt edition (VD16 V465), which in turn were derived from the 1476 Verona edition of Valturius’s De re militari. The Dürer is supposedly the second edition of the work, though the first edition, mentioned in Brunet and Dodgson as containing the fortress under siege plate, is a great rarity and does not appear in VD16.

The Uslegung is rare, and the present copy is the only example of which we are aware in private hands. Bagrow states that there are six known examples of the book. However, we have been able to track down a few more and, in addition to the present book, we are now aware of the following examples of the three known editions of the Uslegung: 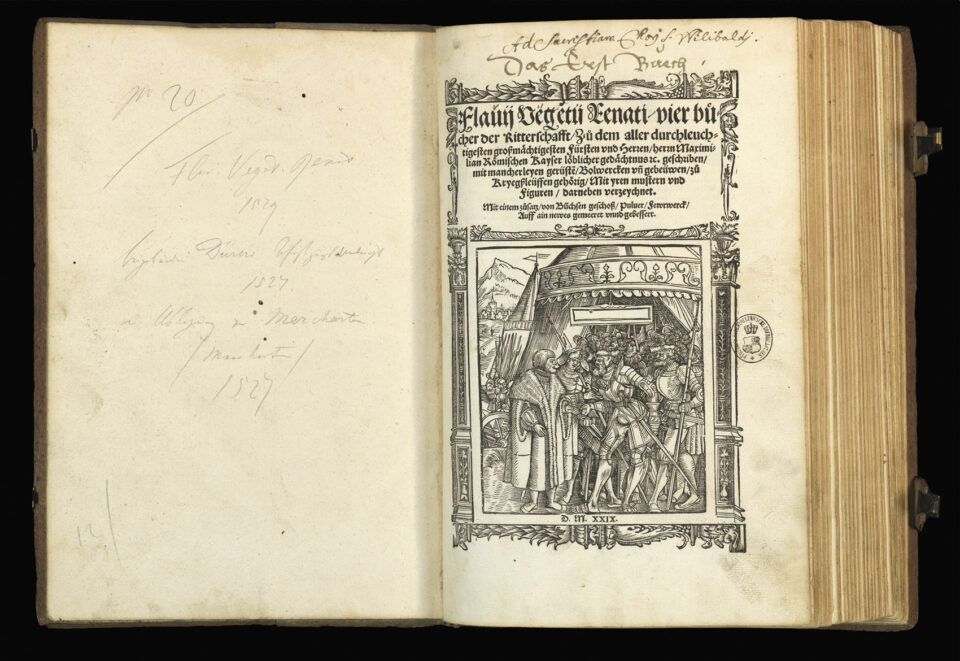 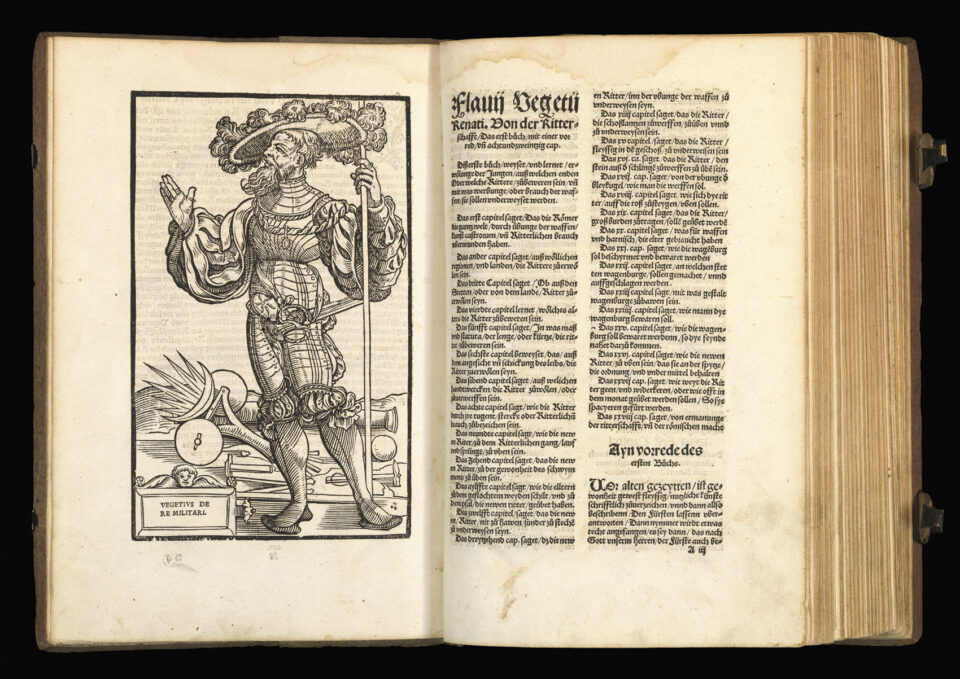 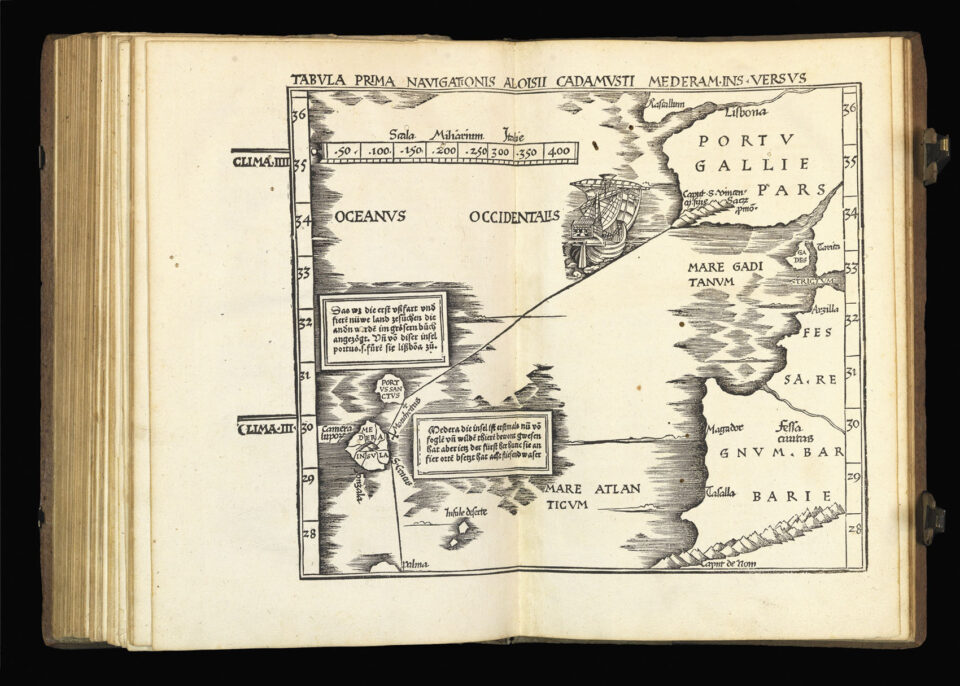 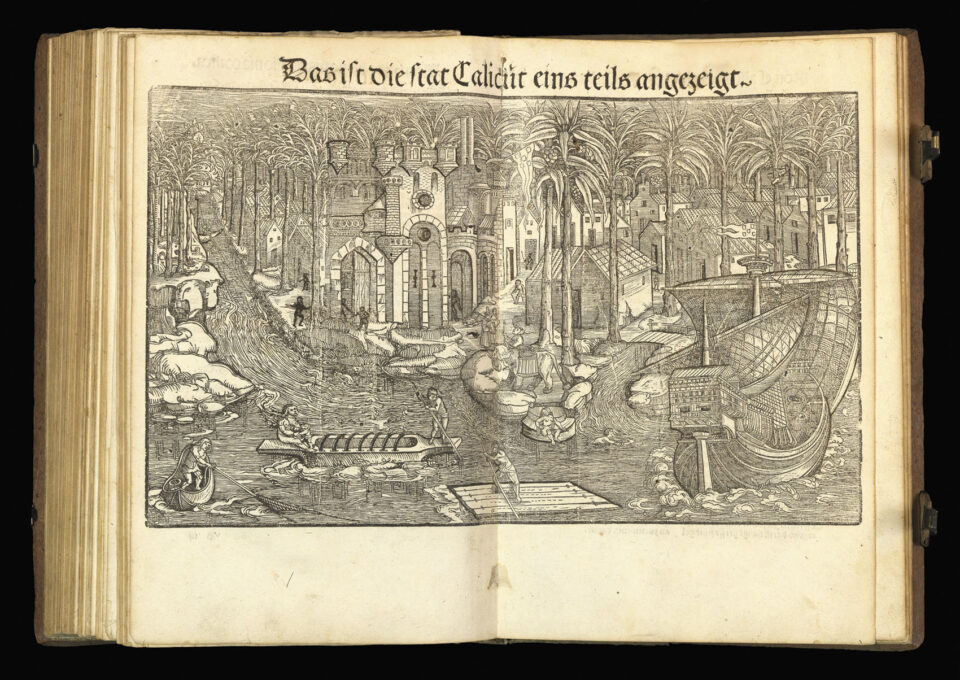 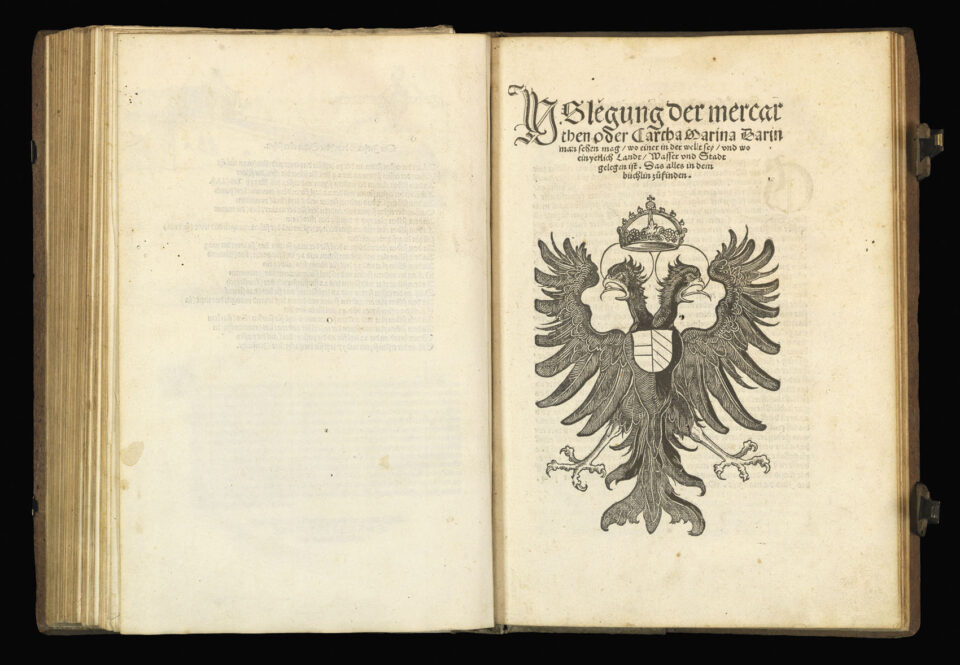