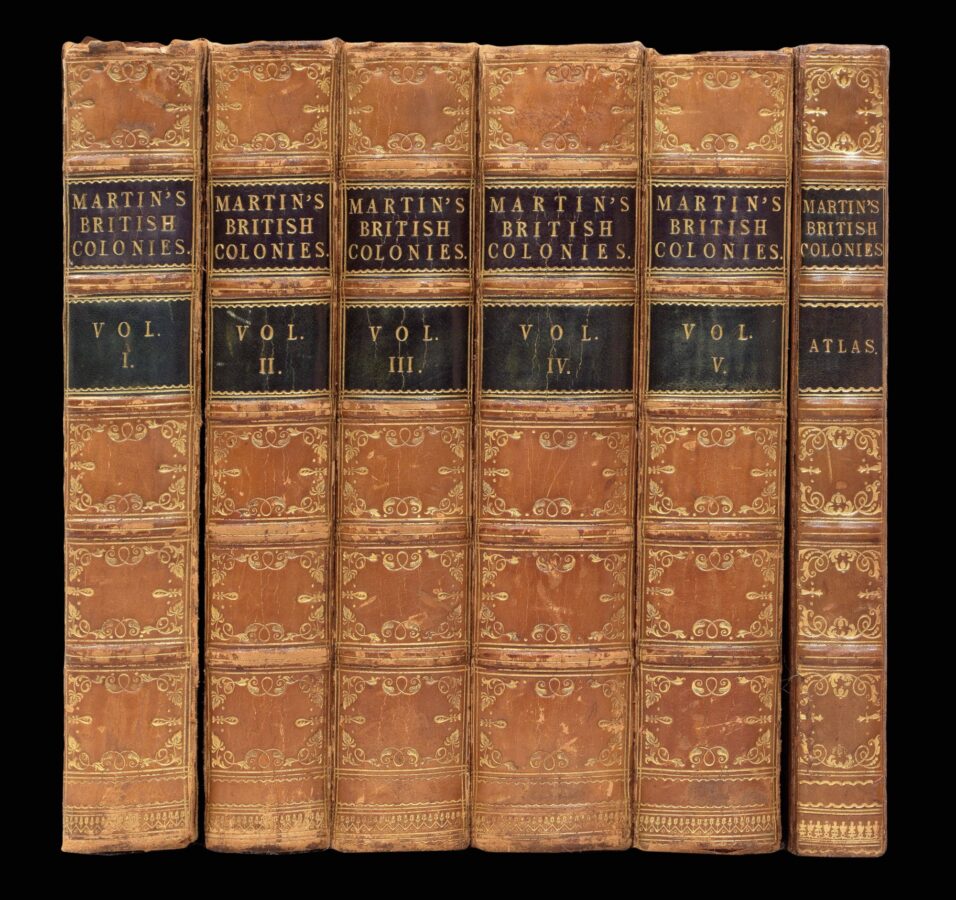 The height of Empire

History of the British Colonies…

First edition. Martin (1800–1868) travelled the world from an early age. He lived in Ceylon, the east coast of Africa, Sydney and Parramatta in New South Wales, Calcutta, Hong Kong, and Ireland. ​“At a time when some questioned the value of the empire, Martin was its spokesman. He favoured a reformed colonial policy and, as a proprietor of the East India Company (1838–43), debated both at India House and through journal articles… Martin, however, had a ready pen and his importance lies primarily in his chronicling of empire and his exposition of political and social issues, particularly in the context of non-Ricardian economics. The very diversity of his activities and writings—267 printed works and 580 surviving unpublished letters and memoranda—underlines his significance” (Frank H.H. King ODNB). 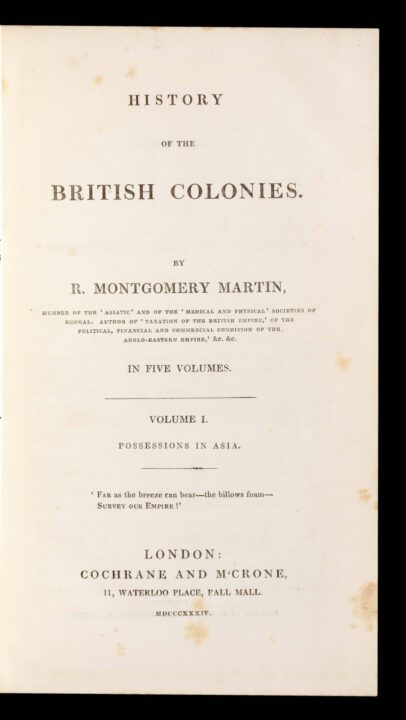 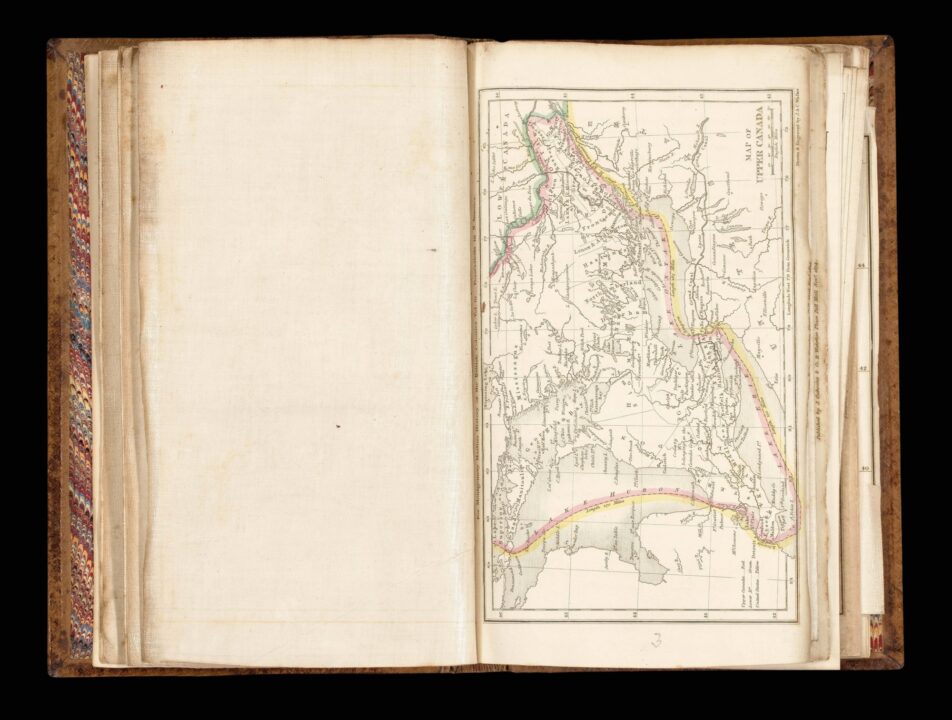 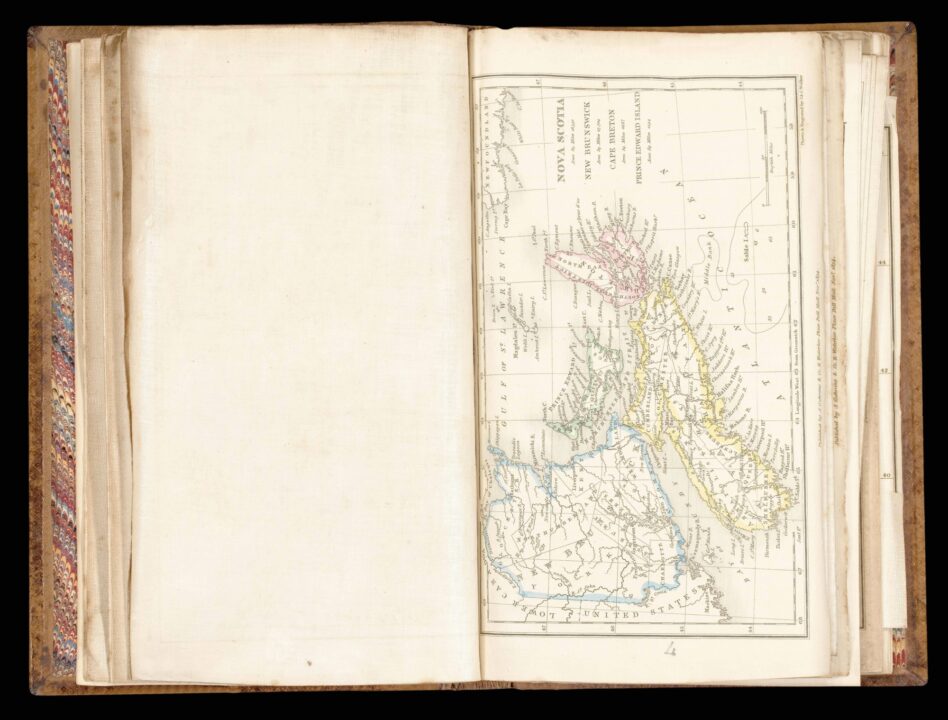 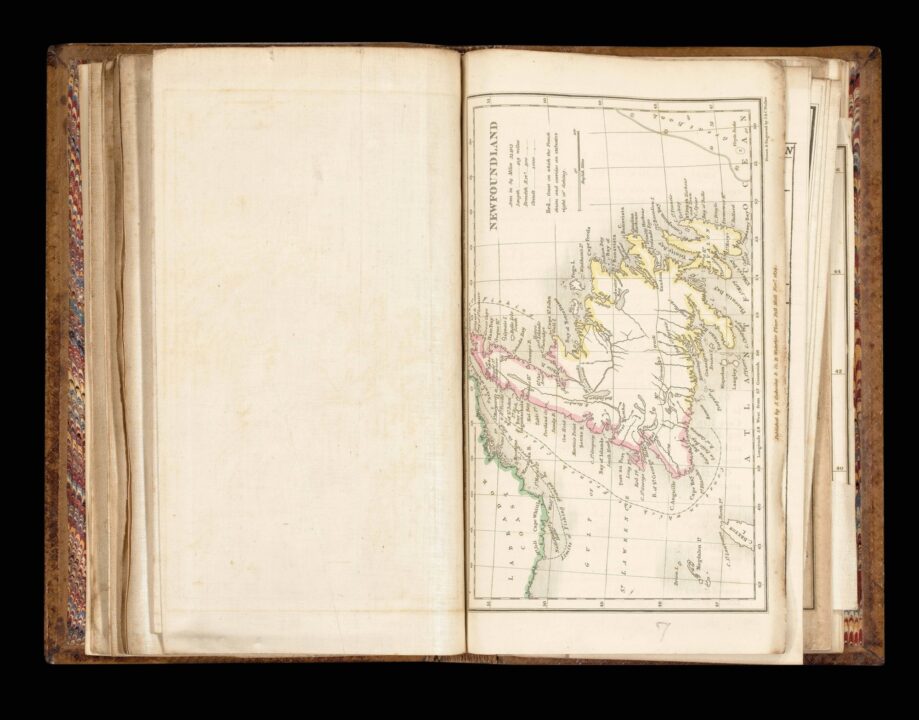 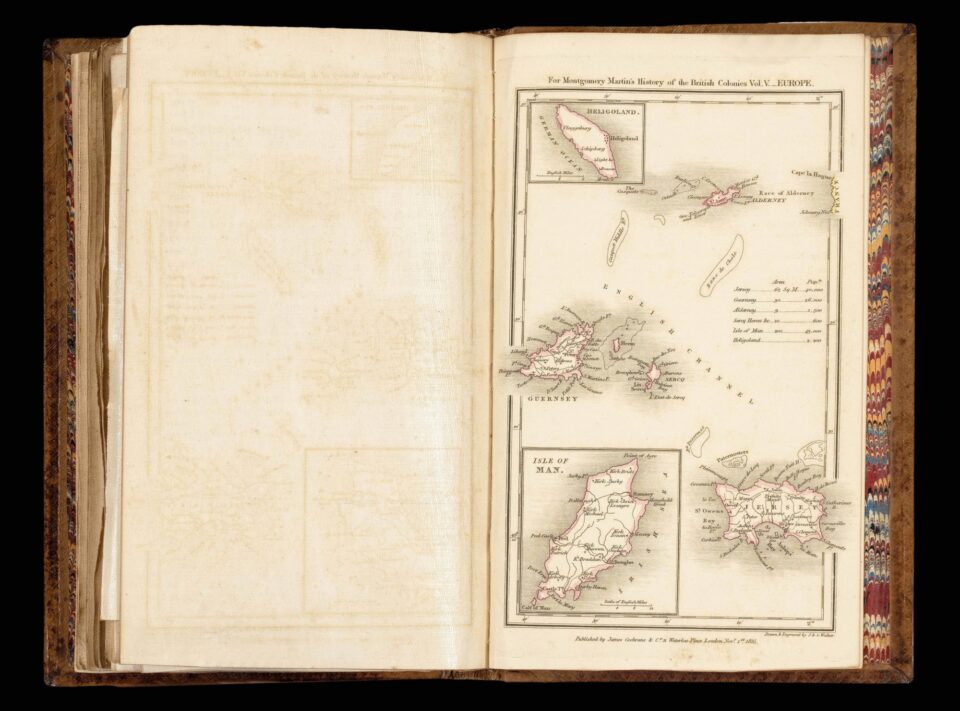 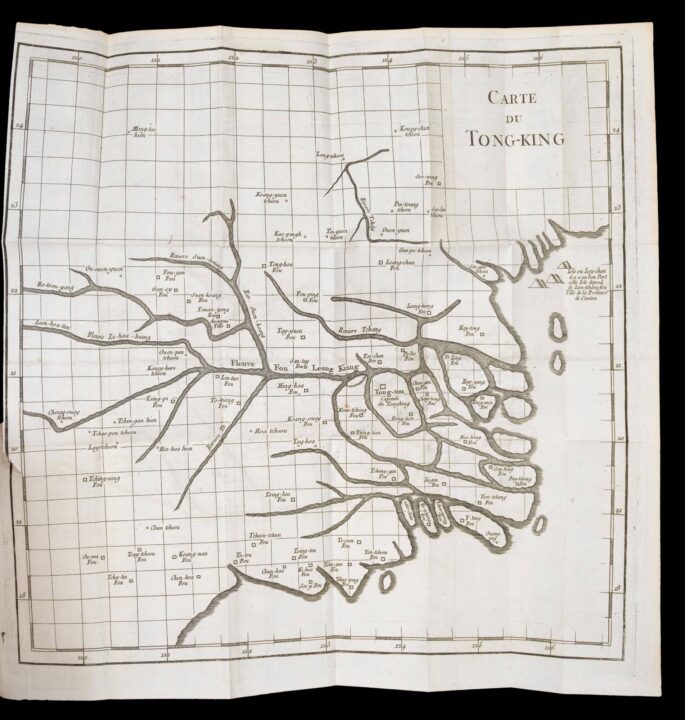 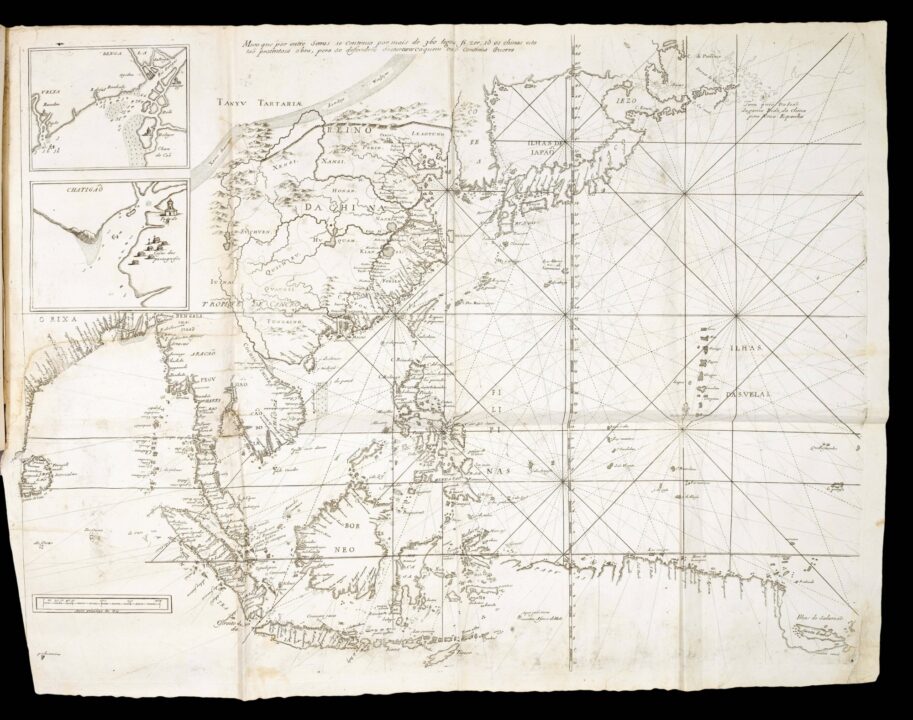 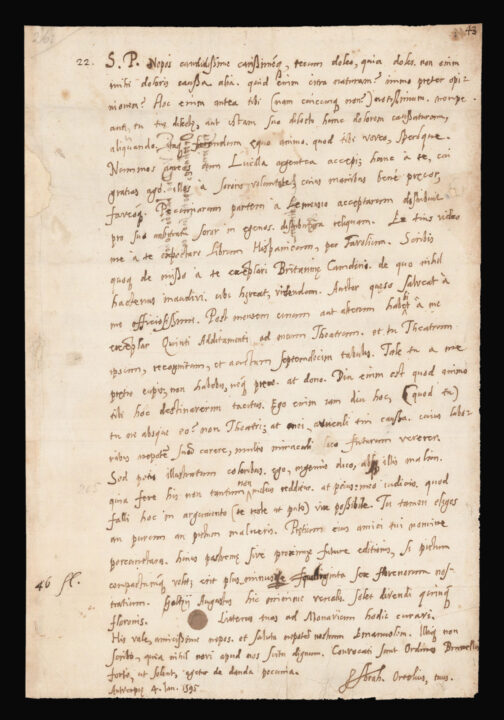 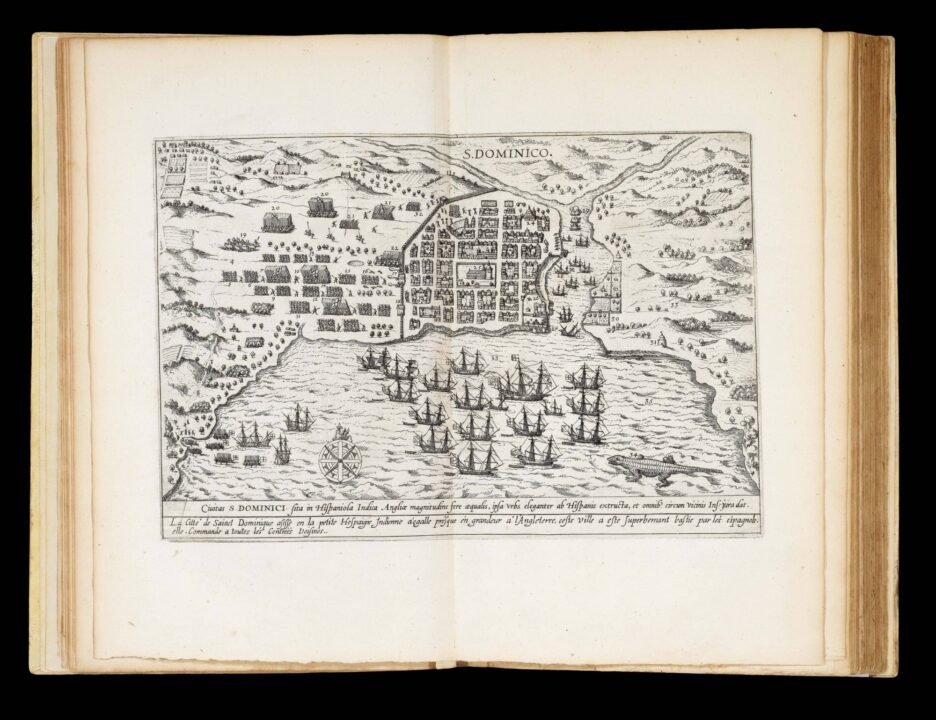