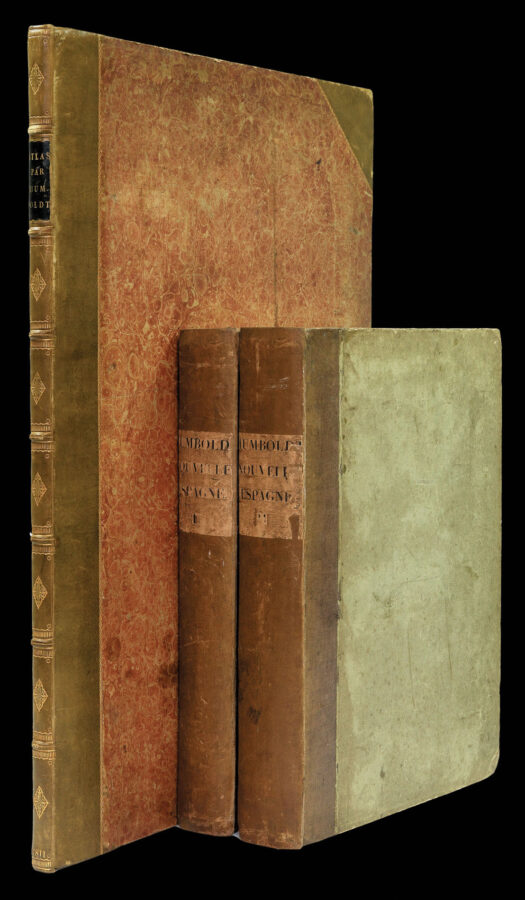 A fine example of Humboldt’s scientific and cartographic exploration of the southwest of the United States; ​“A corner stone in any collection on Mexico” (Hill).

Alexander von Humboldt (1769–1859) ​“the Shakespeare of Science” was one of the most famous people of his time; a man that the poet Ralph Waldo Emerson described as ​“one of those wonders of the world”.

The present work covers one of his most important scientific explorations. In 1799, accompanied by the French botanist Aimé Bonpland, and under the auspices of the Spanish crown, Humbodlt set sail for the New World; there they would spend the next five years recording the geology, geography, meteorology, zoology, botany and the political and social character of the Spanish-controlled regions of the Americas. His explorations took him to Cuba, Venezuela, The Andes, Mexico, Texas, and California; along the way they gathered over 60,000 plant specimens, 6,300 of which had been hitherto unknown in Europe. The results of their expedition are presented in the present work, which when published contained, ​“the most complete and accurate picture of the natural resources of Mexico then available, and in 1824 was declared by a representative of the Mexican government to have contributed to the reanimation of the active industry of the nation. It also contains references to the early exploration of the Californias” (Hill).

The work would later be incorporated as the third part of Humboldt’s monumental ​‘Voyage aux regions equinoxiales du Nouveau Continent’. It was an English translation (‘A Personal Narrative’) of this work that introduced the young Charles Darwin to the idea of scientific discovery. In fact, so attached was Darwin to his copy that he was granted special dispensation to take it onboard the Beagle (see item 32). During the voyage ​“Darwin was engaged in an inner dialogue with Humboldt — pencil in hand, highlighting sections in his copy of ​‘Personal Narrative’. Humboldt’s descriptions were almost like a template for Darwin’s own experiences” (Wulf ). 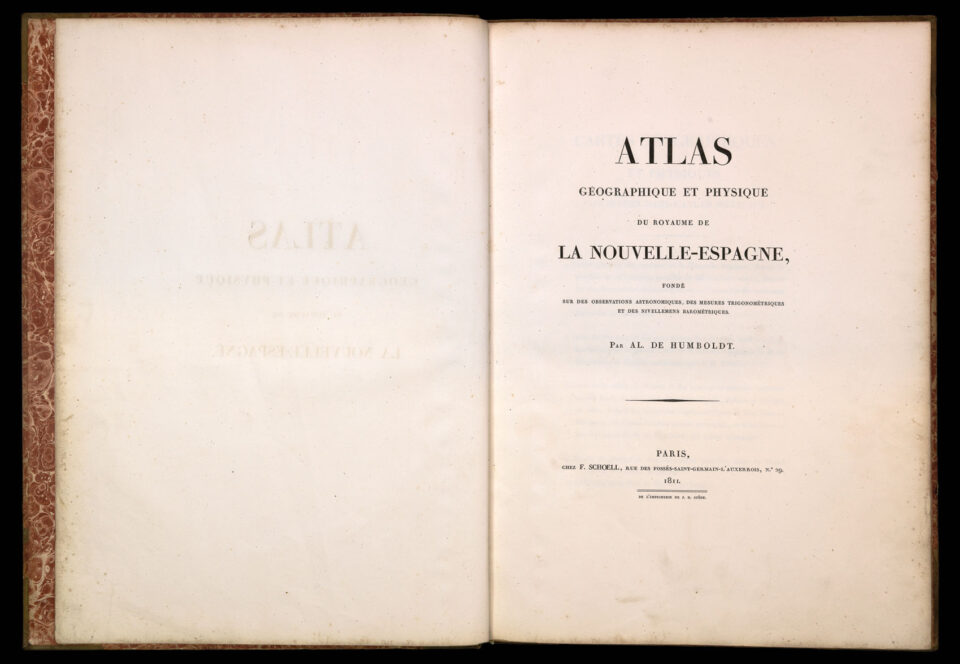 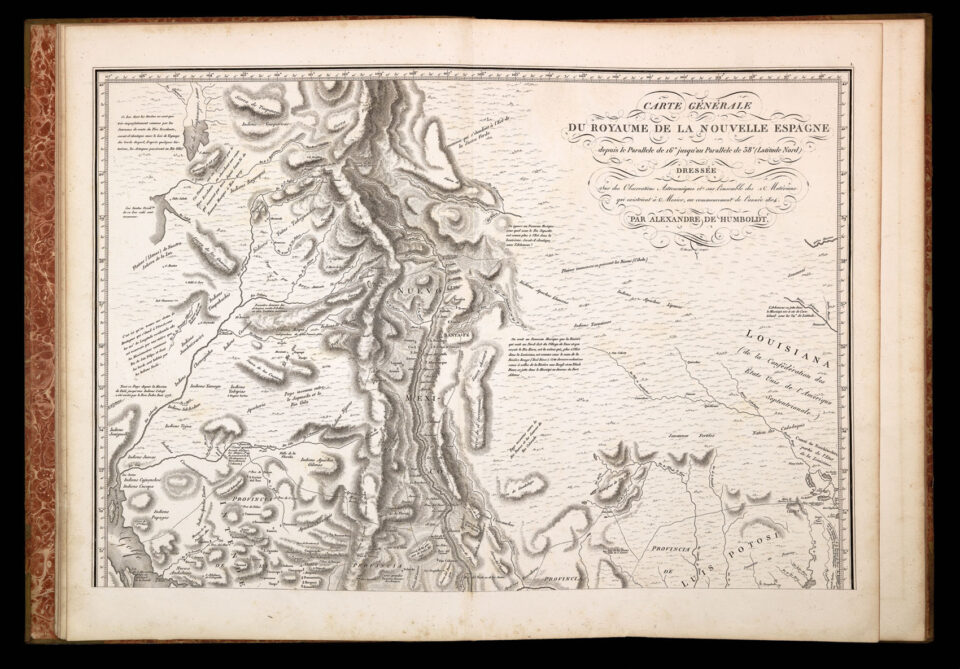 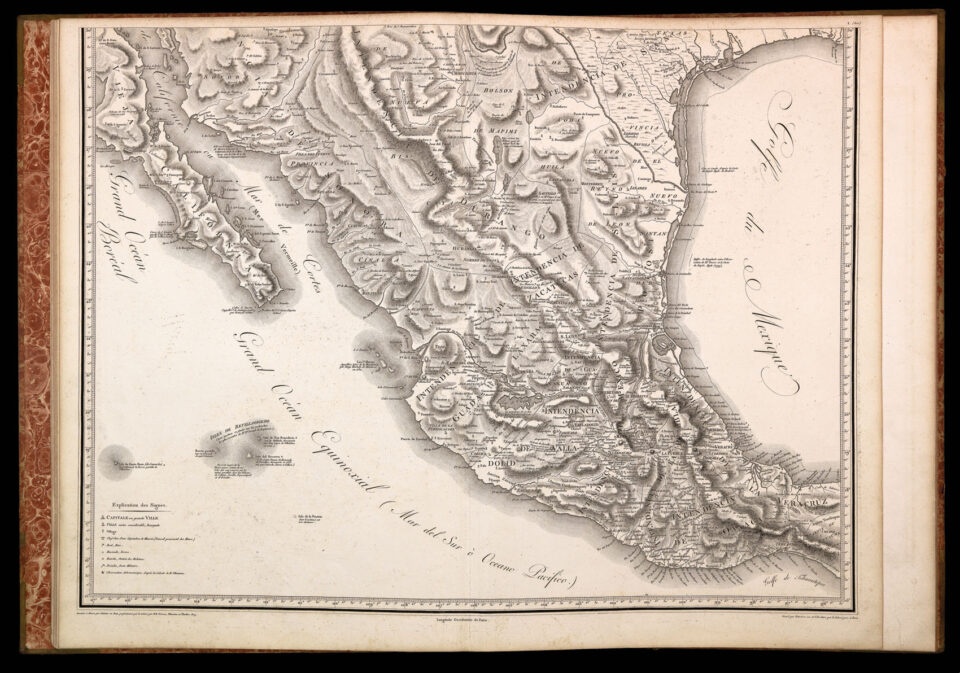 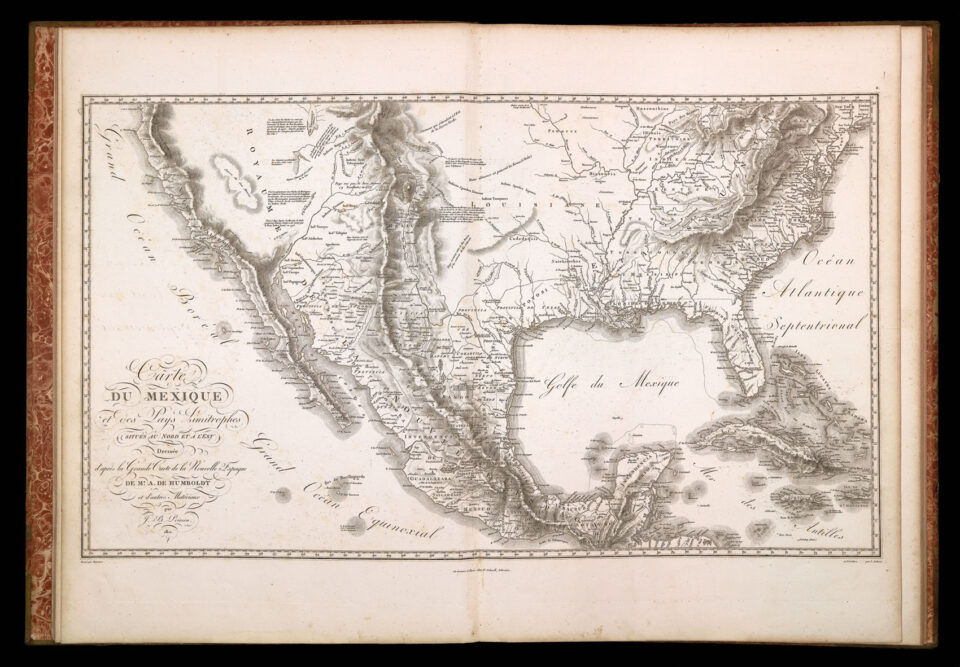