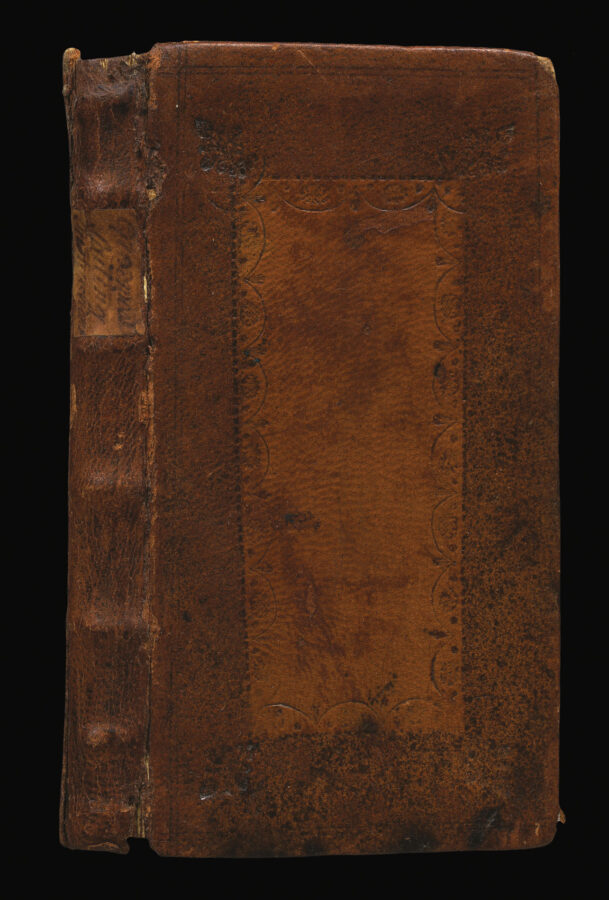 The Sailing and Fighting Instructions or Signals as they are Observed in the Royal Navy of Great Britain.

A scarce naval signals book, the first to be printed in the English language.

The book was the enterprising production of Jonathan Greenwood. Greenwood was born about 1656 and apprenticed in June 1670 in the Stationers’ Company, where he was made free in 1679. He presumably had naval connections, but no other works of his are known and no other record of him as a publisher survives (Mead).

The growth of the British navy led to a demand for a record of the signals used at sea. Commanders might have to manage ​“as many as a hundred ships in battle, many of which were still privateers”: the vessels might not be trained in Navy discipline (Tritten).James II was the first to co-ordinate British flag signals while still Duke of York, and various manuscript works followed, in an inconvenient folio size.

Greenwood saw the opportunity for a small, cheaper book aimed at ​“Inferior Officers who cannot have recourse to the Printed Instructions”; although the instructions to the fleet were confidential, the signals were not (Perrin). Each signal is shown by an engraving of a ship displaying the flags of the appropriate signal, coloured where necessary, with an explanation underneath. In the dedication, he explains that he has ​“disposed matters in such a manner that any instruction may be found out in half a minute”.

Although Greenwood’s work was not an official publication, it was used by at least one Mediterranean fleet commander (Tritten).

The book is dedicated to the six Lords Commissioners of the Admiralty, including Sir George Byng, whose son John, also an Admiral, was famously executed in 1757 ​“pour encourager les autres”, according to Voltaire, after failing to relieve the British garrison during the Battle of Minorca. 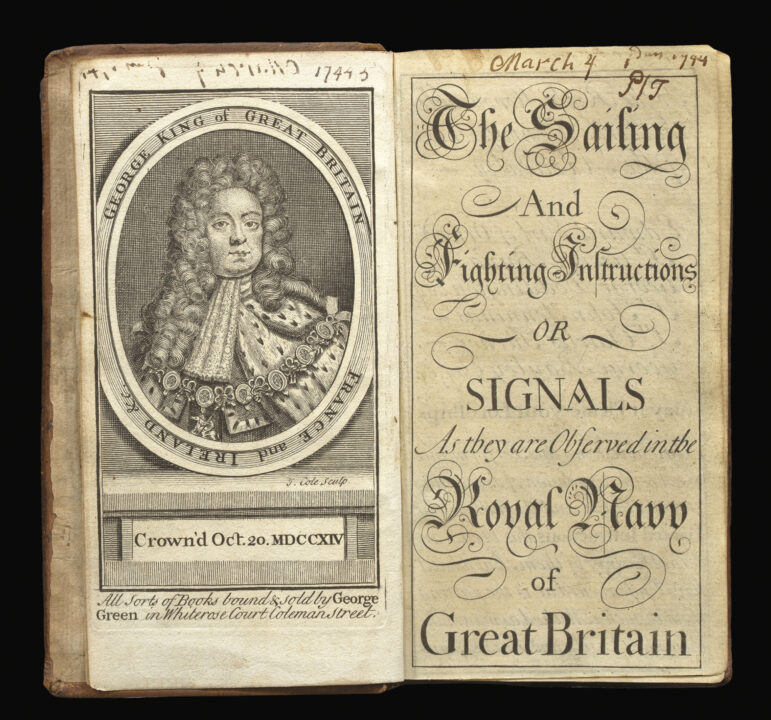 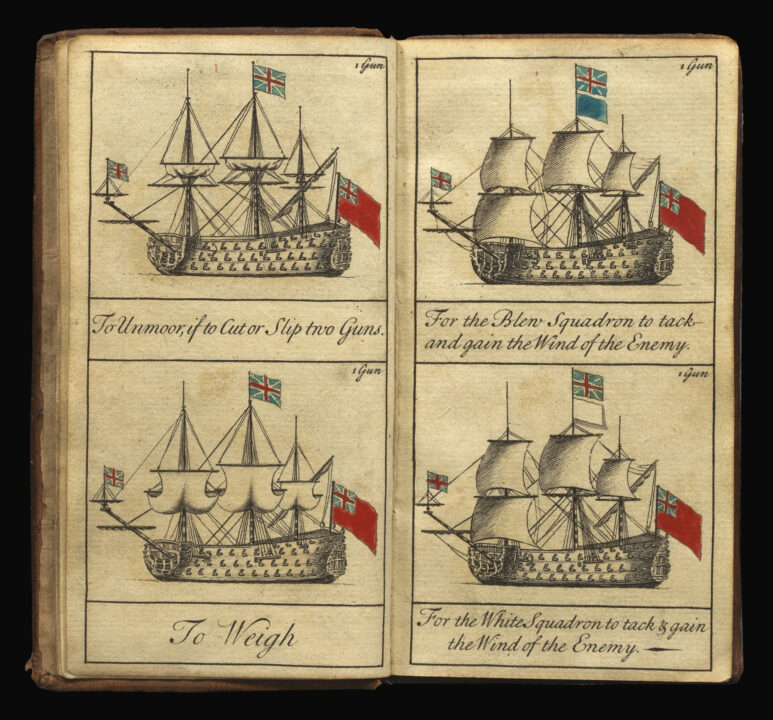 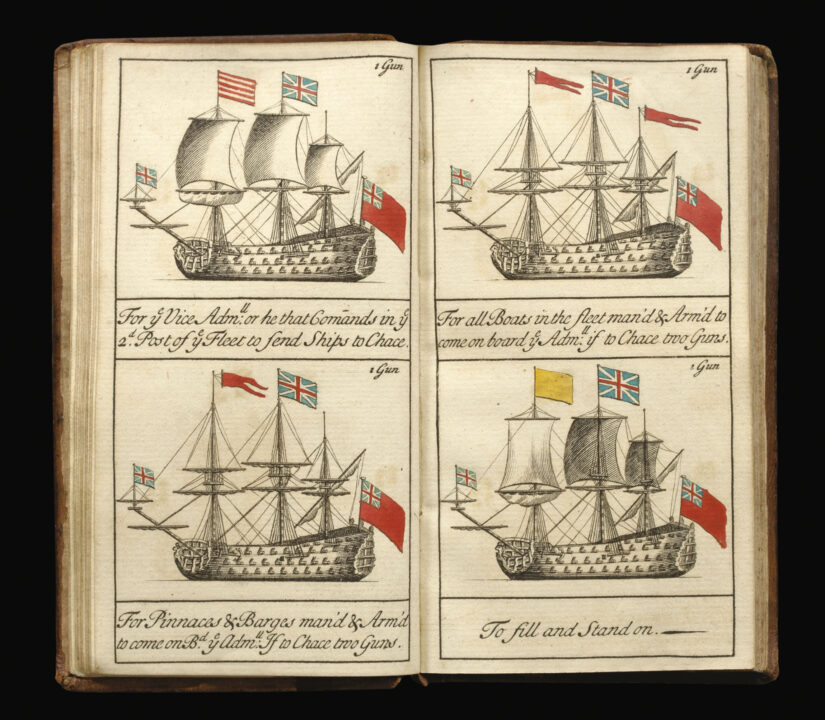 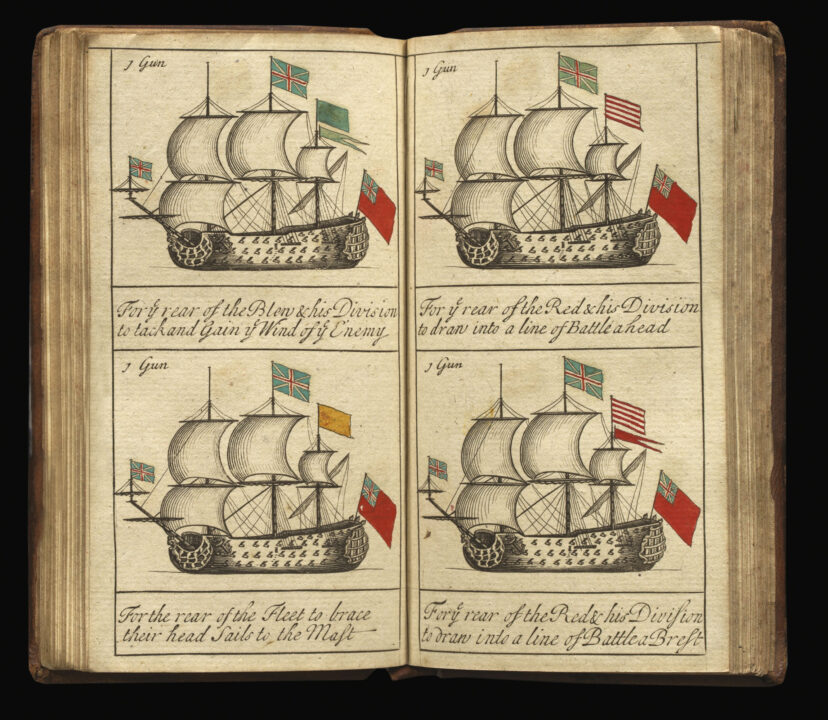 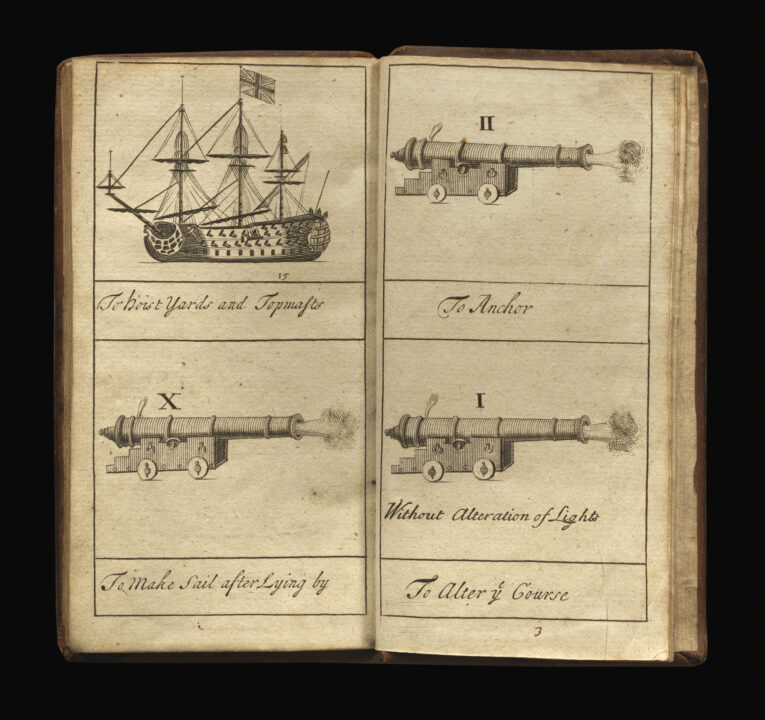