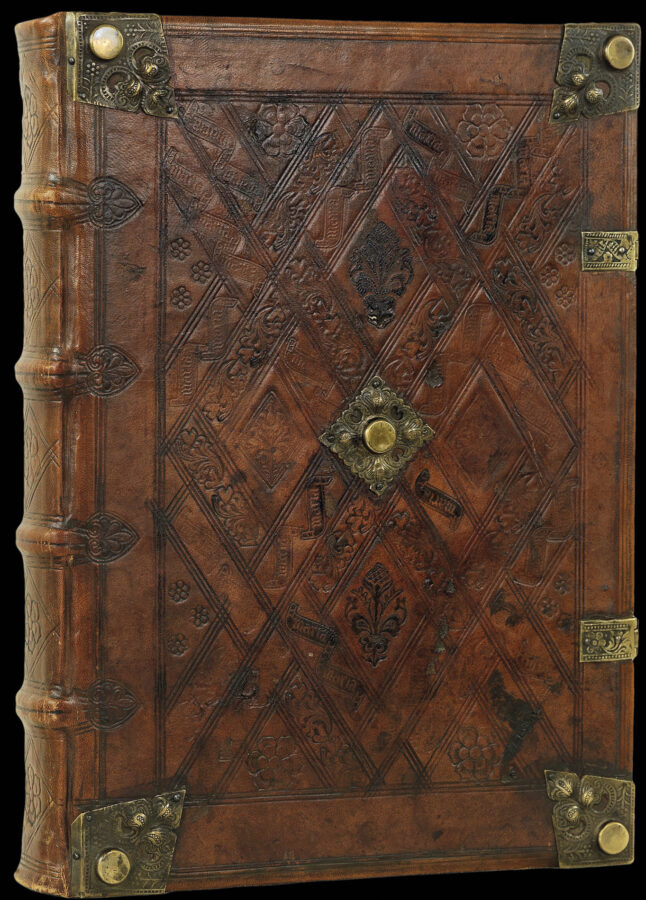 The first illustrated travel book; the first detailed and accurate printed illustrations of some of the most important European and Middle Eastern cities, such as Venice and Jerusalem; the first folding plates to appear in a printed book; the first depiction of a giraffe, and for the first time, the Arab and Armenian alphabets.

Bernhard von Breydenbach (1440–1497) was made a canon of Mainz Cathedral around 1450 and was appointed Dean in 1484. It does not appear that he was ever ordained. Breydenbach died in 1497 and was buried in the cathedral. When his tomb was opened in 1582, his body was found to be perfectly preserved, having been embalmed with substances brought back from his journeys in the Near and Middle East.

Breydenbach’s pilgrimage, which took place from April 1483 to January 1484, was ostensibly undertaken in the hope of obtaining salvation for his soul. He had lived an apparently reckless life in his youth. He and two companions started out from Oppenheim near Mainz, though it seems that the pilgrimage proper did not begin in earnest until they reached Venice two weeks later, where they spent three weeks before bargaining for passage on a galley. They sailed on June 1st and arrived at Jaffa on June 30th. En route to the Holy Land, they took in Parenzo, Corfu, Modon, Candia, and Rhodes, all of which are illustrated in the ​‘Peregrinationes’. The main holy sites, including Jerusalem, Bethlehem and Mount Sinai, were visited, before the party proceeded to Cairo and down the Nile to Rosetta. They set sail homeward from Alexandria on November 15th. Encountering a storm on the homeward passage, they did not reach Venice until January 8, 1484. Although Breydenbach is generally described as the author of this work, it seems that the Latin text may have been compiled by Martin Roth of the Dominican convent of Pforzheim, who did not make the journey.

The book was illustrated by Erhard Reuwich of Utrecht, described by the author as a ​‘skilful painter’. However, nothing more is known about Reuwich, and no other specimen of his work has been recorded. The woodcutter is unknown, though it may have been Reuwich himself. In terms of the illustrations, the frontispiece — of a richly dressed female bearing the armorial escutcheons of the three principal pilgrims — was the earliest known woodcut to show cross-hatching. Many of the large views were printed from more than one block — that of the Holy Land and Egypt, for instance, was printed from three blocks. In the words of Davies, the views ​“are distinguished from other woodcut views published in the fifteenth century by their air of truth as well as their liveliness, being full of groups of figures, some pursuing their everyday occupations”. As a preparatory guide for pilgrimages to the Holy Land, the ​‘Peregrinationes’ found a wide audience; there were no fewer than eight incunable editions and, 12 editions in all, between 1486 and 1522. There were also a few reprints of the text-only and abridgements in various languages. In spite of the vulnerability of the woodblocks, it appears that they were almost as well travelled as their author, appearing in editions printed in Lyon (1489–90), Speier (1490), and Zaragoza (1498). 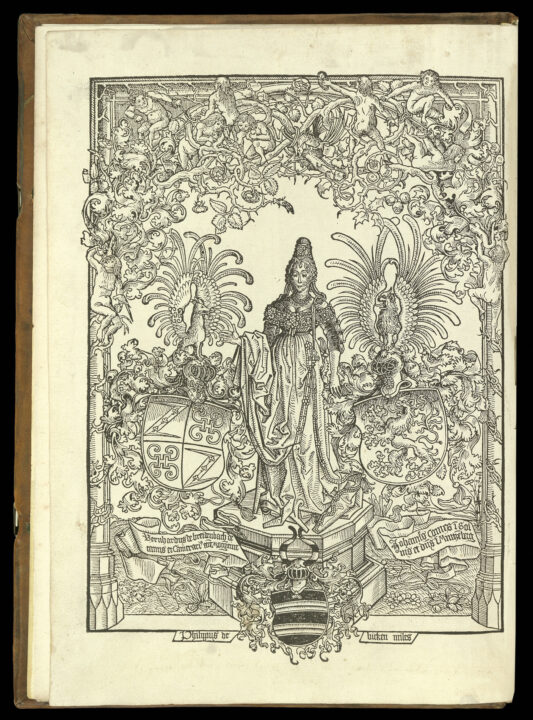 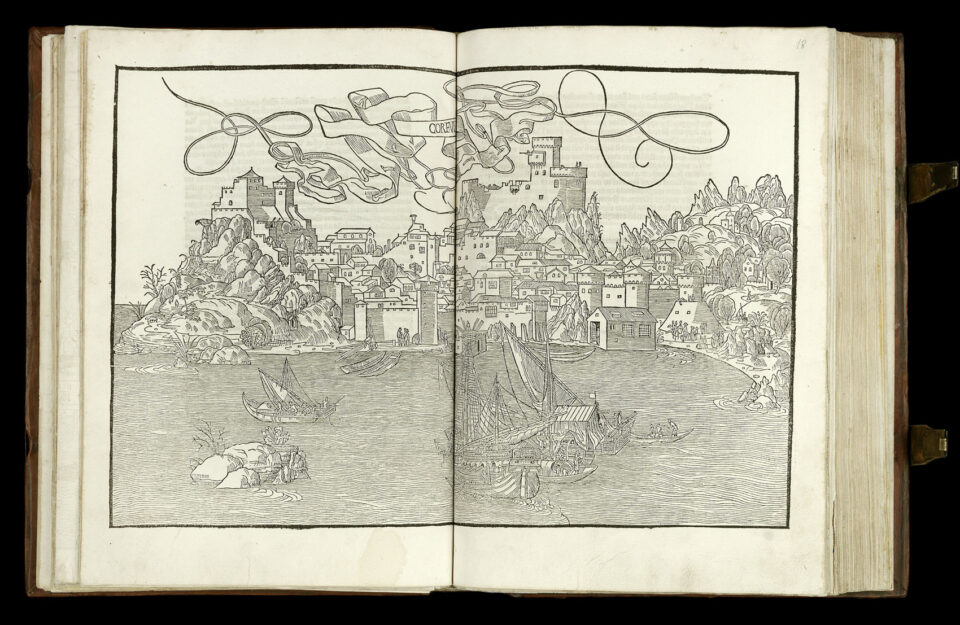