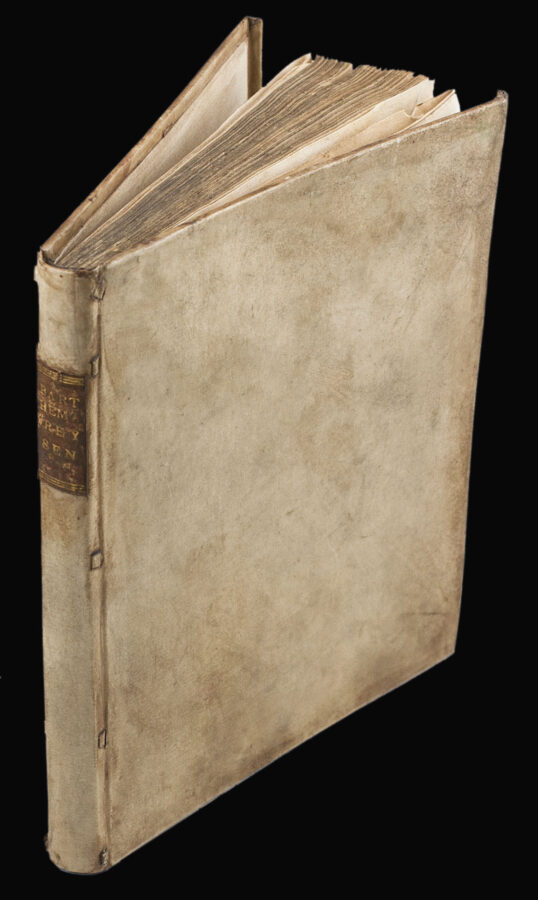 Second Dutch translation of a highly important and adventurous narrative containing the first recorded visit of a non-Muslim to Mecca. Ludovico di Varthema or Barthema (ca. 1468–1517) sailed from Venice to Egypt in 1502 and travelled through Alexandria, Beirut, Tripoli, and Aleppo, arriving in Damascus in April 1503. Here he enrolled in the Mameluke garrison and proceeded overland to Khaybar, Medina and Mekka, thereby becoming the first European to enter the two holiest cities of Islam. His travels took him to South Arabia, Shiraz (Persia), India, Goa, Cochin, and supposedly the Malay isthmus, Sumatra, Banda, the Moluccas, the Spice Islands, Borneo, Java and Malacca. He finally returned to Lisbon in 1508.

​“Varthema’s Itinerario, first published in 1510, had an enormous impact at the time, and in some respects determined the course of European expansion towards the Orient” (Howgego). His account, moreover, contains a detailed description of Mecca and the Islamic pilgrimage, and four evocative plates (including an illustration of a Sati ritual).

Contrary to the statement on the title-page, this is de second Dutch translation; an earlier and rather elusive rendering had already been published at Antwerp in 1544. The present translation was made by Felix van Sambix de Jonge after Megiser’s German translation of the Italian. With a poem by Simon de Vries. 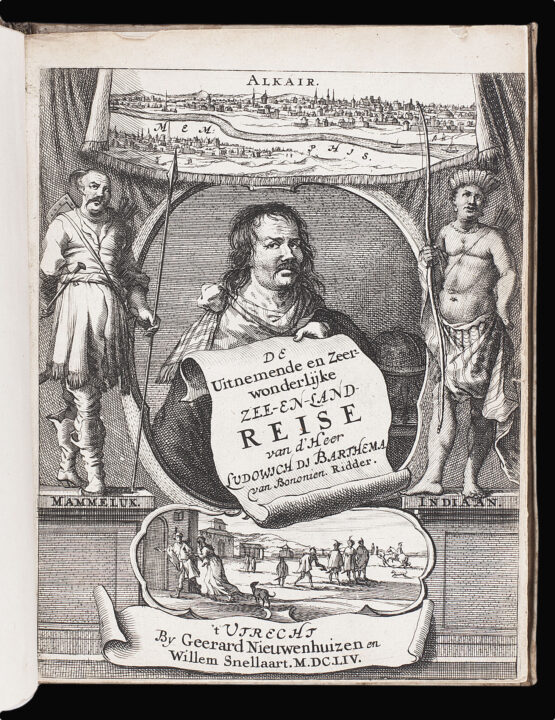 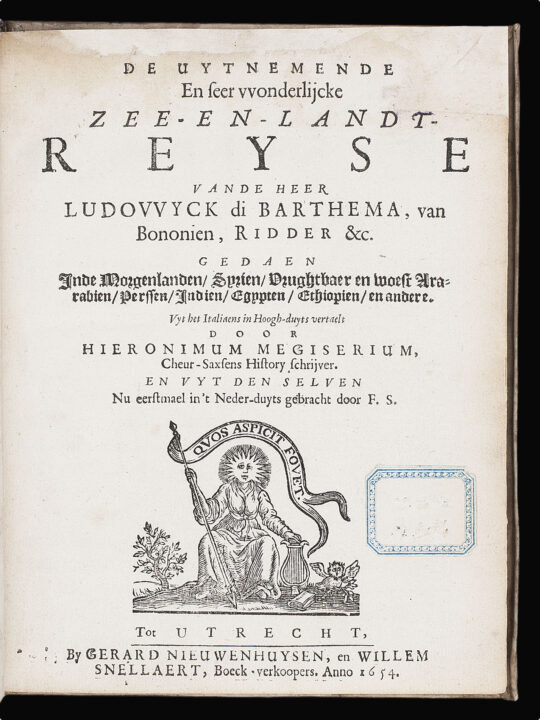 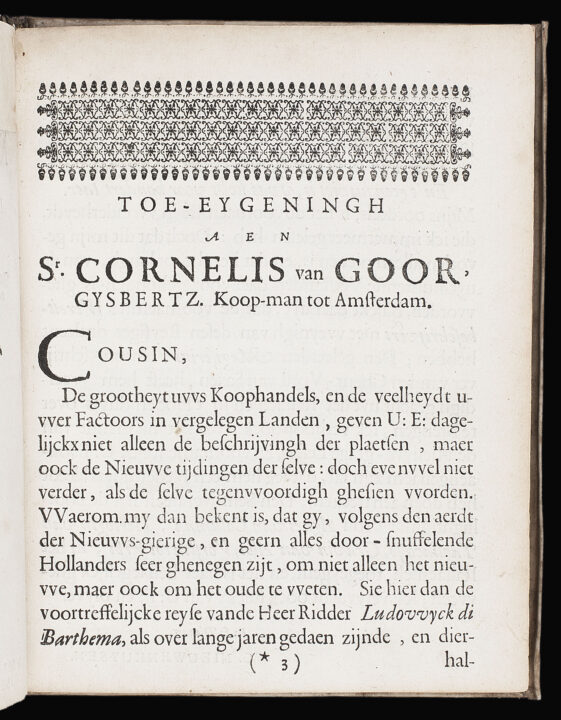 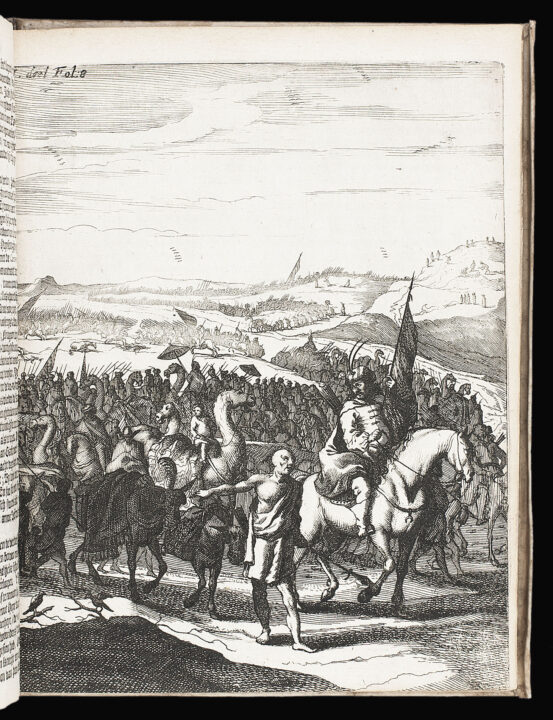 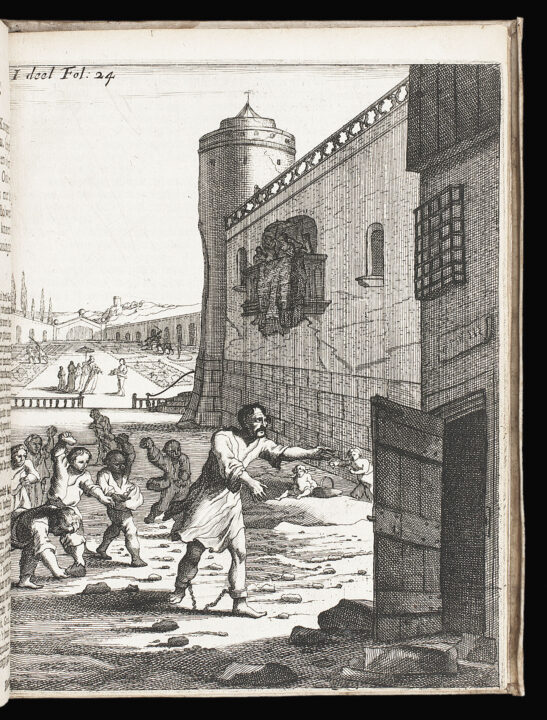 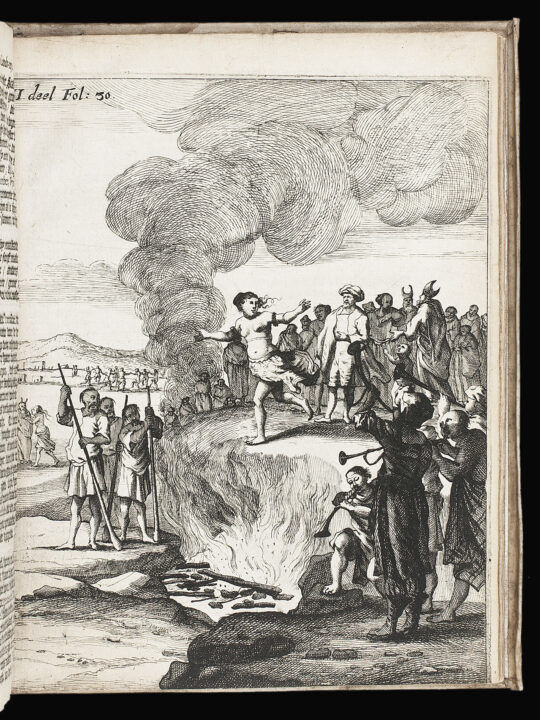 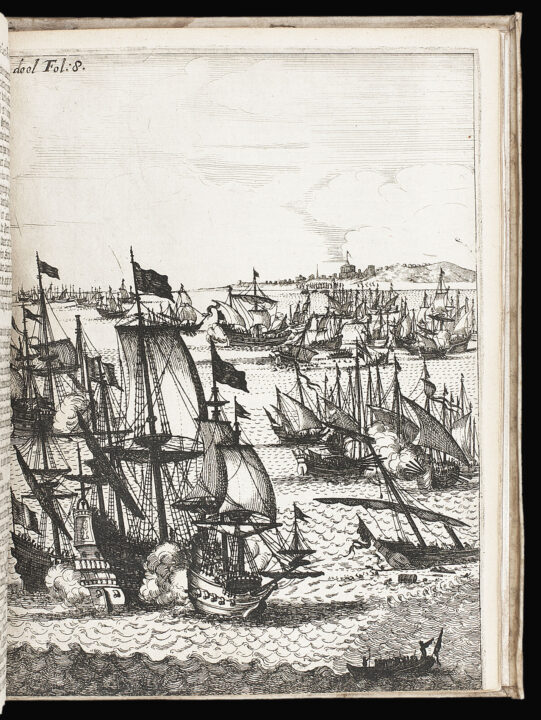