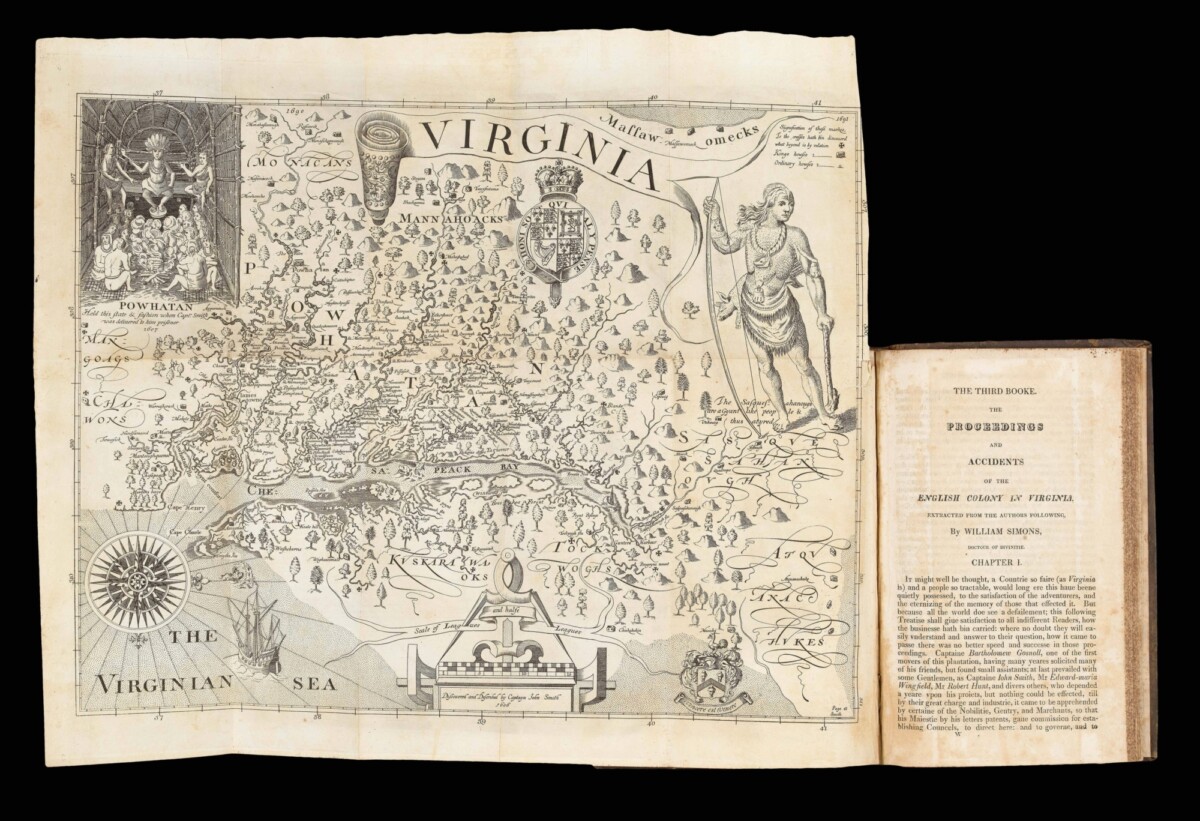 The True Travels, Adventures and Observations of Captaine John Smith in Europe, Asia, Africke, and America: beginning about the yeere 1593, and continued to this present 1629… from the London edition of 1629.

First edition of an account of Smith’s voyages to be published in Richmond Virginia. Dedicated by the publisher to ​“The People of Virginia, this history of the settlement of the Colony; and narrative of the adventures of one of the most accomplished Hero’s [sic] of the world”. With re-engravings of Smith’s iconic map of Virginia (after state 10), and the two folding plates of vignettes depicting his adventures. 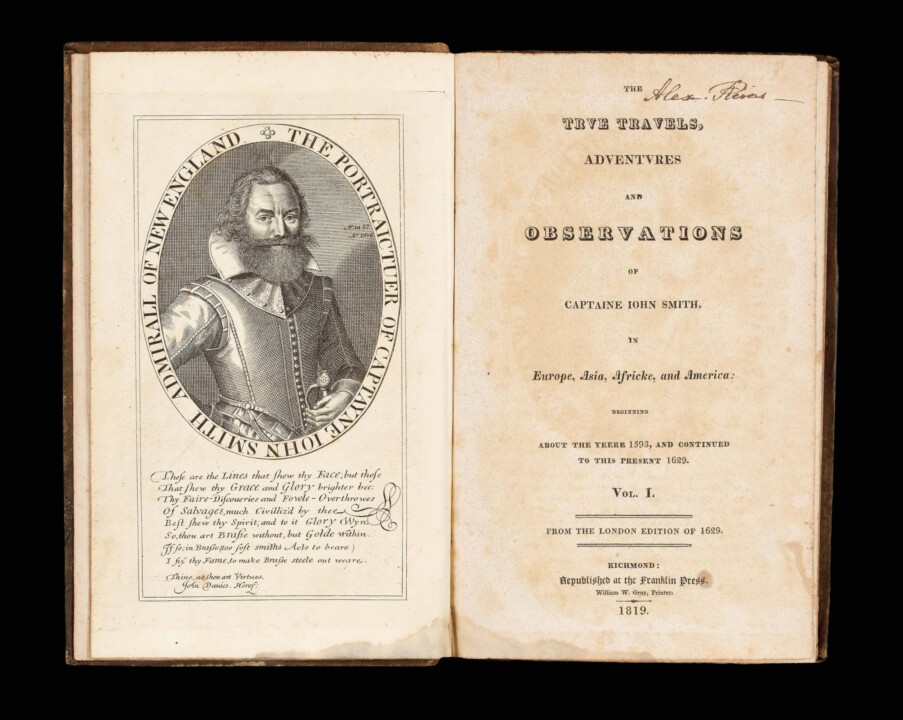 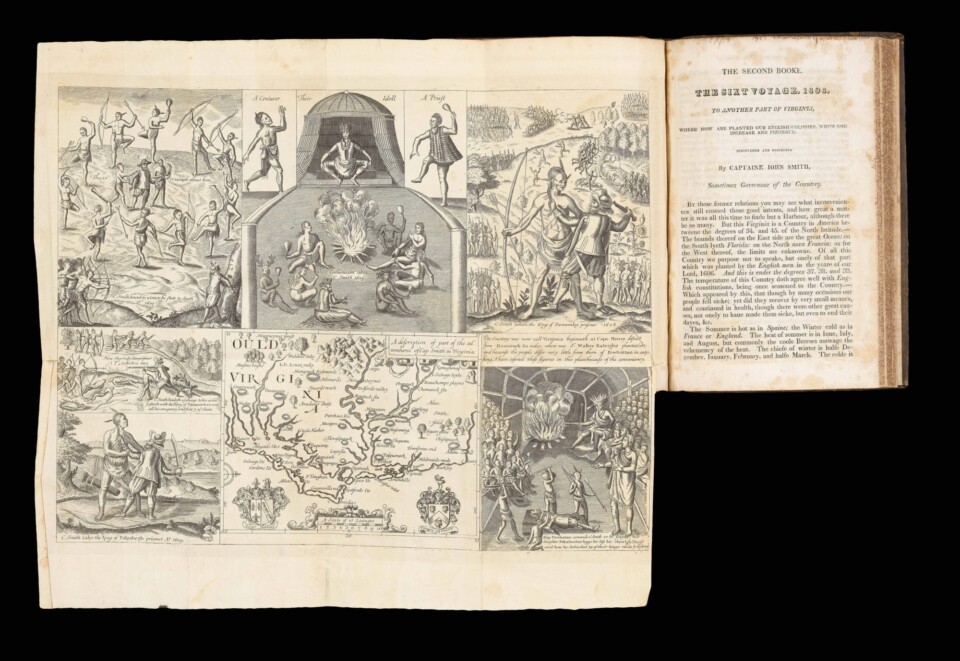