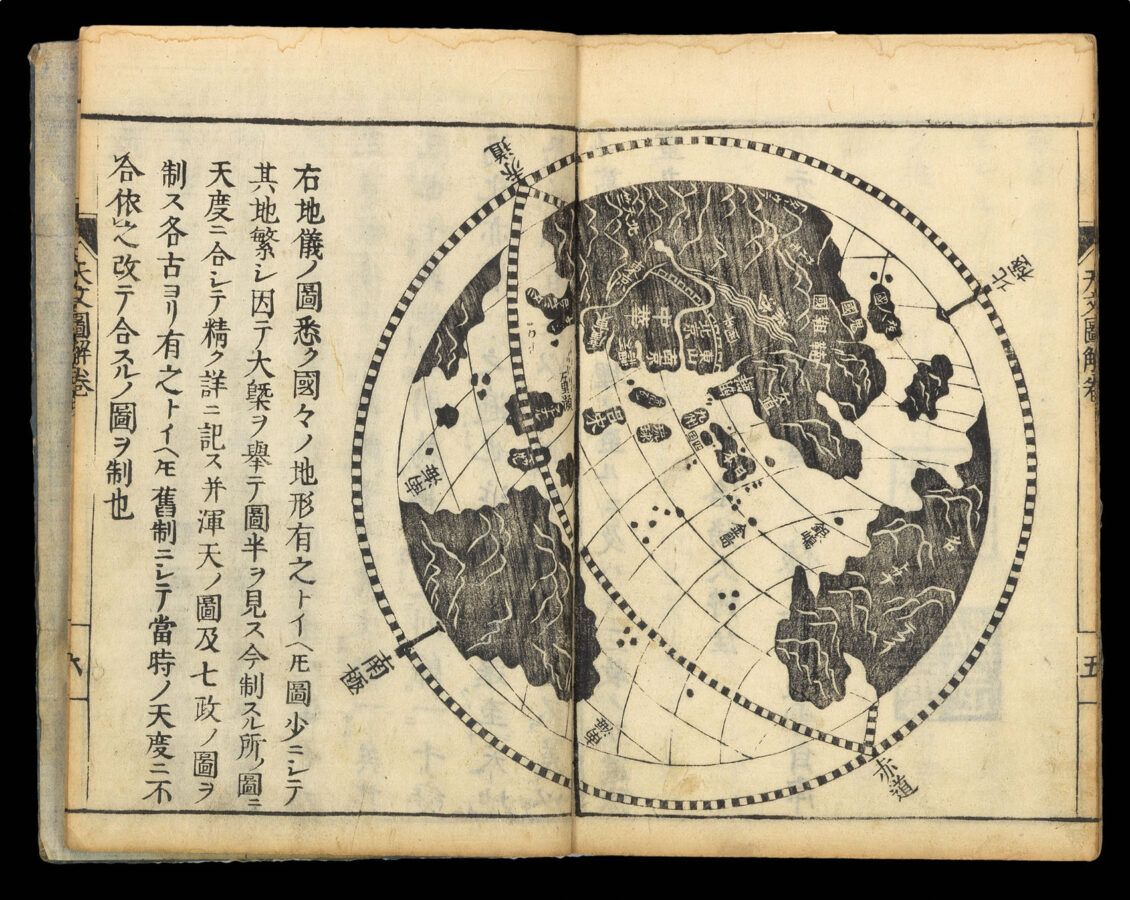 The work is divided into five volumes. The first volume presents Iguchi’s theory of astronomy and planetary motion, and his observations of comets; he discusses the possibility of comets reappearing some years before Edmond Halley. He uses Chinese, Buddhist, and European sources, commenting that the Buddhists still insisted on erroneous ancient ideas, while the Confucians had amended their concepts to fit the modern theory of the spherical earth. ​“Although all five volumes mention the study of mathematical astronomy, the first volume has circular star maps and the second has figures of the lunar lodges. Most of the stars are shown as black circles, but those of the lunar lodges and other notable stars in the circular star map are shown as white circles, as are the determinative stars in the figures of the lunar lodges” (Miyajima). It contains woodcut illustrations, including a map of the eastern hemisphere showing Japan in the centre, an illustration of an armillary sphere with dragon-shaped legs, and a diagram of the nine-sphere universe reproduced from the Chinese edition of Matteo Ricci’s ​‘A Profound Demonstration of the Two Spheres’ (1603).

The next three volumes are are largely concerned with the reform of the Chinese lunisolar Hsuan-ming calendar, adapted in Japan in 862. The Hsuan-ming calendar had become increasingly inaccurate in the prediction of solar and lunar eclipses. In early Japan, knowledge of astronomy and the ability to predict eclipses were considered by the imperial court to be of the greatest importance and calendar reform was therefore a priority. The end of the fourth volume deals with the ​“yun qi lun” theory which is one of the theoretical foundations of Chinese medicine and acupuncture. The fifth volume is devoted to calculating the positions of heavenly bodies, including woodcuts showing a geocentric universe and the Chinese constellations.

Johan Iguchi (fl.1689–98), was one of the first Japanese astronomers to understand the advances made by Western astronomy. A student of the prominent mathematician Kenjo Maeda, Iguchi collaborated with Harumi Shibukawa (1639–1715), ​“one of the greatest astronomers to have lived in Japan” (Miyajima). Shibukawa was appointed to be the first astronomer of the shogunate’s Bureau of Astronomy and was responsible for preparing the official civil calendar each year. Shibukawa probably made the first systematic astronomical observations in Japan. His proposal for calendar reform, based on these observations, was finally accepted by the Japanese government in 1684, hence the coverage given to the topic in Iguchi’s work (Nakayama).

Ownership stamp reading ​“Masuda” on the covers and first and last pages of each volume. 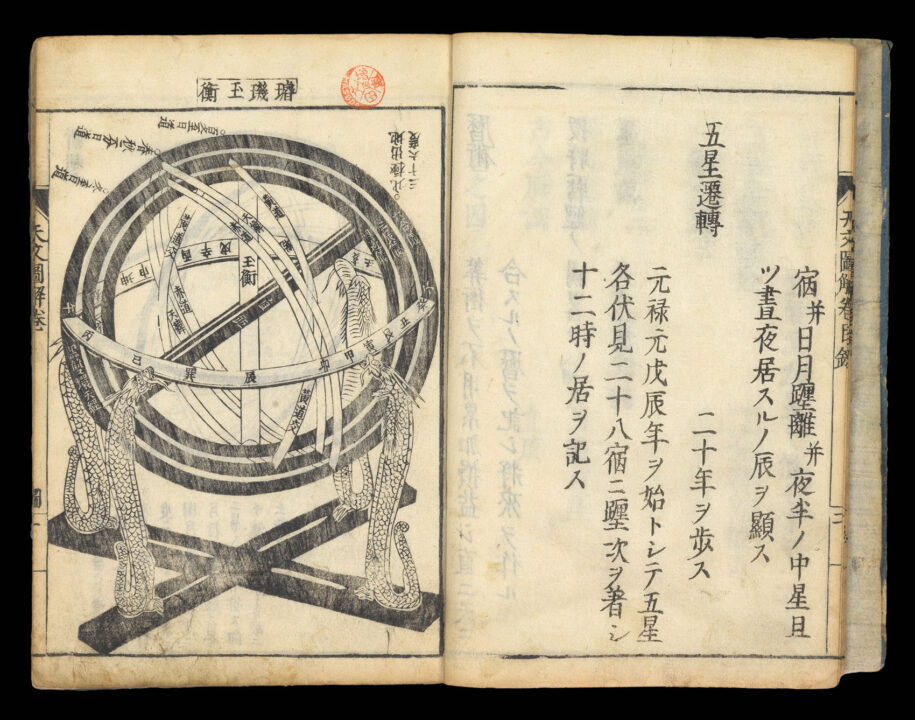 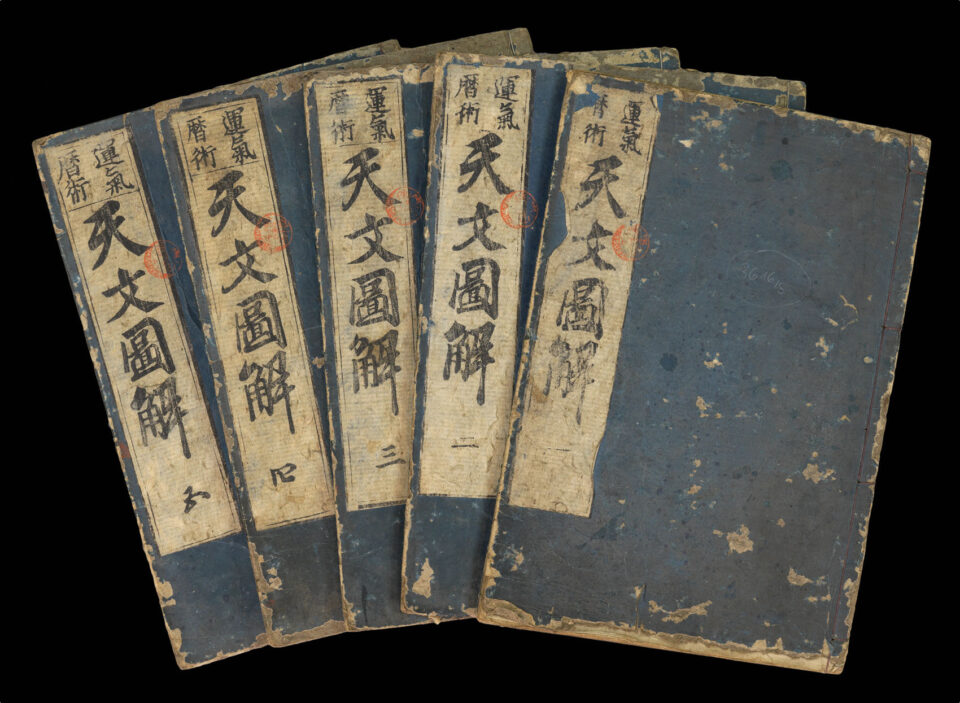