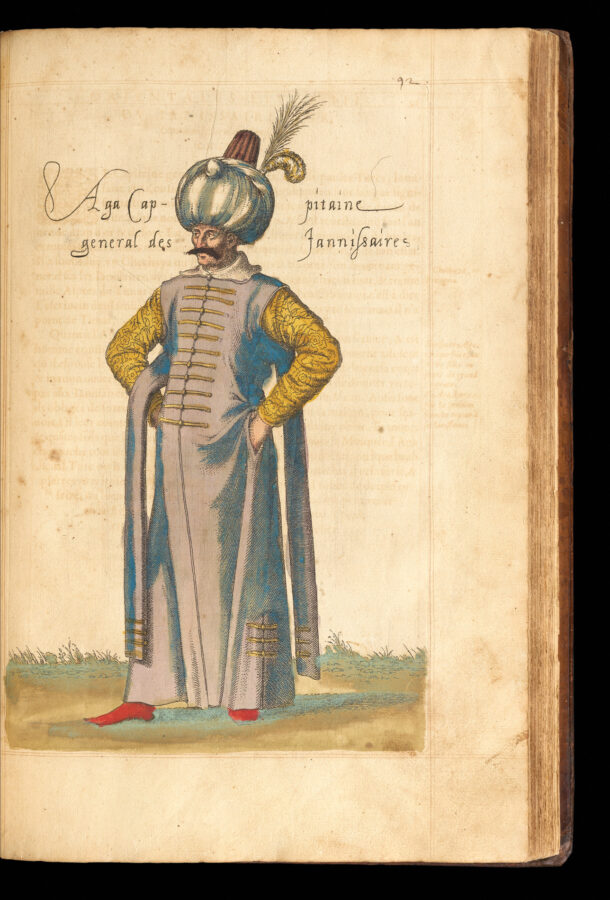 Nicolay was the royal geographer sent by Henri II to Constantinople to join d’Aramont’s embassy in 1551. The illustrations are claimed by Nicolay as his own work. Baudrier assigns them to Louis Danet of whom nothing else is known, whereas the Metropolitan Museum of Art attributes them to Léon Davent. This series of engravings has been described as the finest and most influential pictorial introduction of Turkish characters and costumes. Mortimer notes that in the Harvard copy the engravings are variously bound, some mounted on the blank versos, and others pasted back-to-back as plates. In the present copy, all of the engravings are bound separately.

Nicolay accompanied Gabriel d’Aramont, French diplomat and ambassador, on a mission to Constantionople in 1551. While there he wrote this account and sketched the remarkable figures of Levantine men and women in costume. The figures depict Greeks and Arabs, Turks and Armenians, Malteses and Moors, and the plate after p. 105 depicts a Jewish physician. The plate following p.113 of a Qalandrite, member of a dervish fraternity, is often mutilated by readers objecting to its obscenity. This French edition was reprinted and translated into Italian, German, Dutch and English, but only this edition contains the engravings by Danet/​Davent. This edition also includes the first printing of the 3‑page ​“Elégie” by Pierre Ronsard, dedicated to Nicolay, and not recorded by Seymour de Ricci in his catalogue of Ronsard’s writings. 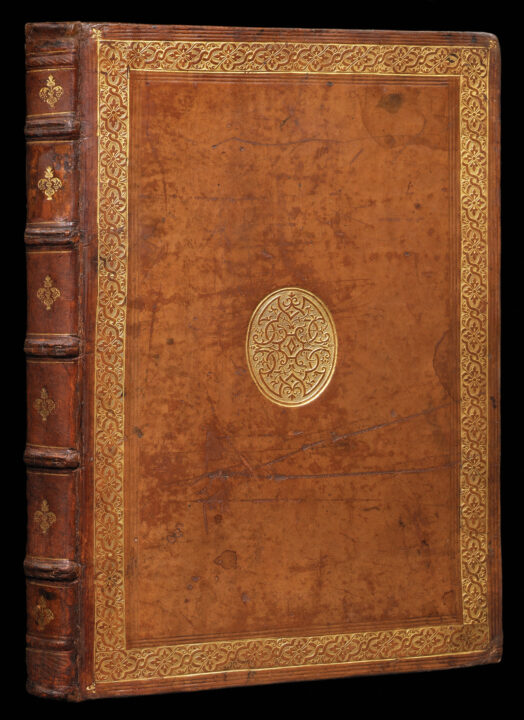 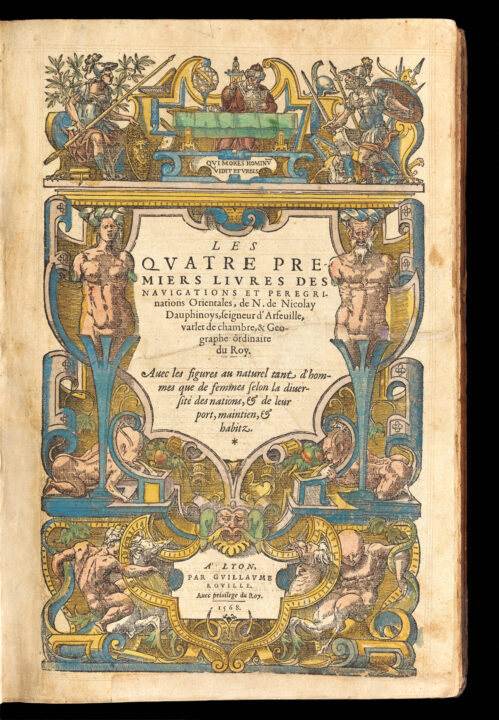 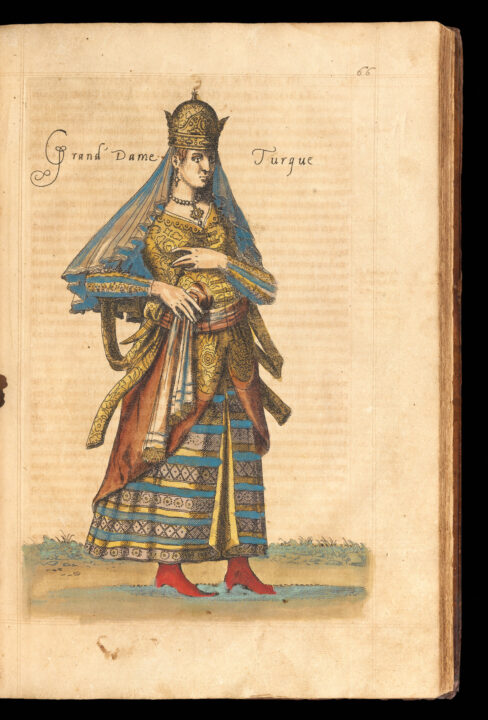 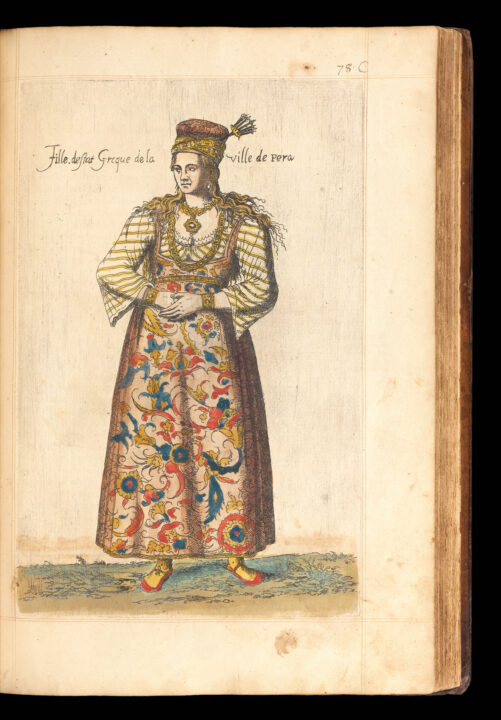 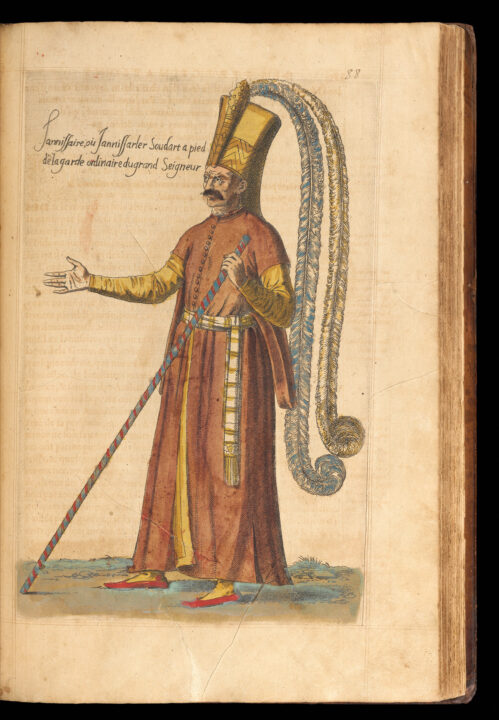