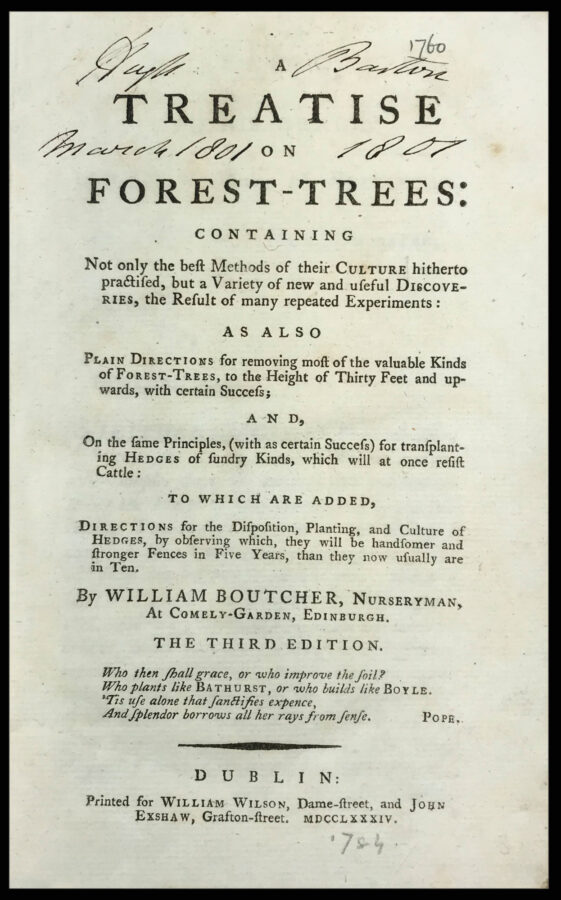 “The favourite study and amusement of the greatest and wisest Princes, Philosophers, Law-givers , and Conquerors”

A treatise on forest-trees: containing not only the best methods of their culture hitherto practised, but a variety of new and useful discoveries, the result of many repeated experiments: as also plain directions for removing most of the valuable kinds of forest-trees, to the height of thirty feet and upwards, with certain success; and, on the same principles, (with as certain success) for transplanting hedges of sundry kinds, which will at once resist cattle: to which are added, directions for the disposition, planting, and culture of hedges, by observing which, they will be handsomer and stronger fences in five years, that they now usually are in ten.

A popular but rare treatise on forestry and planting, dedicated to the Duke of Argyle.

Written at a time of great concern for Britain’s timber stores and the future of its woodlands, Boucher’s ​‘Treatise on forest-trees’ attempts to provide a solution. The author was well-equipped with years of experience as a nurseryman, working on a number of Scottish estates. In the preface of the present work, Boucher lauds gardening as ​“the favourite study and amusement of the greatest and wisest Princes, Philosophers, Law-givers, and Conquerors”.

The majority of the volume is taken up with a detailed examination of 38 varieties of tree, from the everyday beech and elm, to the more ominously named ​“Judas Tree”. Boucher then goes on to discuss numerous methods for maintaining and propagating one’s estate, including grafting, inoculation, planting and uprooting. His guidance proved popular among Scottish agriculturalists, and came to be considered the ​“most important book published in Scotland on the subject until 1812” (Holden Arboretum). The work ran into three editions, of which the present example is the last. Despite its popularity, few examples remain: we have been able to trace only one other example of this edition on the market. 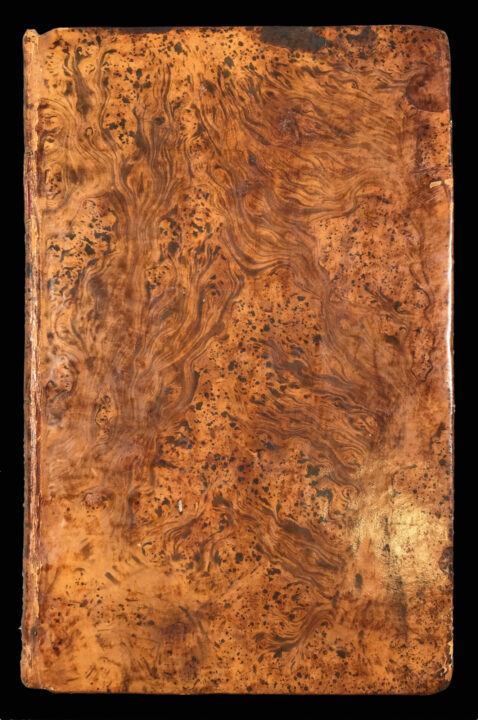