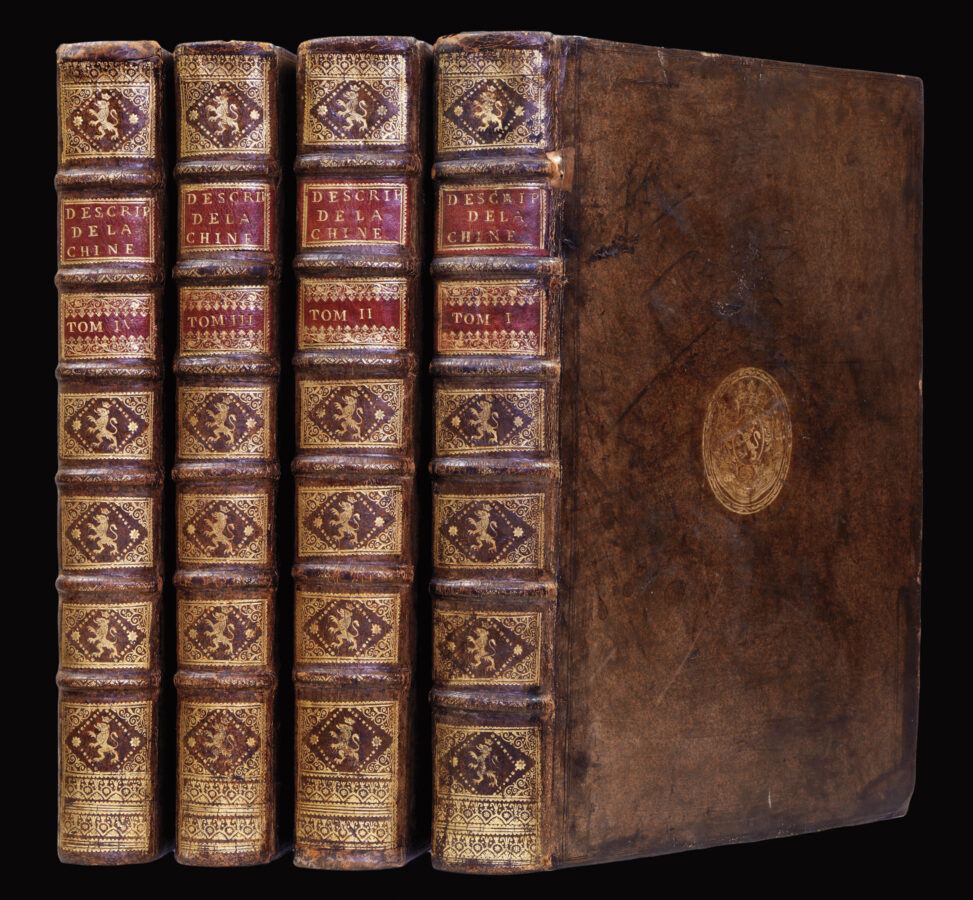 The Luynes copy of the first edition of du Halde’s ​“encyclopedic survey of China” (Lust), and one of the earliest European sources on Chinese ceramics.

Du Halde, who became a Jesuit priest in 1708, was entrusted by his superiors to edit the published and manuscript accounts of Jesuit travellers in China. The present work records the narratives of 27 of these missionaries. The narratives cover every aspect of Chinese society, from the language to the production of silk and porcelain. China was highly fashionable in France at the time. The Abbé Raynal, for example, emphasised China’s lack of hereditary nobility, the ​‘benevolent despotism’ of the Emperor, and the supposedly moderate taxes, all issues in contemporary France. This interest in China’s political system was offset by an interest in its literature. Parts of Confucius had been translated into Latin in 1669, and Voltaire himself advocated reading Confucius’ works. The publication of Du Halde’s book marked the point at which ​“French Sinophilism developed into Sinomania” (Rowbotham). Not only did it provide an insight into this remote and exotic land, but it also included 42 maps of the Chinese provinces by Jean Baptiste Bourguignon d’Anville. These were the most accurate maps of the country to date, based upon a survey carried out by the Chinese state in 1708.

The most notable of the narratives is the ​‘Relation succinte du voyage du capitaine Beering dans la Sibérie’, which is the first published account of Vitus Bering’s 1728 voyage through the eponymous strait, the importance of which he failed to recognize after sighting no land. The accompanying double-page map bound between pp. 452 and 453 is based on Bering’s manuscript map, which was given to the King of Poland and in turn passed to Du Halde to be reproduced here. Bering’s map is ​“the first printed map of part of present Alaska” (Schwarz and Ehrenberg).

Bibliothèque des ducs de Luynes, Château de Dampierre, France.
Charles Louis d’Albert de Luynes (1717–1771), fifth Duc de Luynes. He was a soldier, taking part in campaigns in the Wars of the Polish and Austrian Successions. He participated in the attack of Prague in 1742, and, in 1754, he was created a Colonel General of the Dragoons. From 1757 to 1771, he was the Gouverneur de Paris, an ancient military rank representing the king in the capital. He was also created a Knight of the Order of the Holy Spirit at Versailles in 1759. He was buried at the Chapelle de Saint Jean l’Évangeliste at the Église Saint-Sulpice, Paris. 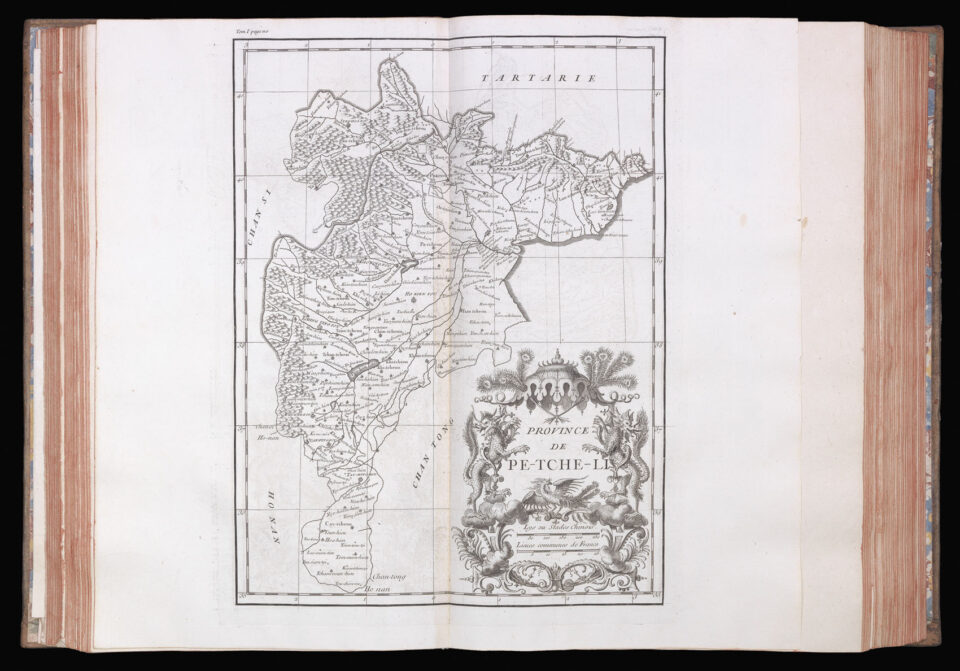 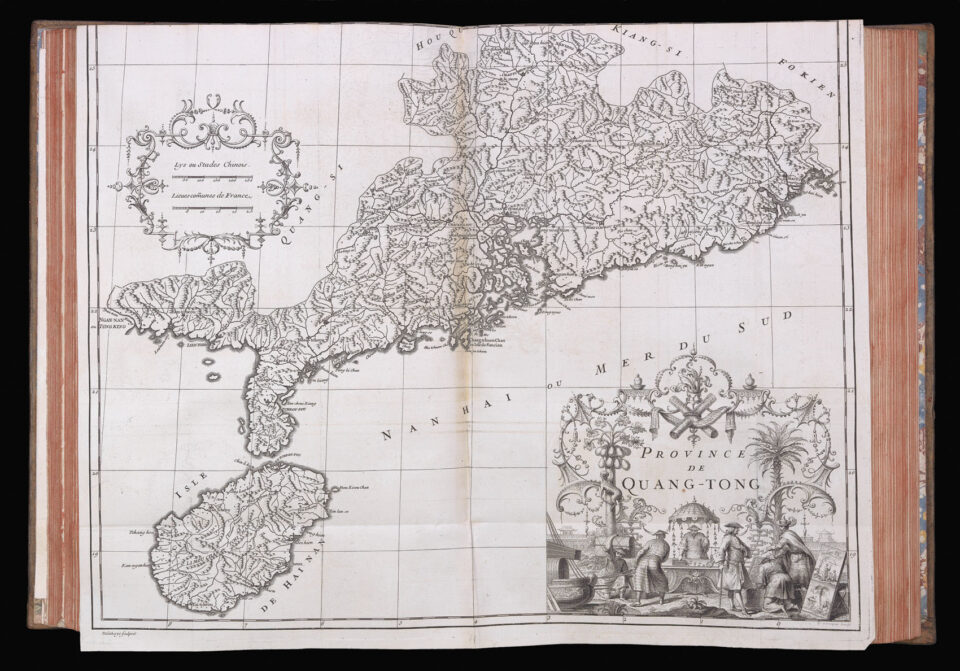 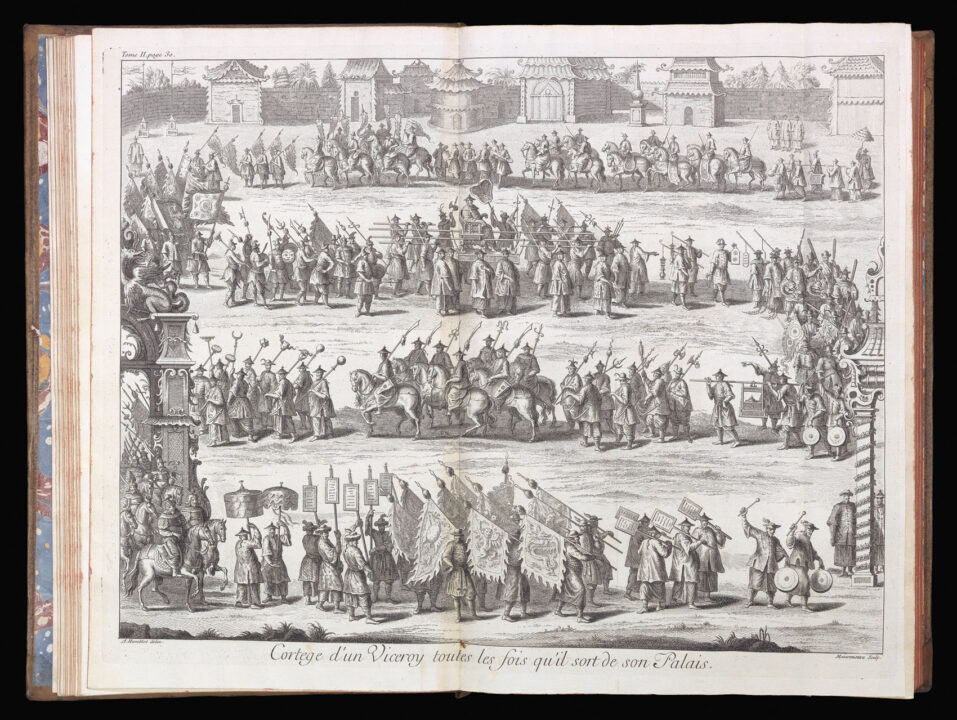 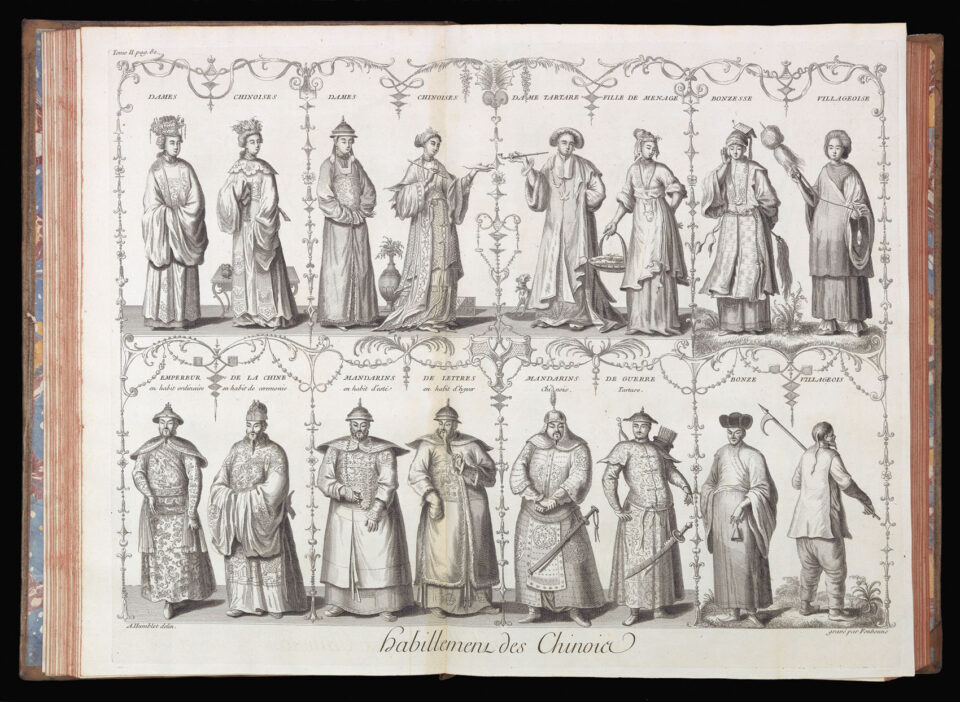