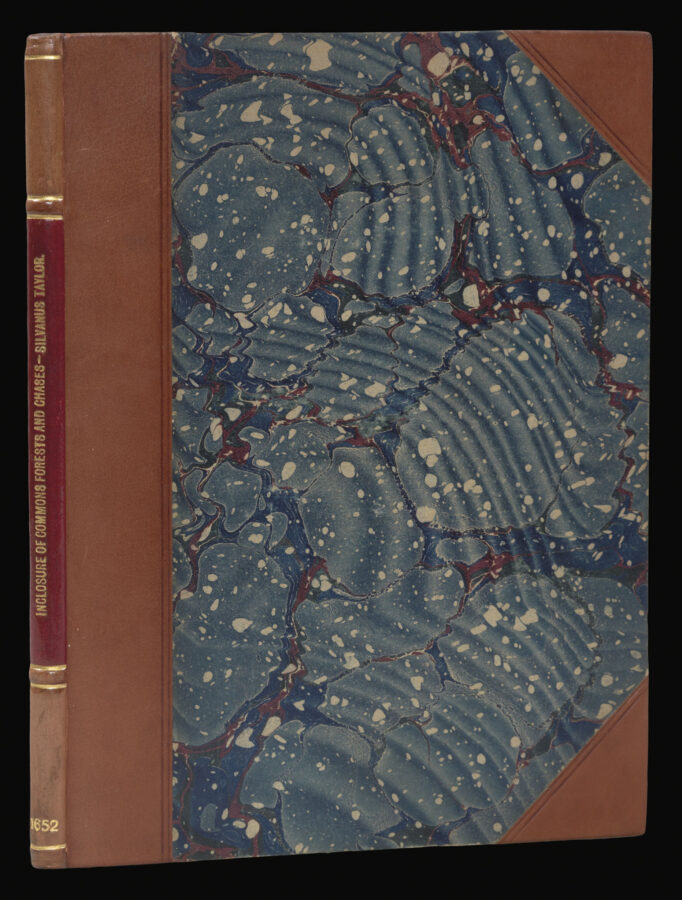 “The commons are, in fact, nurseries of thieves and horse-stealers”

Common-Good: Or, the Improvement of Commons, Forests, and Chases, by Inclosure. Wherein The Advantage of the Poor, the Common Plenty of All, and the Increase and and Preservation of Timber, With other things of common concernment, are Considered.

Silvanus Taylor’s contribution to the effort to reduce England’s rapid deforestation, urging for the increased use of enclosures and new agrarian uses for idle royal forests. Taylor (d1667) was a ​‘grand Oliverian’ hailing from Herefordshire who served Parliament.

England’s woodlands had been rapidly depleted during the sixteenth century, due to a combination of neglect and the naval expansion that occurred under the Tudors. The extent of the deforestation continued to escalate throughout the seventeenth century with little intervention, despite the pleas of authors of previous publications, including by Arthur Standish. A burst of naval construction in England in 1649 brought the issue of deforestation to the forefront once again.

Taylor’s work extols the public to take radical action. There was a religious undercurrent in the moral values of replenishing the forests. Taylor links the cursed fields of the commons with the failed Garden of Eden, which must be revitalized and redeemed. He extoled ​“What’s the matter with us in England, that we labor not to remove the curse, and reduce those large briary and thorny Commons (who offer themselves) if not into a Paradise, yet into pleasant Gardens, fruitful Orchards, goodly fields of Corn, feeding pastures for all sorts of Cattel, stately Woods, and pleasing Groves? All which, with reasonable labor, would be obtained”.

Taylor proposed that 30,000 acres of Dean, New and Windsor Forests to be reserved and sown with oaks for 70 to 80 years. His aim was to create 150 acres of mature trees each year that could be used by the navy. He had the foresight to recognize that although timber from New England was presently cheaper than the home-grown variety, the situation was not sustainable and being prepared to source timber locally was vital to the English economy.

Unlike some of his contemporaries, Taylor did not object to the use of enclosure, as he argued it would increase the overall stock of the commonwealth by increasing productivity. Traditionally enclosures were believed by Stuart reformers as the source of poverty and depopulation. Taylor, along with other Baconian reformers, took the other side of the coin. The common-field system removed the autonomy of any one tenant from controlling agrarian production in an efficient manner. He argued ​“Children are brought up lazing upon a common to attend one cow and a few sheep … being nursed up in idleness in their youth they become indisposed for labour, and then begging is their portion or thievery their trade … The two great nurseries of idleness and beggery etc are alehouses and commons. … The commons are, in fact, nurseries of thieves and horse-stealers”.Taylor went as far to say that the term ​“commons” was misleading as it was a ​“cloud generated to darken all that have not a Perspective to look beyond Tradition”.

We are unable to trace any other example of this publication available on the market. 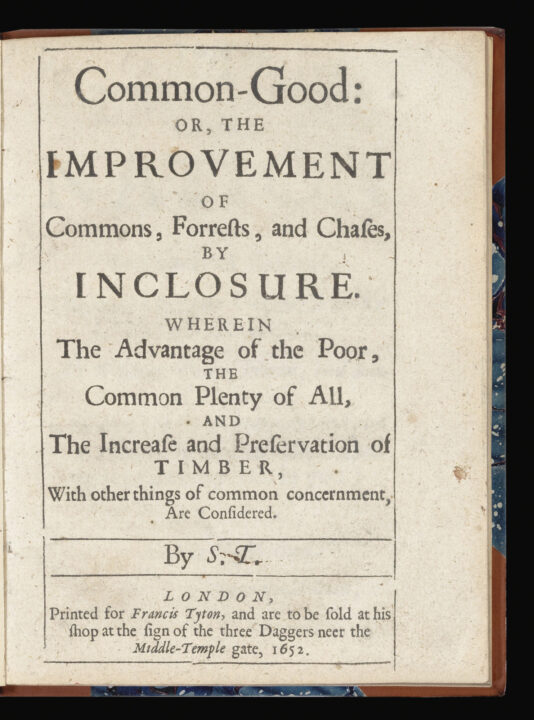