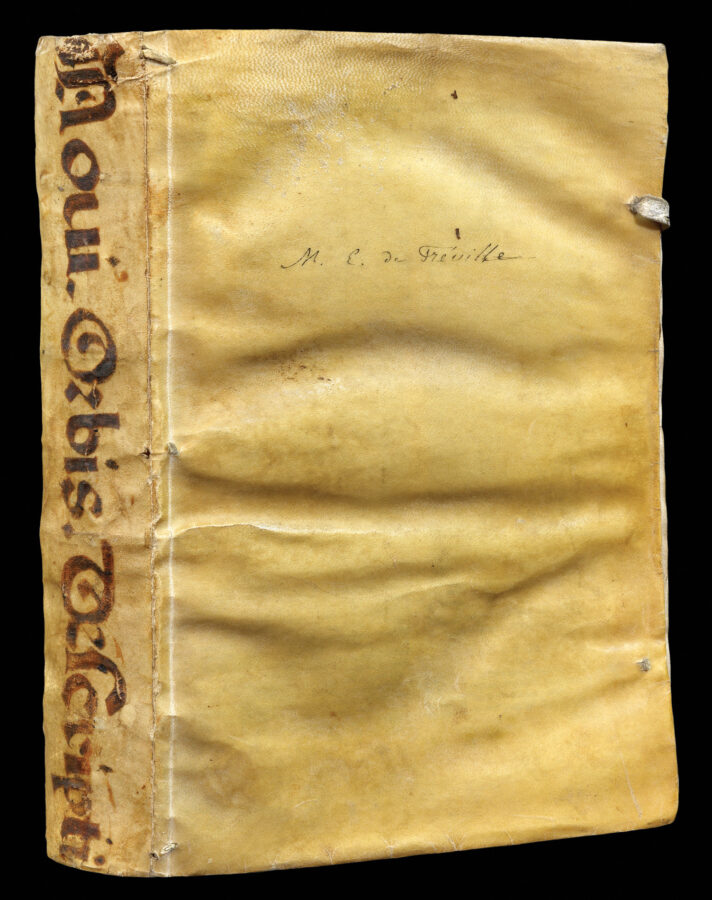 This fine collection of voyages was compiled by Johann Huttich (1480?-1544), with a preface by Simon Grynaeus (1493–1541). The work contains the first three voyages of Columbus, Vincente Yanes Pinzon’s voyage, the four voyages of Amerigo Vespucci, and an extract of the Fourth Decade of Peter Martyr, as well as the voyages of Alvise Cadamosto, Pedro Nino, and Pedro Alvares Cabral. Other accounts deal with the travels of Marco Polo and voyages to Africa, Russia, Palestine, the Moluccas, and elsewhere.

The collection contains Sebastian Münster’s world map, engraved by Hans Holbein. The attribution of this work to Münster has been disputed. A.E. Nordenskiöld points out that the inscriptions, the distribution of land, and the method of drawing the meridians on the oval projection all differ from Münster’s other maps. Henry Harrisse, however, points to the introduction, where Münster directly refers to his creation of the map: ​“We have found it impossible to indicate the position of all of the regions and all of the islands, because the narrowness of our map did not allow it, and that was not our object”. Cartographically speaking, the map is clearly based upon earlier sources: the shapes of the Old and New Worlds are still strongly influenced by the early globes produced by Johann Schöner and the world maps produced by Nicolaus de Caverio and Martin Waldseemüller. It has been suggested that the map was produced at an earlier date by Holbein and kept to be inserted in Münster’s new publication.

However, what the work lacks in originality, it makes up for in the beauty of Holbein’s illustrations. The seas boast a galleon, sea- monsters, and a mermaid. The four corners illustrate the four continents: Africa, to the upper left, shows a man drawing his bow before his companion is gored by an elephant; in Asia, to the upper right, Persians hunt with bow and arrow, next to spice plants; in the Americas, cannibals butcher and cook their lunch to the lower left; while, to the lower right, Lodovico de Varthema, the great European explorer, strides across a landscape towards a man about to club a scapegoat before a woman leaning from a balcony. At the poles, two angels crank handles to turn the world upon its axis. This detail has particular significance, pointing to a new concept of the universe with a rotating earth. This map appears some six years before these ideas first appeared in print, in Copernicus’ ​‘De Revolutionibus’. 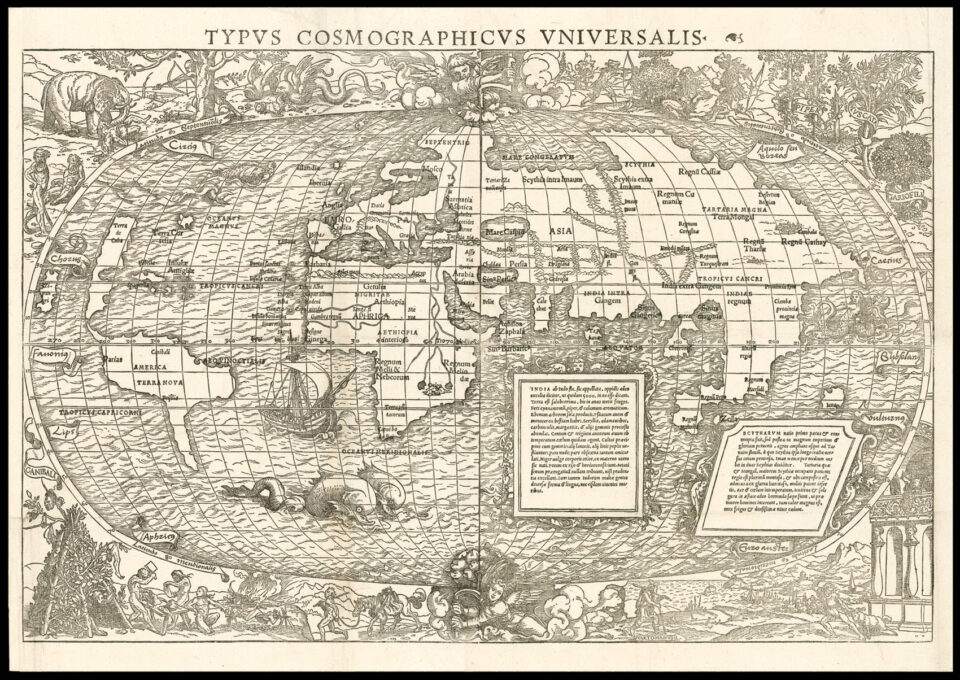