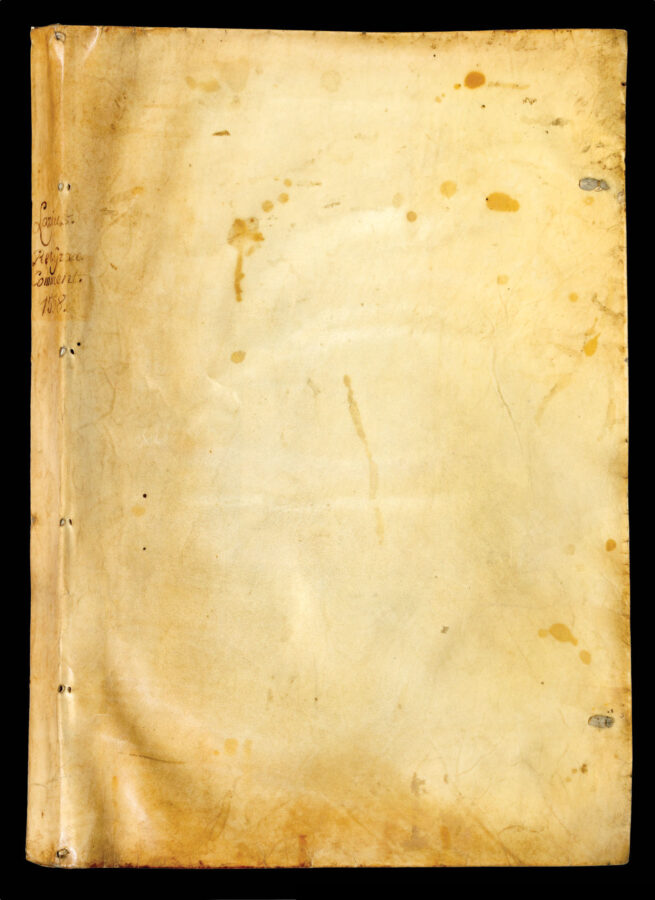 Territorial sovereignty in the classical world

Wolfgang Lazius (1514–1565) was an Austrian scholar who worked in cartography, history, and science. He became a professor in the medical faculty at the University of Vienna, where he was a student, and later became the curator of the collections of the Holy Roman Empire and official historian to Emperor Ferdinand I. He is thought to be the subject of Giuseppe Arcimboldo’s famous painting, ​‘The Librarian’. His varied interests are shown by the title-page, where the border features his books on Austrian history and other works. Lazius learnt cartography at some point (possibly from Petrus Apianus) and was one of the most important mapmakers in Austria in the sixteenth century: Gerard Mercator recommended his work to Abraham Ortelius (Svatek).

The book is a history of Greece, an area in which Lazius was particularly interested. He was keen for the Holy Roman Emperors to liberate Greece from Ottoman rule and incorporate it into their empire, possibly because he had been taken captive by Turkish forces near Budapest in his youth (Svatek). It includes two detailed maps, drawn by Lazius himself.

The first map, in book I, covers all of Greece including the Peloponnese and coast of Asia Minor, drawing on the works of Ptolemy. It has a large and elaborate title cartouche, surrounded by classical deities representing the areas in Greece to which they are linked. On either side are the figures of Hercules (Thebes) and Hermes (Kyllini), with four portrait medallions showing Minerva (Attica, or Athens), Jupiter (Olympus), Ceres, and Neptune (Corinth). The map’s border is composed of medallions with the names of Greek cities and small pieces of information, separated by region. The map itself is crammed with detail: place names, snippets of history, and small shields or medallions referencing Greek mythology. Ariadne reclines near the island of Naxos, waiting to become the bride of Dionysus after being abandoned by Theseus; the crippled Philoctetes appears near the island of Lemnos, left there with an injured leg by the Greek army on their way to Troy.

The second map, in book II, only covers the Peloponnese, based on Italian sources. It has a similar border of medallions with geographical information on the right hand side, with a pasted border of shields containing the names and biographies of famous rulers of Elis, the site of the first Olympic games. A charming strip of etchings showing the Labours of Hercules has been pasted at the upper edge (six of his labours were completed in the area shown). Theseus kills the Minotaur next to a tiny representation of the labyrinth at the lower edge; to his left, Paris sails towards Troy, his arm around the stolen Helen; the combined Greek forces sail after them to recover her. To the north we find Perseus with the head of Medusa on his shield, and above him Poseidon and Athena fight to become the patron deity of Athens.

There is no mention of a place of publication or publisher in the work. It has been suggested that it was published by Andreas Wechel in Frankfurt am Main but that seems unlikely as Wechel was still printing in Paris until 1572. Graesse lists Vienna as the place of publication which is supported by Karrow, who lists Raphael Hoffhalter as the publisher.

The first edition is the only one to contain maps, and is thus very scarce. We have only been able to trace two institutional copies, in the Bayerische Staatsbibliothek and Bibliothèque Nationale de France.


1. Bookplate and manuscript inscription at foot of title from Bibliothek Oberherrlingen, the collection of Eugene von Maucler (1783–1859), German politician and bibliophile. 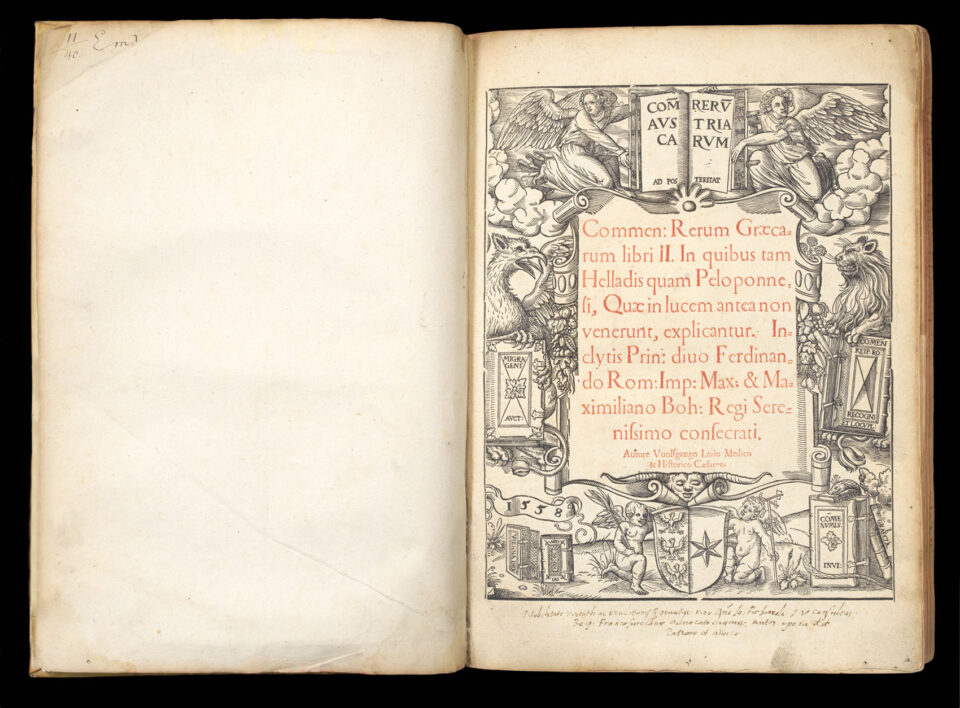 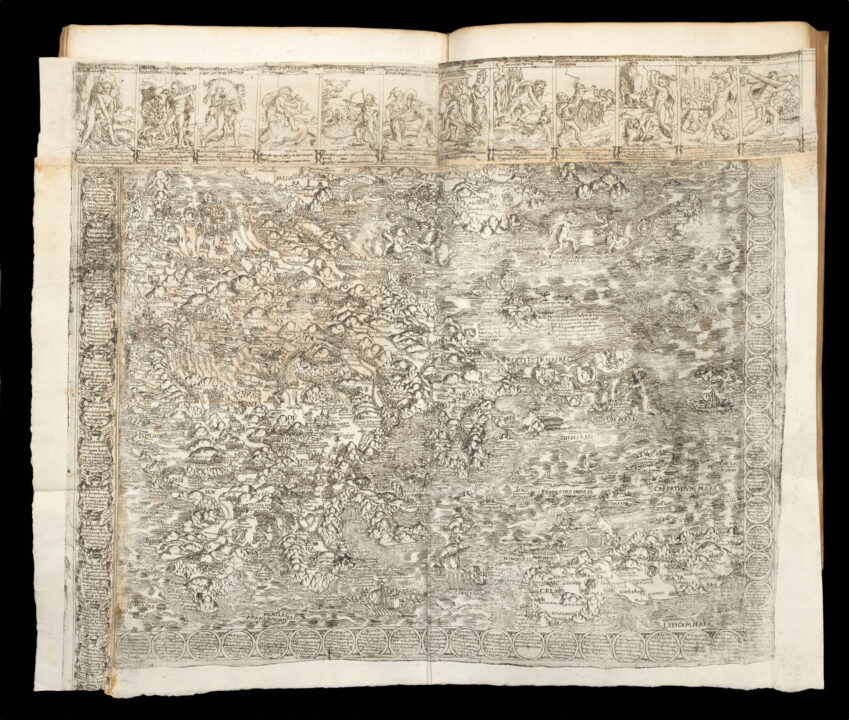 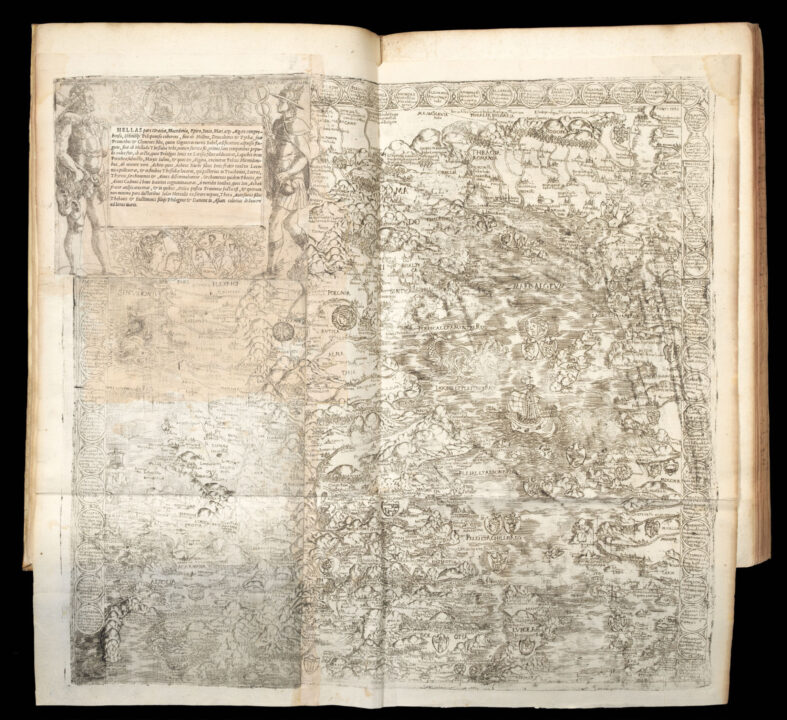