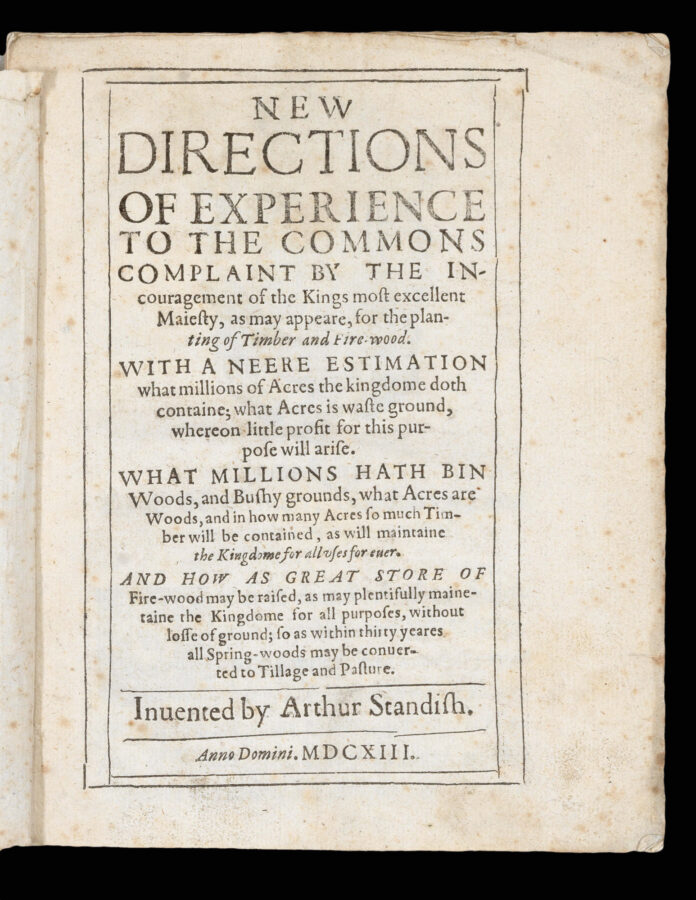 Taking a Standish against deforestation

New Directions of Experience of the Commons complaint by the incouragement of the Kings most excellent Maiesty, as may appeare, for the planting of Timber and Fire-wood. With a neere estimation what millions of Acres the kingdome doth containe; what Acres is waste ground, whereon little profit for this purpose will arise. What millions hath bin Woods, and Bushy grounds, what Acres are Woods, and in how many Acres so much Timber will be contained, as will maintaine the Kingdome for all uses for ever. And how as great store of Fire-wood may be raised, as may plentifully mainetaine the Kingdome for all purposes, without losse of ground; so as within thirty yeares all Spring-woods may be converted to Tillage and Pasture.

This volume contains one of the first English treatise dedicated entirely to forestry, written by Arthur Standish in 1613. The country’s woodlands had been rapidly depleted during the sixteenth century, due to a combination of neglect and the naval expansion that occurred under the Tudors. Alarmed at the extent of the deforestation he witnessed when travelling around England, Standish was one of the many writers who contributed to the debate surrounding the issue, publishing a series of works about his findings. His first book was ​‘The Commons’ Complaint’ produced in 1611, which focused on the process of enclosure, by which public forests could be privatised in a bid to ensure their proper maintenance. This received a license from James I, which appeared as a preface in his later works, including the present volume.

​‘New Directions of Experience to the Commons Complaint, for the planting of Timber and Firewood’ is a development of the ideas first expressed in ​‘The Commons’ Complaint’. Here Standish once again advocates enclosure as a means of producing more trees, ending the first section with the conclusion that ​“all grounds inclosed, and that heereafter may be inclosed, may be improoved three shillings and foure pence an Acre yearely”. He follows this with the suggestion that the country’s wastelands should be cultivated and planted with trees, ​“for the better repairing of the ruine of this kingdome”. In the final section, Standish identifies the main issue at the centre of this ​“ruine”, namely that it was ​“the nature of this Age, that men may not indure to tarry so long for profit”. He laments that his fellow agriculturists fail to consider the future of their industry, instead seeking immediate return for their labours. These concerns demonstrate that the problem of sustainable resources was being considered long before the twenty-first century. 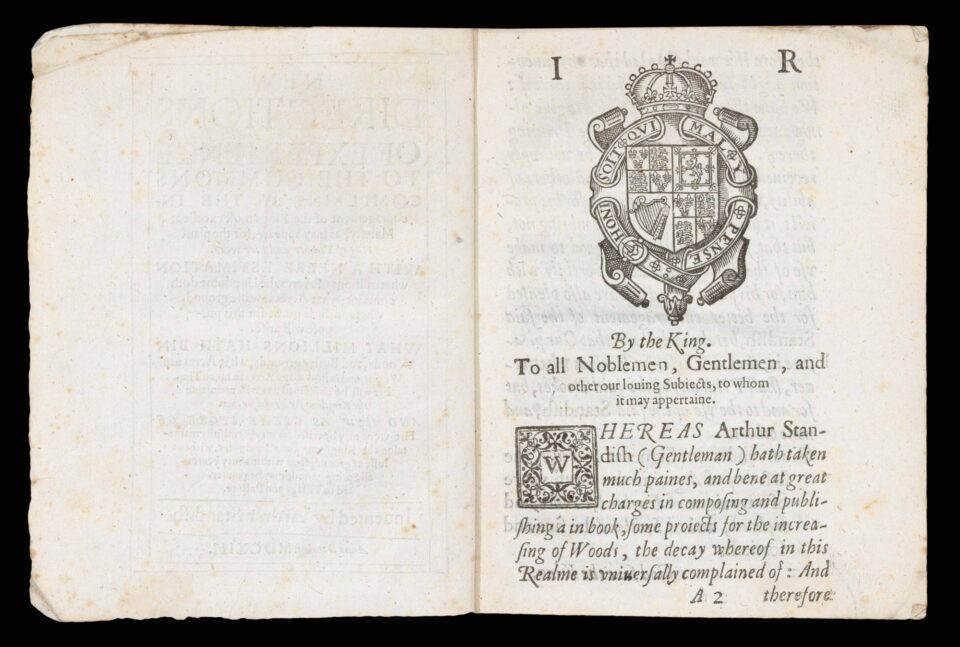 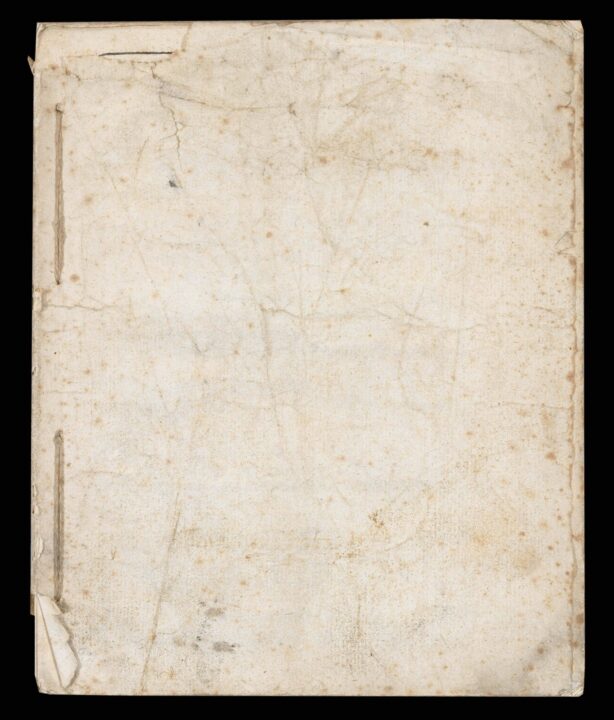