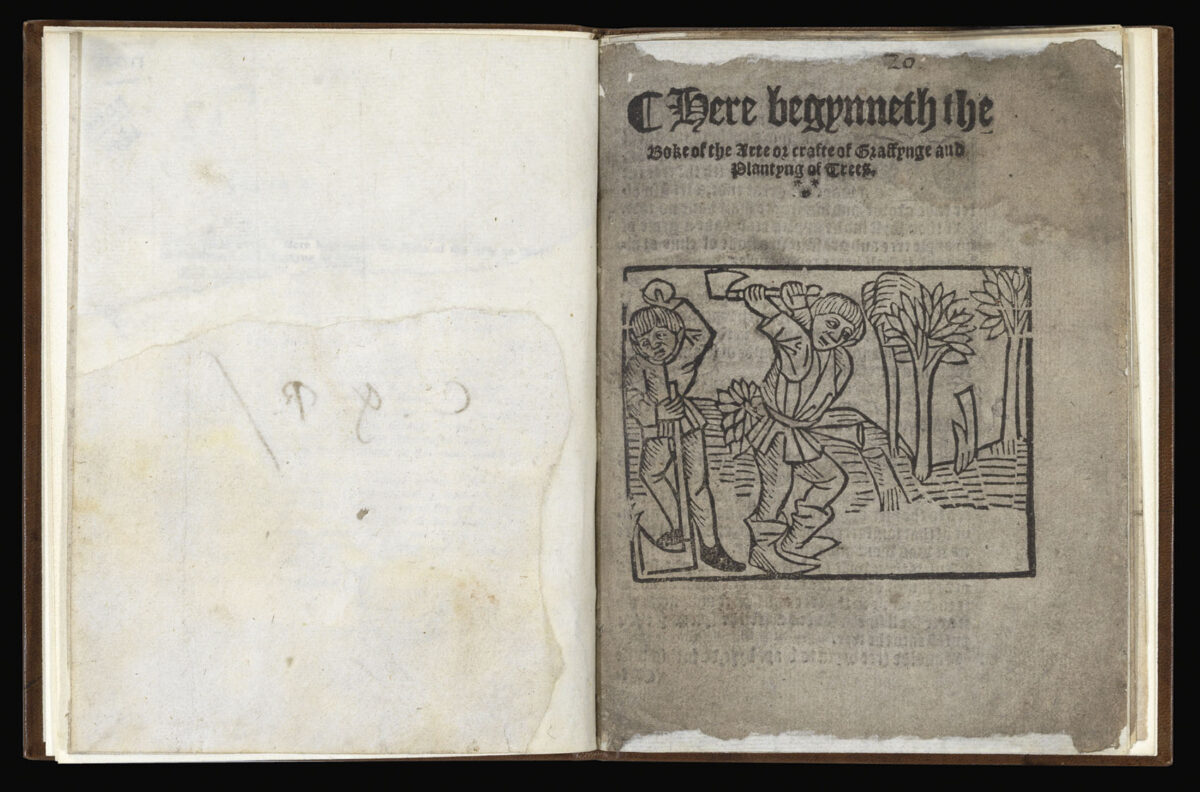 “See that your vines are well married”

This extremely rare book is an early example of a gardening manual, offering advice and guidance on how to produce and preserve the finest trees. It was printed, and probably authored, by William Copland (d1569), a relative of the more famous printer, Robert Copland (fl1508-1547), who worked with William Caxton. In this text, Copland focuses on the ancient art of grafting, which involved fusing together two plants to continue their growth as one. European agriculturists had been practising grafting from the Classical period onwards, and in those millenia the process had attained a symbolic status. The convergence and subsequent unity of two elements naturally translated into an analogy for love and sex, which resulted in the prominence of grafting in literature and art. Cato the Elder had even advised his readers to ​“see that your vines are well married” (arbores facito uti bene maritae sint).

After the invention and rise of the printing press, horticultural enthusiasts began to publish books on the subject. One of the earliest examples is William Lawson’s 1618 volume ​‘A New Orchard and Garden’, which featured much information about grafting. The present text, first published in 1563, focuses almost exclusively on the process, although it also includes a short treatise on the seasons of the year and the four elements at the end. Copland writes in short paragraphs, which cater to every possible desire one could have of a fruit tree. He advises how to graft two plants ​“if thou wilt have a tree beare divers fruytes”, ​“if thou wilt have frutes of dyvers coloures” and ​“if thou wylt that a vyne beare white grapes”, for instance. And yet the common misconceptions of the day are not entirely avoided in Copland’s study. One can imagine how successful the following instruction would prove:

​“If thou wilt plante an almode tree or walnot tree, or a Cherie tree or a peche tre, put the kernels of which thou wilt in water four days, and than put many kernelles together in to ye earth”.

The volume is extremely rare: we have been unable to trace any other example appearing on the market. Furthermore, outside of Pollard’s 1913 ​‘Hand-Lists of English Printers’ and Dibdin’s 1816 ​‘Typographical Antiquities’, there does not appear to be any record of this text at all. 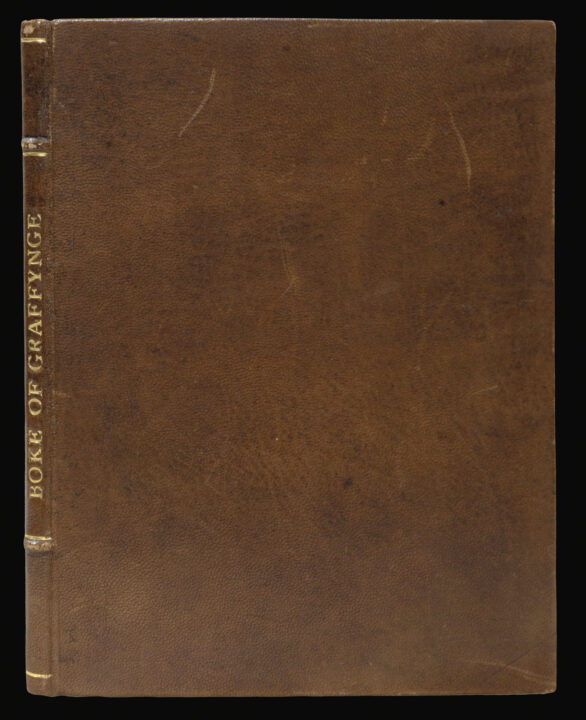