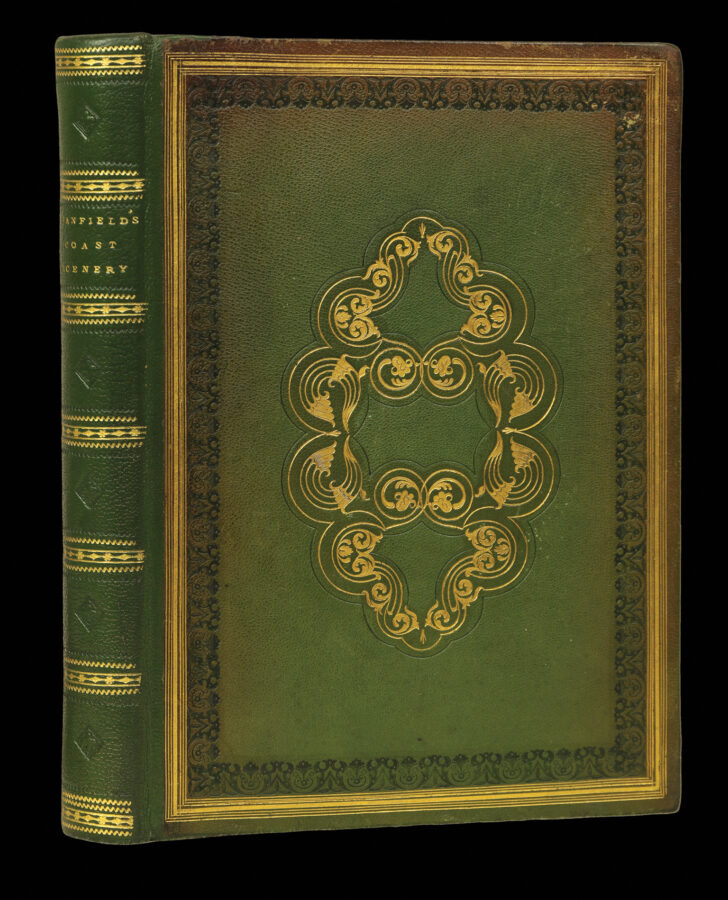 Scenes from the English Channel

Stanfield’s Coast Scenery. A Series of Views in the British Channel

Fine example of Stanfield’s scenes of the south coast of England.

Clarkson Frederick Stanfield (1793–1867) was regarded as one of the greatest British marine artists of his day. The public preferred the immediacy and high finish of his sea paintings, to the misty visions of J. M. W. Turner’s later years, and John Ruskin praised him at length in ​‘Modern Painters’ (1843–60), drawing particular attention to his truthfully observed skies and his astonishing ability to render the movement and transparency of water. 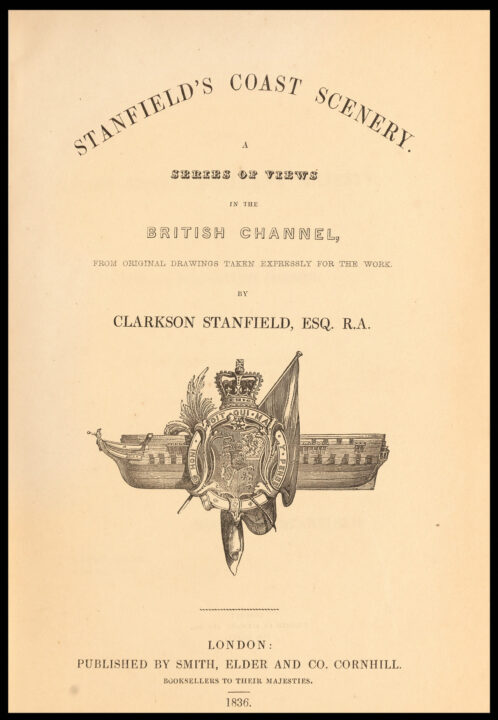 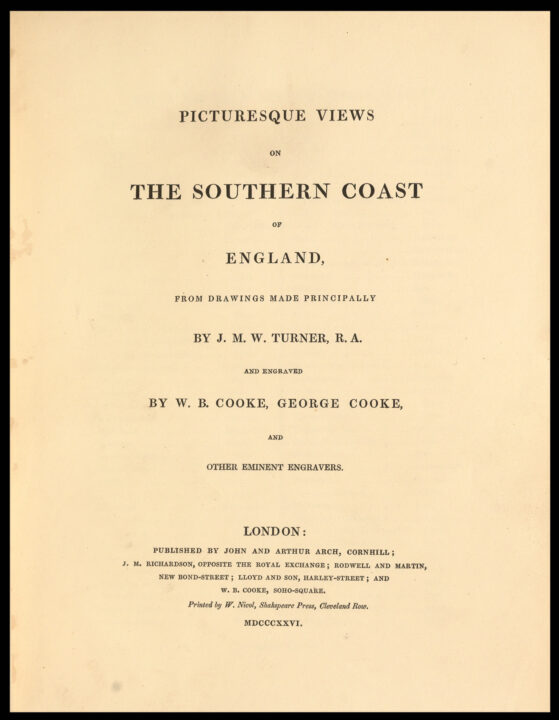