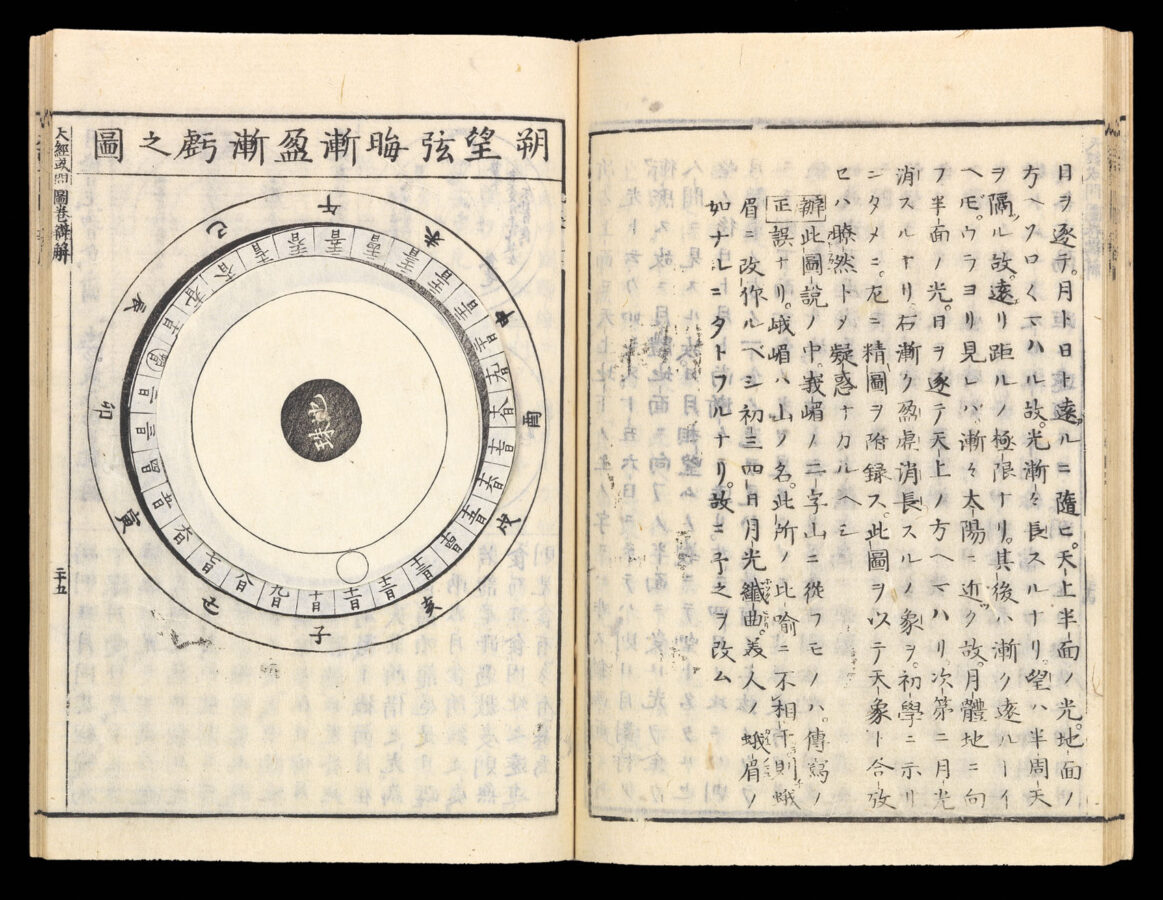 The first edition in Japanese of this astronomical and geographical work, the ​“Chinese text most influential in Japan” (Sugimoto and Swain). The original Chinese text, the ​‘T’ien-ching huo-wen’, combined ancient Chinese theories with the writings of the natural philosopher Zhu Xi and philosopher Fang Yizhi, and information from Jesuit scholars. The author, You Yi, studied under the prominent scholar Hsiung Ming-yü, a close friend of the Portuguese Jesuit Father Manuel Dias.

It was first printed in China in either 1672 or 1675, but no copies remain in China and it is extremely rare. The first edition to be printed in Japan, in 1730, was issued in four volumes of which the first three were in Chinese and the supplementary fourth was in Japanese. This edition, the first to be issued wholly in Japanese, was translated, revised, and added to by Irie Osamu (1699–1773), and published in 1750. The ​‘T’ien-ching huo-wen’ was very popular in Japan, where works concerning Western astronomy were often banned for their Christian content during the Tokugawa shogunate: ​“everyone with an interest in astronomy read it” (Nakayama). Luckily, it was free from religious overtones, and quickly became ​“a classic in astronomy — partly because of the scarcity of such works.” (Sugimoto and Swain).

Irie reprinted the eight maps from the original work but supplemented all except one with updated versions drawing on the work of Harumi Shibukawa’s ​‘Tenmon seisho zu’. He also added three volvelles, the first edition of the work to do so. The celestial map featured ​“the stars around the South Pole, which had not been shown on previous celestial maps; the book therefore provided the Japanese with their first knowledge of such stars” (Miyajima). Knowing the location of the South Polar stars, in particular the South Star (Sigma Octantis), is crucial for navigation and cartography, because the stars of the southern hemisphere circle the South Star every night. The geographical maps are of particular interest: four separate maps form a double-hemisphere world map, including a southern hemisphere with a very distinctively shaped Australia joined to a southern continent. The celestial and world maps are based on the work of the Jesuit scholars Matteo Ricci and Ferdinand Verbiest. 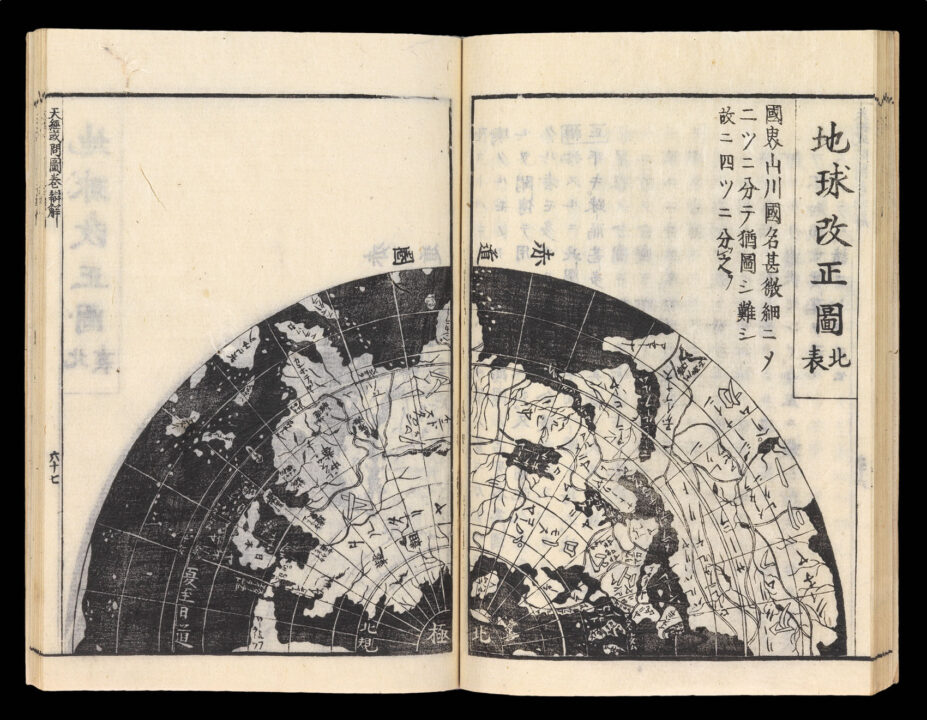 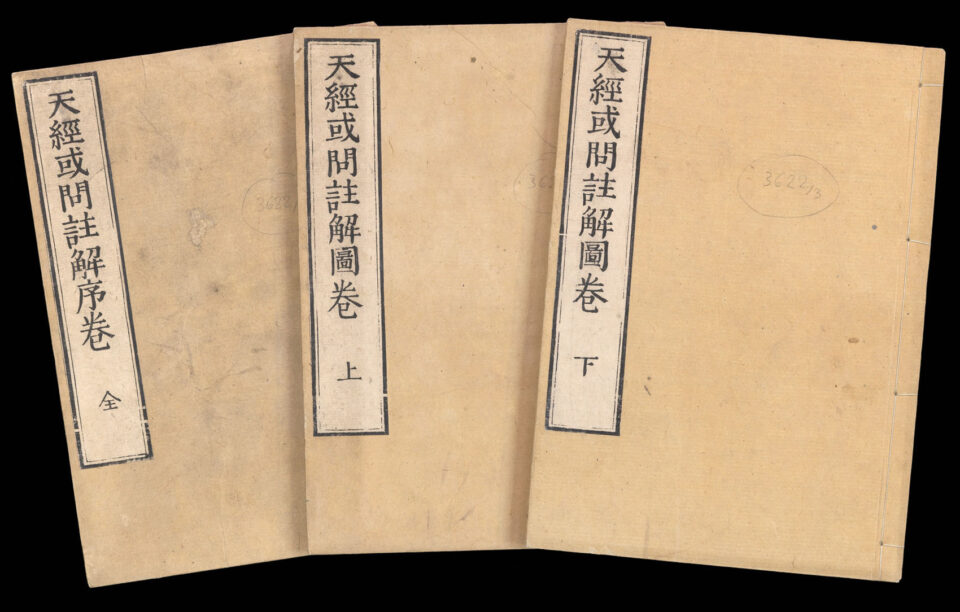