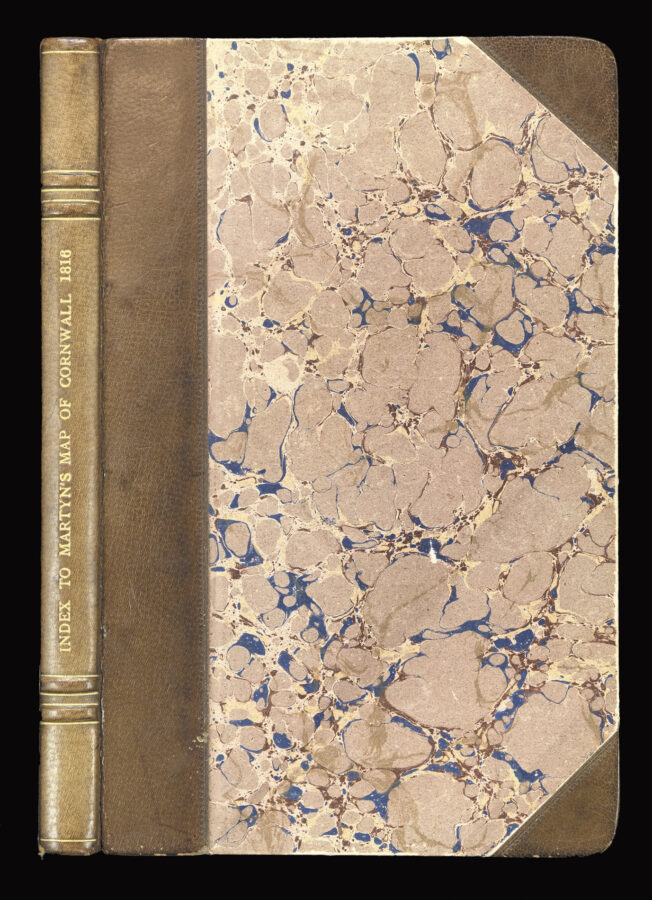 Rare index to a Martyn’s large scale map of Cornwall

A Complete Index to Martyn’s Large Scale of the County of Cornwall and of those parts of the county of Devon , which lie To the West of the River Tamar to which is added a short account of the Archdeacomry of Cornwall.

Thomas Martyn was a Cornish surveyor whose career was spent mainly on cadastral surveys of large private homes and estates. He later took on the more ambitious project of a large-scale map of his home county. Financed by subscribers, the map was first published in 1748. It proved popular and was reissued multiple time by later publishers, including William Faden. Printed to accompany an edition published in the early nineteenth century was the present index, in which are listed the topographical and geographical features shown on the map. Martyn’s map was filled with details, including churches, seats of the nobility, villages, farmhouses, roads, lanes, commons, hedgerows, tin, copper and lead mines, hills, rivers, and parks, hundreds and divisions of the county.

Rare we are only able to trace four institutional copies of the present work. 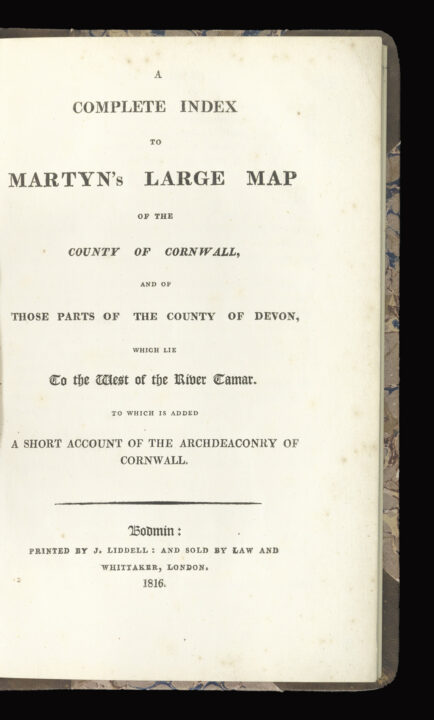