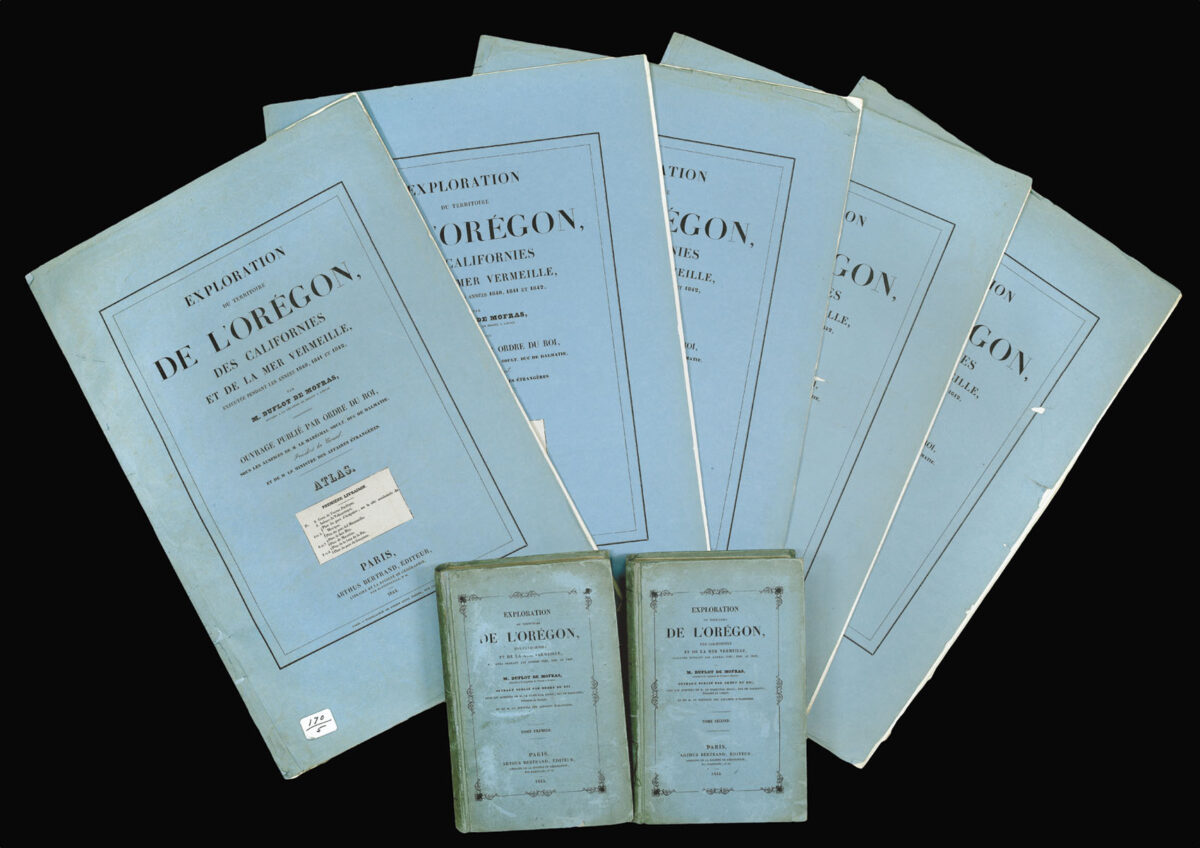 Presentation copy of the most detailed book on California before American occupation, in original parts

A rare work providing the earliest European perspective of Oregon and the west coast of America, and the most detailed book on California before American occupation. This example is inscribed on the front free endpaper of each text volume ​“a Son Excellence, Monsieur Le Comte Maurice de Dietrichstein, hommage respectueux del’auteur D. de Mofras“

Eugène Duflot de Mofras (1810–1884) a French diplomat, was appointed attaché to Mexico and sent to investigate Alta California and the Pacific coast from 1841–42. His special mission was to explore and evaluate the commercial possibilities of California and the Oregon Territory, which was the subject of dispute between the United States and Great Britain at the time. Duflot de Mofras did not endear himself to the Spanish community in America – he reputedly stole altar wine from the house of one family he stayed with and insulted the General meant to be helping him with his passport (Beebe and Senkewicz). This did not prevent him from creating an ambitious and comprehensive work, accompanied by these meticulously charted maps.

1. Presentation inscription to Prince Moritz of Dietrichstein (1775 – 1864), an Austrian nobleman who held several high offices at the Imperial court; these included Director of the Imperial Court Theatre (Burgtheater) and Library (Kaiserlichen Bibliothek), and Keeper of the Privy Purse (Oberstkämmerer) 1845–1848.
2. The Society of California Pioneers, San Francisco 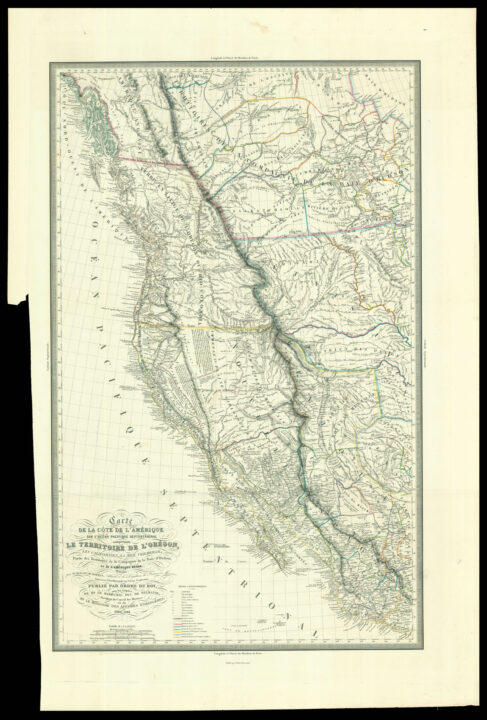