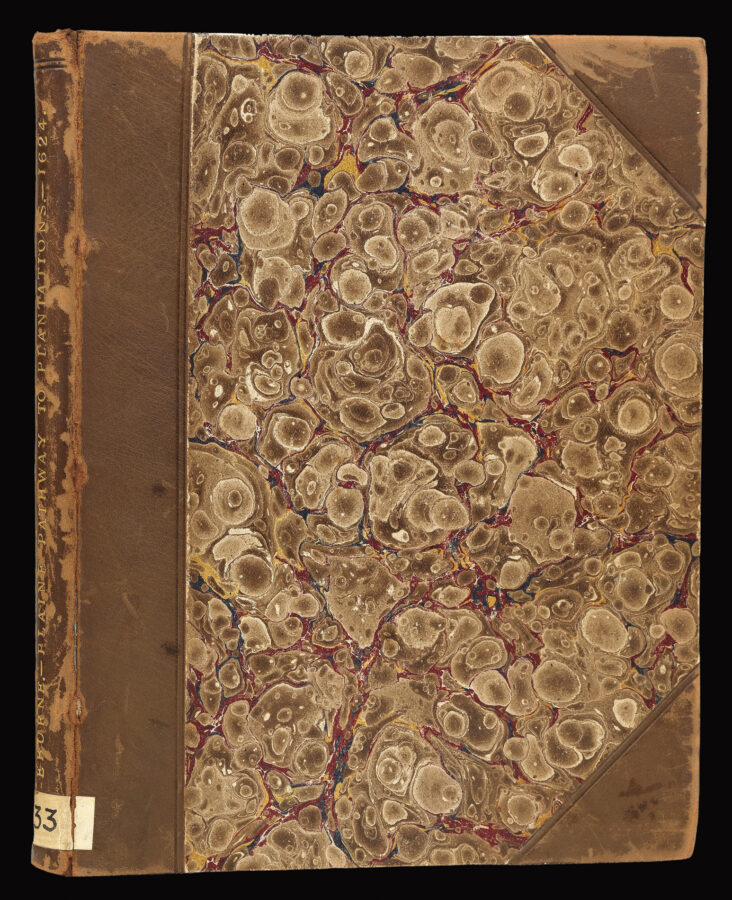 A plaine path-way to plantations: that is, a discourse in generall, concerning the plantation of our English people in other countries. Wherein is declared, that the attempts or actions, in themselves are very good and laudable, necessary also for our country of England Doubts thereabout are answered: and some meanes are shewed, by which the same may, in better sort then hitherto, be prosecuted and effected. Written for the perswading and stirring up of the people of this land, chiefly the poorer and common sort to affect and effect these attempts better then yet they doe. With certaine motives for a present plantation in New-found land above the rest. Made in the manner of a conference, and divided into three parts, for the more plainnesse, ease, and delight to the reader. By Richard Eburne of Hengstridge in the countie of Somerset.

An extremely rare book, of which little seems to be known either by English or American bibliographers.

Eburne presents the ​“doctrine” of plantations in order to encourage his countrymen, ​“especially the common and meaner sort of them”, to move to the colonies. He casts his treatise in the form of a dialogue between a merchant named Enrubie, a faintly disguised reversed spelling of Eburne, and a farmer named Respire. They debate the merits of colonies with remarkable show of learning and wisdom, but with such clarity that, as the author intended, the simplest reader could understand.

ESTC records only seven institutional examples: Folger Shakespeare; Havard University; Harvard Business School; Huntington Library; John Carter Brown; New York Public Library; and the University of Chicago. The only example in commerce we have been able to trace was sold to the Huntingdon Library in 1917 for the astonishing sum of $2300. The only other example we can trace is recorded as having been in the library of the celebrated book collector Herschel V. Jones of Minneapolis, Minnesota. The catalogue of his collection describes the book as ​“One of the most important tracts, as well as one of the rarest, on early matters in the northern part of America”. His extraordinary library of 1700 books was sold in to Dr Rosenbach in 1939.


1. Inscribed by the author to Hugh Fayerclough — vicar of Montacute in Somersetshire; just sixteen miles west of Richard Eburne’s parish church at Henstridge. 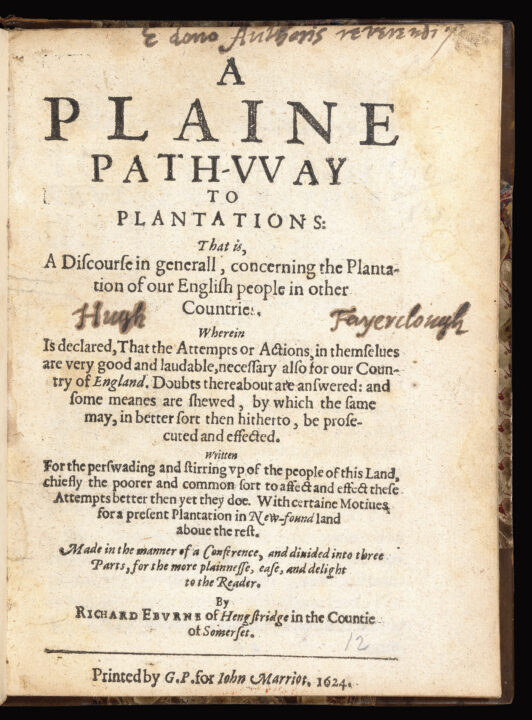