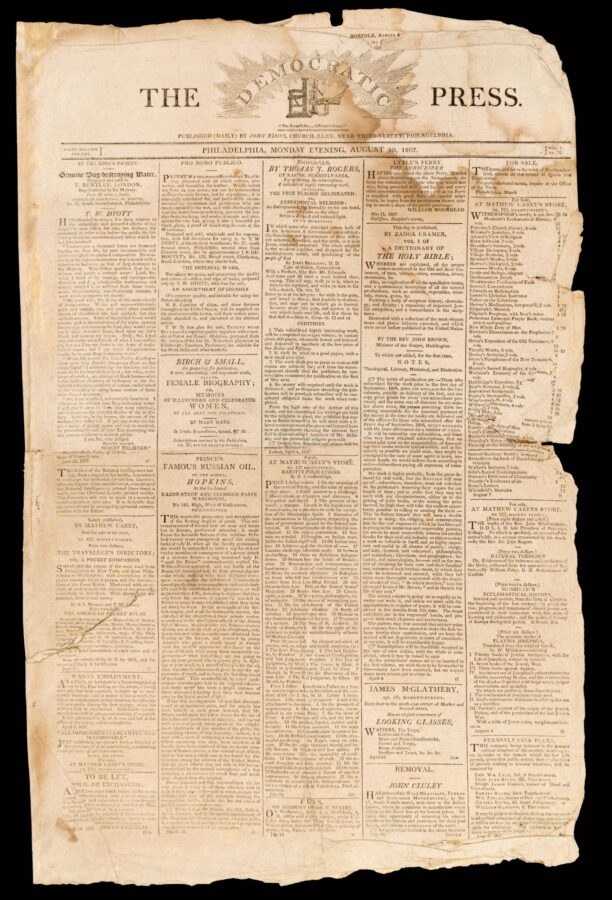 Precipitous prospectus for Lewis and Clark’s monumental work,… a whole seven years before it was finally published

By LEWIS, Meriwether; and William CLARK, 1018

Prospectus of Lewis and Clark’s Tour to the Pacific Ocean, through the Interior of the Continent of North America. Performed by order of the government of the united states, during the years 1804,1805, 1806. [in] ​‘The Democratic Press’

Subscriptions for the official publication of the ​“definitive account of the most important exploration of the North American continent” (Wagner-Camp), are here fatefully solicited by C. and A. Conrad and Co at 80 Chestnut Street in Philadelphia. However, a number of factors, including the time-consuming efforts to collate all the information gathered by the expedition, the death of Lewis in 1809, and the eventual, possibly inevitable, bankruptcy of the Conrad & Co., delayed publication until 1814, a full ten years after Lewis and Clark had set off from St Louis.

But, on August the 10th, 1807, everyone was still very optimistic, and the prospectus gives account of the future, and very grand, publication in great detail:

​“This work will be prepared by Captain Meriwether Lewis, and will be divided into two parts, the whole comprised in three volumes octavo, the first containing at least seven hundred pages, the second and third from four to five hundred pages each, printed on good paper and a fair Pica type. The several volumes in succession will be put to press at as early a period as the avocation of the author will permit him to prepare them for publication”.

The first part would contain a narrative of the voyage, while the second would contain remarks on the geography, fur trade and would be ​“embellished with twenty plates illustrative of the dress and general appearance of such Indian nations as differ materially from each other”. The second part, to be contained in the third volume, was to contain the scientific research.

The iconic map: ​“Embracing all their late discoveries, and that part of the continent, heretofore the least known. This Map will be compiled from the best maps now extant, as well published as in manuscript”. Dimensions of five feet eight inches by three feet ten inches are proposed, considerably larger than the map printed with the first edition. 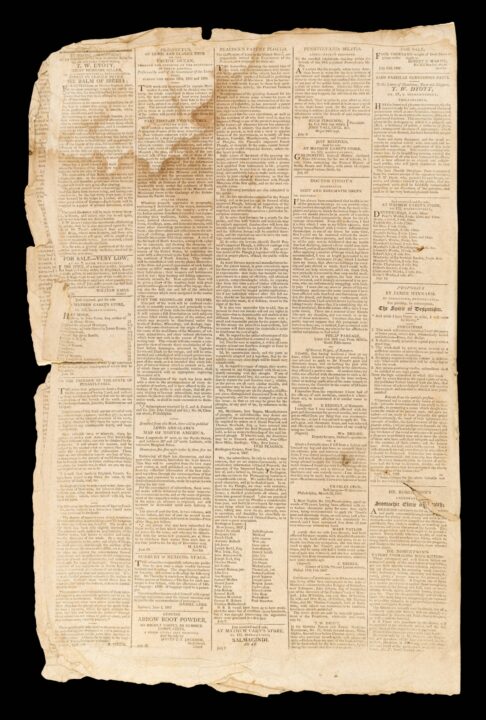 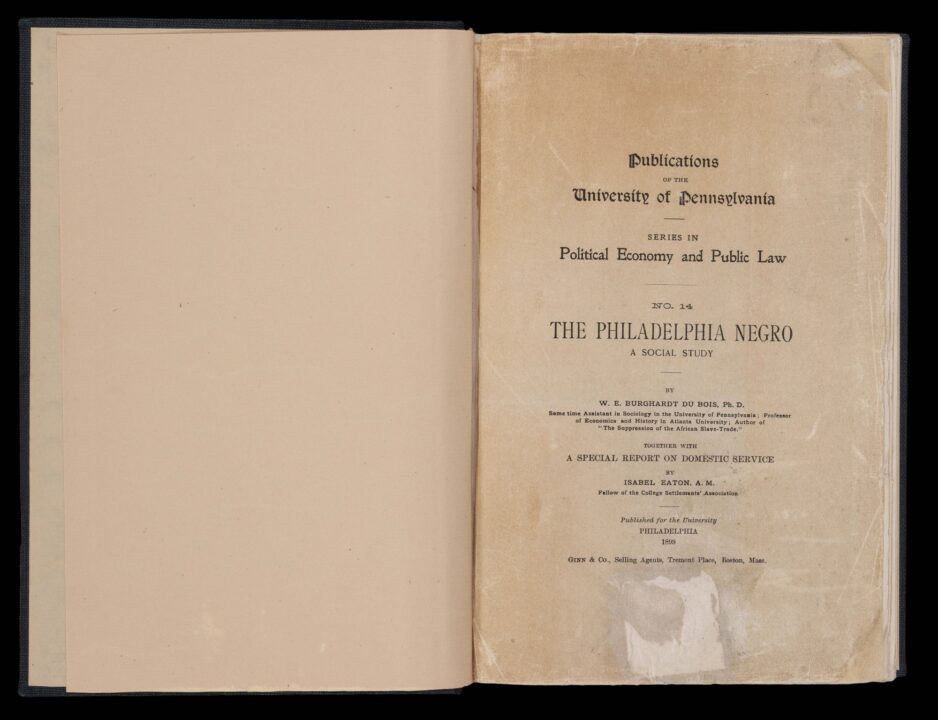