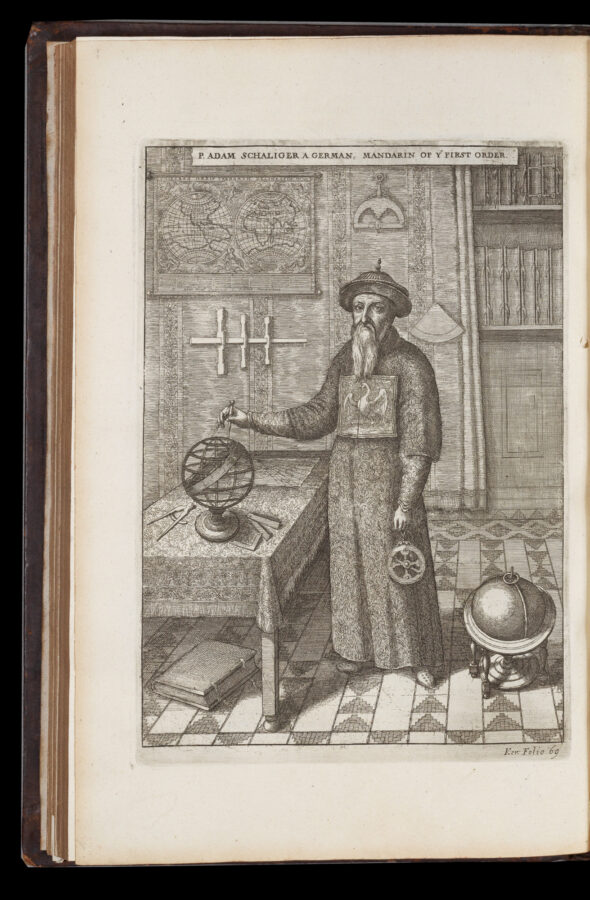 An Embassy from the East-India Company of the United Provinces Provinces to the Grand Tartar Cham Emperour of China, delivered by their Excellencies Peter de Goyer and Jacob de Keyzer at his Imperial City of Peking. [BOUND WITH] MONTANUS, Arnoldus Atlas Chinensis: being a second part of A relation of remarkable passages in two embassies from East-India Company of the United Provinces, to the vice-roy Singlamong and General Taising Lipovi, and to Konchi, Emperor of China and East Tartary…London, Tho. Johnson, 1671.

Nieuhof’s celebrated account of the first trade mission undertaken by the Dutch East India Company (VOC) to the Imperial Court and the Emperor of China and one of the very few non-Jesuit sources of the period. Originally published in Dutch in 1665, it ​‘is regarded as the definitive account of the Dutch Embassy to Peking…‘Breaking the age-old policy of keeping foreigners out of the country. John Ogilby worked on their works’ translation and until the mid-nineteenth century it remained ​“the most authoritative account of China”. The numerous engravings were executed after the author’s own drawings and give a detailed picture of Chinese life as well as illustrating views and places.

Johannes Nieuhof came into the service of the VOC, after having travelled in the service of the Dutch West India Company through the West Indies and Brazil, from 1640–1649. After two year’s traveling through the East-Indies as a steward of the VOC, he was sent on this Dutch embassy to the Chinese Imperial Court, probably also because he was known to be an accomplished draughtsman. The embassy, together with embassies from the Mogols,the Tibetans and the South Tartars, was received in Peking after a five-month journey from Canton. The object of the embassy was to obtain free trade throughout China. As usual the embassy also served as an explorer’s expedition and a number of scientist were members of it. They studied, described and drew from nature everything interesting they passed en route. So the present account is not only written in a lively manner, but also richly illustrated with large views of all ports and places visited, starting with Batavia from which the expedition sailed, and with numerous text-engravings illustrating in detail Chinese life and customs in the 17th century, including a beautiful series of engravings of the plants and animals, all after Nieuhof’s drawings.

The work was first published by Jac. van Meurs at Amsterdam in 1665 and became highly popular and was published in German, French, English and Latin. 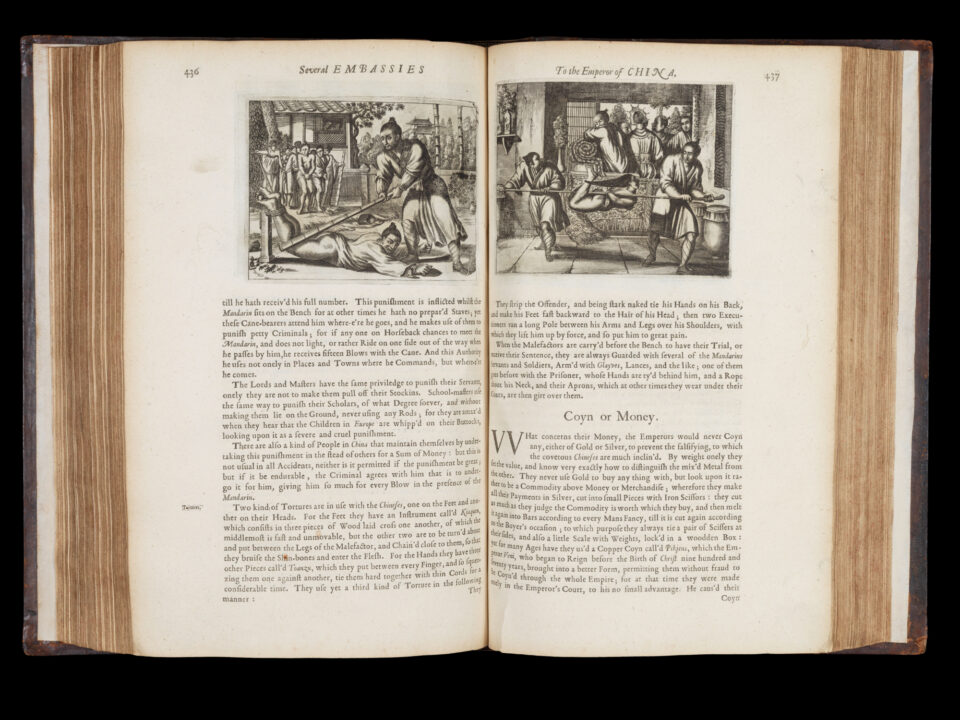 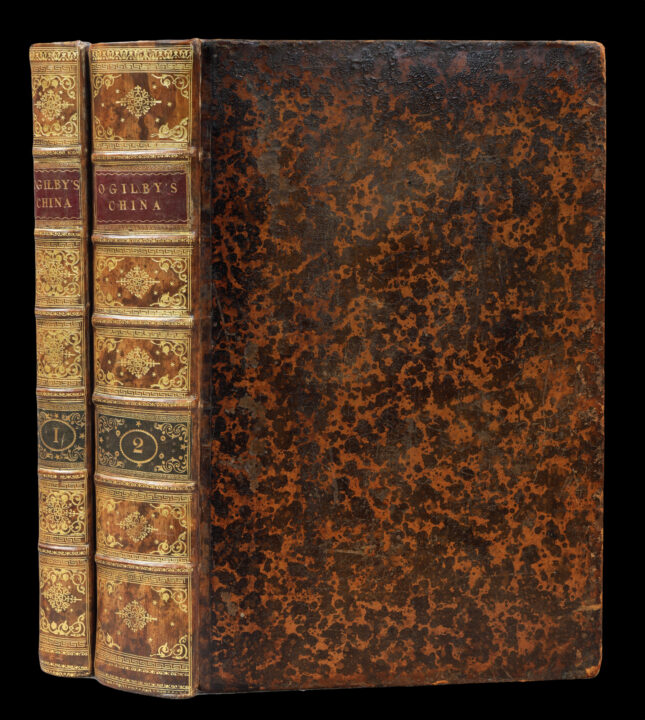 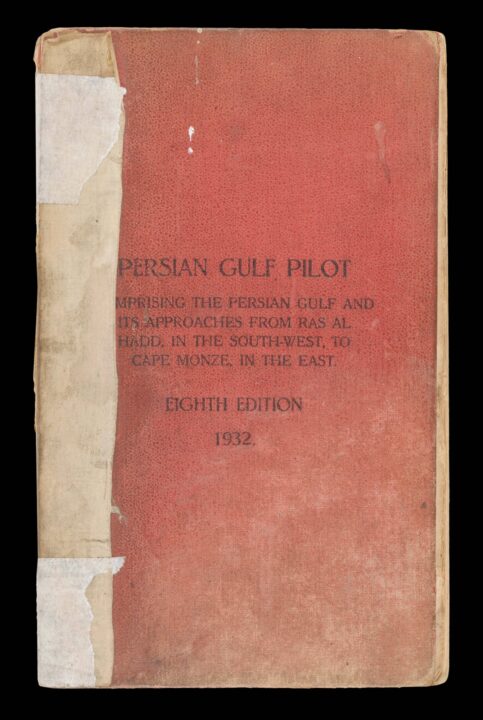