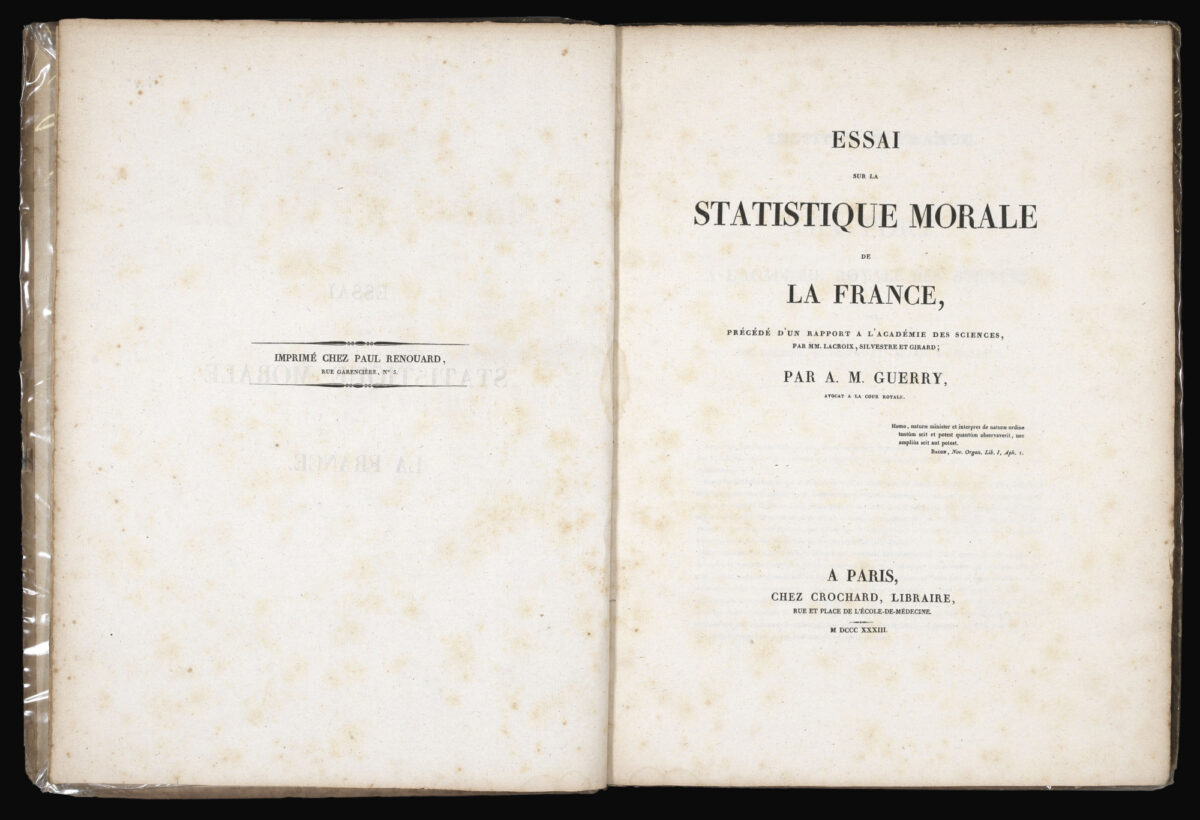 “one of the foundation studies of modern social science”

André-Michel Guerry (1802–1866) was a French statistician. He began his career in law, becoming an advocate and working at the Ministry of Justice. He worked on the first French national crime survey and was so interested that he left to become a full time criminologist and statistician. The ​‘Essai’ began as an 1829 poster with three maps of France, with the départements colour coded according to the crime rate, property crime and literacy rate: the first maps to show crime rates. After more research, Guerry presented the full findings in the ​‘Essai’ to the Académie des Sciences in 1832. It is a comprehensive analysis of both criminals and they way in which they committed crime; for example, looking at the breakdown of criminals by sex and age, and then considering whether more crimes happen at certain times of year. The work won the Prix Montyon, and was published the following year.

The book contains six maps of France: showing crime rate against people; crime rate against property; literacy rates; number of illegitimate births; charity donations; and suicide rates. Guerry’s results were ​“startling for two reasons. First he showed that rates of crime and suicide remained remarkably stable over time, when broken down by age, sex, region of France and even season of the year; yet these numbers varied systematically across départements of France… Second, he overturned some widespread beliefs about the nature and causes of crime and its relation to other observable factors, such as education and poverty” (Friendly). He was also interested in recording the motives behind crimes — finding, for instance, that poisoning was often motivated by adultery and murder by hatred — and the ​‘Essai’ contains ​“perhaps the first content analysis in social science” when he classifies suicide notes left in Paris according to the reasons given for death.

Guerry’s work was important because it provided a ​“launching pad for much of modern social science”, raising the ​“possibility to conceive, for the first time, that human actions in the social world were governed by social laws” (Friendly). 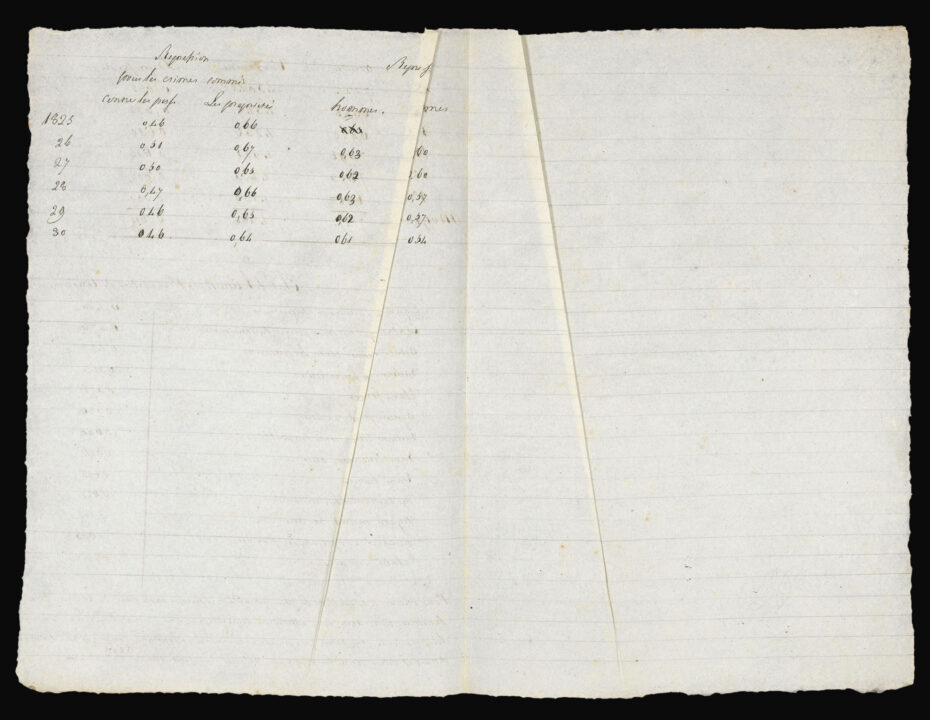 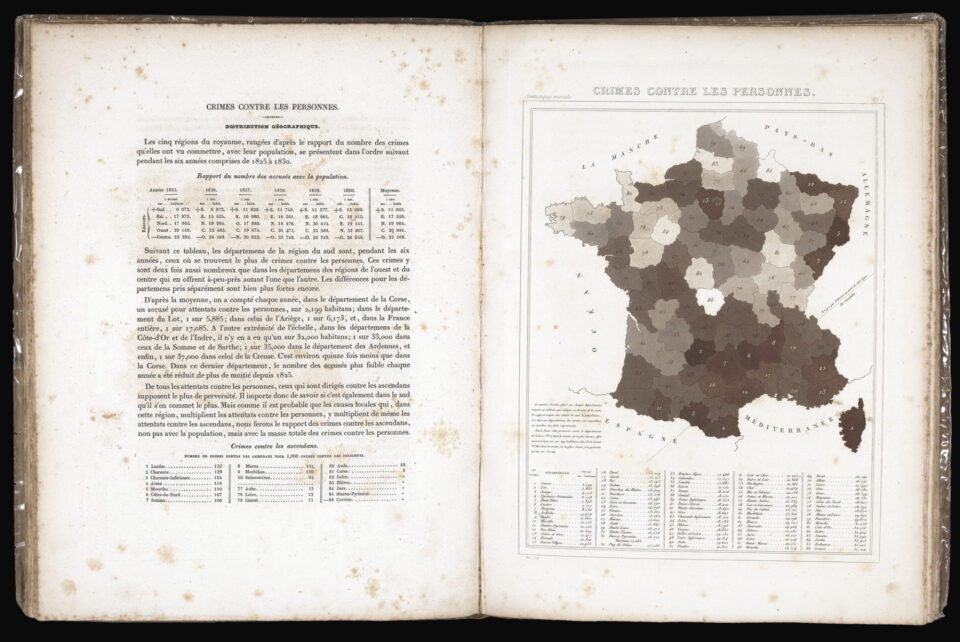 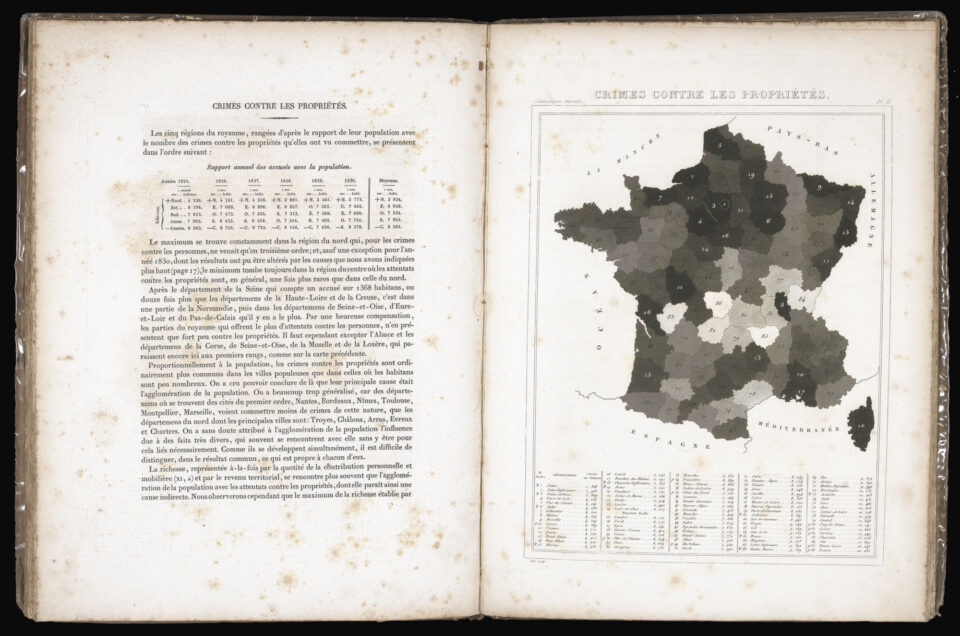 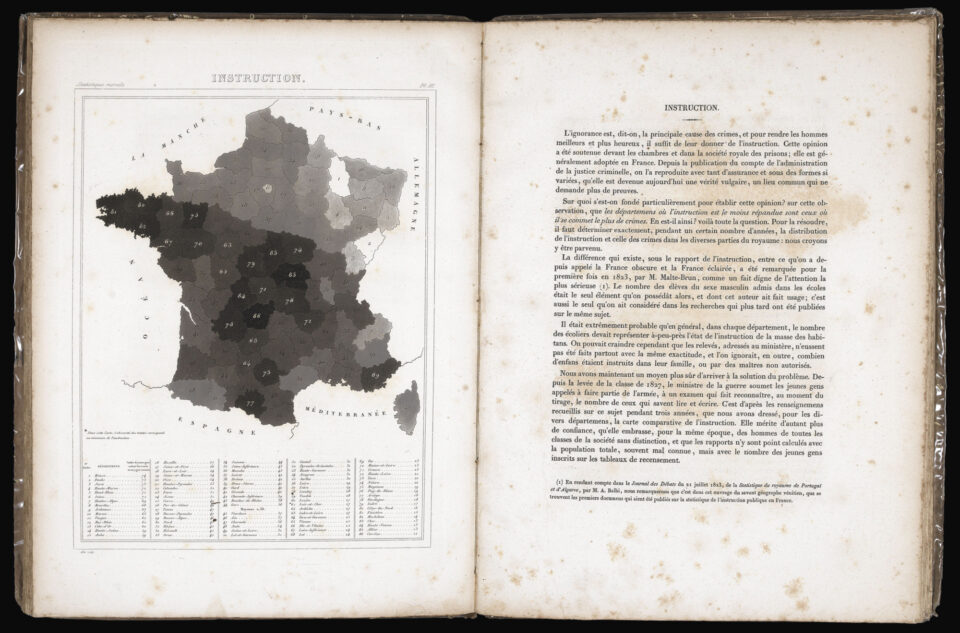 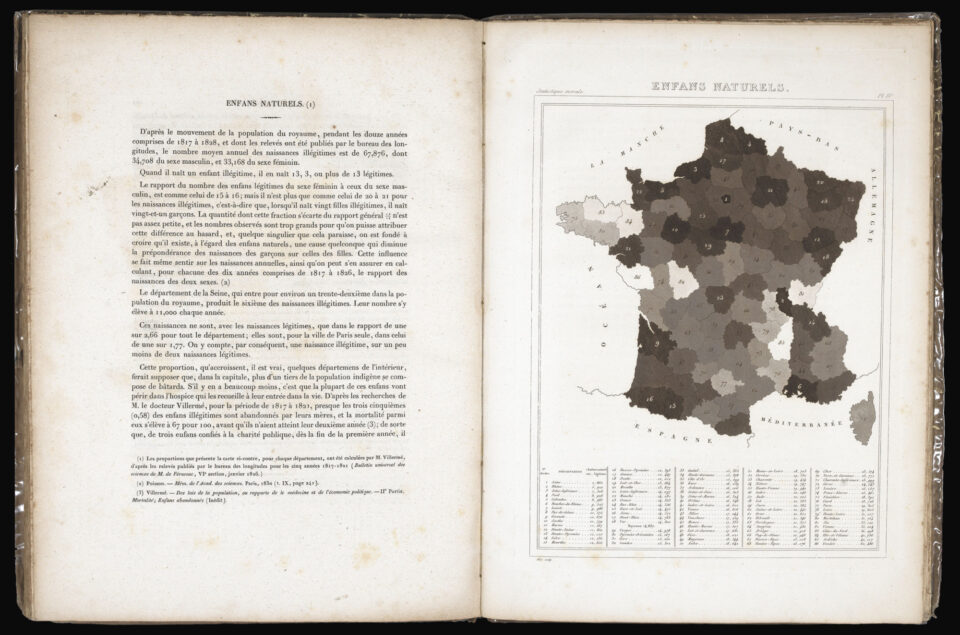 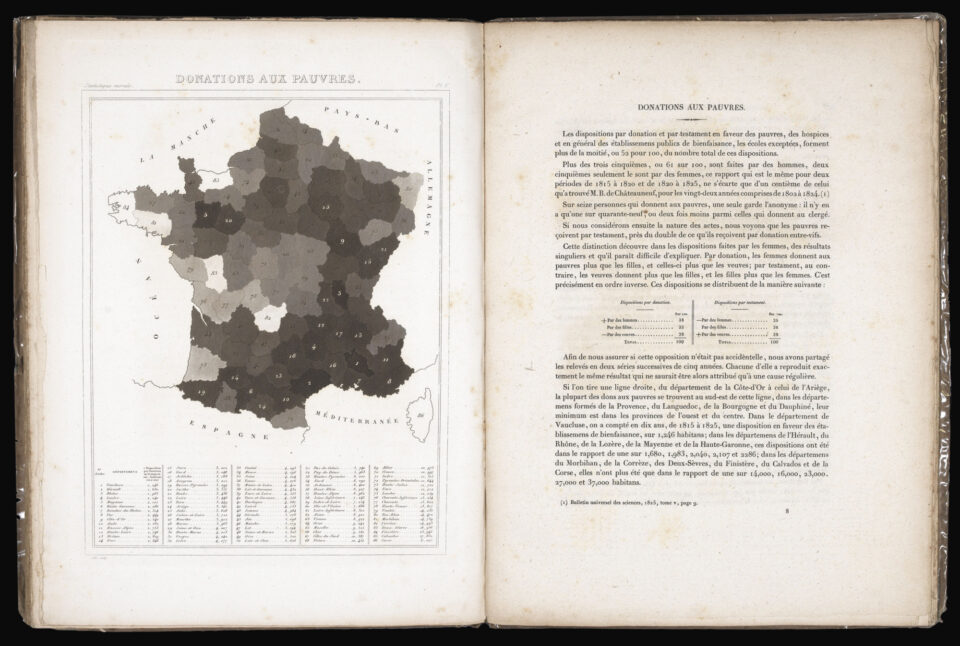 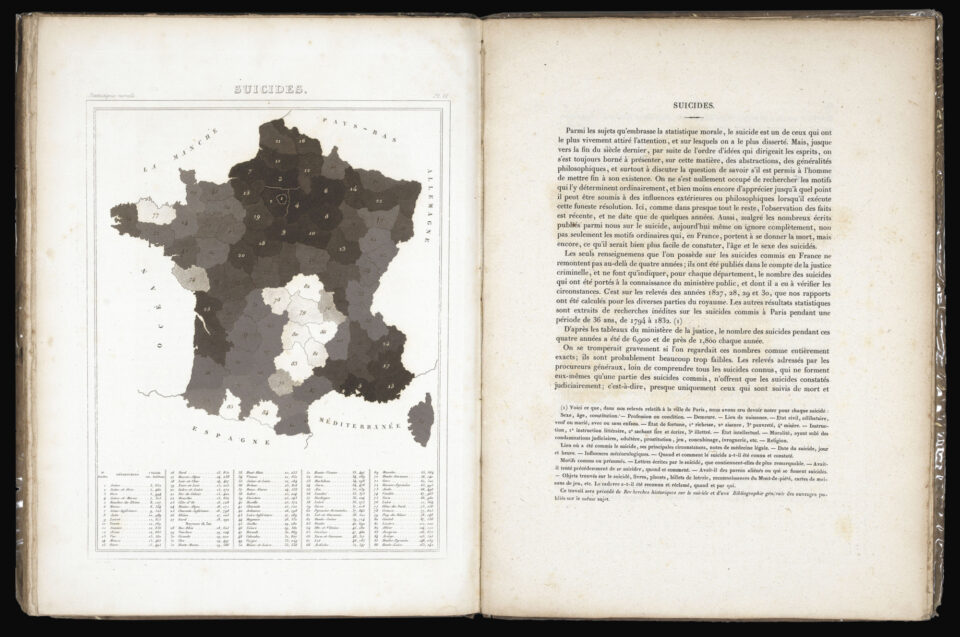 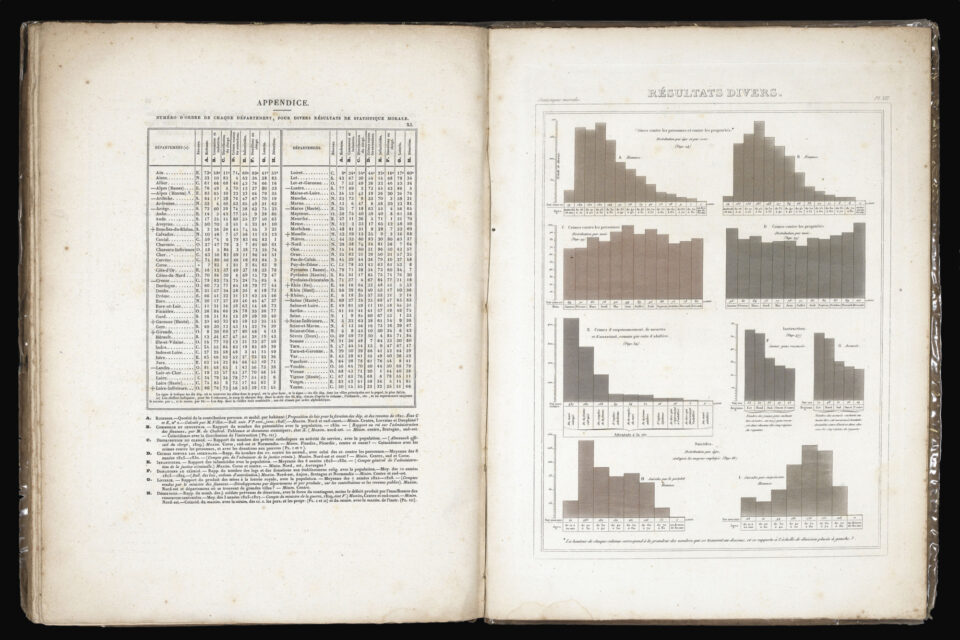 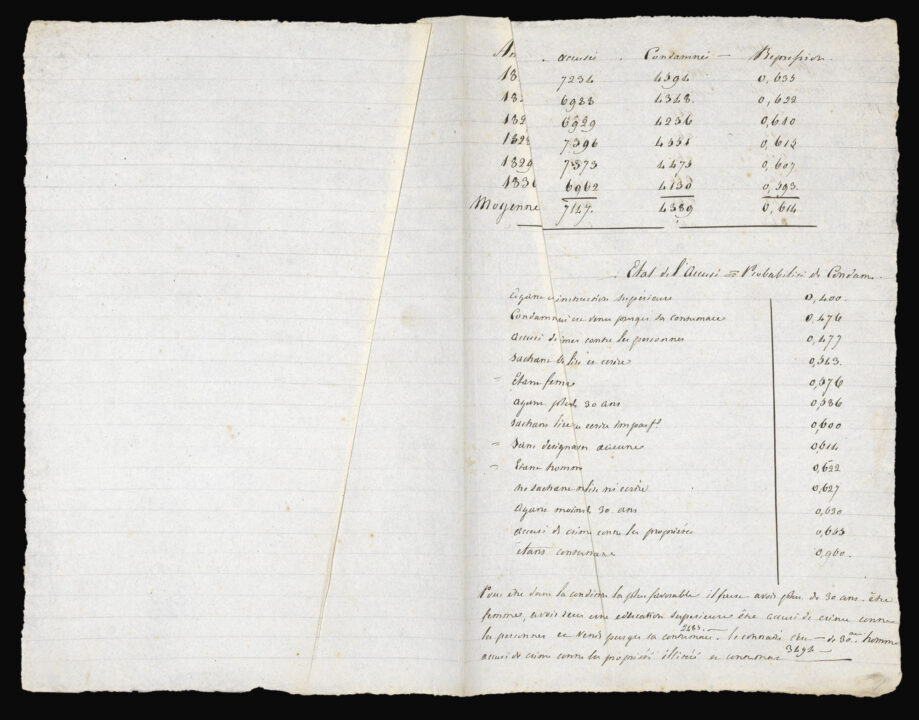