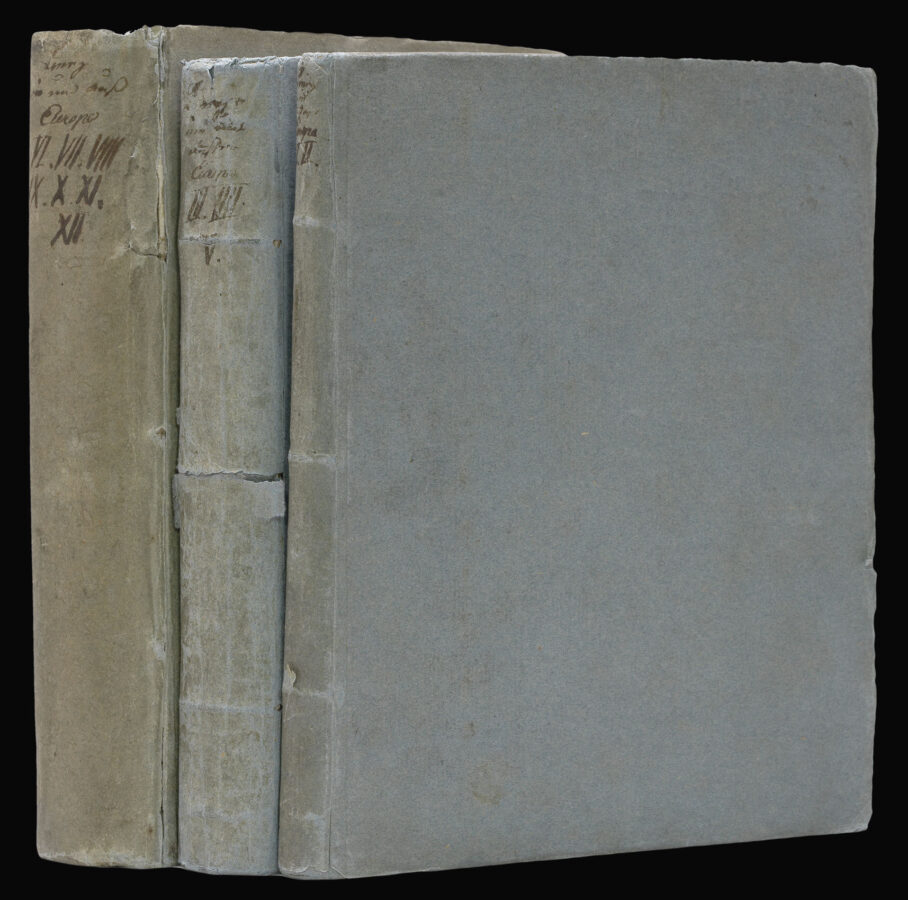 One of the earliest European chronicles of the American War of Independence.

Christoph Heinrich Korn (1726–1783) was a German army officer and writer; ​‘Geschichte der Kriege’ is attributed to him by Howes. In total it contains thirty parts, but the first 12 present here deal with recent warfare in America. Part one brings the reader up to date on events to 1755. It contains a black and white plan of Boston, showing the batteries and powder store, and a folding coloured plan of North America with French nomenclature. Part two is preceded by a view of Quebec and the St Lawrence River, and covers the period from the French and Indian War to the American War of Independence. Parts three to twelve begin with the Declaration of Independence and conclude at the end of 1777 (part ten also contains an index to the previous parts). Part three is preceded by a plan of Quebec; part four is preceded by a plan of Fort Crown Point, constructed near the ruins of Fort Saint-Frédéric on Lake Champlain and captured by Revolutionary forces in 1775; part five contains a folding map of the island of Montreal after Nicolas Bellin, with an inset view of the city, and a folding coloured map of New England, New York and Pennsylvania. Montreal was captured by the British in 1763, a blow to French colonial authority in the area and providing economic stimulus through the fur trade, and fell to Revolutionary forces in 1775.

Part six is preceded by a plan of Pennsylvania, showing the grid system, and contains a folding coloured map of the island of New York after William Faden, showing Fort Washington and the positions of attack during the Battle of Fort Washington in 1776, which resulted in the British capture of New York. Part eight also contains a coloured folding map showing New York, this time the area covered by the Battle of White Plains in 1776. These two plans are amongst the very few battle plans showing New York from the Revolutionary War.

Part ten contains a folding map of Philadelphia and the Delaware, where the Declaration of Independence was signed and the Constitution was drawn up. 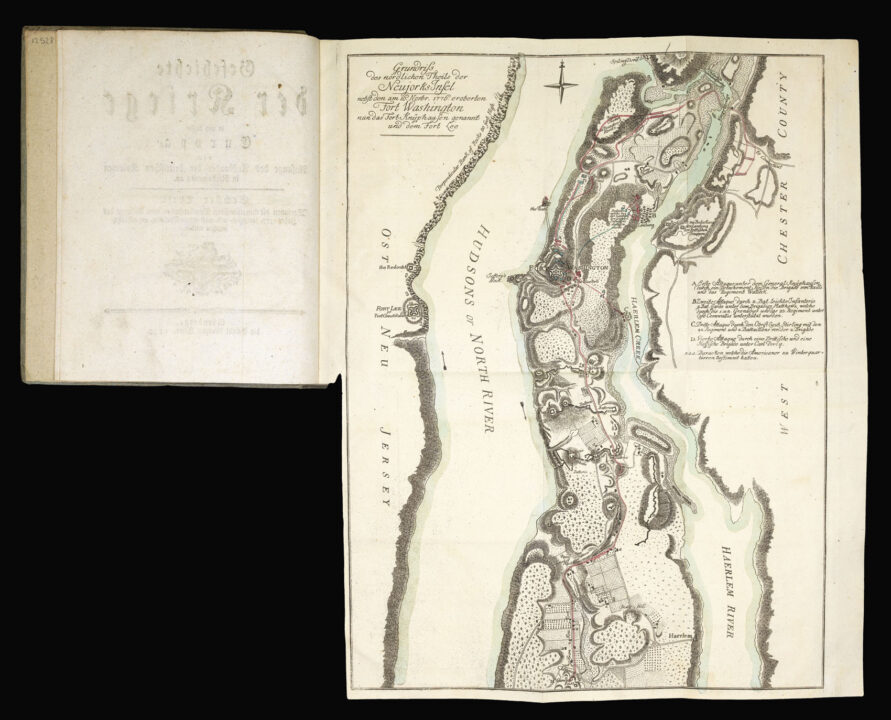 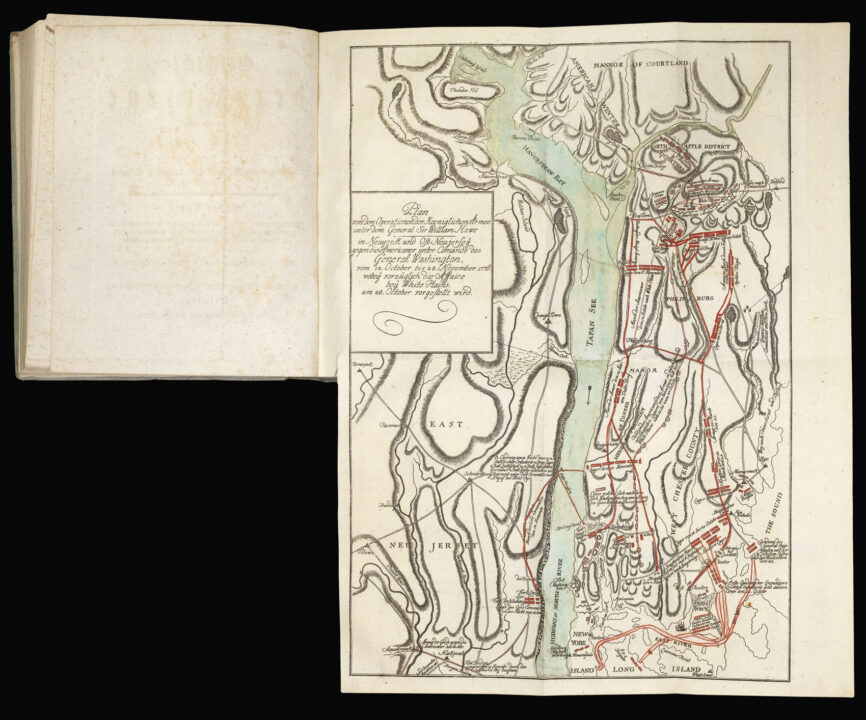 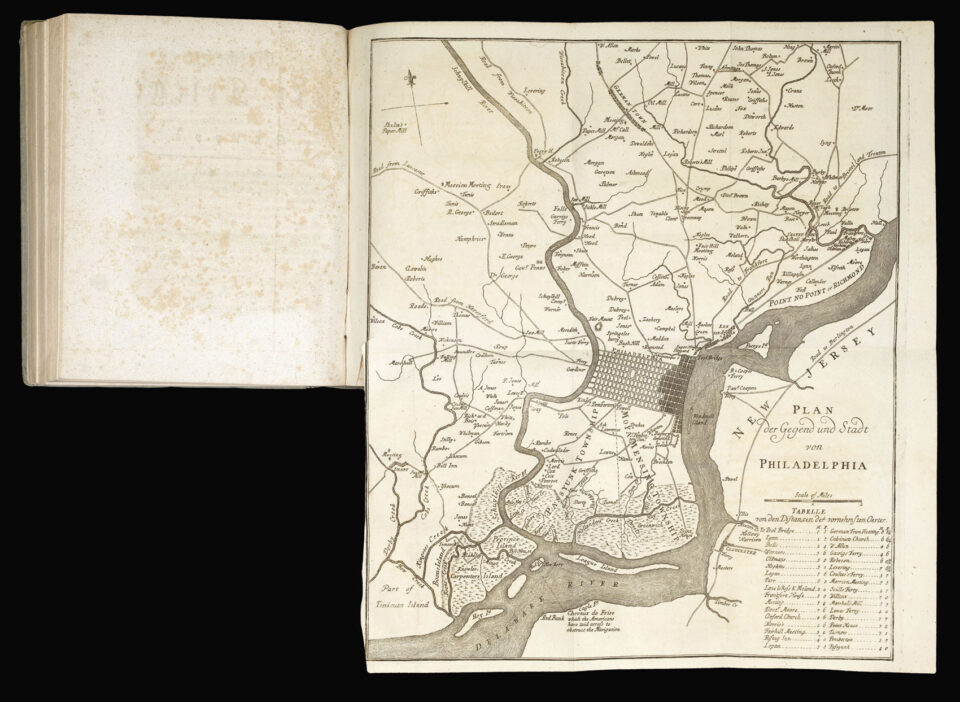 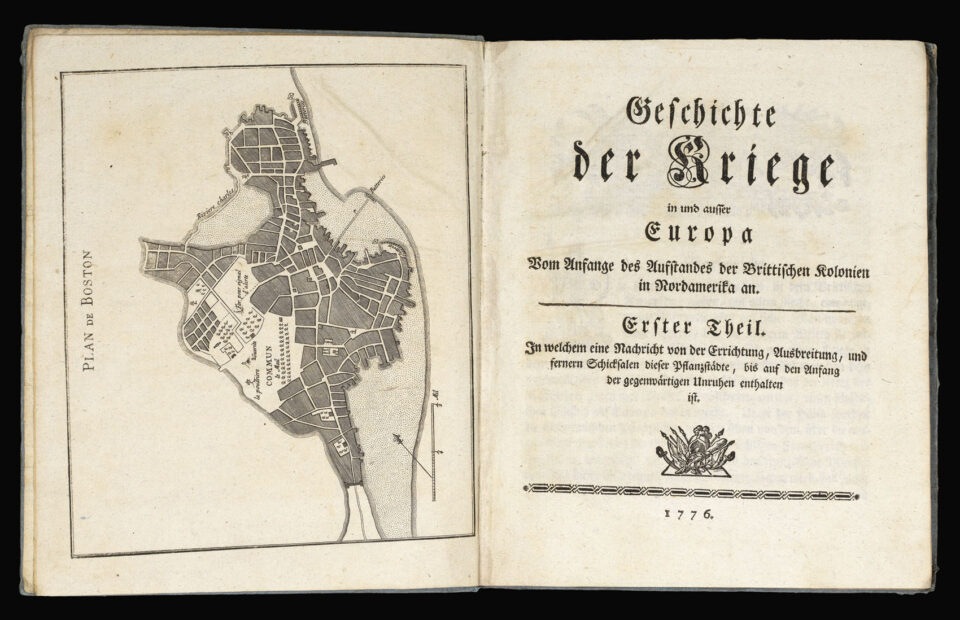 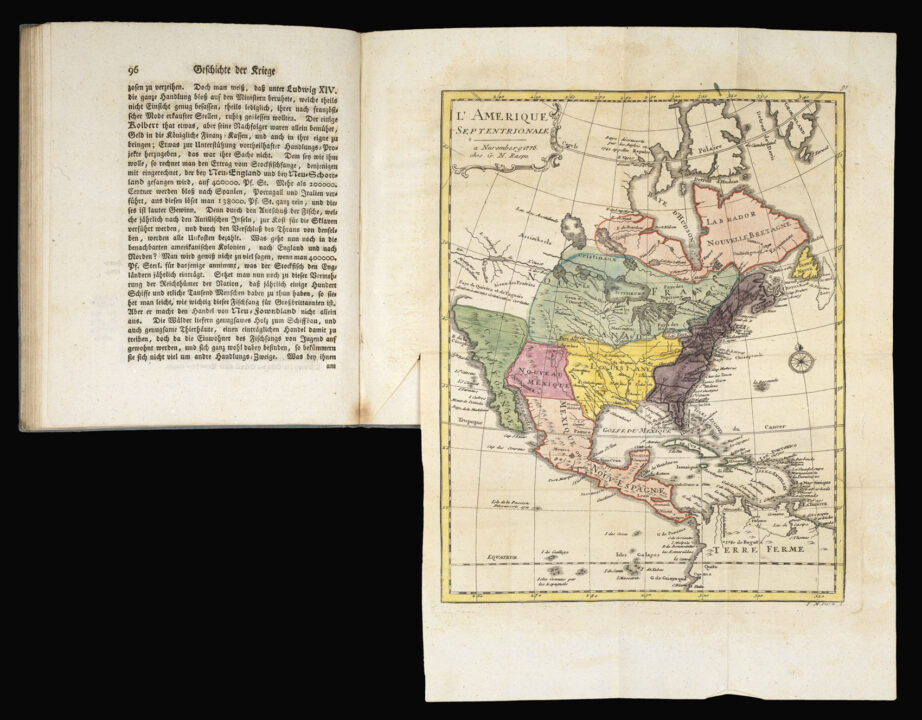 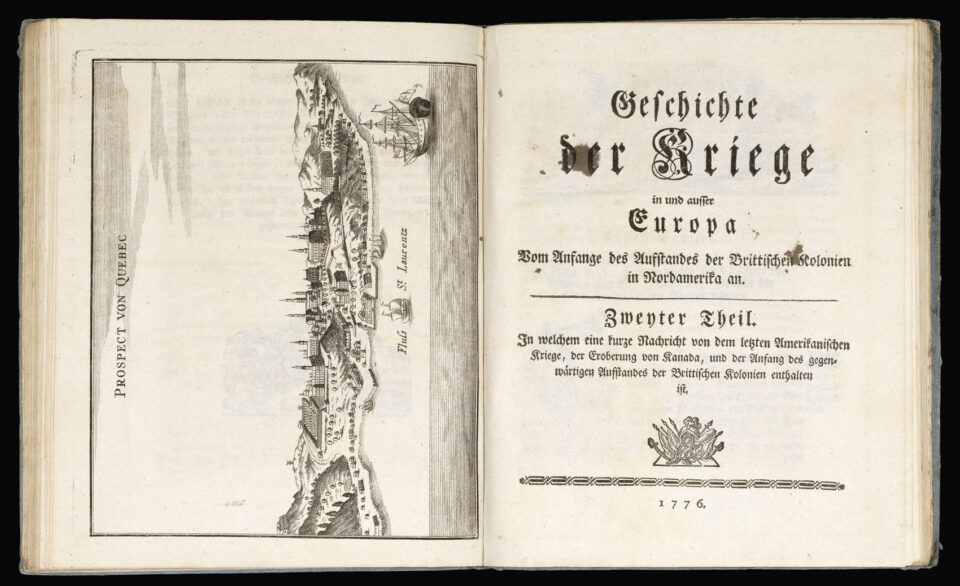 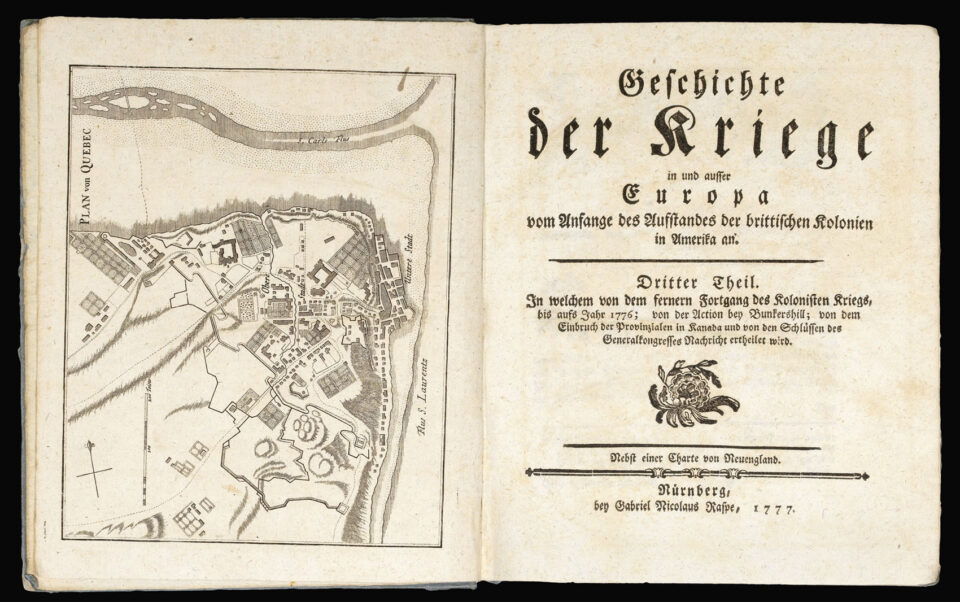 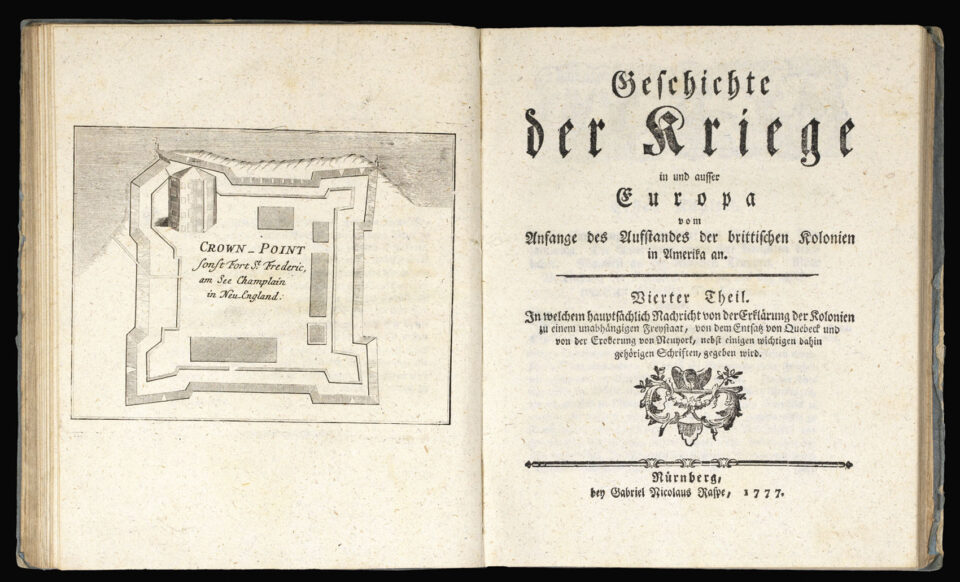 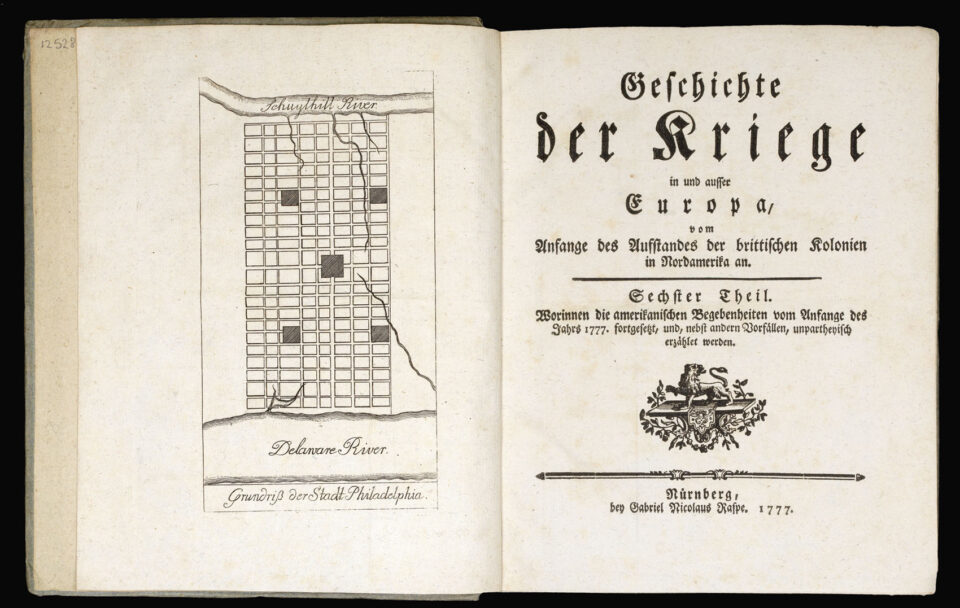 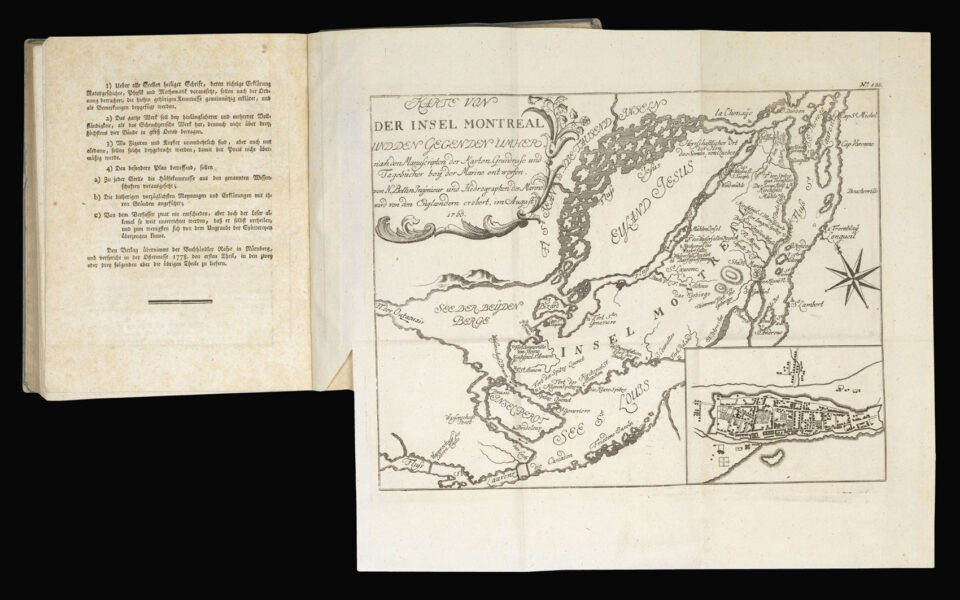 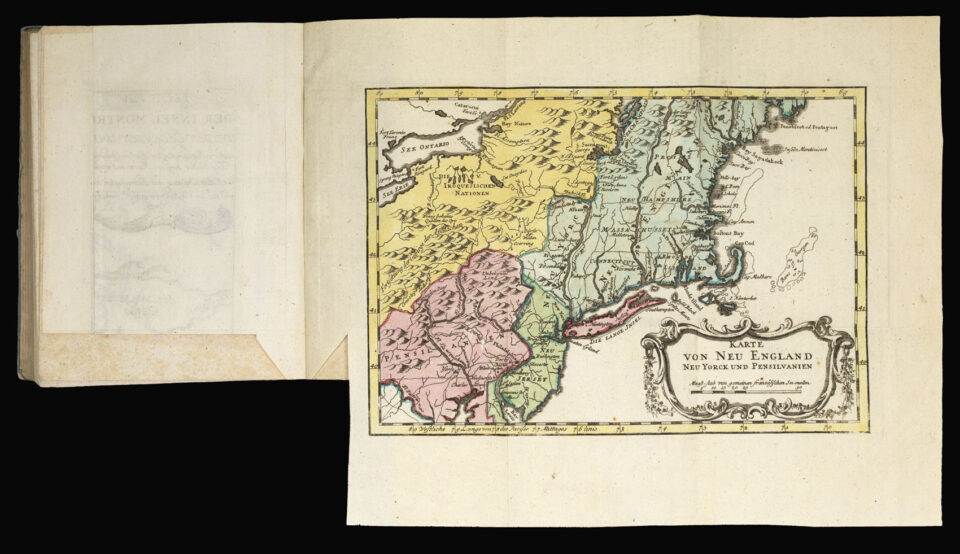 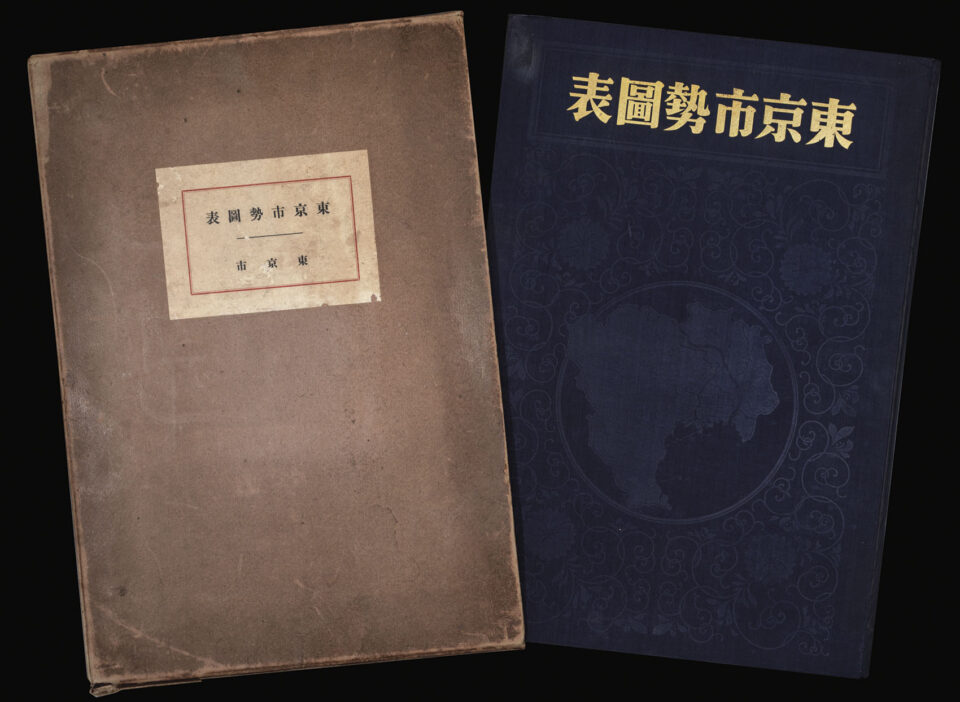