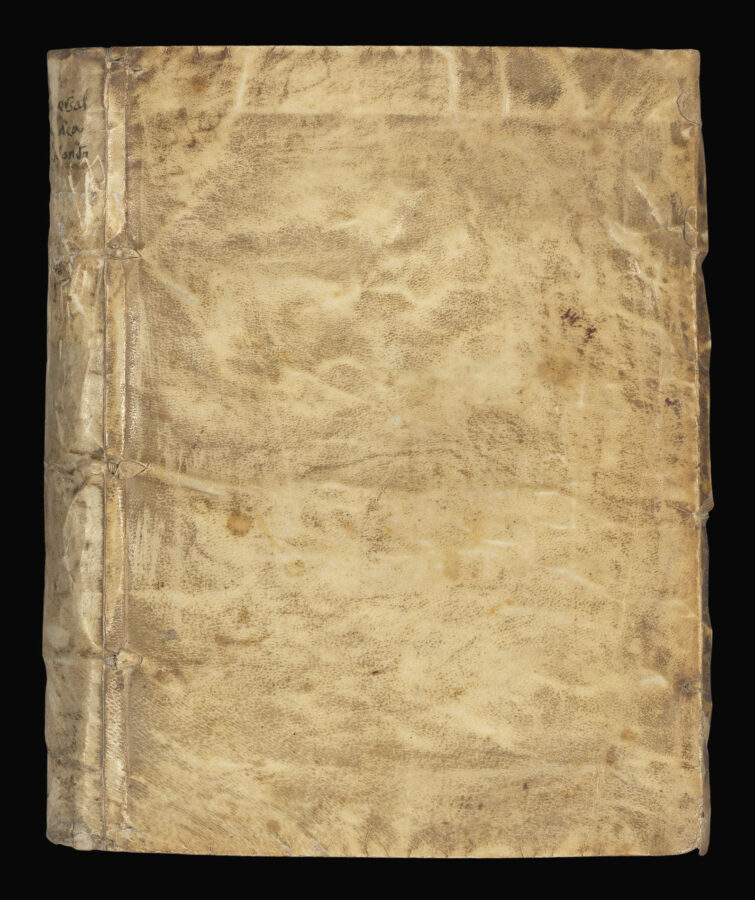 Exceptionally rare: one of only two known examples complete with all four maps of the continents, the only example in private hands, the other in the Biblioteca Nacional de España.

Anania’s ​“Fabrica” is an influential 16th-century geography, a comprehensive survey of Europe, Asia, and the Indies: the fourth part: ​“Quattro trattato del Nuovo Mondo”, 20-pages, concerns the Americas, and is illustrated with a superb map of North and South America and Terra del Fuego, with a portion of Greenland visible upper right entitled ​“Peru”. This map, and the others in the book are very similar in style to Gastaldi’s maps published with Mattioli’s text of Ptolemy’s ​“La Geografia” of 1547–1548. Burden reports: ​“For knowledge of this extremely rare map, known in only two examples, the author is grateful to Dr. Frtiz Hellwig… Cartographically it is difficult to identify any sources clearly but the north-east coast of North America appears to derive from the Ruscelli ​‘Tierra Nueva’ of 1561… A Forlani type river system appears in the west along with California”.

The other maps are:

​“Asia” extending from eastern Africa and the Nile to the East Indies, the Indian Ocean decorated with sea monsters and sailing ships (printer’s creases)

Anania (1545 – 1609) was an Italian geographer, humanist, historian and theologian; the author of ​“De natura daemonum”, 1570, a treatise supporting the existence of the Devil. A scholarly man, ​“it is hard to find an authority whose writing was in print before 1573 whom he does not list in his bibliography or cite in his text” (Lach, Asia in the making of Europe, II, 1977, p. 230).

Near contemporary ownership inscription on the title-page, partially obscured; 19th-century shelf-marks on the front paste-down. 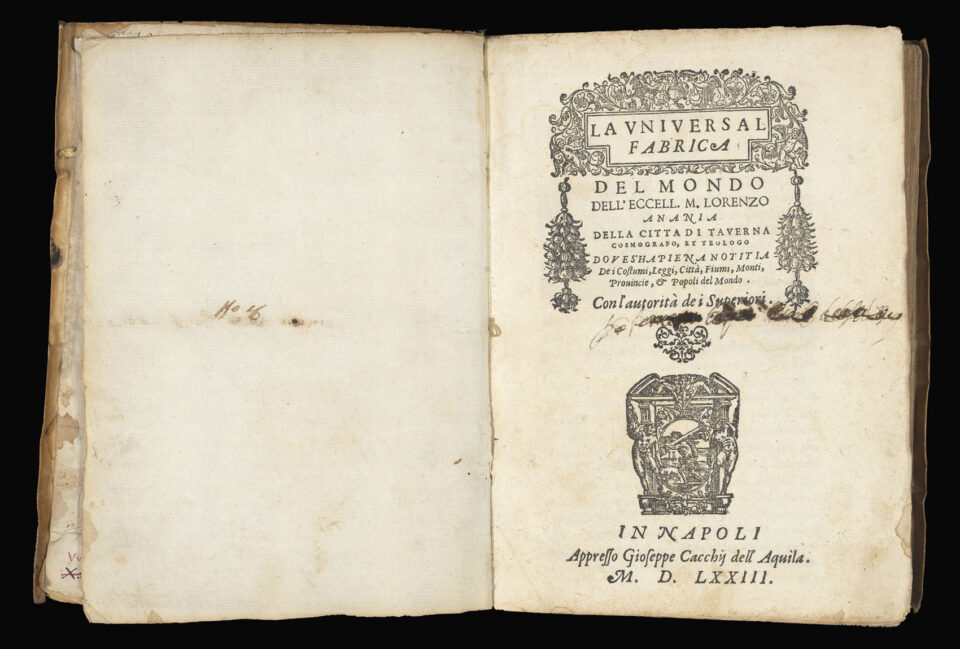 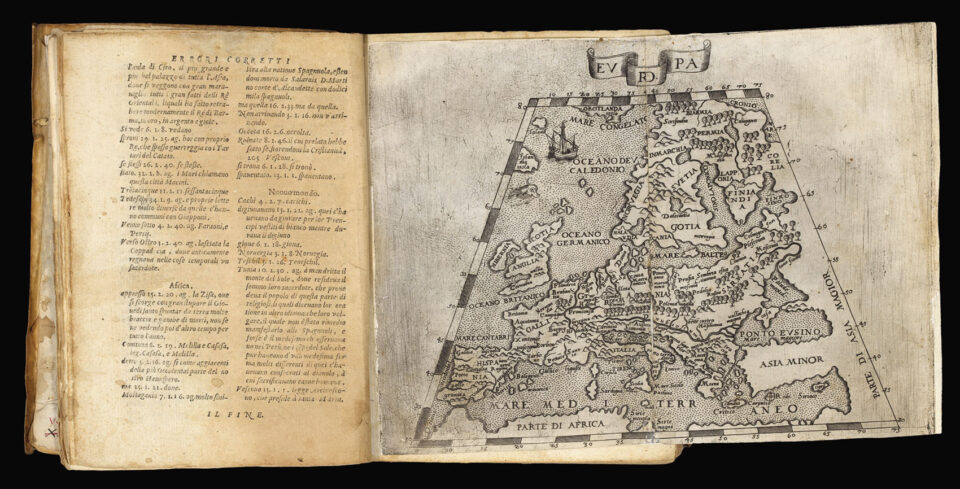 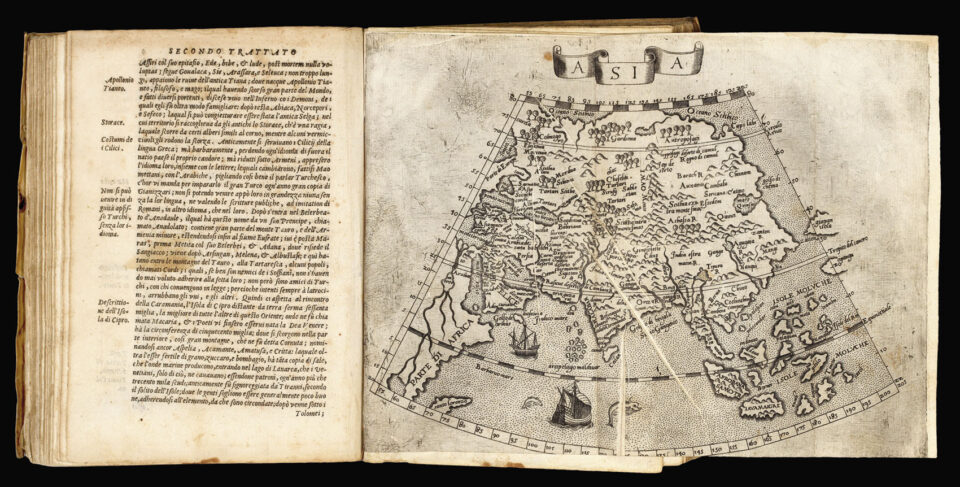 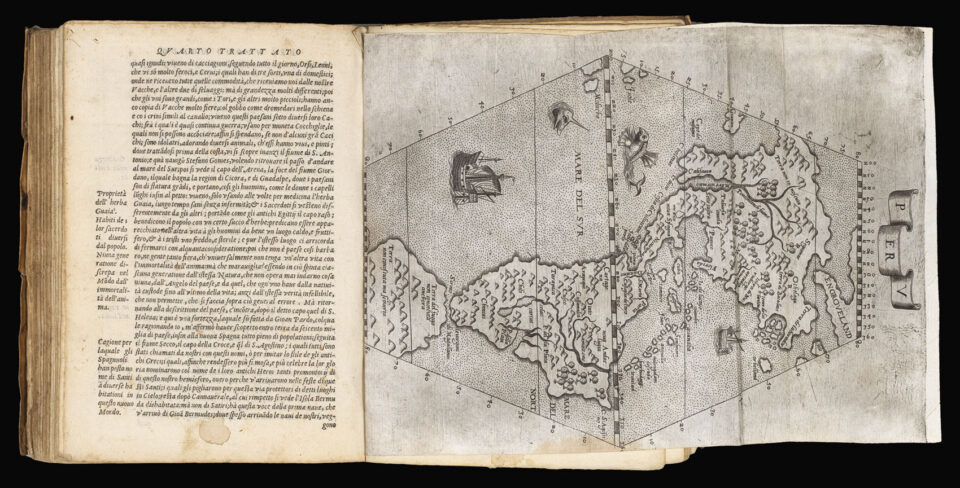