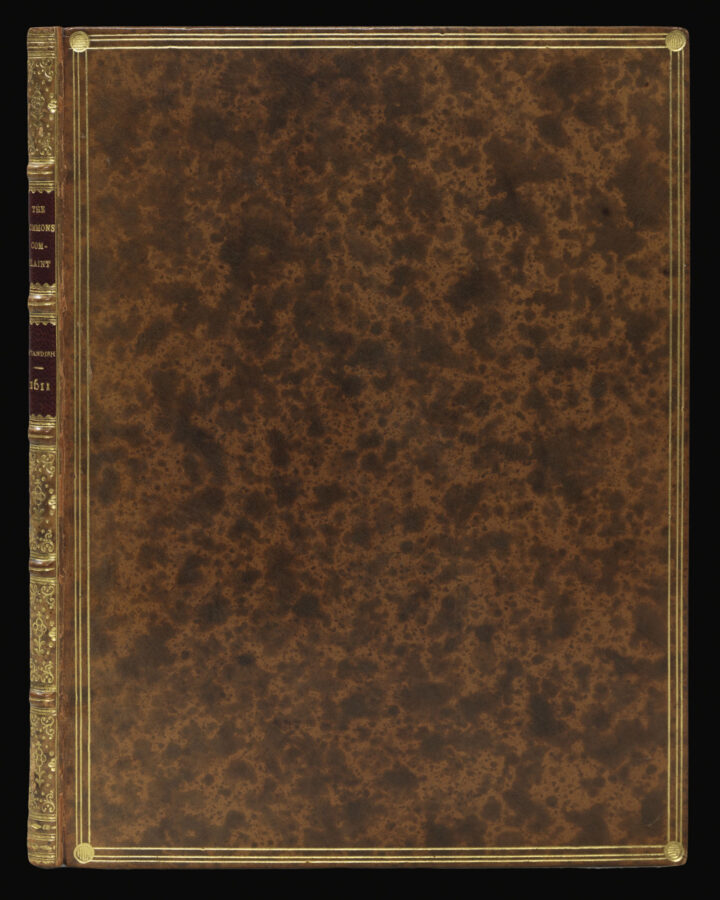 “No wood no kingdome”

The Commons Complaint wherein is Contained Two Speciall Grievances: The First, the Generall Destruction and Waste of Woods in this Kingdome, with a Remedy for the Same… the Second Grievance is the Extreme Dearth of Victuals.

Standish’s plea to England to plant more trees, in order to avoid ecological and political collapse of the English state.

Late Elizabethan and early Jacobean discourse was greatly concerned with the uncurbed felling of trees that was taking place throughout the realm, and whose ramifications were cast in both political as well as ecological terms. Arthur Standish (fl1562-1615), who became alarmed at the extent of the deforestation he witnessed when travelling around England was one of the many writers who contributed to the debate surrounding the issue, publishing a series of works about his findings.

His first book ​‘The Commons’ Complaint’ — the present work — was produced in 1611. The pamphlet, in strikingly modern clear prose, sees Standish seeking to draw James I’s attention to the urgent need for renewable resources. ​“All are given to take the profit present, but few or none at all regard the posteritie or future times”. He goes on to urge the growing of fruit trees in order to improve food security, and the planting of timber trees in headlands and hedges, in order to increase resources, otherwise ​“no wood no kingdome”, the destruction of vermin, finally dealing with rural poverty.

So impressed was the king that the work received a licence from James I, which appeared as a preface in his later works, such as the ​‘New Directions of Experience of the Commons’, published in 1613. 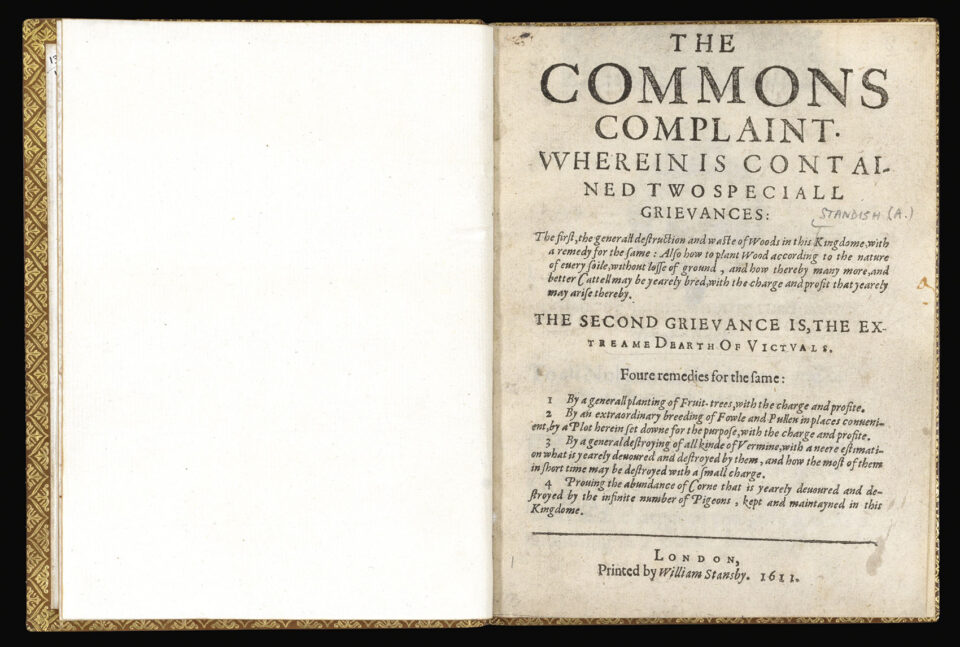