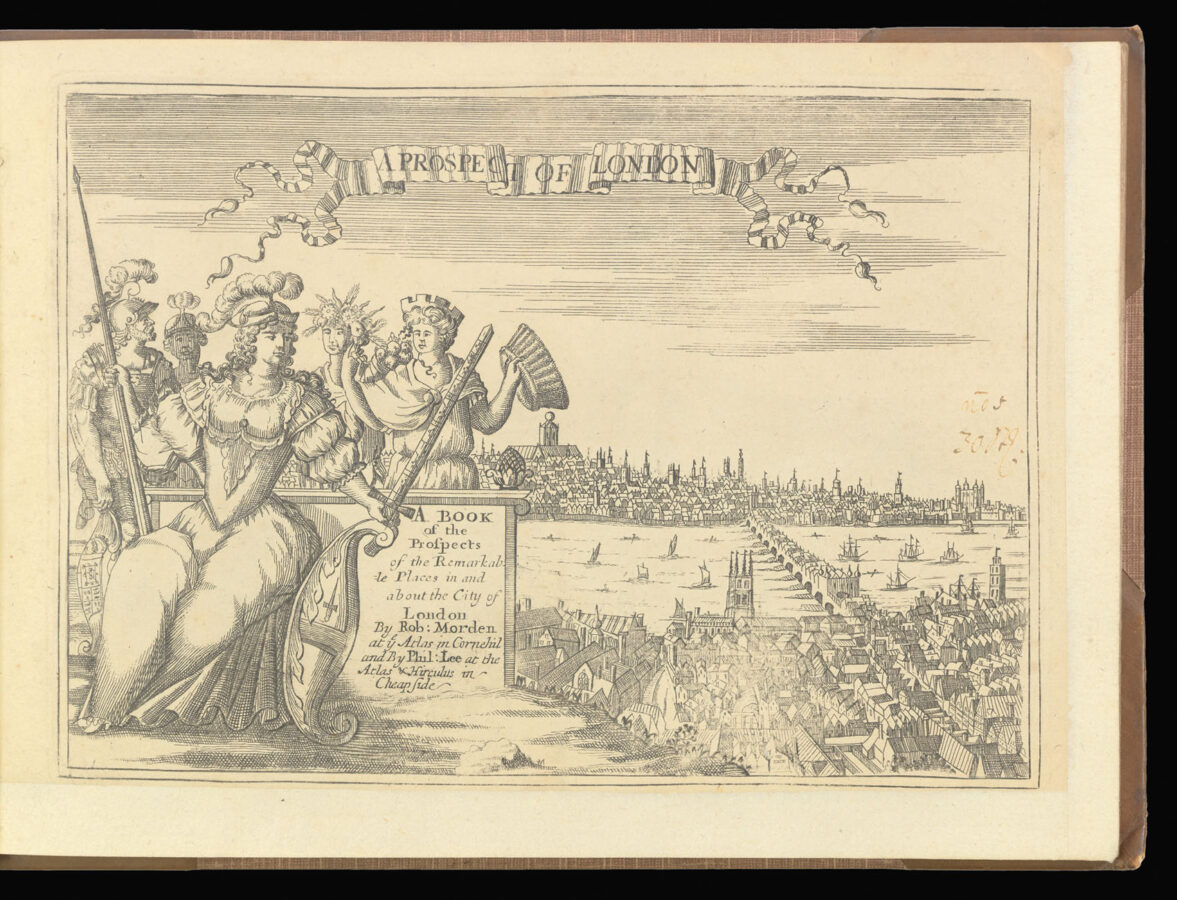 Robert Morden and Philip Lea were map and print sellers trading respectively at the Atlas in Cornhill and the Atlas and Hercules in Cheapside near the corner of Friday Street. Morden was the publisher of treatises on geography and navigation, of map pocket-books, of military maps in conjunction with William Berry, and of Hollar’s 1675 map of London with Robert Green. It was, perhaps, as a result of the sale of William Morgan’s maps and books conducted by Berry and other stationers at Garraway’s Coffee House (London Gazette 2235, 18–21 April 1687) that Morden became the publisher, in partnership with Lea, of two later issues (c.1692 and 1720) of William Morgan’s 1681–1681 map ​“London Actually Survey’d”, complete with its 13 inset views, ornaments and carefully drawn prospect of London from the Thames. The map and its appendages are described in detail in Lea’s undated ​“Catalogue of Globes, spheres, maps, Mathematical Projections, books and instruments”, probably compiled at the turn of the century, but by the date of their second issue both publishers had been dead for nearly 20 years and the widow Anne Lea was carrying on the business. This catalogue also advertises, under the heading ​“Books of Maps & c. by Philip Lea”, ​“The Prospects of London, Westminster, and Southwark in 35 leaves, price 2s 6d”.

A total of no more than 31 plates, including the engraved title, can be mustered from the four previously known examples of the work. Pepys collected ten of these; they are laid down in his first album of London prints. Twele are(slightly crude) copies of the views found on the Morgan map and, from this evidence and that of watermarks, it may be inferred that the ​“Prospects” were first issued between 1687 and Morden and Lea’s earlier publication of the map, of which they appear to be a by-product. Of the 31 plates identified by Adams in his ​“London Illustrated”, the present example is missing only the view of Clarendon House. This is arguably because it was demolished in 1683 and, therefore, had no place in a topographical book issued in 1700.

Of the plates, two are signed: ​‘The Custom House’ signed John Dunstall. John Dunstall (fl.1644–1675) was a draughtsmen and engraver working in Blackfriars. He is principally known for his engravings of London landmarks, but also worked for several booksellers producing portrait frontispieces, including Charles I, Charles II, William III, and Queen Mary. A view of the British Museum’s on-line catalogue also confirms that he was responsible for several of the other views in the work: Westminster Abbey (30), Southwark Cathedral (24), and Part of Westminster (26). The other plate of ​‘St. Paul’s Covent Garden’ is signed by John Seller (1630–1697), the leading English mapseller of the period.

The only plate that bears any text is that of ​‘The Monument’, which reads: ​“The figure of ye Columne Erected for ye Perpetual Memory of ye most famous City of London that was almost laid wast by fire in ye Prodigious year 1666 which frome a Basis of 27 foot square is Elevated with its head 202 feet high.” To the right of the text is a scale bar in feet.

Rare we are only able to trace four institutional examples.

1. A Prospect of London (with title).
2. The Cathedral Church of St. Paul as it was before ye fire of London.
3. St. Paul’s.
4. Bow Church.
5. The Royal Exchange of London.
6. The Marble Statue of King Charles the 2d. on the Royall Exchange.
7. The Statue of King Charles II. at the Entrance of Cornhill.
8. Guildhall.
9. Thanet House in Aldersgate Street.
10. Mercers Chappel.
11. The Entrance of the Royall Colledge of Phisitians.
12. The Royal Colledge of Phistians London.
13. The Monument.
14. The Custom House.
15. The Temple.
16. Temple Barr The West Side.
17. Somerset House.
18. St. Pauls Covent Garden.
19. The Banqueting House.
20. The Statue of King Charles I. at Charing Cross in Brass.
21. The Hospital of Bethlehem.
22. The Tower of London.
23. Lambeth House.
24. St. Marie Overs in Southwark.
25. The Kings Gate at Whitehall leading to Westminster.
26. Part of Westminster — Parliament House, the Hall, the Abby.
27. White Hall.
28. Westminster Hall.
29. The Entrance to Westminster Hall.
30. Westminster Abbey. 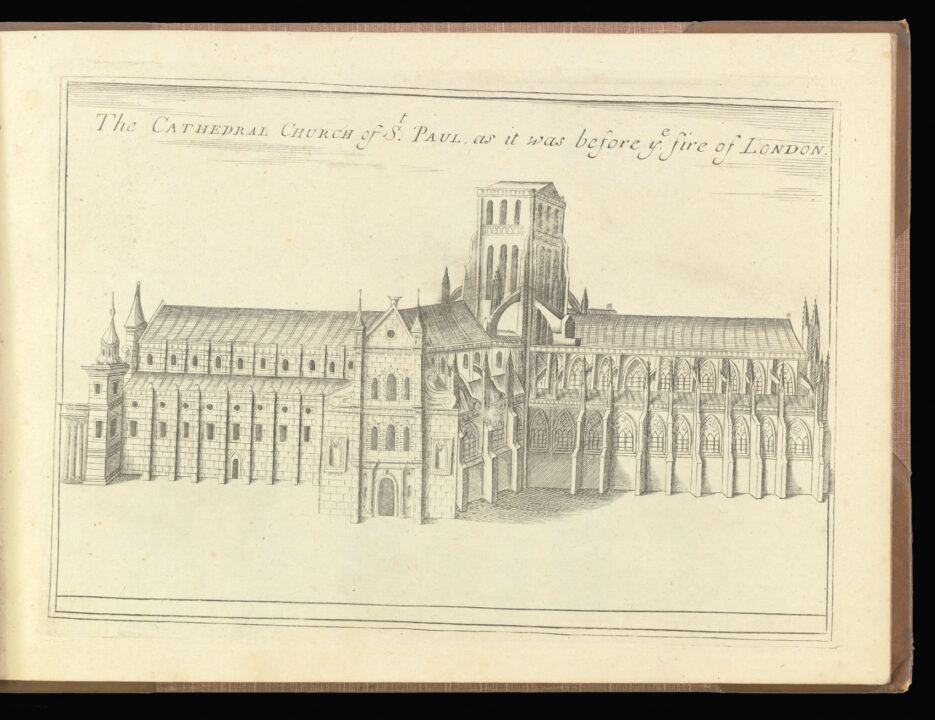 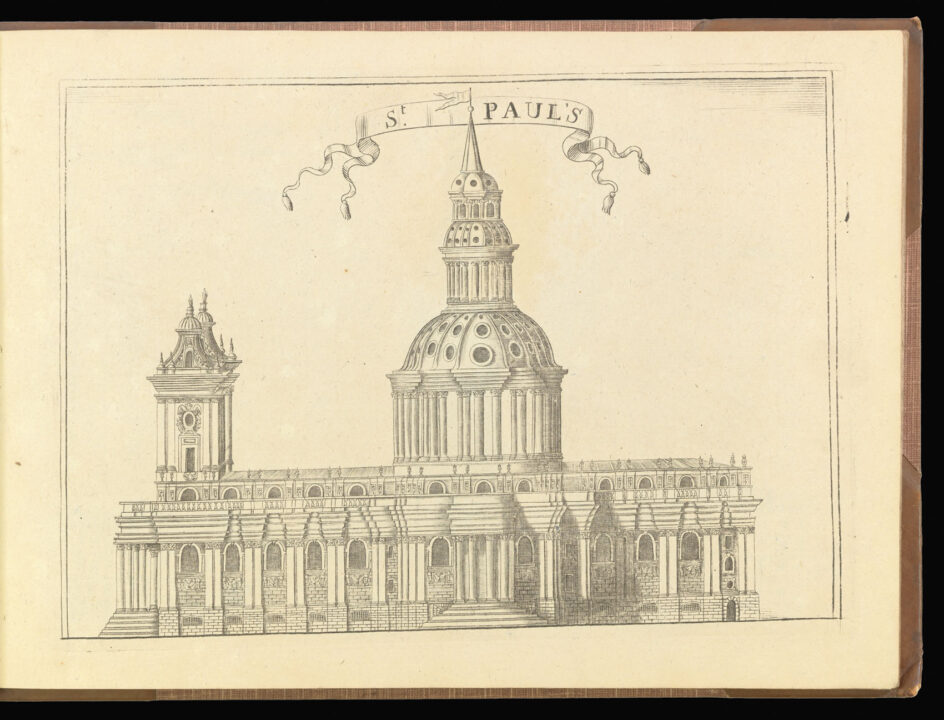 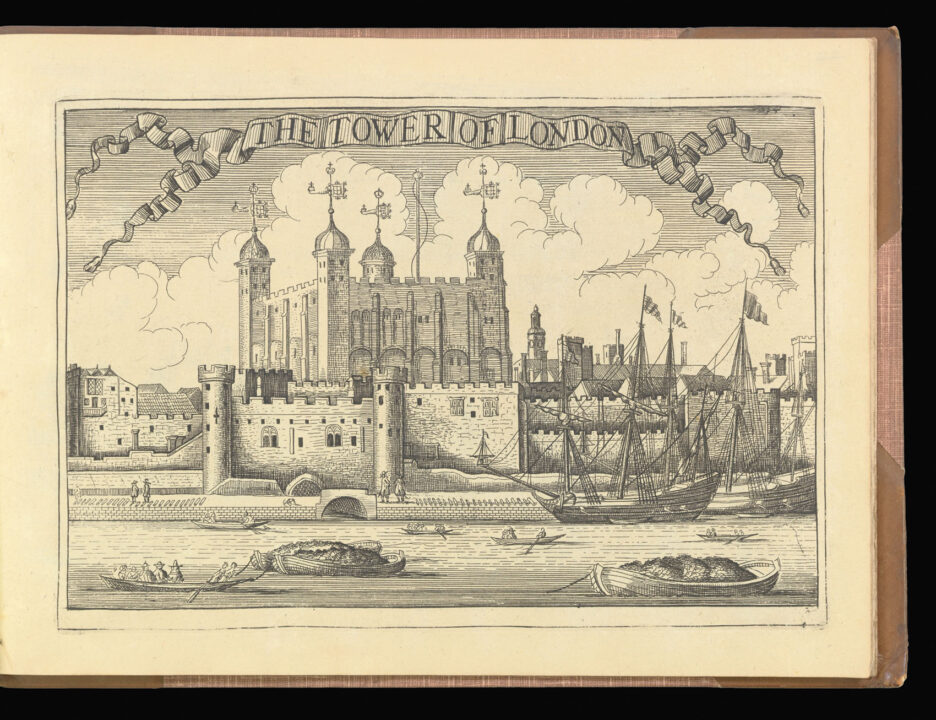 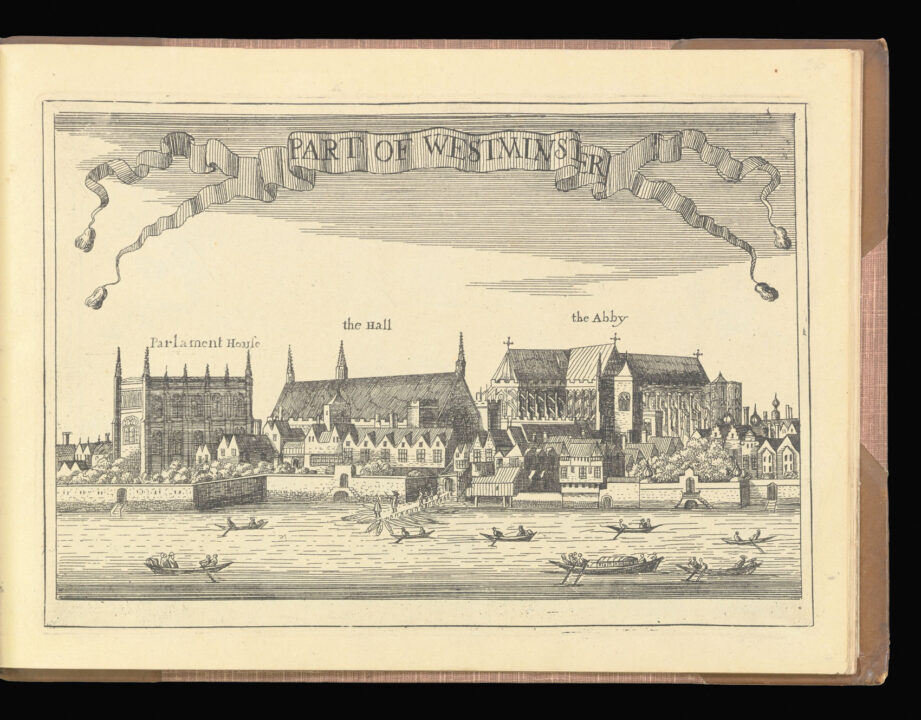